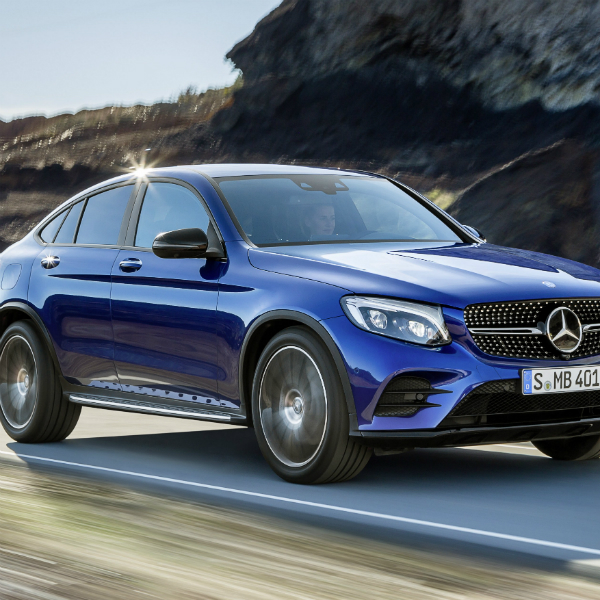 ONCE, they were the must-have motor of the moment. Now standard SUVs are considered old news. The hottest ticket in town is the ‘coupé crossover’ – a car that is carefully constructed from countless focus groups to blend the attitude of an SUV with the style of a fastback sports car. And the latest manufacturer to jump on the bandwagon is Mercedes, with the new GLC Coupé.

The new Benz is a rival to the likes of the BMW X4, and follows in the tyre tracks of the larger GLE Coupé.

Like BMW, Mercedes hopes that there are more than enough SUV owners who are looking to trade into the next statement vehicle.  Last year, SUVs became Europe’s best selling type of car, and it’s this ubiquity that is likely to steer image conscious drivers towards crossovers.

The GLC Coupé will go on sale in Britain in October, and is likely to cost from £38,000 when it goes on sale in October. It is based on the GLC SUV and costs about £3,000 more than an equivalent model. The main difference is its sleeker bodywork, which sacrifices interior space in return for head-turning looks. In profile, the window line has a hint of a coupe about it.

Bart Herring, a spokesman for Mercedes USA, said: “We’re seeing a burgeoning market for SUVs that combine beauty and functionality. The GLC Coupé is exactly that. You get the sports feel and emotion of the C plus the off-road capability of an SUV.”

British drivers are likely to be offered four versions of the GLC Coupé, all with four-wheel drive. The entry-level model will be the 220 d 4Matic Coupé, which features a  2.1-litre turbo diesel engine with 168bhp and that can return up to 55mpg.

Next up is the 250 d, with 201bhp and the same fuel consumption. For drivers wary of the emissions of diesel engines, Mercedes is likely to offer two petrol motors. The first is confirmed as being the 250, with 208bhp and fuel economy of 40mpg. Likely to join the range later is the GLC 43 AMG, with a 362bhp, twin-turbo V6.

With more drivers switching on to the benefits of plug-in hybrid cars, it’s no surprise Mercedes will launch a PHEV version of the GLC Coupé next year.

The 350 e 4Matic is claimed to emit as little as 59g/km of CO2, by combining a 2-litre, four-cylinder petrol engine with an electric motor and battery that can be charged from the mains. The company hasn’t given details of the fuel consumption, but it’s likely to be over 125mpg.