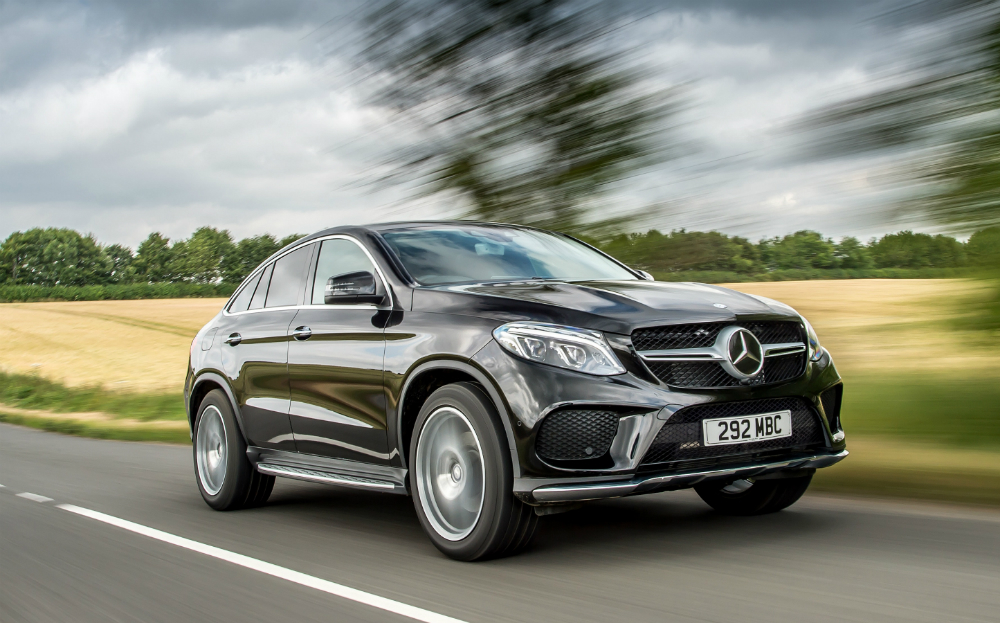 WITHOUT resorting to getting tangled up in a kiss and tell story splashed across the tabloids, climbing behind the wheel of the new Mercedes GLE 450 AMG Line coupé is probably as close as any of us will ever get to stepping into the shoes of a Premier League footballer.

A cross between a big, bulky 4×4 and, well, a big, bulky coupé, the GLE coupé is unquestionably the next big, bling thing for drivers who are looking to communicate their towering social status over the rest of the riff raff on the roads.

It’s a rival to the BMW X6, the car that started the whole metamorphosis from an SUV into a coupé. If the concept fails to grab you, then perhaps the other model in the GLE family, a traditional high-sided SUV, might be more to your taste. 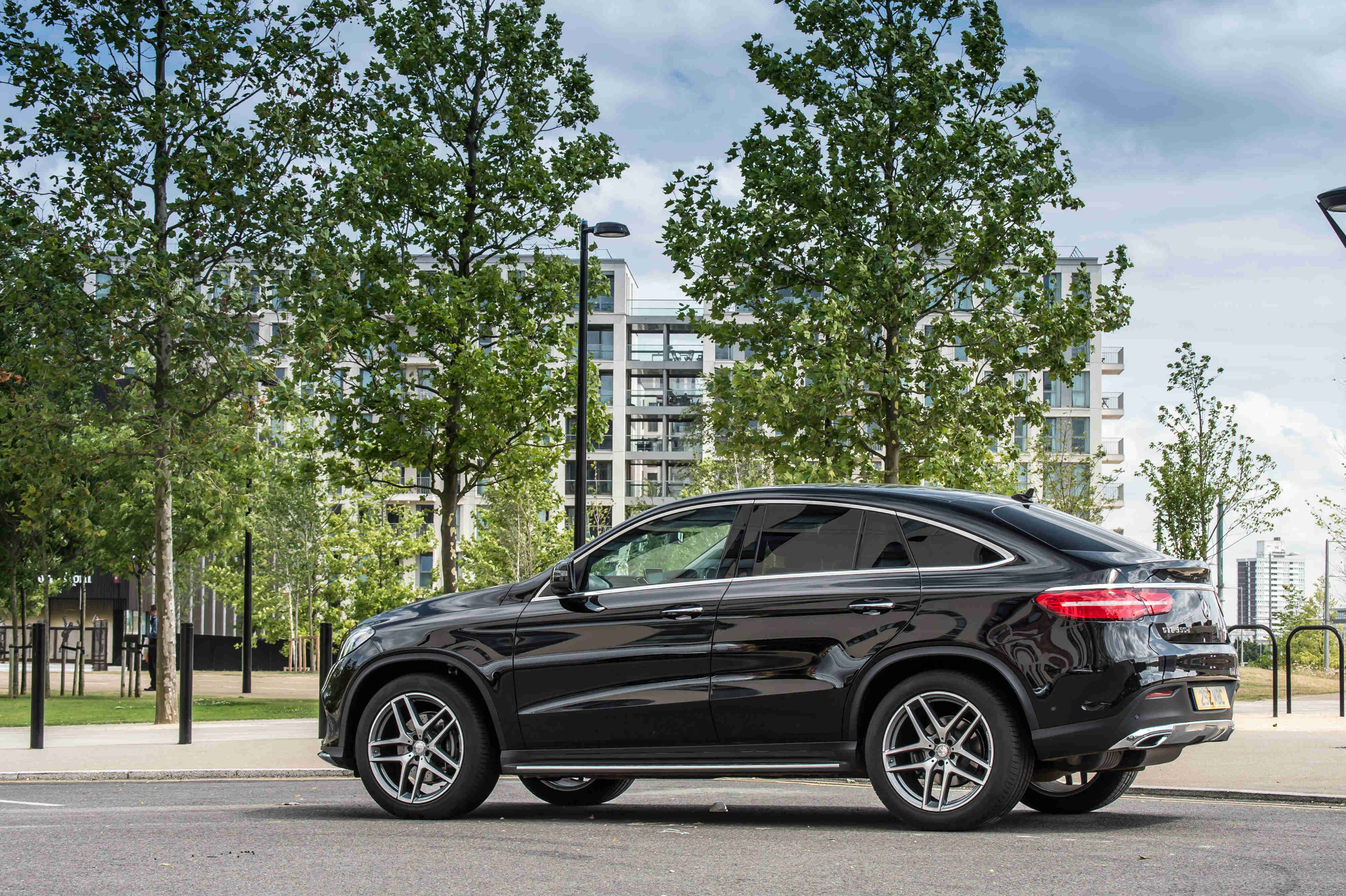 Standing at 1.73 metres tall, 2m wide and stretching 4.97 metres, the GLE coupé dwarfs even the largest of people carriers, such as a seven seat Seat Alhambra. Make no mistake, it will get its driver noticed and set tongues wagging. But if our experience is anything to go by, don’t expect the chatter to be entirely complementary. The GLE coupé divides opinion like a glass and aluminium solar-roofed home built in the middle of a twee Cotswolds hamlet.

We put the new 450 AMG engine through its paces. This 3-litre V6 biturbo engine will gradually filter through the Mercedes car range; it’s effectively like a diet version of the full fat AMG high performance models, with fewer cylinders and less power but, nonetheless, a sporting bias to the way the car is engineered. And it’s the first opportunity we’ve had to try it.

If wading rivers and driving up steep, slippery banks are your thing – and let’s face it, some parents will do anything to get a better view of school sports day – then you should know that the coupé trades a little of the GLE SUV’s ground clearance, whether under the nose, below the belly or at the rump. Nevertheless, the wading depth is 500mm and it can tow a 3,500kg braked trailer. 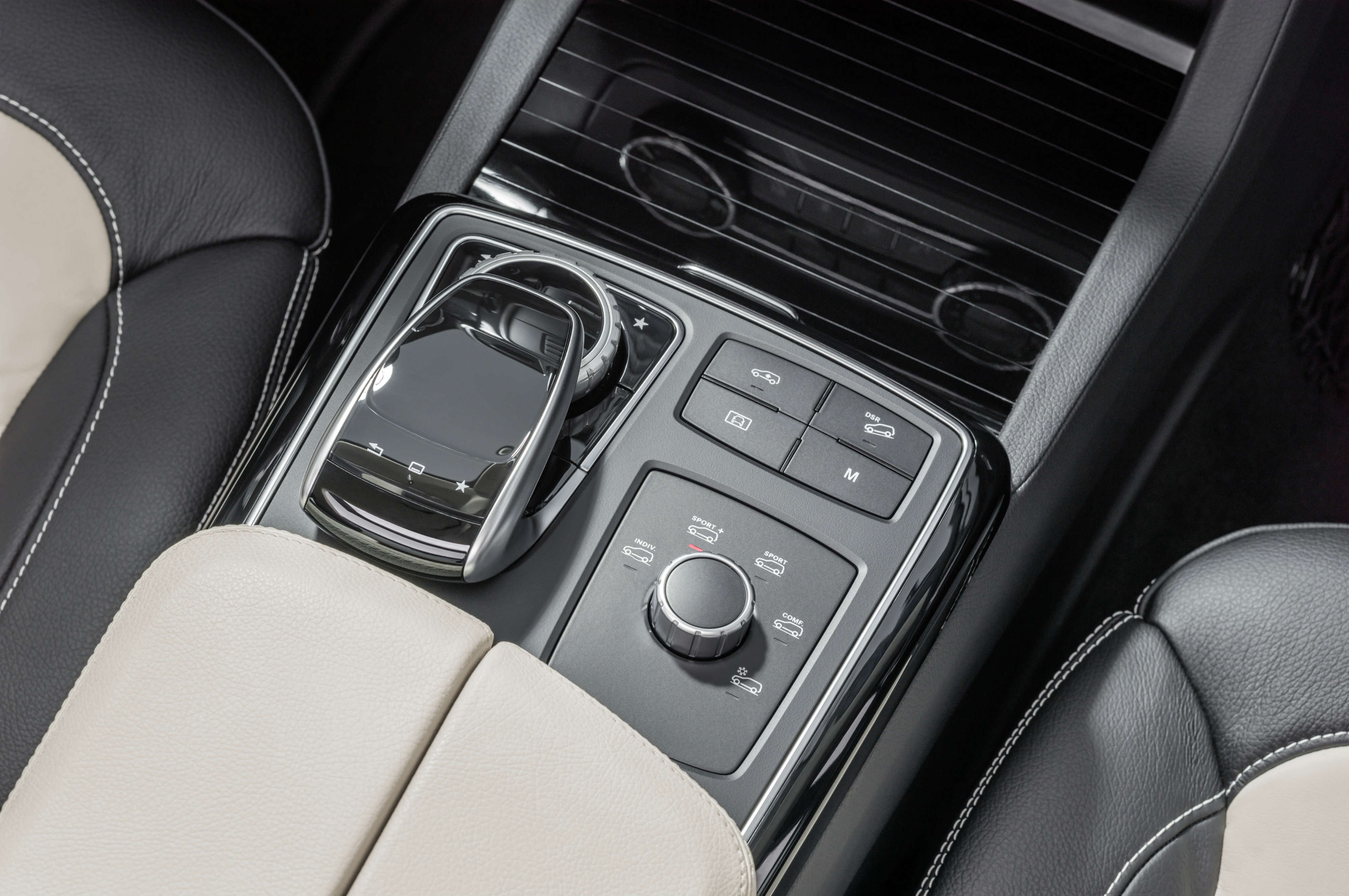 The 4Matic four-wheel drive system comes with a winter weather setting, but generally it can be left to its own devices in day to day driving. And with the 450 AMG 4Matic, that means it’s sporty. Typically, 60% of engine power is directed to the rear wheels, so when the Dynamic Select driving mode is set to Sport or Sport+, it really does try to behave like a sports car.

The nine-speed automatic gearbox is jerky in Drive when cold, but once the oil’s warmed through its gearshifts smooth out and in Sport or Sport+ settings prove lightning fast. What’s more, the exhaust pops like a series of balloons being burst each time you shift up or down a gear. Perhaps Mercedes pinched the engineer who worked at Jaguar developing the attention-seeking F-type sports car?

Whoa! What’s this? – the tail steps out of line under power, oversteering in a fashion that would make The Stig feel at home

The engine pulls hard from 1500rpm and the car can cover ground with impressive speed, but there’s not much point revving past 5,000rpm, as it feels flat after that. Driven sensibly, you might achieve 23mpg, as we did; press on and that will fall to around 16 or 17mpg.
The steering is quick-acting, the nose tucks into bends with enthusiasm and then – Whoa! What’s this? – the tail steps out of line under power, oversteering in a fashion that would make The Stig feel at home. 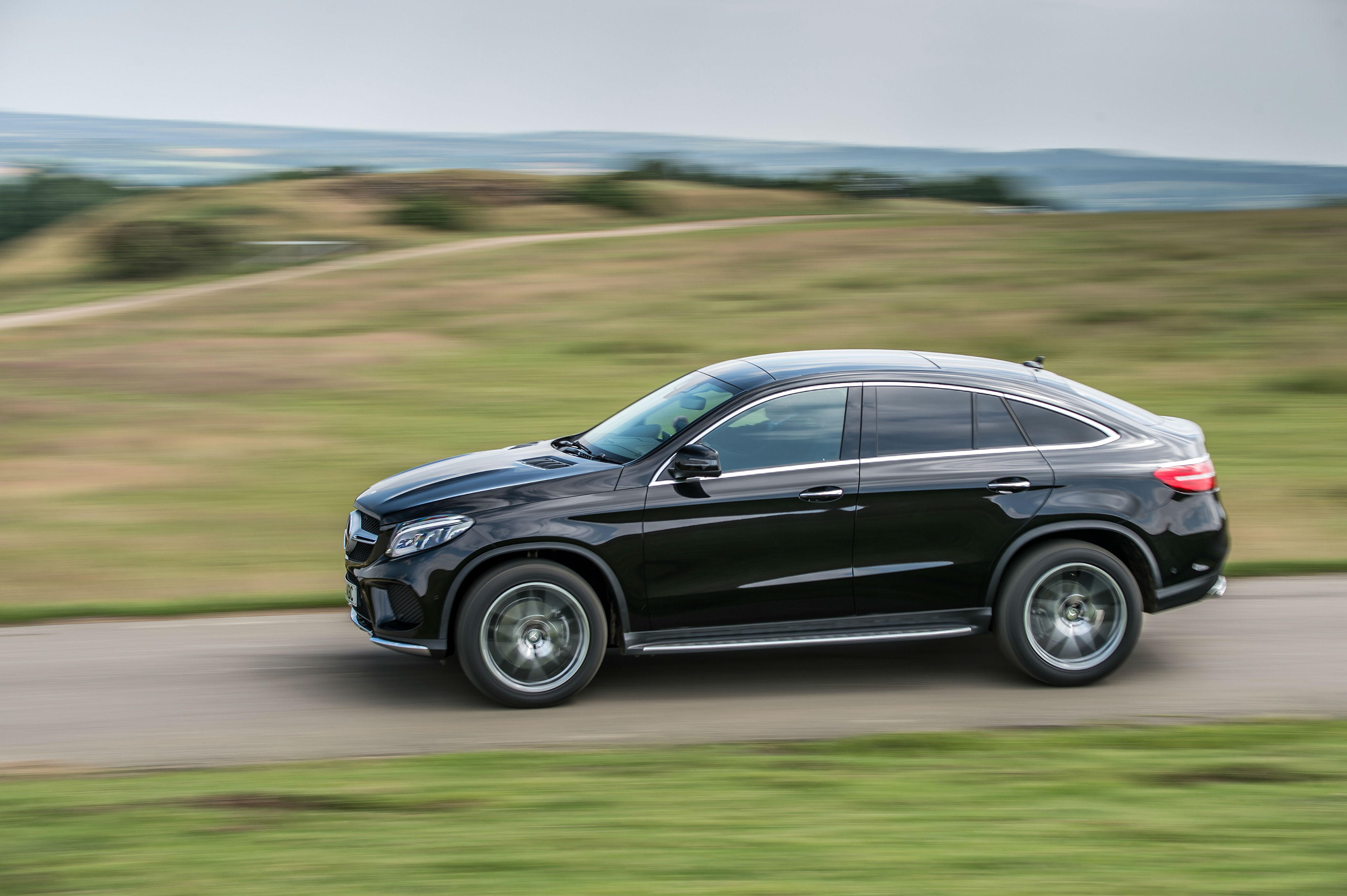 This is troubling behaviour. On the one hand, keen drivers might enjoy it; it’s more exuberant than a Porsche Cayenne, for example. On the other, shouldn’t it come with a parental advisory for mums or dads? Anyone with their children aboard is likely to find it all rather terrifying, should they misjudged matters when accelerating out of a slippery turn or roundabout.

You have to wonder whether the collective memory of Mercedes’ engineers is really so short that it doesn’t recall the drama of the 1997 A-class rolling over during independent tests?

Switch the car back into Comfort mode and there are further issues that are equally perturbing. The Airmatic air suspension gives the car feeling of having what can only be described as a wobbly bottom. The back of the car pitches and heaves sufficiently to have the whole family remarking on how unpleasant it is, then reaching for the window switches to blow some colour back into their green faces.

Equally unsettling is a brake pedal that feels as soft as stepping into a deep sand dune. It’s disconcerting, but at least the actual stopping power of the brakes is up to the job of bringing the 2220kg GLE to a halt.

The driving position is good, front seats are superb and the dashboard is almost as good as a BMW or Audi equivalent. On the whole, it oozes quality and never feels any less than comfortable. What lets it down is the confusing interface for the infotainment controller and the slightly restricted headroom. 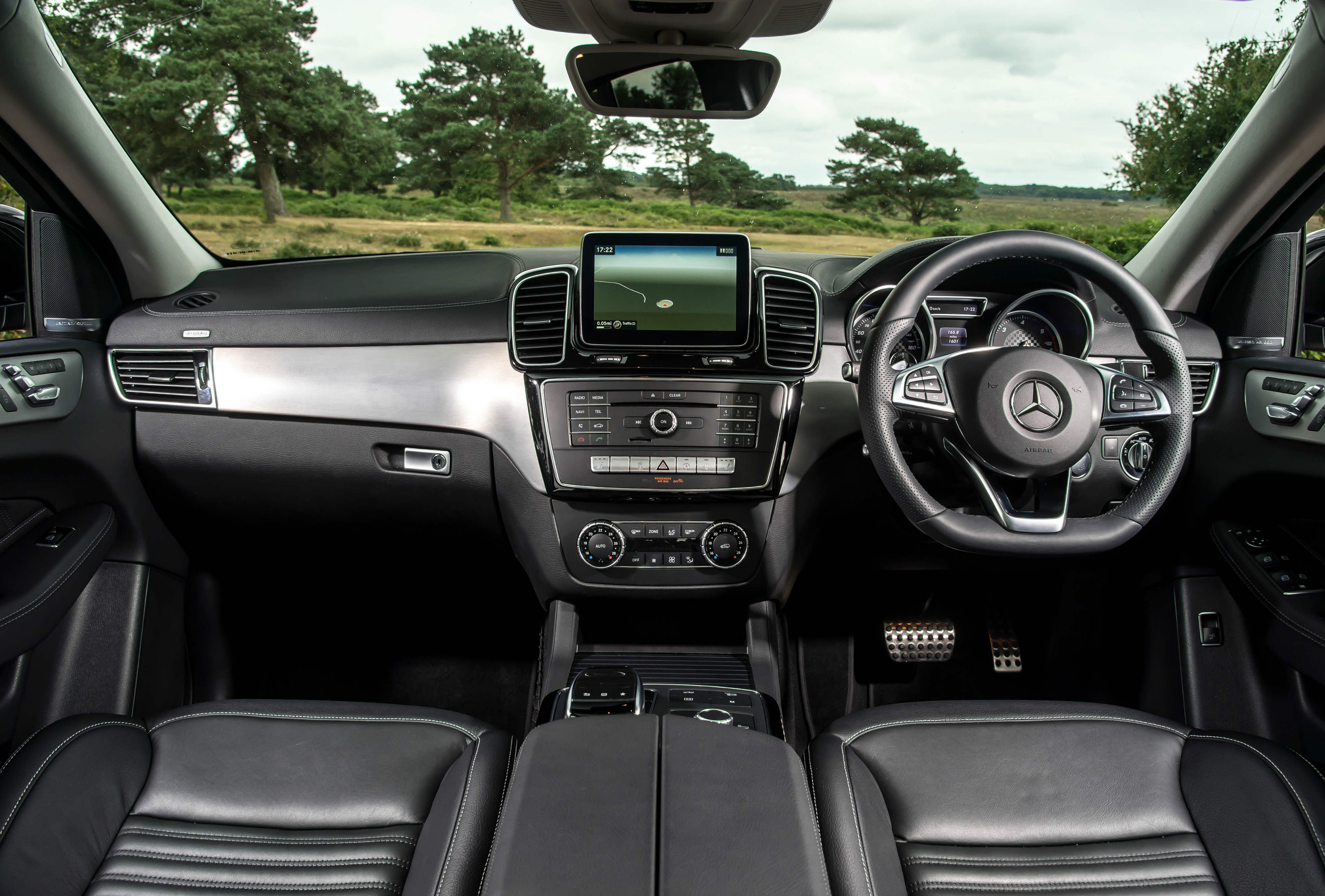 It’s much the same story in the back seats. There are two Isofix mounts for child seats, and three passengers can sit across the back seat in comfort, but the roof line is – in true coupé style – a little close for comfort.

Finding the boot release handle is an ingenuity test, as it’s set down by the numberplate. This means that the giant three-pointed star logo can spring open to reveal a camera that relays images back to the driver, and then pop away again when driving forward so it doesn’t get dirty. It’s a neat touch. 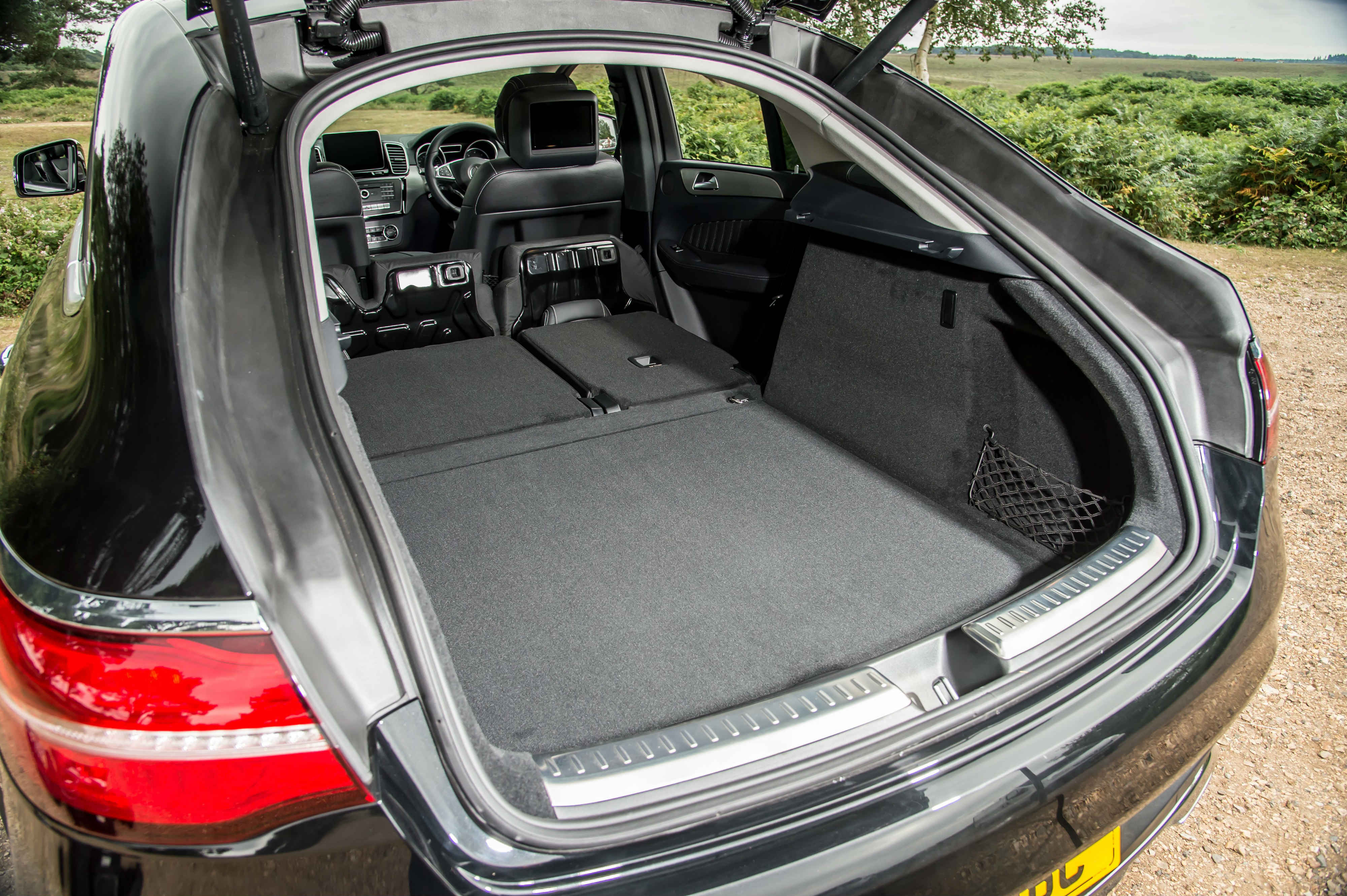 As for the boot, it’s big – 650 litres – but the loading lip is a lot higher than an SUV or estate, so lifting in luggage or a pushchair is an effort and even the pet dog will need manhandling unless you want their claws scrabbling at the bumper’s paintwork.

So it’s not as practical as the SUV GLE. But it is different to drive and distinct on the driveway. Mercedes has followed BMW’s lead and produced a car for drivers who are bored of their SUV but don’t want to sacrifice all of its practicality.

But in the excitement of offering a range of different driving modes, perhaps the engineers spent too long watching Ken Block Gymkhana videos and not enough time reflecting on what mum and dad want on the school run. This SUV needs an anger management course.