By Giles Smith
Share Article
School-run super nanny gets a new badge
Pros
Astoundingly low emissions on the 250d
Better looking than the BMW X5
Will keep you on the road, whatever the weather
Cons
Switchgear looks dated
Less involving drive than the X5
Solid off-road... but who'd actually show it boulders?
Cars > Mercedes-Benz > GLE 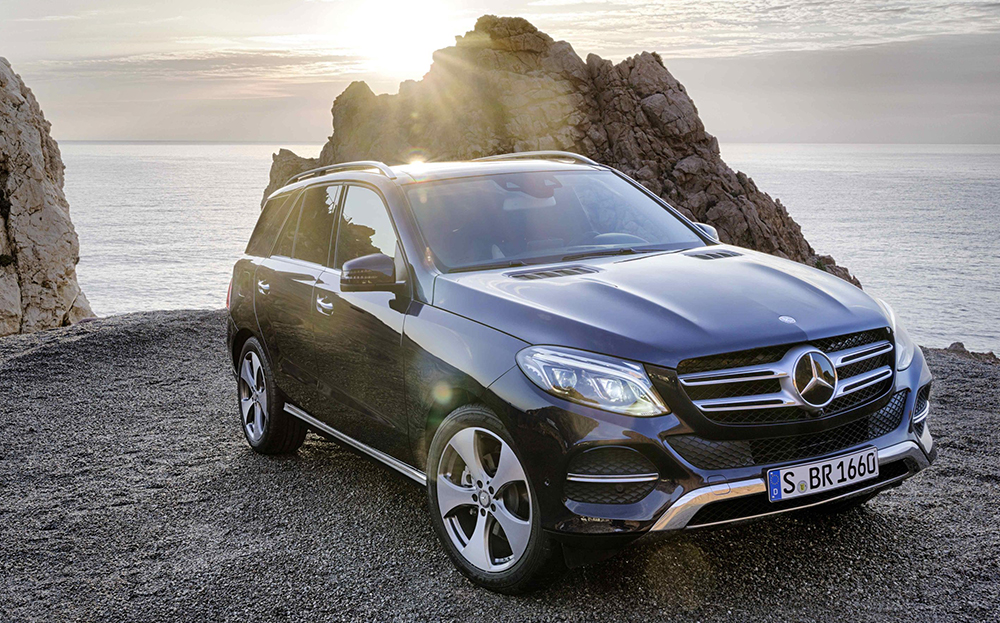 FORMERLY known as the Mercedes ML, the company’s hefty SUV mothership and all-weather school-drop-off machine has been rechristened — with the vim and sparkle in this area for which the German manufacturer is famous — the Mercedes GLE. Or, in the case of the model I spent most time in last week, the GLE 350d 4Matic.

Anyhow, you shall know this enhanced monster by its crisply creased bonnet lid, its three gulping front air intakes, its squeezed exhaust pipes and the fresh string of tail-lights encased in its wraparound boot.

Note also the unprecedented size and thickness of the three-point Mercedes badge mounted on the grille, which if wrenched off and wielded efficiently, ought to be substantial enough to beat back advancing animals in any developing emergency in the wild. 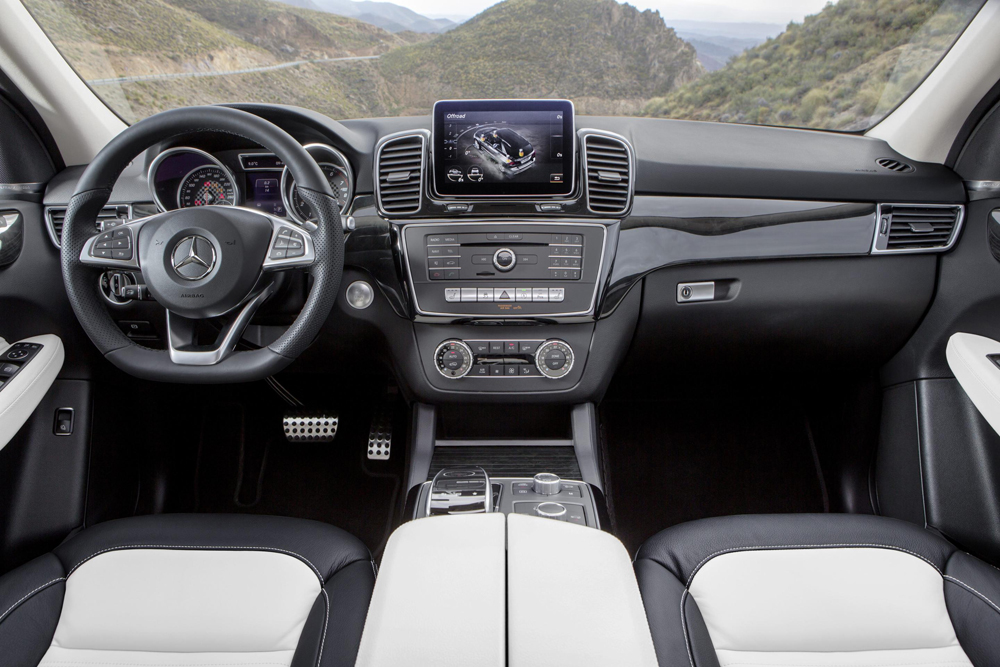 Within, the makeover is less radical. The sat-nav screen doesn’t have that bolted-on-at-Halfords look of the screens in the latest wave of Mercedes saloons, but it’s still not integrated into the dashboard in the manner you might expect at these prices. It sits up so proudly it might inspire a passing thief with a spare moment to have a go with a screwdriver.

Also, the buttons for the air-conditioning seem to have been knocking about in Mercedes since time immemorial. But you’re still stepping into a deluxe, lofty, leather-bound salon, thickly upholstered to keep the world and its stresses at bay.

The four-cylinder 250d GLE emits only 140g/km of carbon dioxide, which means people can no longer hate anyone for owning a Mercedes this shape on purely ecological grounds and will have to hate them for other reasons, such as being reasonably affluent

Except you’re now doing so with an added sense of responsibility. The four-cylinder 250d GLE emits only 140g/km of carbon dioxide, which for an unashamedly lane-straddling, fat-haunched SUV with all the trimmings is remarkably polite.

Indeed it is a game-changer, politically speaking. It means people can no longer hate anyone for owning a Mercedes this shape on purely ecological grounds and will have to hate them for other reasons, such as being middle class and/or reasonably affluent.

You can advance the case for your responsibility even more firmly with the GLE 500e 4Matic, the company’s first stab at a plug-in hybrid SUV. Combining a V6 petrol engine and an 85kW — 114bhp — electric motor, this version will run on electricity alone for (allegedly) up to 18½ miles. You may want to bank the battery charge with the E-Save mode and save it for the next city.

It grants that easeful, sleepy, slightly eerie waft that huge hybrids go in for, although on the mild downside its seven-speed automatic gearbox is two gears down on those of the non-hybrid GLEs, which introduce an unnecessary but smooth nine-speed system. 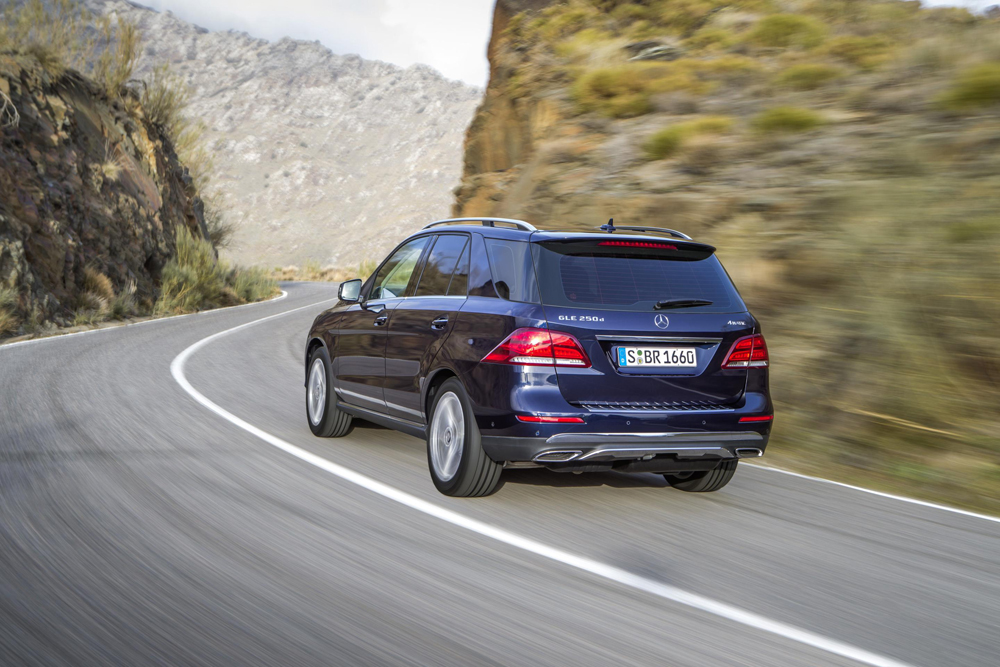 The hybrid’s battery does clutter the boot, which is probably something you would prefer to do yourself. Better perhaps to ignore that variant, along with the casually retro petrol versions (a twin-turbo V6 and twin-turbo V8), and go for the V6 diesel.

The driving experience may be heavily nannied and nudged by a family pack of assistance devices, including Collision Prevention Assist Plus, Attention Assist, Crosswind Assist and, probably, somewhere deep down in the machinery, an Assist Assist, busily assisting all the other assists — the result being that, with the car in Comfort mode, it’s more like steering than driving.

Twist the new rotary Dynamic Select controller, however, and, although the wheel remains uncannily feathery to the touch, the engine and the suspension perk up and become more pliable.

The driving experience is heavily nannied by assistance devices, including Collision Prevention Assist Plus, Attention Assist, Crosswind Assist and, probably, an Assist Assist

And if you really want to stay awake, that dial will also run to an optional Offroad+ mode. Mercedes reckons about 10% of customers will choose to have the capacity to take their GLE over boulders.

Whether they then do so is another question. Either way, you don’t have to, because The Sunday Times did it for you on a vertiginous and in places stark raving mad off-road course in the Alps. There the GLE pottered up and down sheer ravines and rocked in and out of fathom-deep ruts without at any point falling over or collapsing off its axles. 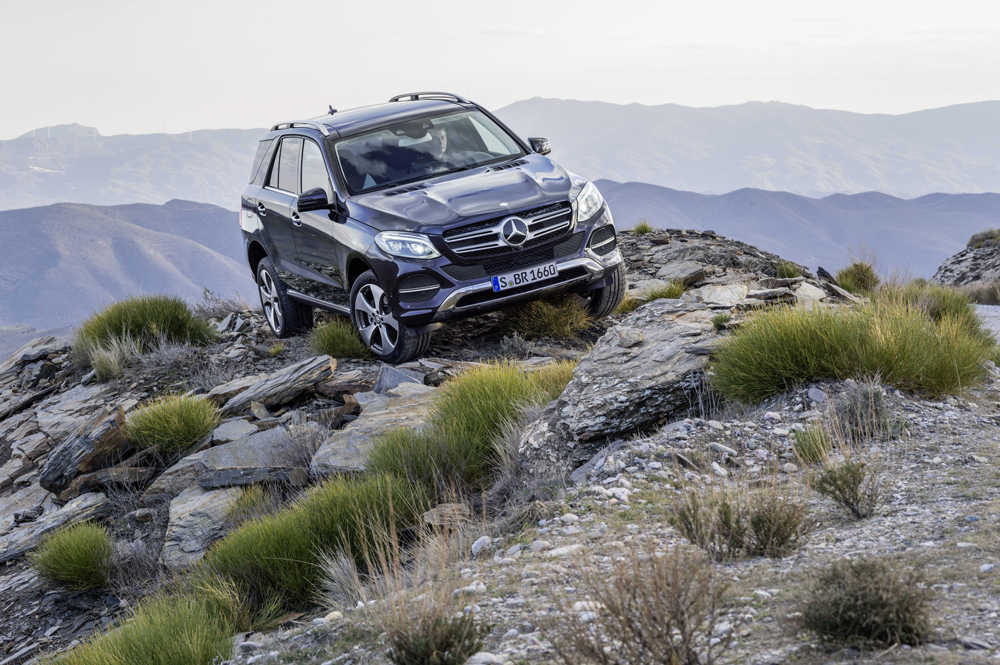 Such protection against nature inevitably costs money, and the GLE is marginally more expensive in certain matching configurations than its chief rival, the BMW X5, and possibly slightly less interesting to drive.

But the BMW is, to these eyes, far more ugly, and that matters too — even at the top of a sheer ravine. Perhaps especially there.