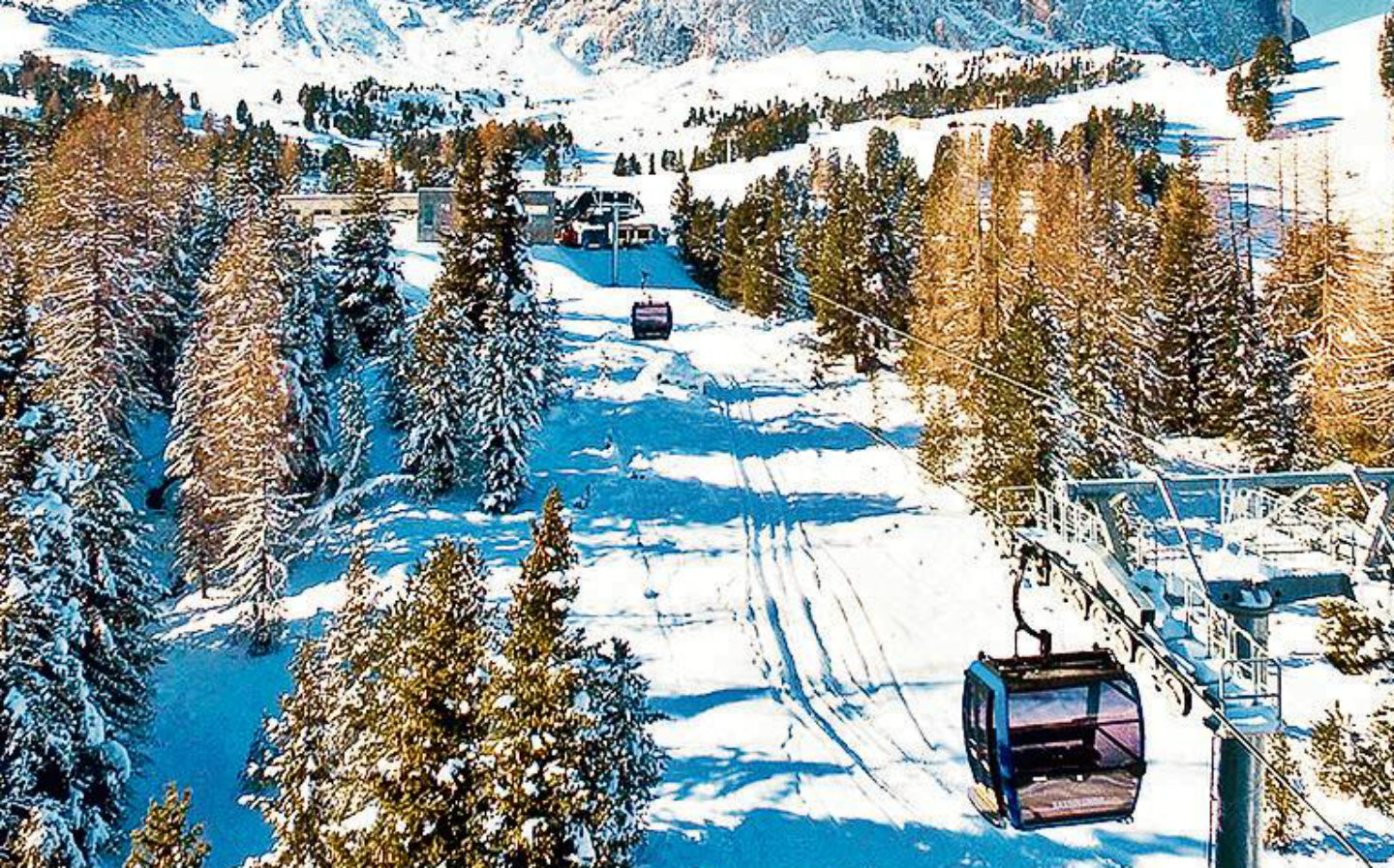 SKI LIFTS designed by luxury car brands, wifi on the slopes and heated chairlifts — glitzy ski resorts have become technology battlegrounds as they call on car makers to help them compete to lure rich holidaymakers.

Over the summer more than 80 new chairlifts and gondolas were installed at ski resorts across the Alps and North America. Such is the demand for sleek new lifts — the cost of which typically runs into the tens of millions of pounds — that traditional manufacturers are forging partnerships with sports car designers to win lucrative contracts from resorts.

“There has certainly been a shift in recent years, with the onus no longer simply about having bigger and faster lifts,” said Patrick Thorne, who runs Save Our Snow, a campaign against climate change. “Now resorts want to be first to install any new technology and, increasingly these days, with more emphasis on designer touches as well.”

Leitner Ropeways, the Italian ski lift manufacturer, has renewed its partnership with Pininfarina, the design studio credited with shaping Ferrari’s style, to create the new Symphony 10 gondola cabin, complete with leather car-style seats and LED strips to “light the gondola’s contours”. Val Gardena, the Italian resort, will open the lift this winter at a cost of €18m. The 77 ten-seater cabins will be capable of transporting up to 3,450 skiers an hour.

“Given the number of new lifts built over the summer, you might think we are in the midst of a 1980s-style economic boom,” said Colin Nicholson, editor of Ski+board, the magazine of the Ski Club of Great Britain. “Resorts are also investing heavily in snowmaking technology and other major infrastructure projects.”

In the French resort of Samoëns, part of the Grand Massif ski area, workers have finished the world’s longest six-seater chairlift, covering almost 3km, and ascending from 1,161m to the Tête des Saix at 2,105m.

In Alpe d’Huez a gondola to Vaujany has been upgraded with Porsche-designed, all-black cabins at a cost of more than €6m.

Despite fears of shorter seasons and climate change, there is no sign of the huge Alpine construction projects slowing down. The mayor of Val d’Isère, the resort known for its British clientele, has announced plans for a five-year, €200m redevelopment of the town. In Italy, a Porsche gondola will be installed at San Domenico next summer, as will a huge cable car in Zermatt, Switzerland.

The race to innovate is not limited to resorts. A flurry of new apps and websites have hit the market in recent years. Skadi has been nicknamed “Pokémon Go for snow” because it uses augmented reality to allow users to collect crystals and animals such as marmots as they ski. FatMap allows users to download 3D ski maps and RopedUp allows skiers to split the cost of ski instructors and guides with others at their resort.

Top tips for driving on snow and ice