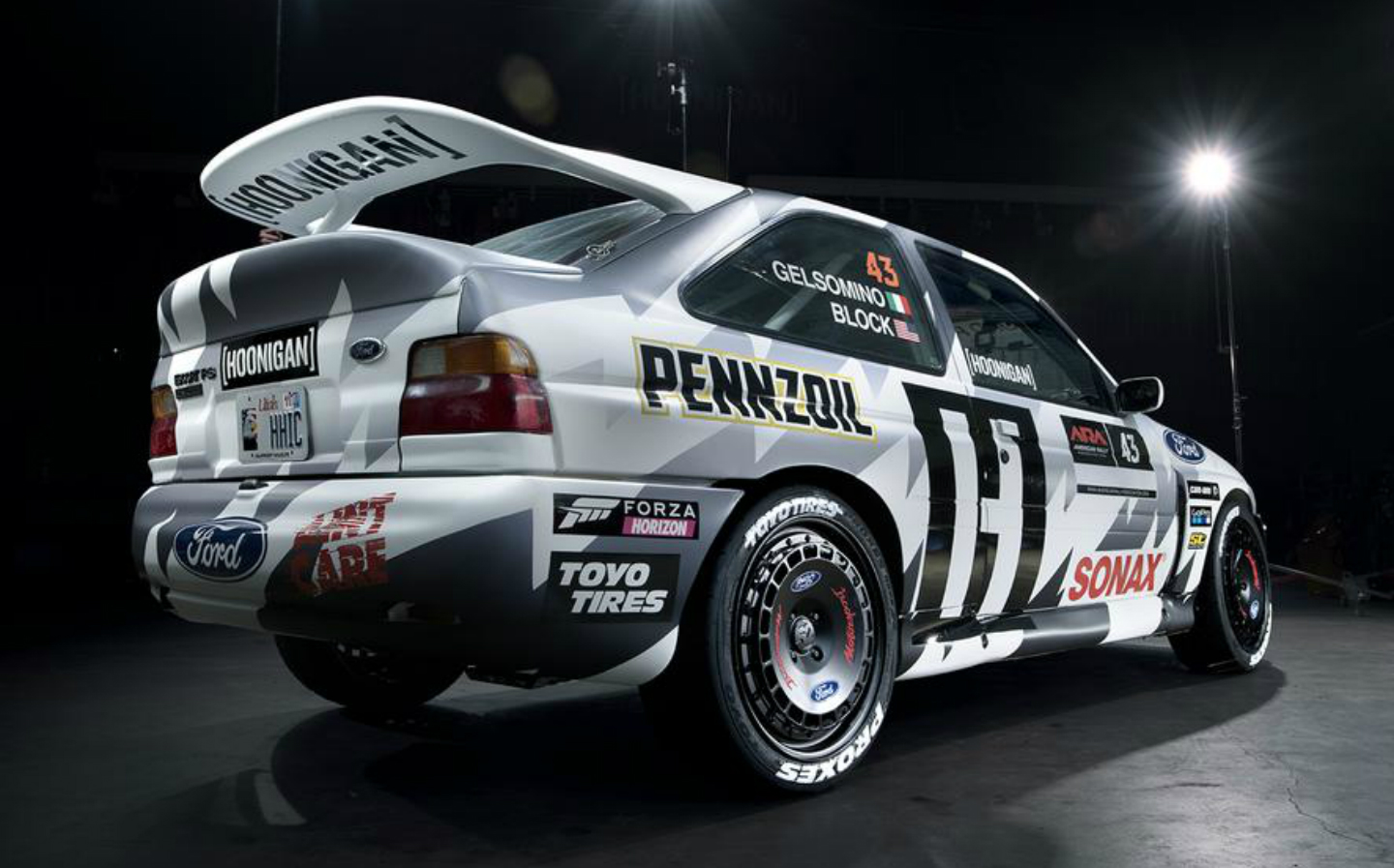 Well, sort of — Block’s revived “Cossie” won’t be the same car that went up in flames during July’s New England Forest Rally, rather an all-new build, with the car’s construction being documented for a YouTube video series that’s due to air in 2019.

WILD day for @AlexGelsomino and I. We were running in 3rd overall in the New England Forest Rally (with a gear box problem), pressing on to finish Stage 4 when I turned into a tighter left corner and downshifted. The box didn’t shift when I wanted it to (because mechanical issue), and when it finally did, it threw me into the inside of a corner and into a big rock. That rock sent us rolling over twice. We landed on our wheels, and I was ready to get going again because we were shiny side up. Buuuut as you can see, a fire started REALLY quick. Alex and I got out safely, but the car thoroughly burned right there on the stage. Luckily the incar action was caught on my helmet mounted @GoPro. #thatsrally #wewillrebuild #BlockEscortCossie

And the new Escort also won’t be an exact replica of its predecessor, as Block confirmed the new Cosworth will feature “some very key improvements”. We wouldn’t be surprised if one of those tweaks ends up being a more effective fire extinguisher system…

After the build is completed, Block plans to parade the finished Ford in a “Cossie World Tour”. This will primarily involve the car being entered into “some of [Block’s] favourite stage rallies around the globe”, though the driver hadn’t ruled out doing additional performances, such as Gymkhana stunt demos.

Thanks to video work completed before it met a firey end, Ken Block’s original Group A Cosworth will have a posthumous starring role in the forthcoming GymkhanaTEN stunt film, and an Amazon Prime series called “The Gymkhana Files”, which starts on November 16.