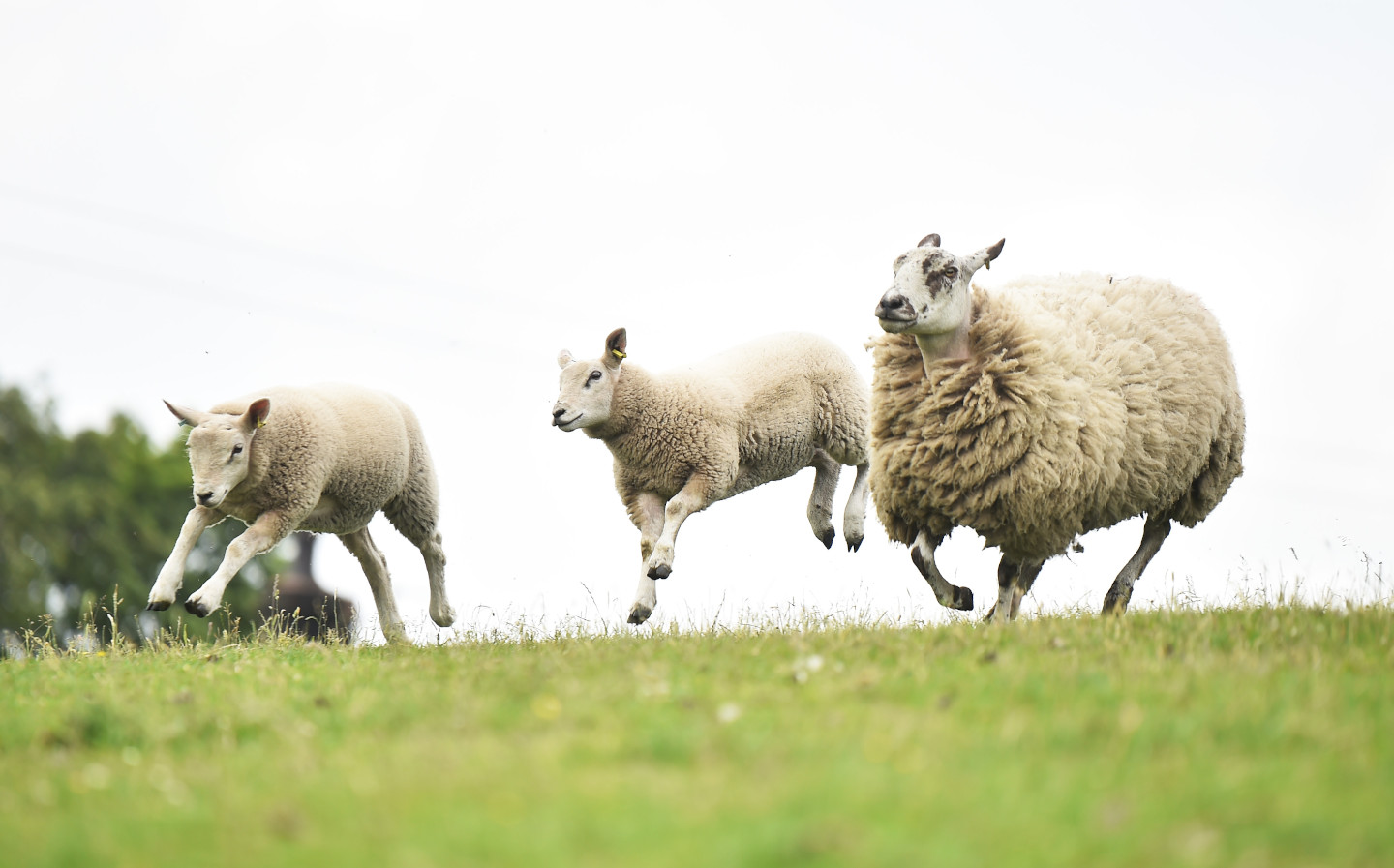 LAST WEEK we got a much-needed dose of Jeremy Clarkson’s car reviews after a couple of months of cold turkey, due to the simple fact that he wasn’t delivered any cars to review during lockdown. In this week’s Sunday Times Magazine, however, we are once again treated to a dose of life on Diddly Squat farm and specifically, why shearing one of his sheep would earn him exactly -30p. Yes, it would cost him 30p to shear a sheep and sell its fleece.

This is because, Clarkson claims, the nomadic population of Australians and Kiwis that travel the world shearing sheep are currently marooned due to the coronavirus crisis, which has resulted in the cost of shaving a single animal going up to the tune of £1.50 per sheep. And because he wasn’t able to export fleeces to China or send them off for manufacturing into rugs, due to factory closures, this meant he’d get just £1.20 per fleece.

Still, shearing needs to be done as “a shaved sheep is less likely to be eaten by maggots and is more comfortable in the summer sunshine”. So while Clarkson employed two professionals to do the job, he decided to take out the sting by getting involved himself. Which proved a nightmare.

The problem with sheep, Clarkson has found, is that they are like “woolly teenage boys”.

“They take absurd risks,” he explains, “and feign a lack of interest in everything, while deliberately being obstructive, stubborn, rude and prone to acts of eye-rolling vandalism.”

And in the same way a teenage boy would rather eat chicken nuggets and a Kit-Kat than a home-cooked meal, his sheep have been ignoring an electric fence to break into a neighbouring field and eat spring barley. While delicious in beer, barley is not good for sheep, and eating too much of it will kill them.

Clarkson first set about trying to herd a rather reluctant flock of sheep into a pen. “The first sheep took one look at the salon I’d made and charged at top speed into a bramble bush, where it writhed about until it was stuck fast.

“Freeing it meant lacerating my arms and legs so extensively that I was in danger of going into hypovolemic shock. And by the time I’d finished all the other sheep had wandered through the electric fence again and into the barley field.”

Things didn’t get any easier once they were penned in, either. Unsurprisingly, sheep are adverse to being manhandled, so turning them upside down and dragging them to be shaved proved to be a dangerous task.

“Imagine turning Jean-Claude Van Damme upside down and dragging him into a salon to cut off his mullet. You could explain as much as you like that he’d be better off without it, but you wouldn’t get anywhere. I was knocked over, kicked and then knocked over again.”

This is when the rest of the sheep realised they didn’t really fancy suffering the same fate as their comrade, and decided as a unit to do what they could to escape.

“Some of the other sheep decided at this point they didn’t like sharing the pen with a seemingly violent fat man who kept falling over, so they jumped out. This amazed me because even though they had no run-up space at all, they managed to clear a fence more than 3ft tall. Honestly, sheep have better VTOL properties than a Harrier jump jet.”

Eventually, after an altercation with the clippers, Clarkson was told by his sheep-shearing buddies to roll the wool, which is a task you don’t want to read about either during, or immediately after, eating, as “before the fleeces can be rolled, you have to separate the dingleberries from the wool. By hand.”

Then he had the job of getting the sheep back into their pen. Of course, they all ended up in the barley field again. Raising teenagers can be a thankless task.

Clarkson decided in the end not to sell the fleeces; find out what he did with them in today’s Sunday Times Magazine, or head to The Sunday Times website.

Jeremy Clarkson is reviewing cars again, post-lockdown — several at once, in fact