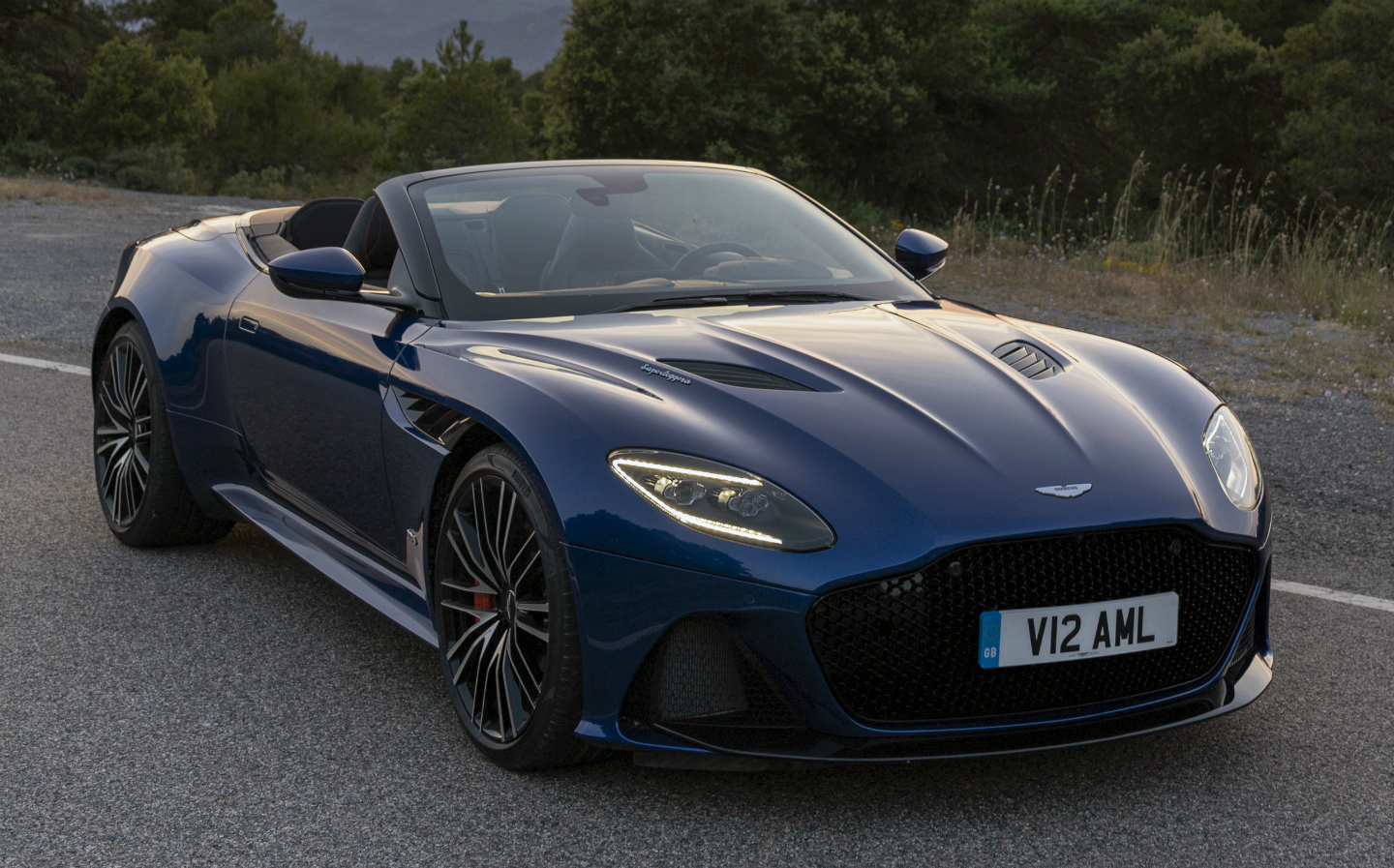 IN THE eagerly anticipated upcoming Bond movie, No Time To Die, an array of Aston Martins will be seen on screen — including the DBS Superleggera super grand tourer.

Crowned the best-designed car of 2018 in our inaugural Motor Awards, the DBS certainly has the looks you’d expect from a Bond car. However, in today’s Sunday Times Jeremy Clarkson reveals that he’s a fan of neither the famous British secret agent (“Johnny English is better at espionage than this guy”) nor his new set of wheels.

Perhaps surprisingly, considering Clarkson’s passion for powerful cars, it’s the convertible DBS Superleggera’s 5.2-litre, twin-turbocharged V12 engine that receives some of the harshest criticism. According to the Grand Tour presenter (who had mixed feelings on the hard top version of the car when he drove it on his Amazon Prime show), while the V12’s 715bhp and 663 lb ft of torque make the Superleggera Volante feel “rocket-ship fast” on the public road, he reckons those massive outputs makes the DBS very difficult to drive.

He says the Aston is “almost too fast because on wet roads you would be well advised to treat the throttle with extreme caution or you will have a crash.”

“You even need to be careful sometimes on dry roads,” Clarkson adds. “You can’t unleash all the volcanic fury without the back end having a few moments of panic.”

All of this could be forgiven if the drop-top DBS was good to drive. However, Clarkson isn’t impressed, saying the car’s colossal weight (even without any fuel or fluids on board, Aston Martin says the DBS Volante tips the scales at 1,863kg) means the convertible continent crusher “doesn’t come across as a feisty little whizz-bang” when you start stretching its legs.

Even at slower speeds, the DBS seemed to frustrate the controversial critic more often than it impressed him. During his time testing the car, Clarkson claims the skid plates underneath the low-slung chin chin spoiler kept catching speed bumps, and the low profile tyres meant “you need to be very careful when you’re parking, even against a dropped pavement, or you’ll kerb the wheels”.

Driving.co.uk’s Will Dron rated the DBS Volante extremely highly when he drove it in sunny Spain, but he also recognised that it may not be so much fun back in the UK, with this country’s many speed cushions, narrow roads and heavy traffic.

Clarkson did find some reasons to praise the DBS Volante. He particularly loves the way it looks, going as far to say it’s “one of the best-looking cars ever made”, and is also a big fan of the “laugh-out-loud noises” that bellow from the exhaust pipes when you do get the chance to bury the throttle pedal into the footwell. Even more impressively, four adults were able to squeeze themselves in — a mighty accomplishment, considering how small the two rear seats are.

However, these reasons aren’t enough for Clarkson to recommend the Aston Martin DBS Superleggera Volante to motorists in the (admittedly rather niche) market for a circa £250,000 convertible grand tourer. Instead, in one of JC’s more sensible-by-his-standards attempts at offering consumer advice, he suggests you should save yourself around £90,000 and opt for the “brilliant” Aston Martin DB11 Volante instead.

As he so succinctly puts it: “That sort of car at that sort of price? Nobody does it better.”