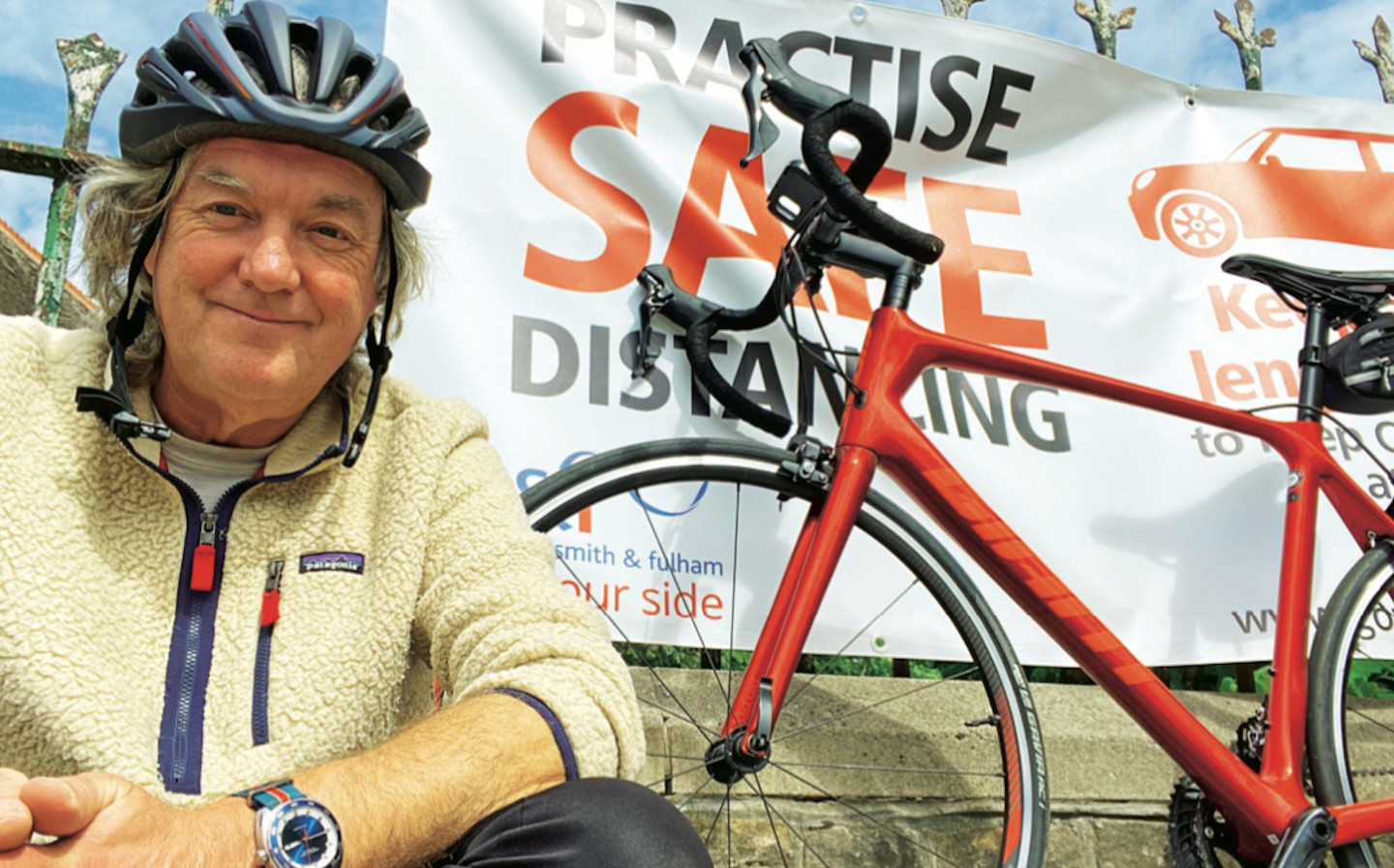 JAMES May has written a column in this weekend’s Sunday Times Magazine, and he has chosen a subject very far removed from anything his fellow Grand Tour host Jeremy Clarkson might be thought to advocate: bicycles.

Life on four wheels is all well and good, says May, but when the lockdown came, it was with the caveat that you could go out once a day for exercise. “So I immediately bought a new bike,” he says, “which was a bit self-indulgent, as I already had one.”

It probably doesn’t take up much space in the daydreams of teenagers these days, but cycling seems to have been a large presence in the mind of a young James May: “I would be taken, in a van, to somewhere like the top of the Cairngorms to enjoy a whole sublime day of exclusively downhill riding on my five-speed, pig-iron Raleigh racer. We thought about this, me and my mates.”

As a result, May hasn’t been without a bike since the age of three, and he insists that, to this day, it’s one of mankind’s greatest inventions, because “all it really does is empower the pedestrian. It transforms the pummelling ugliness of walking into smooth and unstressed rotary motion, just as the pistons and crankshaft of a car engine do, and improves the efficiency of the human machine”.

In his younger days, May says that he would often cycle as far as 70 or 100 miles per day.

The bicycle in question is a Giant TCR Advanced 2. That might not mean much to us four-wheel folk, but to give it some context, it was designed by the same man, Mike Burrows, who designed the Lotus bike that took Chris Boardman to victory in the individual pursuit at the 1992 Olympics in Barcelona. May says that he has ridden it every day during lockdown, apart from one on which that he was taken ill thanks to recipe-testing for his upcoming cookbook.

No longer at an age where cycling 100 miles a day is feasible, May now does a more viable six to 10 mile route, and even bikes to work — doing the voiceover for the new (and long-awaited) series of The Grand Tour can’t be done from home.

On his way back from the Soho-based gig, he decided to take the scenic route, he says. “By the time I left, the sun hung in view, and I decided on a wantonly circuitous route home, taking in much of the West End, Park Lane, various monuments, the park, Buckingham Palace and a couple of famous bridges.

May does, however, acknowledge the hypocrisy of a motoring journalist waxing lyrical about the capital’s absence of cars.

He also says that cycling is a valuable task for a petrolhead, “because many of the concepts we find difficult in understanding cars — the difference between power and torque, the point of gearing, centre of gravity, unsprung weight, blah, blah, blah — are thrown into perfect clarity out on a ride, as no machine engages with its user as feverishly as a bicycle does.”

In fact, he goes as far to say that the money being spent on the polarising HS2 high-speed railway project, worth a staggering £80bn, should be instead used to buy every adult in Britain a carbon-frame bike. “Bomb them with bicycles,” he implores Prime Minister Boris Johnson. The government, after all, is encouraging people to use bicycles where possible to maintain sufficient social distancing, with public transport running at very limited capacity.

In case his manifesto for cycling persuades you to buy a bike, or dust one off that’s been sat at the back of your shed, May also provides a few handy bicycle care tips, and The Sunday Times Driving editor Nick Rufford has compiled a handy guide to choosing a bike, no matter your budget.

Read May’s thoughts on cycling, as well as his bicycle care tips, in this weekend’s Sunday Times Magazine, or head to The Sunday Times website.

Vegetables will be the end of Jeremy Clarkson