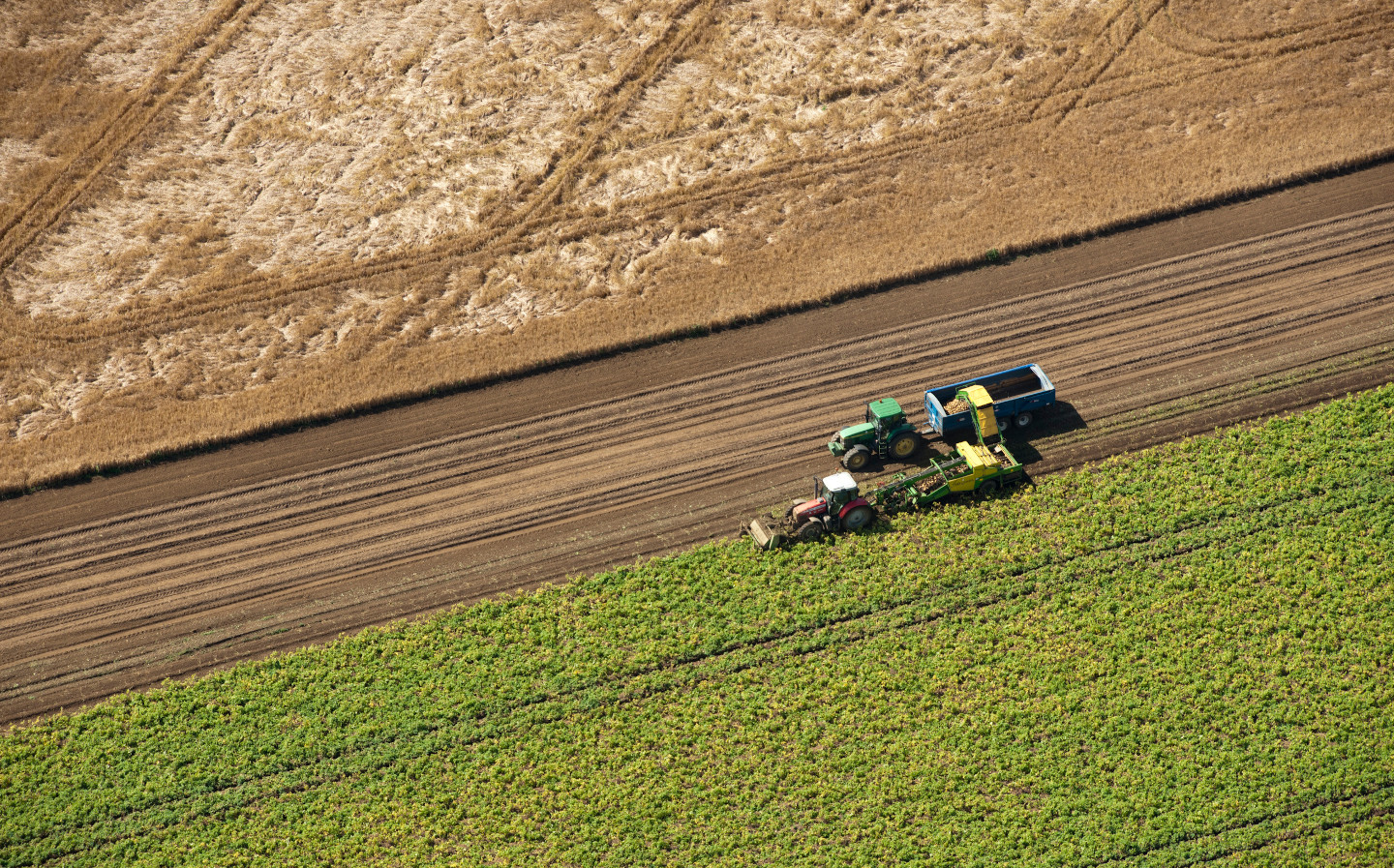 WITH THE coronavirus pandemic continuing, press car deliveries remain stalled, and therefore this Sunday we’ve been treated to another chapter in the agricultural endeavours of Jeremy Clarkson.

This week Clarkson is talking veg. When he first moved to his Cotswold farm, locals told him that the climate wasn’t appropriate for growing veg. “”It’s brash,” say the locals who wear overalls and Viyella shirts for a living. Many also wear ties. I’m not sure why. A tie is just something else that can get caught up in farm machinery. But anyway, they say “brash” is good only for cereal crops. And maybe sheep. Not vegetables.”

Never one to take something lying down, the Sunday Times Driving columnist decided to prove the locals wrong, and grow a crop of potatoes. Rather successfully, in fact – after filling out a stack of government forms (“in farming, you have to get permission from the government to get up in the morning”), he set to it, and after four months had a sizeable 40 tonnes of potatoes in the shed.

For various reasons, 38 of those tonnes rotted. However, Clarkson had proved to himself, and to the Chipping Norton naysayers, that he could bring vegetables to the “brash” land. So he set about using half a field “to grow broad beans, beetroots, leeks, cabbages and all the other things people use as an accompaniment to food.”

That’s when the nightmare started. First of all he had to buy a planting machine. The 1950’s model that he bought would explode if he attached it to the “gigantic torque mountain that is my Lamborghini tractor,” a machine you will remember from his last column. “So I cleverly bought my girlfriend, Lisa, a present. It’s a dinky little 1961 Massey Ferguson.” A Massey Ferguson, if you hadn’t guessed, is a tractor.

“The fatality rate among people in agriculture is almost 20 times higher than the average for all industries,” says the I Bought the Farm star. “And when you sit in a planting machine you can see why.” As well as being limb-losingly dangerous, the planting machine didn’t work, meaning that Clarkson ended up planting all of his veg, “by hand, for hour after back-breaking hour. And for what? So some spoilt little fat kid can push the fruits of our labours to the side of his plate and demand a Twix instead.”

There’s also an issue with watering his crop that means Clarkson is more heavily invested in rain than he ever has been before, and even if his vegetables do grow, that presents problems in itself. After all, they’ll need picking by someone. “If I use Romanians, Nigel Farage and his Hackett army will go berserk, and if I use Lisa’s daughter, who’s keen, the Daily Mail will accuse me of employing child labour. So it’ll be down to me. It’ll kill me for sure. I’ll become a farming statistic.”

All in all, the project has cost Clarkson a small fortune, meaning that to make any money off of the fruits of his labour, he’ll have to charge £140 for a broad bean and £400 for a cabbage.

Safe to say, the experience hasn’t improved Clarkson’s sentiments towards the meat-free lifestyle, which he feels compelled to note Adolf Hitler was a follower of. “They think they are being kind. But they aren’t. Because eating vegetables is bloody cruel to the people who have to grow the damn things.”

Jeremy Clarkson has been left with an electric Mini during lockdown