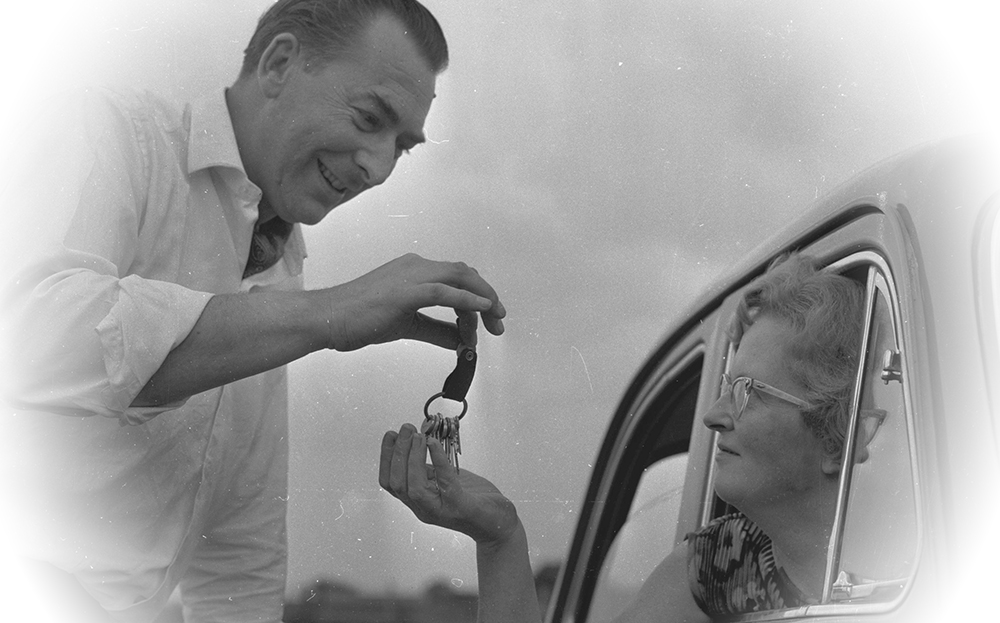 A SURGE in the number of car thefts has forced manufacturers to return to an invention that is almost a century old — the car key.

A patent application filed in America by Jaguar Land Rover suggests a “new” security device is actually a reheated version of the locks first installed to keep cars safe in the early 1900s. The company is one of the car makers that has been hit hardest by an increase in keyless entry thefts, where vehicles are started up and driven away using a cloned key fob.

Under the patented system, Jaguar Land Rover engineers propose that customers be supplied with a key to lock the car, in addition to the key fob. This could be in “mechanical form”, fitting into an old-fashioned keyhole in the door and deactivating the vehicle’s control unit to prevent thieves from using keyless entry.

The patent application also suggests that alternatively the “key” could be an electronic chip embedded in a mobile or watch strap.

Jaguar Land Rover engineers propose that customers be supplied with a key to lock the car, in addition to the key fob. This could be in “mechanical form”, fitting into an old-fashioned keyhole in the door

Manufacturers began to use key fobs in the 1980s, claiming customers preferred the convenience of a “blipper” that could lock and unlock doors by remote control. The ignition key then began to disappear in order to improve Euro NCAP safety ratings (in a front-end collision an old-style ignition key inserted in the steering column could cause serious injuries to legs and knees).

However, thieves quickly learnt to exploit keyless technology. Cheap devices available on the internet can make duplicate key fobs when plugged into a car’s electronic system through a port under the dashboard. Thus, thieves only had to break into the car to be able to drive it away.

Some customers complain keyless systems that open the door automatically when the driver is near the car are confusing, because they cannot easily tug at the handle to make sure the car is locked. It is also possible for motorists to be left without a key if, say, a driver swaps seats with a passenger during a journey and the first driver leaves the car while the engine is running and does not return — for example, at an airport drop-off.

There is no indication of when the key might go into production. Earlier this month Driving revealed that Jaguar Land Rover is testing a device that would disable the vulnerable electronic port in vehicles.