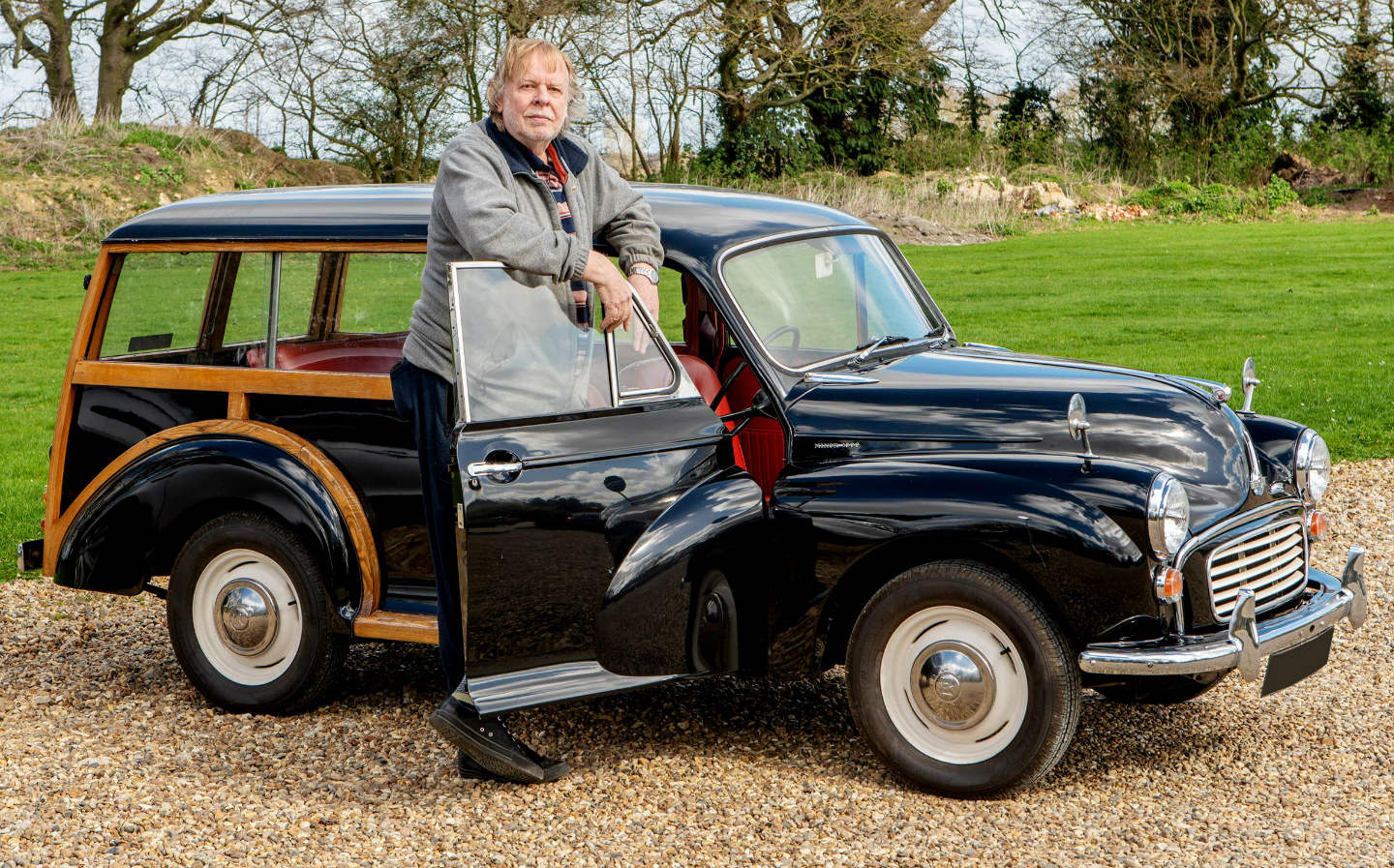 WHEN Rick Wakeman, at the height of his success with the 1970s prog rock supergroup Yes, walked into a car showroom with a wad of cash and bought his first Rolls-Royce, he knew he’d done his father proud. “My dad was intensely proud of being English and always bought British,” says the keyboard player, who turned 70 last month.

“Whether it was an Austin or a Morris, he never owned a foreign car. And whenever he saw a Rolls-Royce or a Jag, he’d tell me, ‘That’s what you should aspire to, son — the height of British engineering.’ ”

Wakeman, a classically trained pianist who left the Royal College of Music to be a session musician before finding fame with Yes, took his father’s advice to heart. He has since owned “around 20 Rollers, 20 Bentleys and 30 Jags”, but he’ll never forget his first.

“I got up one morning and saw an advert in Exchange & Mart saying,‘Rolls-Royces from £2,000’,” says Wakeman, who was not yet 25. “I had hair halfway down my back then and [the car dealer] looked me up and down and said disbelievingly, ‘So you want to buy a Rolls-Royce?’ ” He did — a 1958 Silver Cloud.

Wakeman’s father, who had worked his way up from office boy to director of a London building supplies firm, could only dream of such a car. And it was a giant step up from Wakeman’s first motor — a £30 Ford Anglia 100E “made mostly out of filler and rust”.

A couple of years later he got a 1957 Ford Consul, “which looked the dog’s dangly bits”, before upgrading to a Ford Zephyr 4 in 1969, the year he was paid £9 to play the Mellotron on David Bowie’s Space Oddity. “The Zephyr was a lovely car but so underpowered it was ridiculous,” he says. “If you lifted up the bonnet, it looked like they’d stuck a lawnmower engine inside.”

He joined Yes in 1971 and played on some of their biggest-selling albums over the next decade, while also enjoying huge solo success with albums such as Journey to the Centre of the Earth, and before long he had swapped his Silver Cloud I for a £5,200 Silver Cloud III coupé.

Wakeman had a turbulent time in his twenties, suffering three heart attacks, partly due to excessive smoking and drinking. He stopped smoking in the late 1970s and has been teetotal since 1985. Married four times, he has six children.

Over the years, Wakeman has owned everything from a Ford Model T to a Vauxhall Cresta Friary estate and a Bentley T2. “My real passion is for the practical British classics I grew up with, like the MGB and the Humber Super Snipe.”

I don’t drink, I don’t smoke and I don’t jet-set around the world. My loves are my family, my home and my cars

Divorce has not been good for his car collection, he admits. “I was forced to part with a number of them as a result of my first divorce settlement. I was gutted to lose Clark Gable’s old 1957 Cadillac and my 1958 Jaguar XK150S coupé. They all went.”

Wakeman lives in Norfolk with his fourth wife, Rachel, and owns “a handful of cars”, including a Jaguar XJS V12 and a Lexus RX 350. His favourite is a limited-edition 1966 Morris Traveller (pictured), nicknamed Monty, “with all the original wood and just 53,000 miles on the clock. I’ve been offered £12,000, more than twice what I paid, but it’s not for sale.”

The self-styled grumpy old man, who tweets as @GrumpyOldRick, is unrepentant about having owned 200-plus motors over the years. “I don’t drink, I don’t smoke and I don’t jet-set around the world,” he says. “My loves are my family, my home and my cars.”

Wakeman performs Journey to the Centre of the Earth for the last time on July 13-14 at London’s Royal Festival Hall (rwcc.com)

Rick Wakeman: my life in cars

Me and My Motor: Suzi Quatro, rock legend