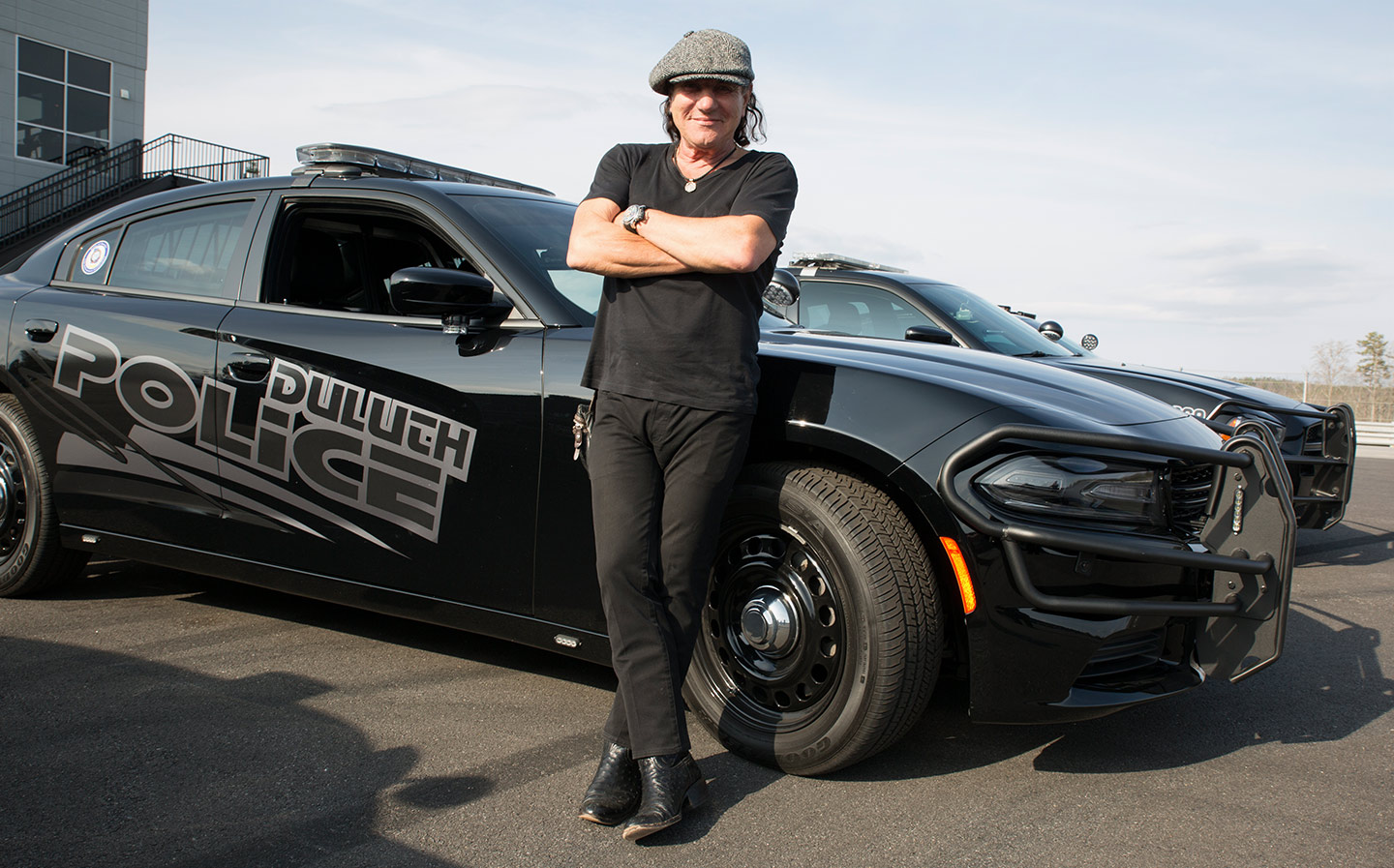 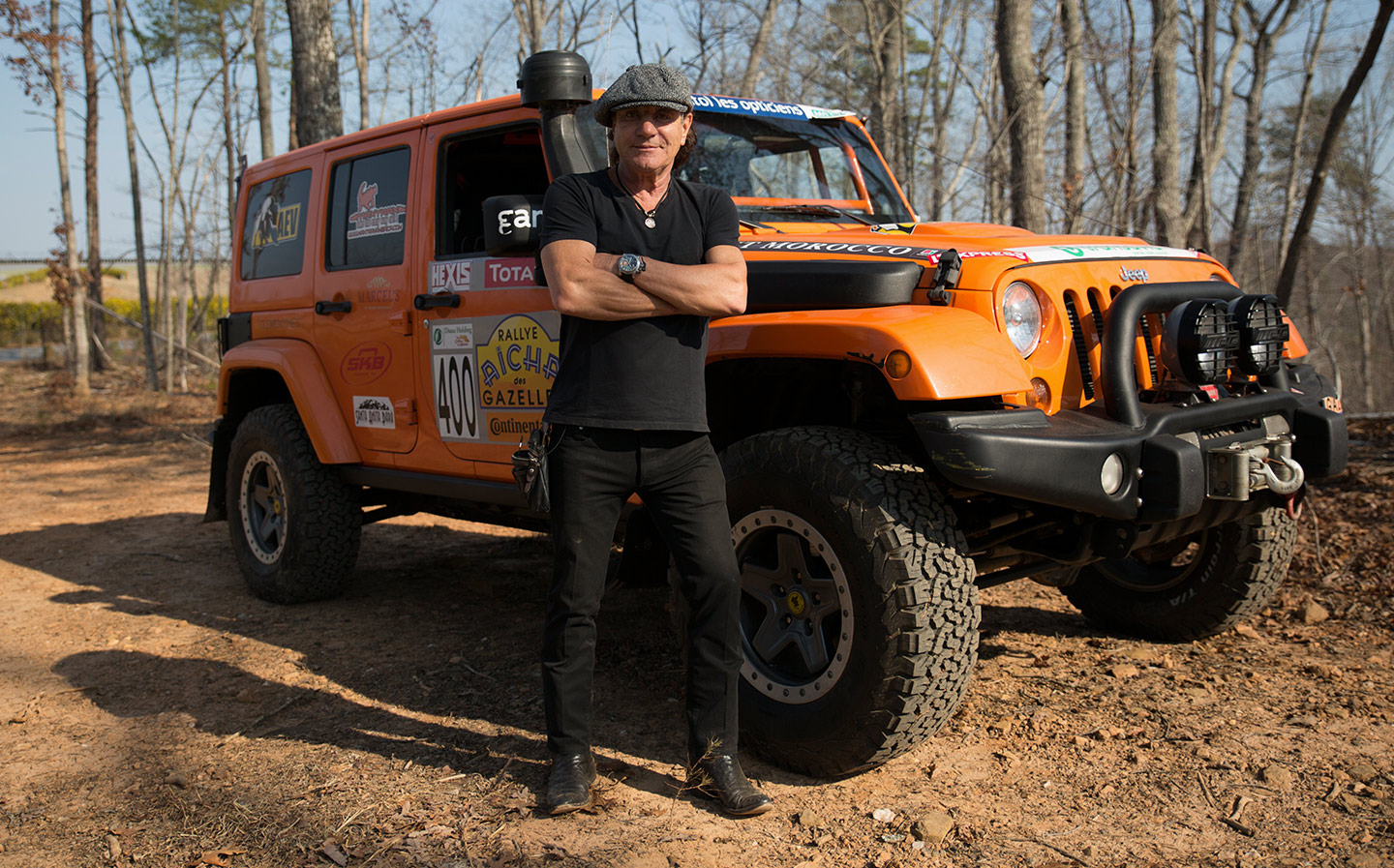 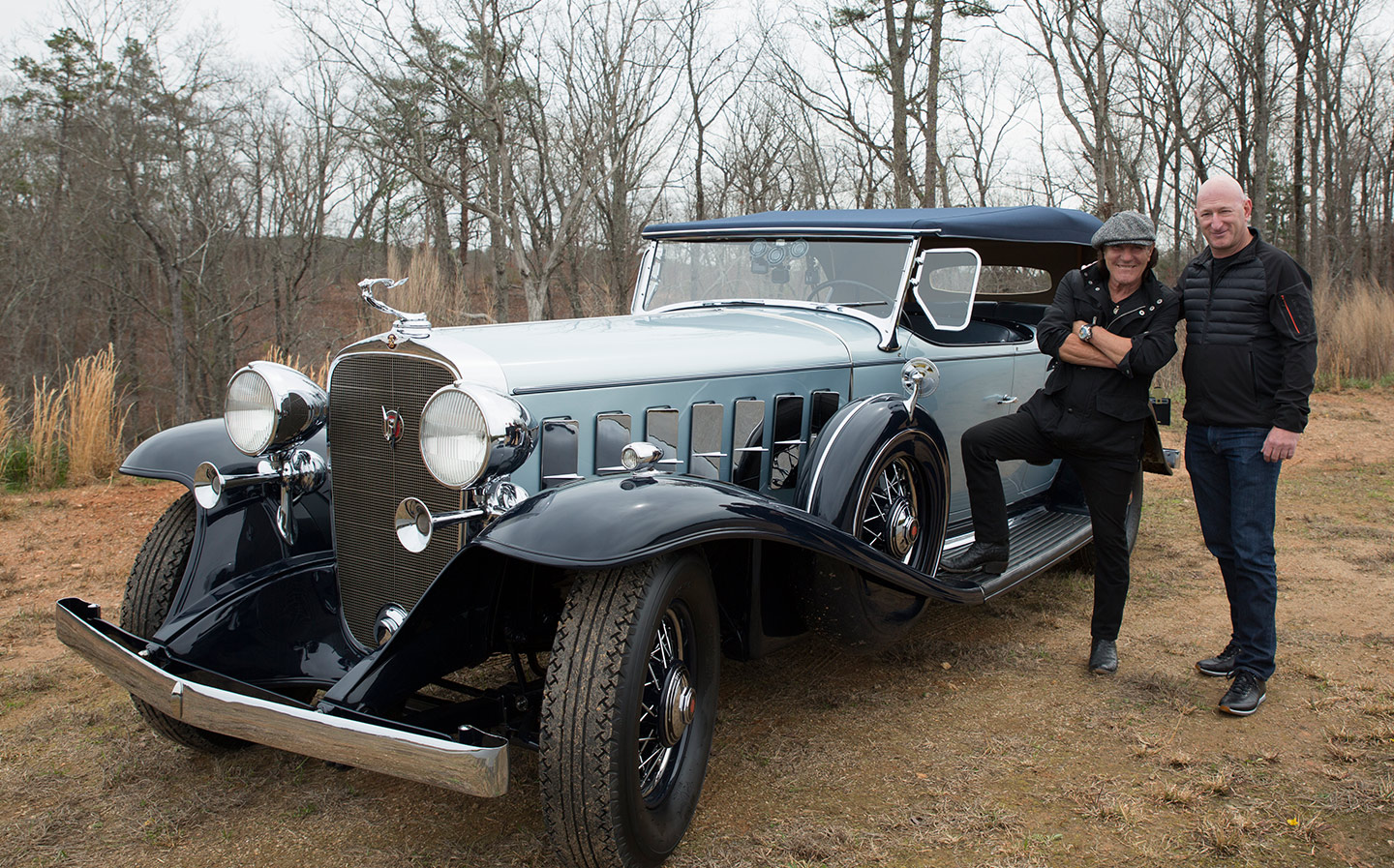 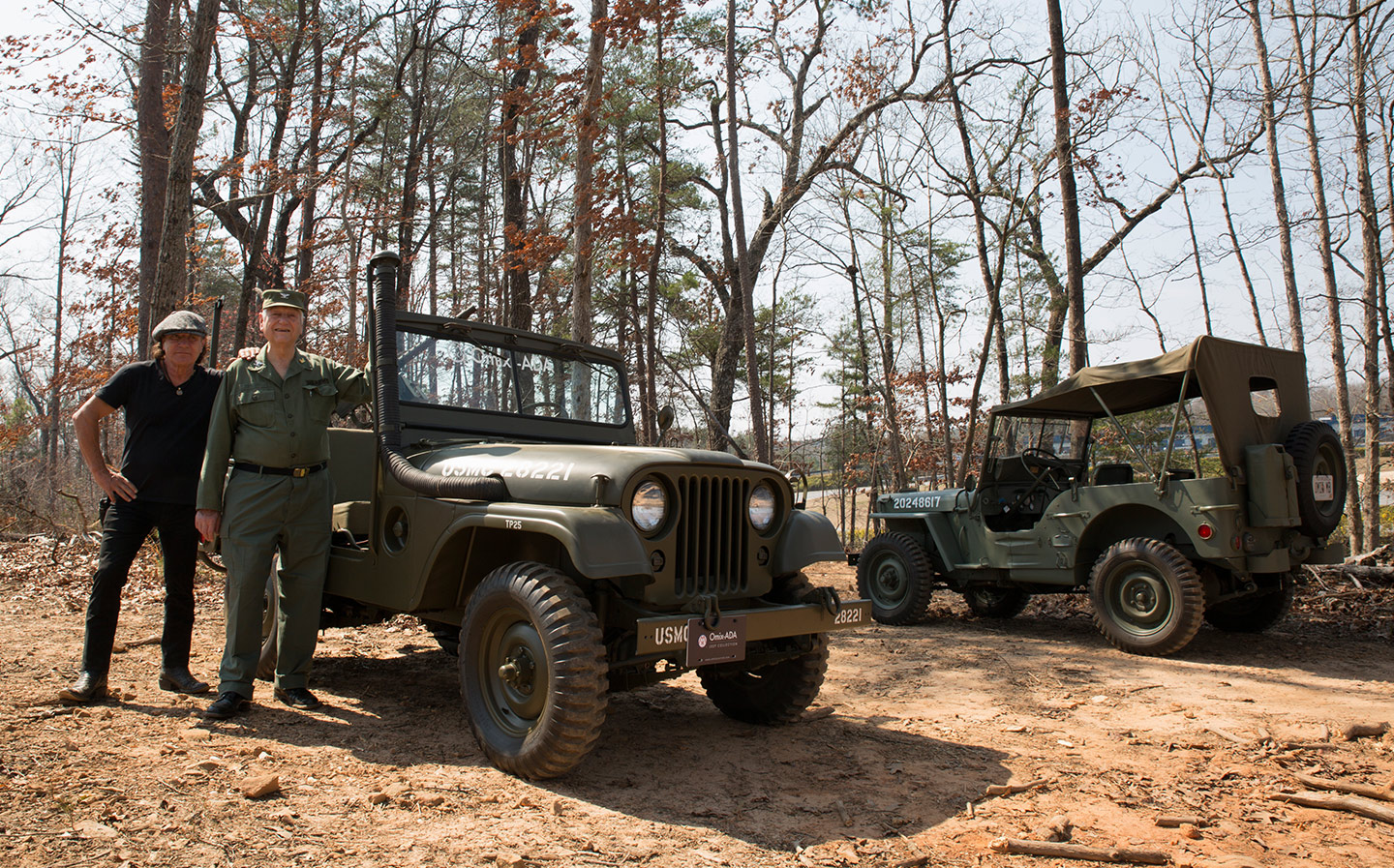 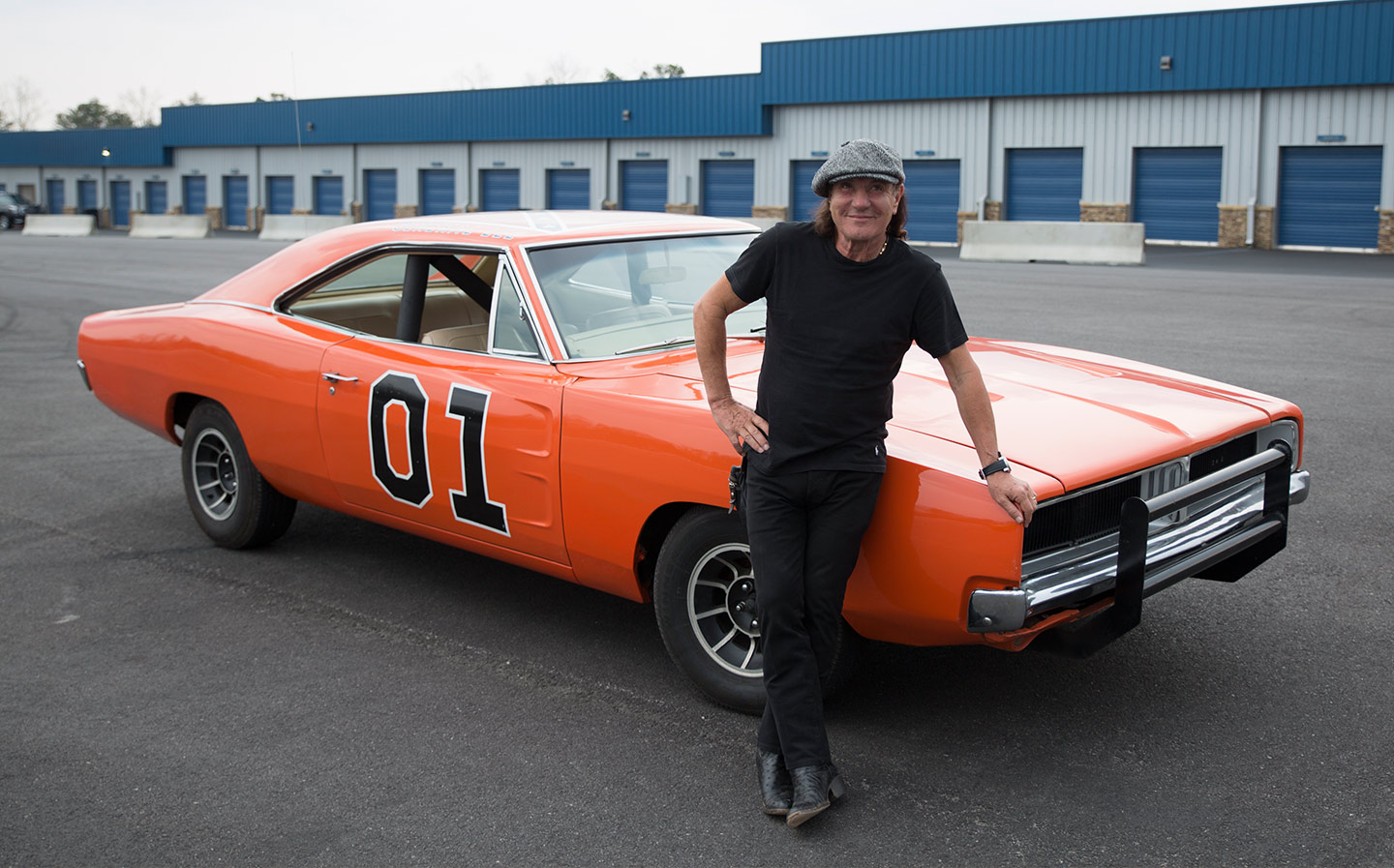 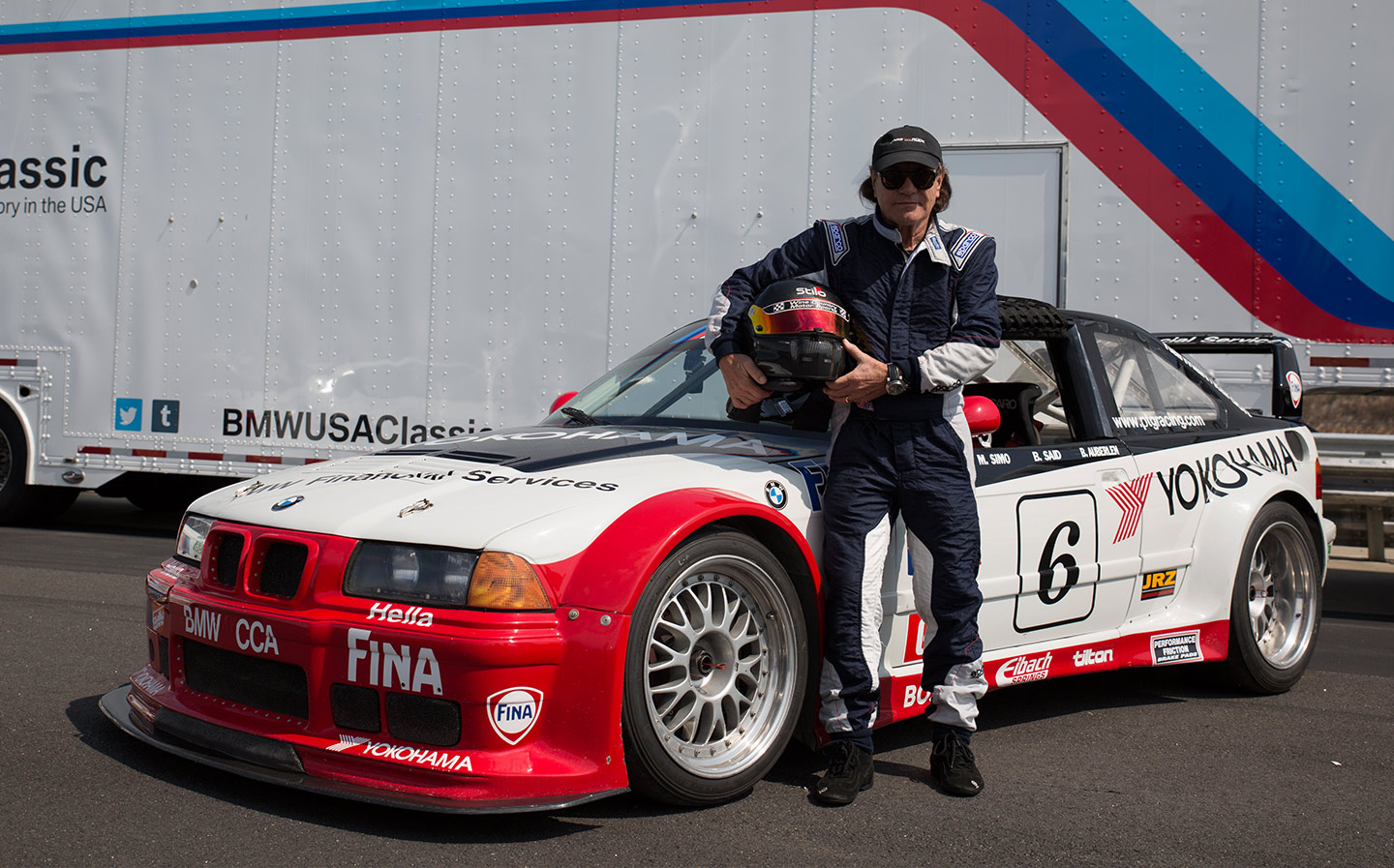 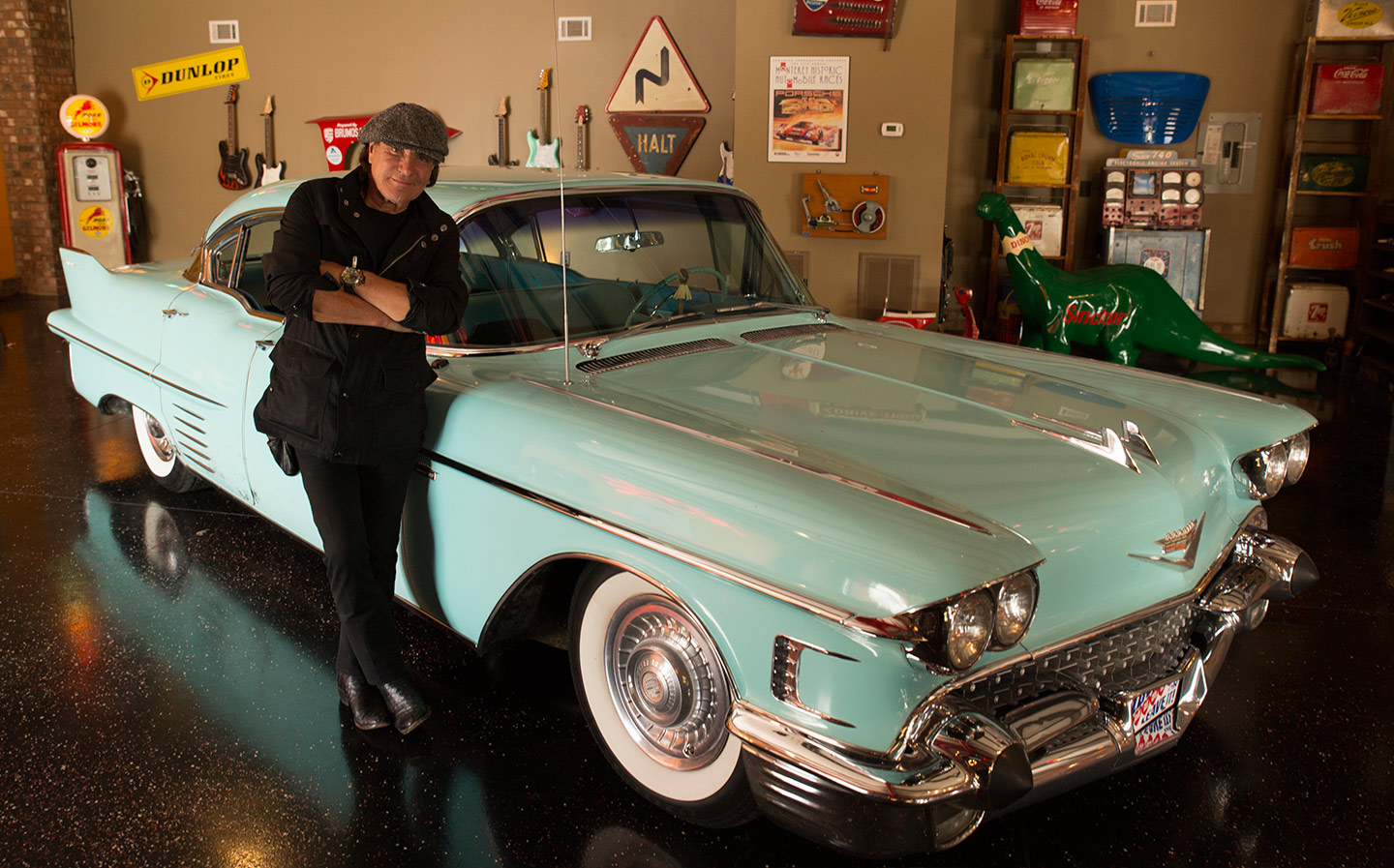 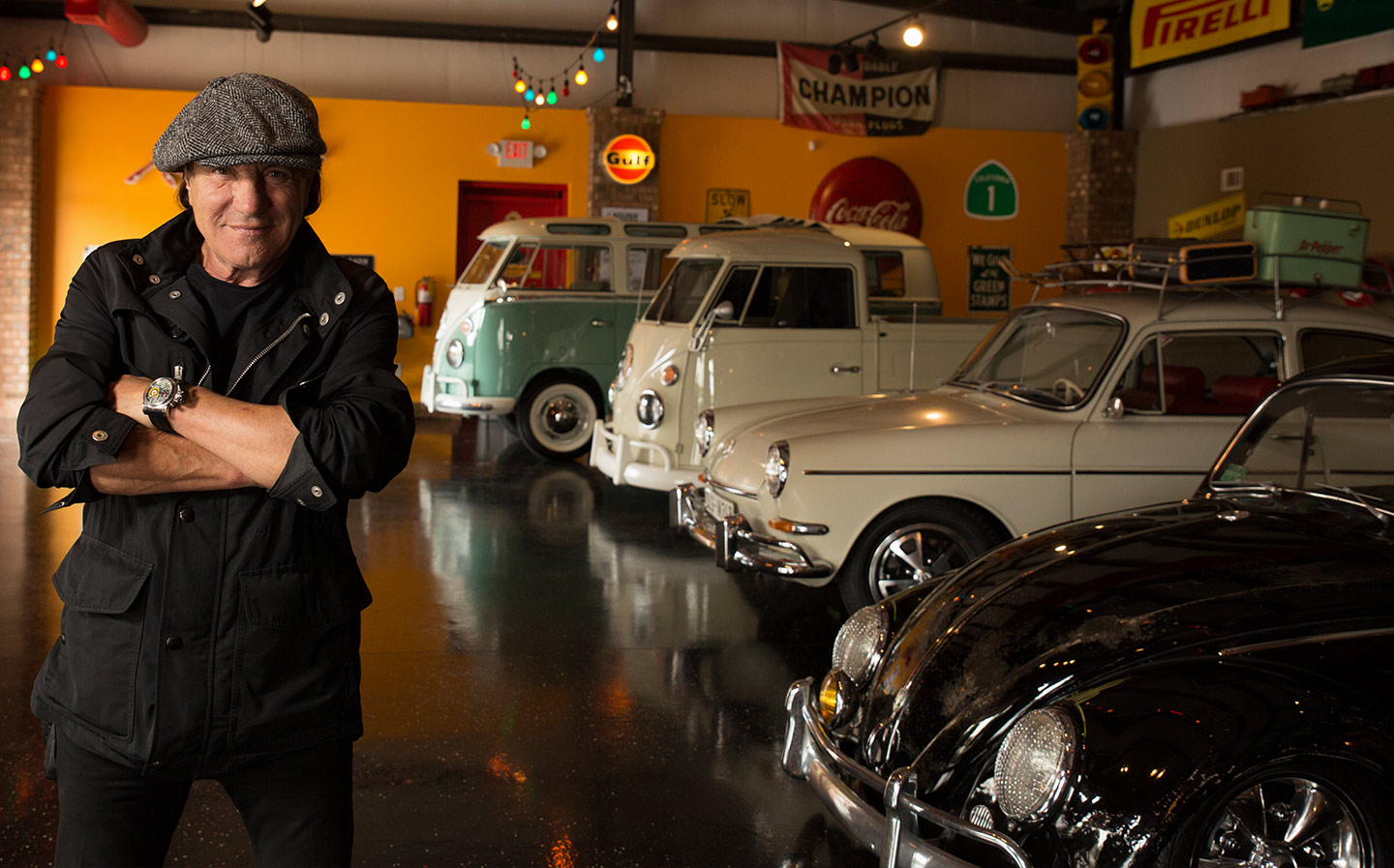 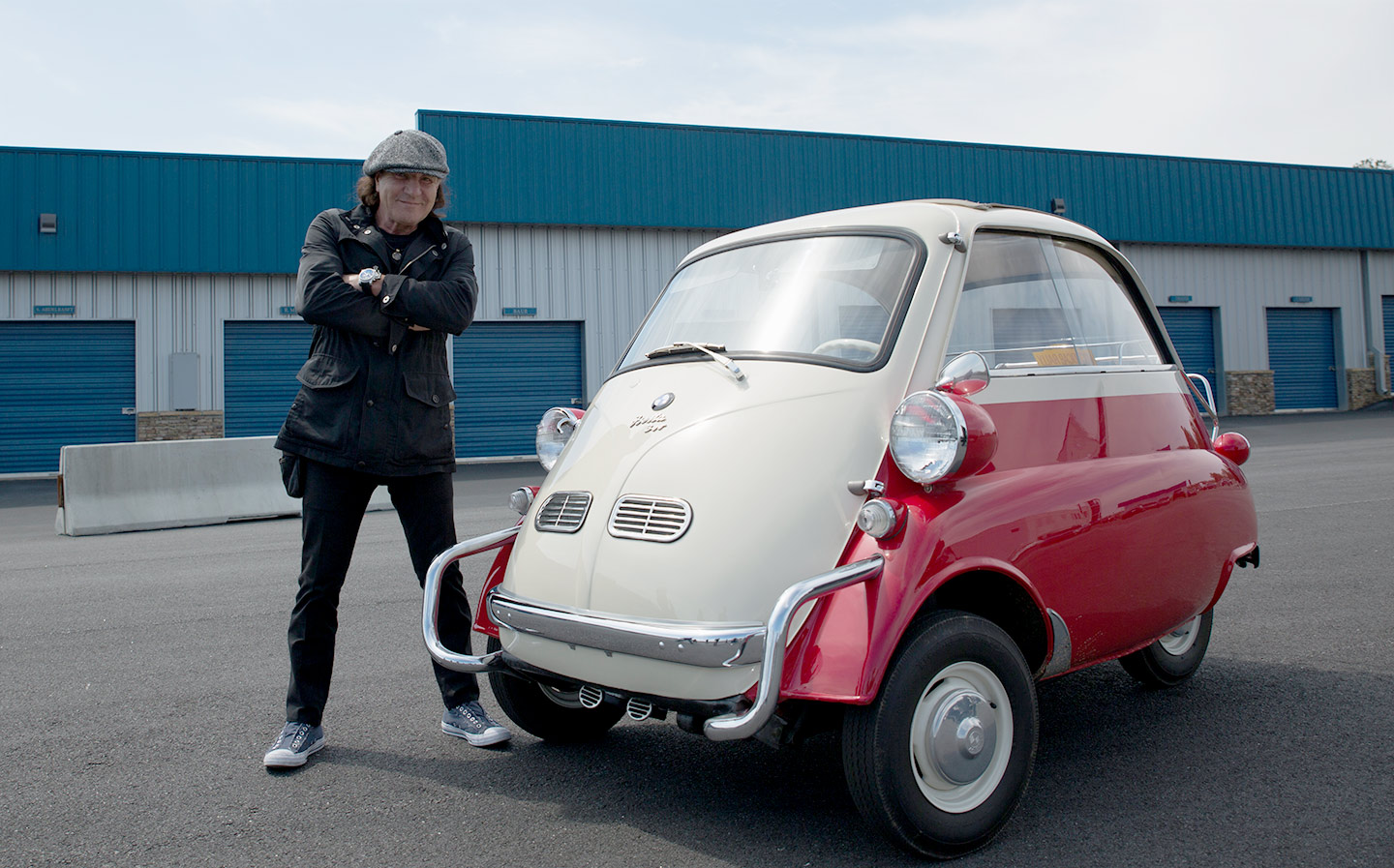 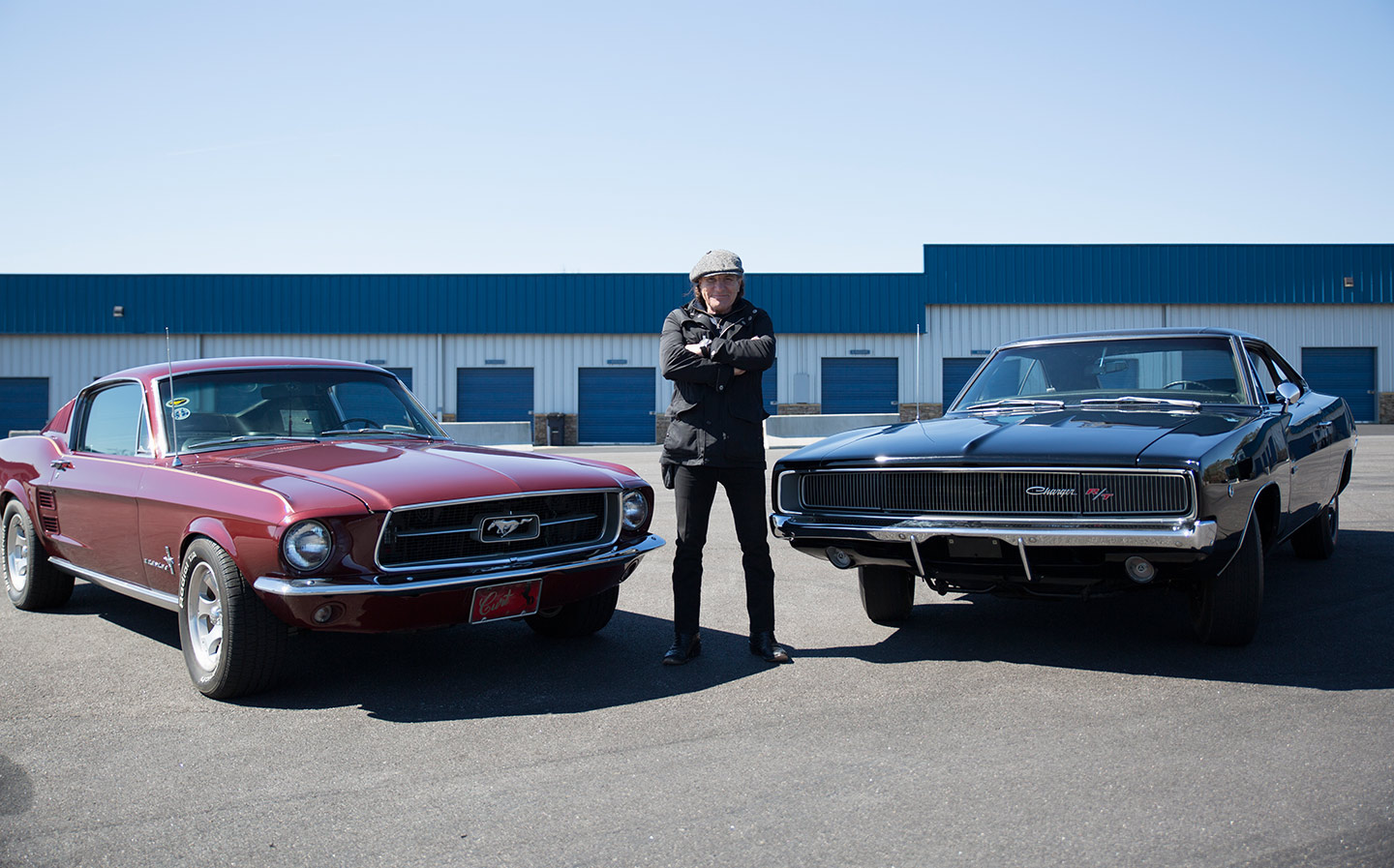 BRIAN Johnson clearly isn’t in the TV game for the money. According to the charismatic AC/DC front man, presenting the new series of Cars That Rock cost him more than he earned, as he’s bought three of the 18 cars featured in it.

“It’s cost us a fortune,” he exclaims over a pint of Guinness and a Scotch egg at his favourite watering hole in Chelsea. “That’s working for TV – unless you’re Chris Evans – but I love it and I don’t really care.”

It’s this ebullience that has made the Cars That Rock– in which Johnson meets and drives some of his favourite vehicles of all time – so watchable, not just for car enthusiasts but for those simply thumbing through the channels. If Jeremy Clarkson and Andy Wilman reinvented the motoring show with Top Gear, back in 2002, before doing it again with The Grand Tour last year, by injecting a heavy dose of entertainment into a previously earnest format, Johnson’s show arguably returns a bit more ‘info’ into the mix without losing any of the fun … albeit on a much tighter budget than the blockbuster BBC or Amazon programmes.

“People ask what’s the difference between my car show and all the other car shows and, well, it’s me,” he says. “I have this unbridled enthusiasm that’s sometimes embarrassing, but I can’t help it. When I watch it, I think, ‘Oh, Brian calm down.’ But I’m going to be 70 in a couple of months and to have an enthusiasm for anything at this age, and for it to be genuine … well, it’s priceless. This kind of thing just gets me going.”

As a true enthusiast, and successful racer (he has raced successfully in America this year and recently competed in three races in the UK, at the Silverstone Classic), Johnson can’t help but delve back into the history of each machine, and pokes around under the bonnet and in the gloveboxes of classic and modern classic cars like a kid in a sweet shop. But unlike many other car shows for petrolheads, that seem to have missed – or ignored – the lessons of Top Gear’s reinvention, Johnson is eminently watchable. As with Guy Martin, the inimitable motorcycle racer who now presents prime time TV shows, the enthusiasm is infectious.

There are selfish reasons for making Car That Rock, he admits: “There are way too many car shows on TV but I couldn’t give a flying flip. You let me loose with cars on a racetrack and do whatever I like with them– lots of models dating back 60 or 70 years – you’ll not find any argument from me.”

Johnson enjoys the craft, too. “Working with these lovely guys under different rules from being in a rock band, I had to be spot on and I learnt stuff, and I had to write as I go along.”

He writes the script as well?

“Well, from a basic guideline given by the director, yeah.”

Cars That Rock has had three directors over the three series, giving each a unique style. This time around, the main difference has been to hire a circuit in Atlanta and have the cars come to Brian rather than Brian travelling the world to meet the cars. According to Johnson, the track is for rich, private owners to store and drive expensive sports cars at, and was designed with recreations of famous corners from the best circuits around the world.

“What they forgot to do, unfortunately, was to include a famous straight,” Johnson jokes. “It’s mental! Up and down, and there’s a straight of about 100 yards and then a hairpin bend.”

“Imagine Europe after five years of the jackboot, seeing the Jeep come along with smiling Americans handing out chocolate and cigarettes. It’s the John Wayne of the car world”

Arguably, having the cars drive to the track could give the third season a more insular, US-focused feel but there are advantages, from keeping costs down to easing logistics. And while Johnson has the appearance of a man in his late fifties, and the energy of one in his twenties, he’s in fact approaching his 70th birthday, and keeping the shoot schedule as contained as possible is clearly advantageous.

The idea was surprisingly effective, though, and an astounding variety of the weird and wonderful of the motoring world showed up for five minutes of fame.

A highlight for Johnson was a Willys MB Jeep, the four-wheel drive army utility vehicle built between 1941 and 1945 that inspired the Series I Land Rover.

“These cars were built in such a short space of time from a tight brief by the American government, it had to be economical and super reliable, and there it was built by a company called Willys couldn’t sell a box of shoes, let alone a car. But it was absolutely fantastic and, for me, a symbol of freedom. I mean, imagine Europe after five years of the jackboot, seeing this thing come along with smiling Americans handing out chocolate and cigarettes. It’s the John Wayne of the car world.”

The producers sent out invites to famous collectors and Johnson wasn’t told what would be turning up on the day, so his surprise at seeing each was genuine. Other cars that rocked up for filming included Elvis Presley’s BMW 507, along with a replica of the 1959 Cadillac Miller-Meteor ambulance from Ghostbusters, complete with proton packs and the Ghostbusters theme song blaring out as it arrived over the crest of a hill.

Johnson, who lives in Florida for much of the year, has an obvious affection for American cars, particularly those with a bit of muscle. He cites as an example the new Dodge Charger Hellcat SRT (“It stands for Scary Race Track car”), with “only 570 horsepower” instead of the 770 horsepower version.

“On the day, I was saying, ‘This car is brilliant. It really is. I cannot believe this is an American car. What’s happening?’ It didn’t drive like a Dodge, you know. It’s supposed to be crap, rotten, but it’s not. Genuinely, from the feel through the steering wheel, which was Audi-like, to the clocks, the buttons, the dials – these are the things I hate American cars for – nasty, fiddly, cheap. It doesn’t even look like chrome or steel inside them. They were awful. Closing the doors, they were like biscuit tins. But this Dodge, at half the price of an Audi, BMW or Mercedes, was really impressive.”

Johnson puts the surprising quality of the new Hellcat down to the fact that American car makers have had to deal with customers increasingly migrating towards German rivals. “Dodge can’t [build cars like that anymore],” he says, “because if they don’t get better, they won’t exist as a company. They can’t just sell pick-up trucks.

“I guess I’m like little Richard Hammond (Clarkson and James May’s co-presenter on The Grand Tour), who loves yank cars. They’re stupid because they’re daft, but there’s something about them and when they’re gone, we’ll miss them.”