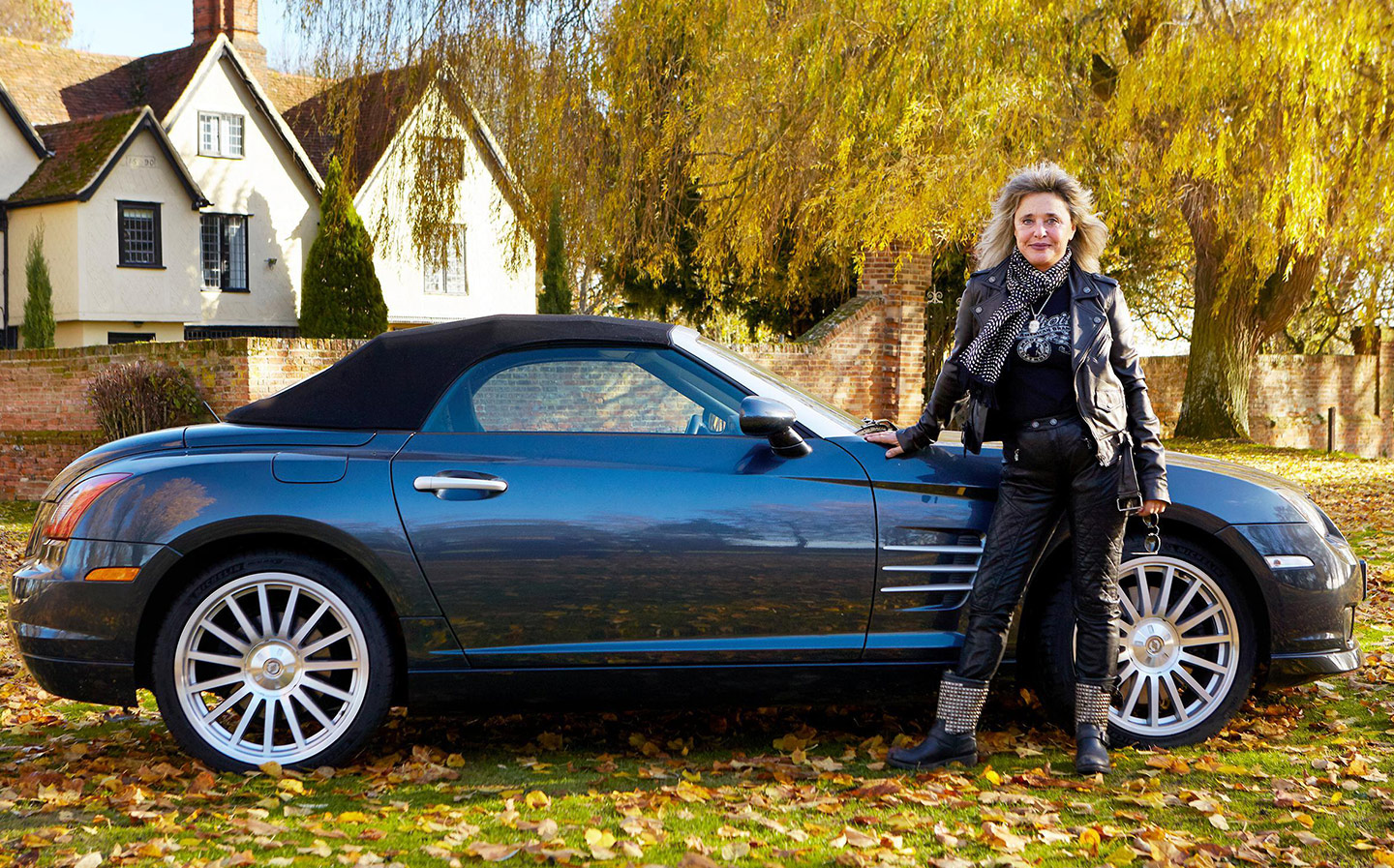 SUZI Quatro has sold 55m records since she burst onto the music scene in the 1970s, plucking a bass guitar in her trademark leather catsuit. She’s best remembered for the No 1 hits Can the Can and Devil Gate Drive, as well as appearances on the sitcom Happy Days.

Born and raised in Detroit, home of Motown and heart of the American car industry, Quatro says music and cars have always been in her blood. Her father, Art, was an engineer for Ford by day and played in a jazz band by night.

“When the family went for a drive in Dad’s big Cadillac, we sang a cappella all the way,” she says.

Her first public performance was playing the bongos with her father’s band when she was seven.

“Later, I saw the Beatles and Elvis Presley on television. From then on I only had one aim, and that was to be a musician.”

Quatro learnt to play the classical piano, until her father gave her a Fender Precision bass guitar in 1964 and she never looked back. In 1965, still only 15, she left school to join her elder sister’s all-girl rock band, the Pleasure Seekers, touring with Alice Cooper and Iggy Pop.

She passed her driving test the following year.

“I was allowed to drive the family car and loved being able to get out on my own for the first time,” says Quatro, 68. “The only thing I didn’t like was when my father put a cushion on the driver’s seat so I could see over the steering wheel — I’m still only 5ft 2in tall now.”

In 1971 Quatro was spotted by Mickie Most, a British record producer, and moved to England to further her career. She had her first No 1 with Can the Can in 1973.

“It was an amazing, exciting time. As the hits started happening, I went out and bought this beautiful Mercedes 280 SL convertible.”

By the late 1970s Quatro had married Len Tuckey, her guitarist, splashed out on a Rolls-Royce Silver Shadow and bought a moated Elizabethan mansion in Essex, where she still lives.

“It was all very rock’n’roll,” says Quatro, who had two children with Tuckey, before divorcing in 1992. “I didn’t own a washing machine, so I took our dirty clothes to a launderette in the Rolls.”

Quatro bought her husband a Porsche 911 Targa and, in addition to the Silver Shadow and Mercedes, they shared a Cadillac Eldorado. “There were only certain places in England you could drive an American car that big back then. I remember picking my parents up at the airport and they were gobsmacked.”

When she and Tuckey split, Quatro sold the Rolls-Royce. In 1993 she married Rainer Haas, a concert promoter, who gave her a BMW Z1 convertible.

“It was a present but Rainer drove it so much that in the end he bought it back from me. Then I fell for a Chrysler PT Cruiser, which looked great but was a terrible drive. Now I have a Chrysler Crossfire convertible for sunny days and a Mercedes CLS for long journeys.”

Quatro keeps much of her rock’n’roll memorabilia in an “ego room” at the top of her house.

“There’s a sign outside saying ‘Mind your head’. It’s full of catsuits, instruments and things from my career. If I had to save one thing in a fire, it would be the big red book I was given on This Is Your Life. I like cars but I can always buy another.”

Suzi Quatro: My life in cars

Me and My Motor: Brian Johnson, AC/DC frontman