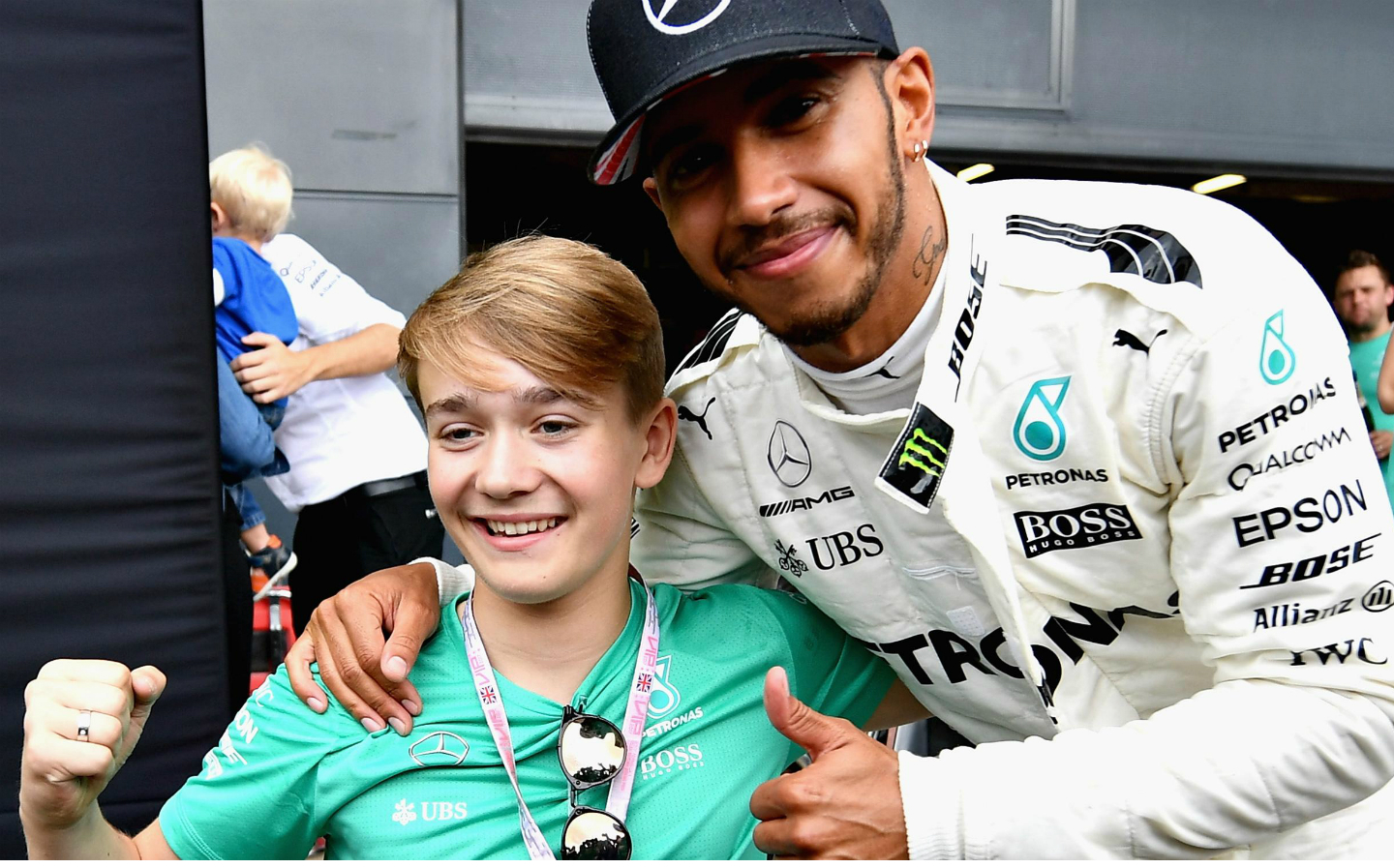 LIKE MANY teenagers, the racing driver Billy Monger spent his 18th birthday in the pub with friends. But getting there was slightly complicated: he had to sneak out of hospital in a wheelchair he had only just become accustomed to.

A fortnight earlier, Monger had nearly been killed in a crash at Donington Park while driving in a Formula 4 race. He had both legs amputated in hospital — one below the knee, the other just above.

The accident in April last year triggered one of the fastest-growing JustGiving campaigns in history, with nearly 20,000 people, including Lewis Hamilton and Jenson Button, donating more than £800,000 to help with Billy’s rehabilitation.

“It wasn’t normal,” Billy says, grinning, when I ask him how it felt to wake up in hospital with no legs and his name all over the news. “Racing is a dangerous sport, and I knew that as a driver before, but obviously you don’t expect that to happen.”

Billy slammed headlong into a car he hadn’t spotted. The paramedics descended, but Billy encouraged them to attend to the other driver, assuming he himself was OK.

He wasn’t: adrenaline was stopping him feeling the pain of his catastrophic injuries. It took 90 minutes to cut him free from the car.

I meet Billy at his family home near Gatwick. It’s a cosy 14th-century house with beams low enough to knock you out and ramps in place of steps, installed by his father, Rob, an electrician.

Billy is on the sofa, legless, having taken off his prosthetic limbs. Occasionally he rubs his stumps absent-mindedly. Polite, self-deprecating, straight-talking, Billy is every mother’s dream son-in-law, with a wholesome smile and glowing skin.

He is already back racing, in an adapted car with manual throttle — with the hashtag #BillyWhizz on his helmet. His accident and his victory in persuading the FIA, the governing body of motor sport, to change its rules so amputees can race in single-seat cars are the subject of a BBC documentary (above).

In it we see Billy racing again at Donington Park, watched by his dad and younger sister, Bonny. Only his mother, Amanda, was absent — she couldn’t face returning to the scene of the crash.

His ultimate goal, as it was before he lost his legs, is to race in Formula One. If anything, he’s bored of talking about the crash. “I am an amputee — that’s just a fact,” he says. “But I don’t really like using the term ‘disabled’. If I’m able to do it, I’ll do it. I’ve got a blue badge for parking, but that’s about as far as it goes. Though my parents normally try to nick it off me.”

I ask what the hardest aspect of his recovery has been. “I want to get everything done quickly, so learning to walk again was frustrating.” He picked it up quickly, but soon other challenges arose — including swimming.

“I dreaded it. Not only was I in a wheelchair and everything was on show, but they had to crane me into the pool.”

Months after the accident Billy returned to college to complete two A-levels he’d missed while in hospital. That was tough: “All my mates had gone off to uni or on gap years, so I didn’t really know anyone. At that stage I still wasn’t walking properly — I had sticks. I couldn’t show people what I was actually building up to do.”

Billy, now 19, has been obsessed with racing for more than a decade. His father introduced him to karting — many pro drivers’ route into the sport — when he was seven, and he became hooked. His childhood hero was Lewis Hamilton.

He now also looks up to Alex Zanardi, an Italian F1 driver who lost his legs in a crash in 2001 and returned as a touring car racer — and has gone on to win four Paralympic cycling gold medals. When Zanardi heard about Billy’s accident, he got in touch to offer advice.

Billy has had a few therapy sessions but says they haven’t been hugely useful. “I don’t have any trauma that I know of,” he says, smiling. “All good so far, really.”

He doesn’t wonder how his life would have panned out if he’d not had the accident, because he can’t see the point. And he wasn’t particularly flustered when he saw the onboard camera footage of the accident so as to better understand what went wrong. When I watch the video online, I find myself decidedly flustered, gripping the desk as his car hurtles into a vehicle that seems to appear from nowhere.

Billy lost his legs just as he was on the cusp of adulthood, independence within tantalising reach. Does he have anything resembling a normal teenage life — going out and sinking more vodka Cokes than is advisable?

Any significant other? “Not at the minute — too busy!”

As well as hungering for F1 glory, Billy has another yearning — for jeans that fit properly around his prosthetic legs. “It would be nice, because it looks a bit weird in winter when I’m in shorts and everyone’s in their big jackets.”

Racing used to be my life. Now, I know there are more important things.

We break off our conversation to have a whirl on the F4 simulator that has been built for him. Set up in his living room, it looks like a hi-tech rowing machine rigged up to three plasma televisions.

I heave myself in and have a go — according to Billy, driving the “sim” feels pretty similar to real racing, though you can’t feel the G-forces battering your body. I push the throttle and zoom onto a patch of lawn. Then I pinball back onto the track, turn the steering wheel too enthusiastically and sail straight into the stands.

“Be less jerky,” Billy suggests. He passed his driving test on the second go, having tried to squeeze through a gap that “just wasn’t there” on the first attempt.

Motor racing is expensive and Billy can no longer rely on family support to pay his way. “You’re talking hundreds of thousands of pounds,” he sighs. His parents have sunk all their disposable income into his hobby for years, but can’t keep doing so for ever.

The JustGiving funds are ring-fenced for Billy’s recovery and rehabilitation. So now, like many other drivers, Billy is having to attract sponsors, without whom his F1 dreams may come to nothing.

It sounds challenging — chasing funding while trying to train for the next season without overdoing it and endangering his recovery. But Billy glides through it all with Yoda-style calm.

“I think I’m mentally a lot stronger than I was before,” he explains. “Racing used to be my life, and if I didn’t get really good results, it would be the end of the world and I’d get really down about it. Now, though I’m still focused on winning, I know there are more important things.”

This article was originally published in The Sunday Times Magazine on November 18, 2018. Driven: The Billy Monger Story was shown on BBC2 on November 19 and can be found on BBC iPlayer.

Mission: Motorsport… and a new lease of life for soldiers