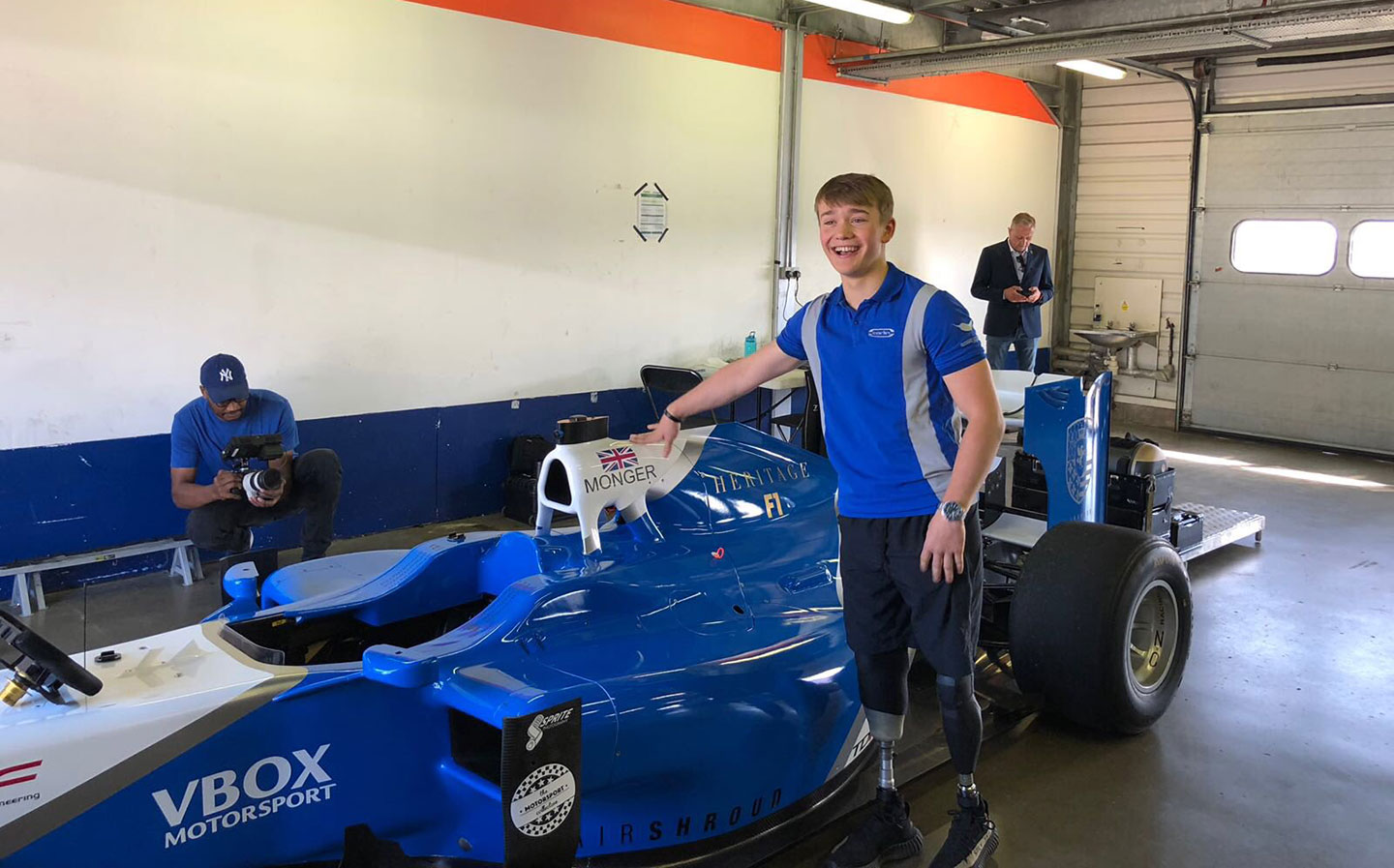 THE DOUBLE-AMPUTEE racing driver Billy Monger has had his first drive in a Formula One car, as part of a surprise test session at the Rockingham race track.

Part of an upcoming Sky Sports F1 video feature, the test drive saw the 19 year-old get behind the wheel of a Sauber C30 from the 2011 F1 season (albeit with the 2.4-litre Ferrari V8 and KERS energy recovery systems replaced with a turbocharged four-cylinder engine).

Time to take her for a quick spin ?? #BillyWhizz pic.twitter.com/7GZ9ddYRVt

Supplied by the Formula One car refurbisher Heritage F1, the Sauber C30 had already been modified to suit Billy Monger’s requirements. Hand controls have been added to the steering wheel, with elements such as the throttle now being controlled through what used to be one of the clutch paddles.

The Formula One drive is the latest step in Monger’s remarkable rehabilitation since a shocking Formula Four crash at Donington Park in 2016, which resulted in the teenager having both of his lower legs amputated.

On top of Monger’s incredible recovery and determination to get back in the race seat, his debut British F3 season this year saw him scoring a podium finish in first race, and he’s currently eighth in the championship table.

Monger is the latest amputee to make huge inroads in motor racing following the loss of limbs. The charity Mission Motorsport has been using motor racing to rehabilitate wounded armed services personnel since 2012, while the former F1 driver and Paralympic gold medalist Alex Zanardi, whose legs were removed in a horrifying oval racing accident in 2001, will race for BMW at the 24 Hours of Daytona endurance race in 2019.

Still hasn’t quite sunk in that I drove an @F1 car yesterday! Can’t thank everyone enough for the opportunity, s/o to you all. Now time to prep for a few busy weeks coming up! ?? #BillyWhizz ? @SugarhillFilms pic.twitter.com/T1QegBJ9nW