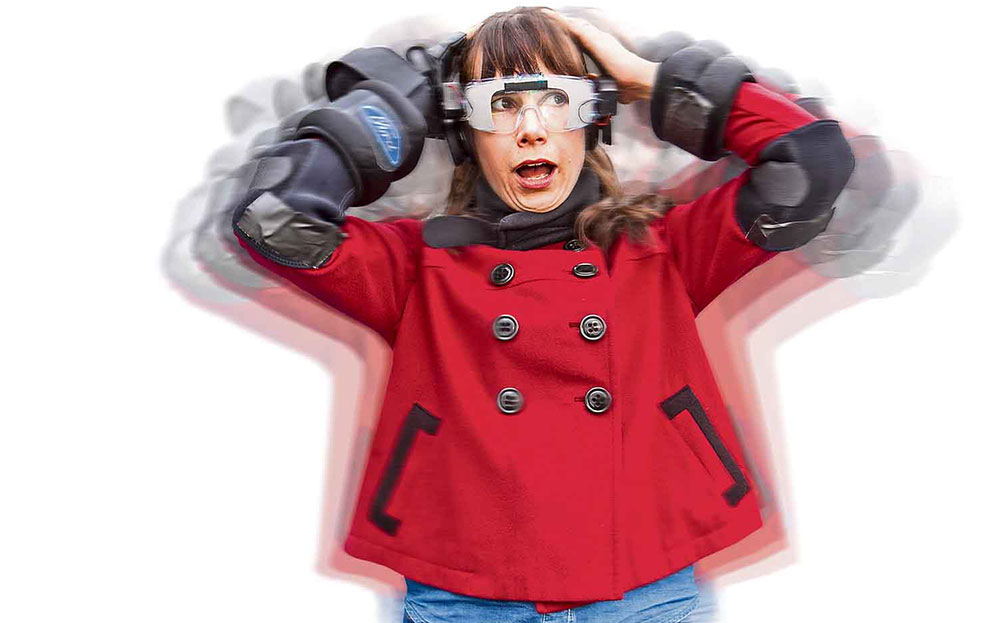 I AM feeling slightly the worse for wear: hands trembling, vision blurred, ears ringing and with a general sense of disorientation. It’s like the mother of all hangovers. Beside me is a car that I have to drive along a tricky bit of road. It is the last thing I feel like doing.

But I am not suffering the after-effects of a particularly heavy weekend. I am playing the guinea pig in part of a new initiative to educate drivers about the dangers of drug driving.

At its technical centre in Dunton, Essex, Ford has been trying out a suit designed to mimic the effects of driving while on drugs, and The Sunday Times was given an exclusive hands-on trial. Lucky me.

First my limbs and neck are weighed down by pads and weights. On my right hand is a glove attached to a vibrating pad, designed to replicate the tremors often experienced by drug users. My vision is impaired by special goggles, designed to induce double vision, while my ears are subjected, through a pair of headphones, to an endless loop of discordant sounds.

Tiny flashing, coloured lights around the goggles mimic the sort of visual effects sometimes experienced in the peripheral vision of drug users, according to Gundolf Meyer-Hentschel, a behavioural scientist commissioned by Ford to design the suit. In short, the outfit transformed me into a one-woman anti-drugs campaign — seriously uncomfortable and deeply uncool. 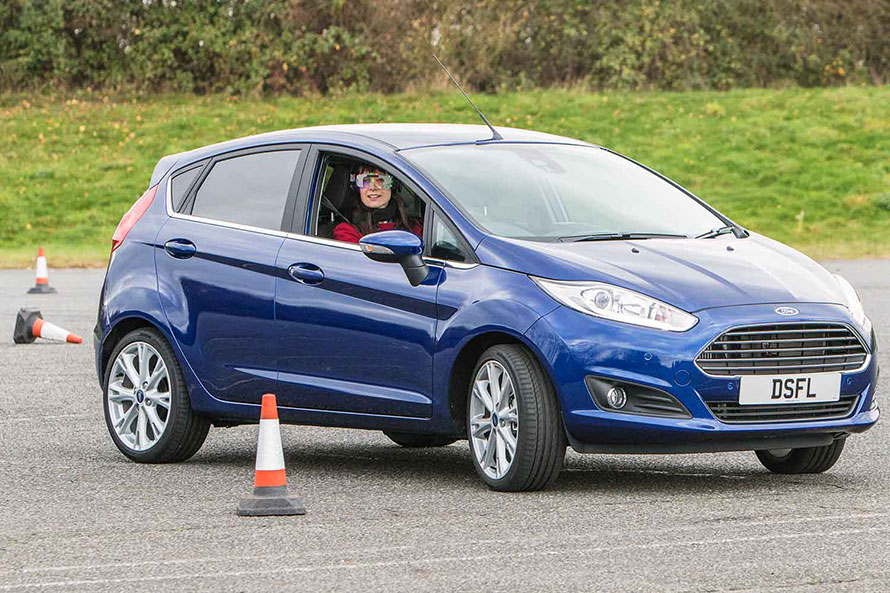 “We used research showing the effects of drugs, primarily cannabis and cocaine,” says Meyer-Hentschel. “The weights and pads are designed to reduce the driver’s co-ordination and reaction times. The sounds you hear through the headphones are primarily there to induce the sort of psychological effects that you might experience on drugs, such as feeling anxious, disoriented and distracted.”

It took three months to design and create the suit, during which time it was tested by drug users to allow comparison with their personal experiences of taking drugs and driving.

It is now being used on Ford’s driving skills for life programme (DSFL), a free one-day driving course for 18 to 24-year-olds, designed to fill in the gaps left by driving lessons (covering everything from HGV awareness to the dangers of drink driving and taking selfies at the wheel).

The suit is an important addition to the programme, according to Jim Graham, DSFL manager. “The drug suit was a logical progression for us because of the alarming statistics around the number of drivers who get behind the wheel after taking drugs.”

The European Monitoring Centre for Drugs and Drug Addiction estimates that in Europe last year 8.8m people aged 15-24 used cannabis and 2.3m young adults used cocaine. According to the French Delegation for Road Safety, drugs were a factor in 23% of fatal road accidents in France last year; one pan-European study found drivers were 30% more likely to be involved in a fatal crash after taking drugs.

The picture in Britain is less clear. A report on drug driving by Sir Peter North in 2010 found drugs could be a factor in as many as 200 deaths on the roads every year, but until last March there was no specific drug driving law. Instead police had to prove a driver had not only taken drugs but was not in control of their vehicle.

To do this they had to administer a roadside field impairment test, which involved the driver standing on one leg or walking in a straight line. A motorist who failed was taken to the police station, where a blood sample was taken, which, if positive, was used as evidence in court. In 2009-10 police carried out 223,423 breathalyser tests for alcohol but just 489 field impairment tests.

Everyone knows not to drink and drive. We need to make people who take drugs socially aware of the risks

The new drug drive law — backed up by roadside testing kits dubbed drugalysers — sets limits at very low levels for eight illegal drugs, including cannabis, cocaine and ecstasy. It also sets limits (which exceed typical prescribed doses) for some prescription drugs. Motorists convicted of drug driving will be banned for at least a year and can be fined up to £5,000 or jailed.

The new law is already beginning to have an effect: a freedom of information request by the Institute of Advanced Motorists (IAM) this year found more than 400 motorists a month had been arrested for drug driving across England and Wales since the legislation had come into force. About 50% of drivers who were stopped tested positive — compared with typically 5% for breathalysers. Cannabis was the most common drug detected.

“The problem is, for the past 20 years there has been a lot of [drug driving] going on,” says Kevin Delaney, head of road safety for the IAM. “Everyone knows not to drink and drive. But for some people who take these drugs socially, they may simply not make the connection. We need to make people aware of the dangers.”

On an otherwise sober Monday morning, the drug suit certainly felt an effective deterrent. My first task was to try to reverse-park a blue Ford test car between two lines of luminous yellow cones (actually my first task was to start the car — not easy with a shaky hand and blurred vision). I was seeing triple and the noise in my ears was excruciating, but I thought I’d managed it pretty well. Yet, when I lifted up the goggles, I could see I was straddling a line and the nose of the car was sticking out by about 3ft.

Then came the slalom. I was told to manoeuvre the car in and out of a line of cones. But, with my hand jittering wildly, my brain struggling to block out the cacophony and my vision all over the place, I only realised I’d crashed into a cone when I felt it dragging along under the bodywork. I took out a second in my attempt to shake off the first and, before I knew it, I was being waved at frantically by a Ford employee to stop the car, which had two cones wedged underneath it and was making a horrible crunching sound.

Of course, the big difference between slipping on a drug suit and actually taking drugs is that, inside it, I remained a clear-thinking individual and was able to adapt to the distortions. A driver who was genuinely high on drugs probably couldn’t.

“My advice to regular drug users is simple,” says Delaney. “Get the bus.”

After testing the suit, I have to agree with him.