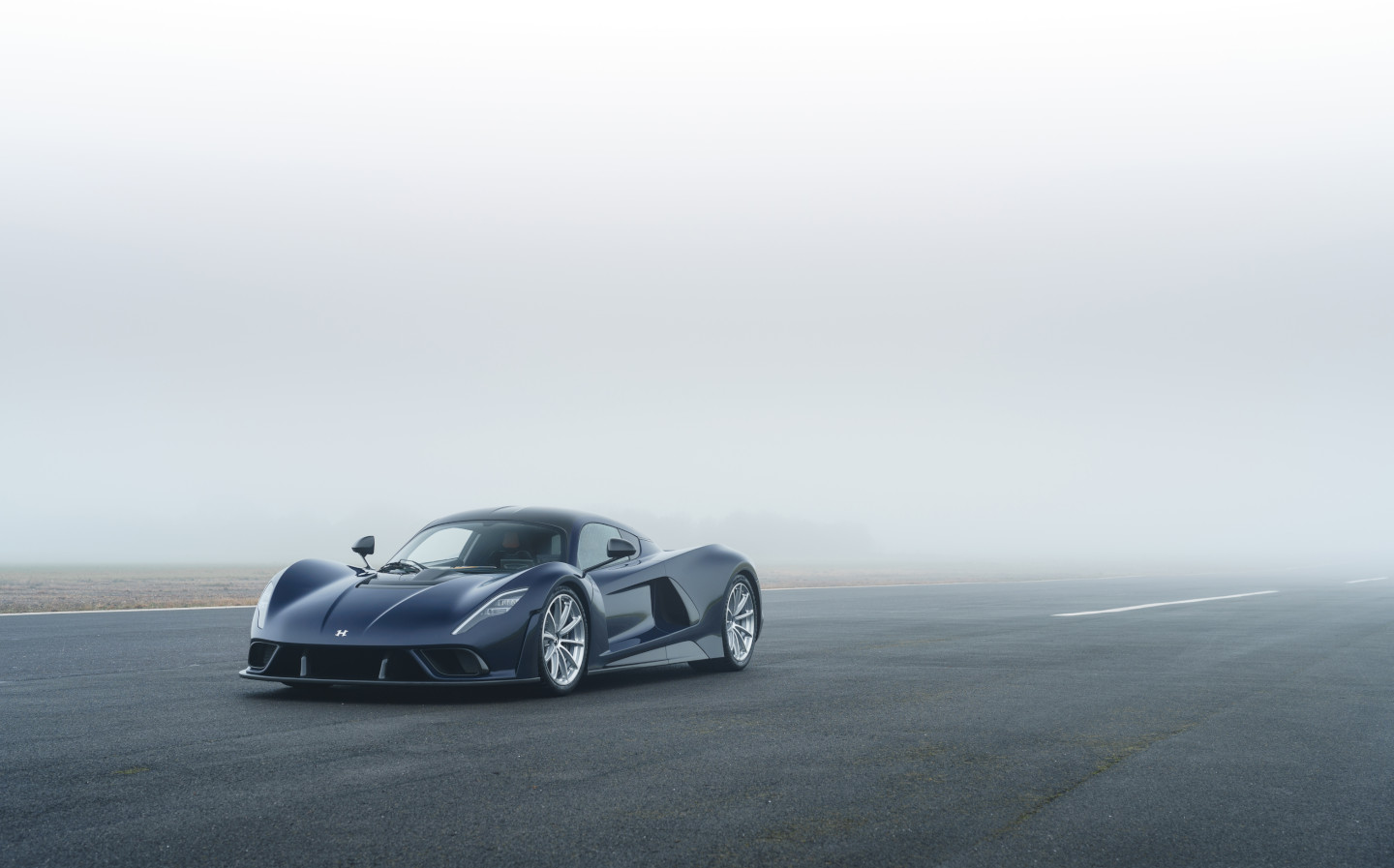 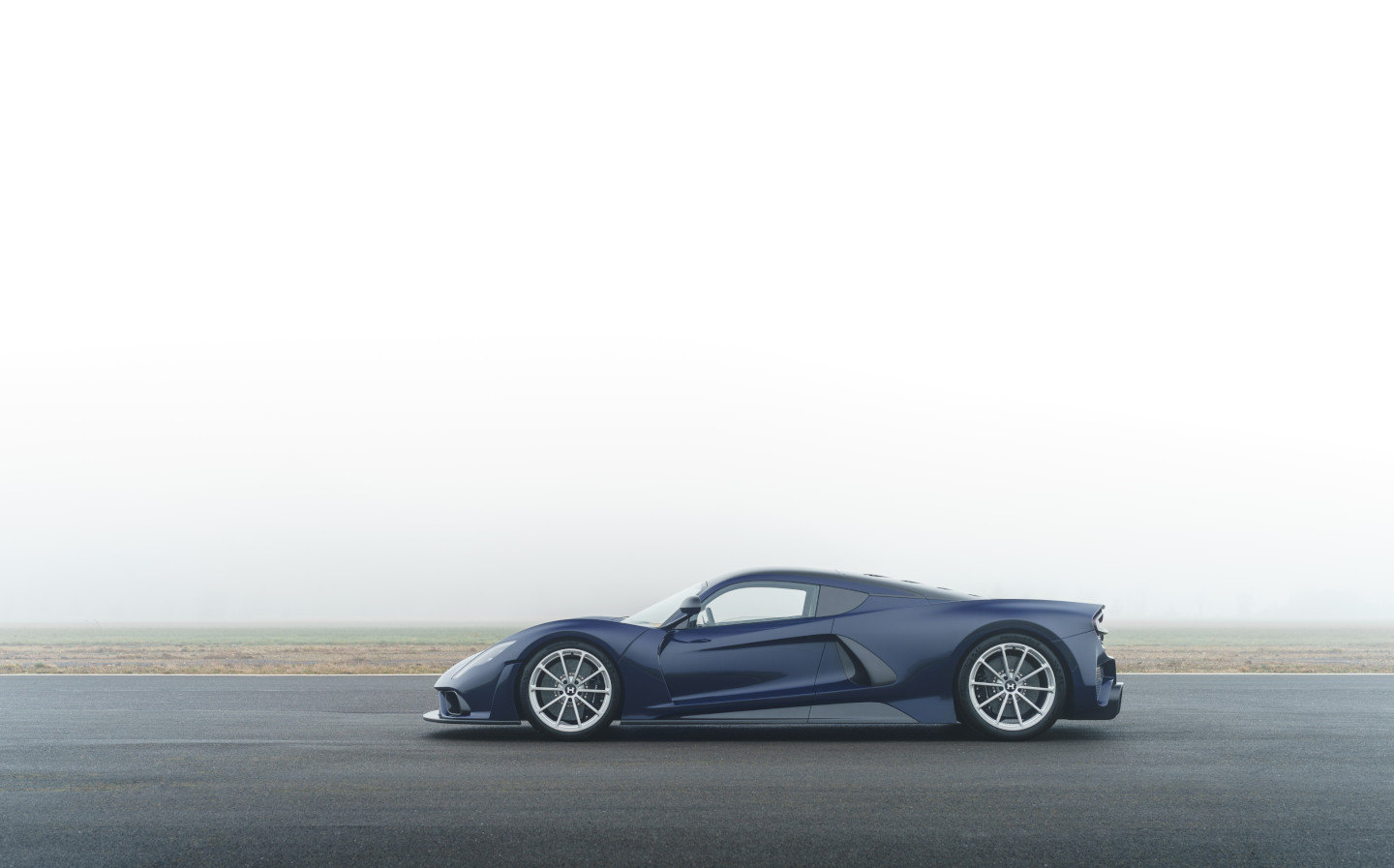 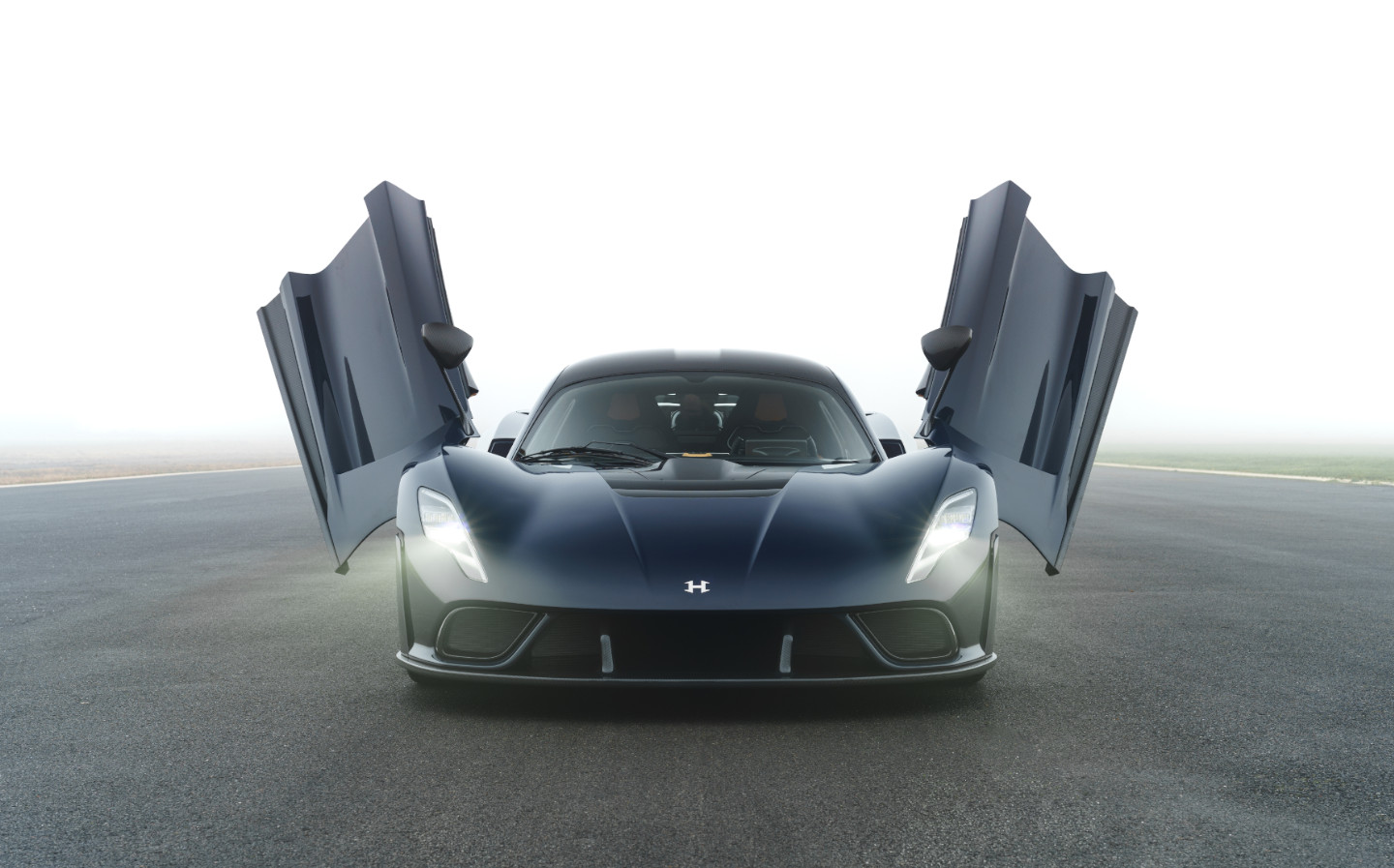 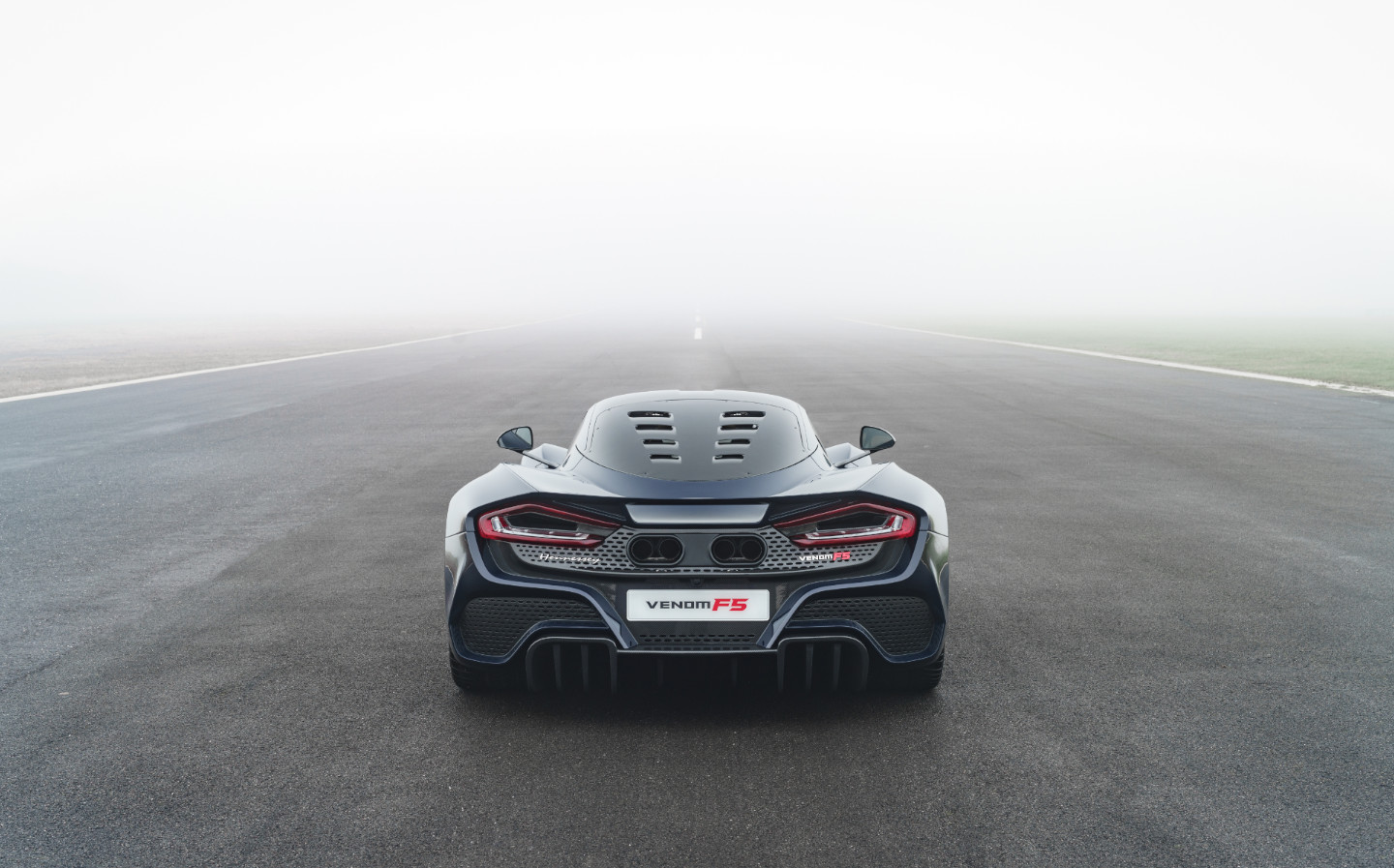 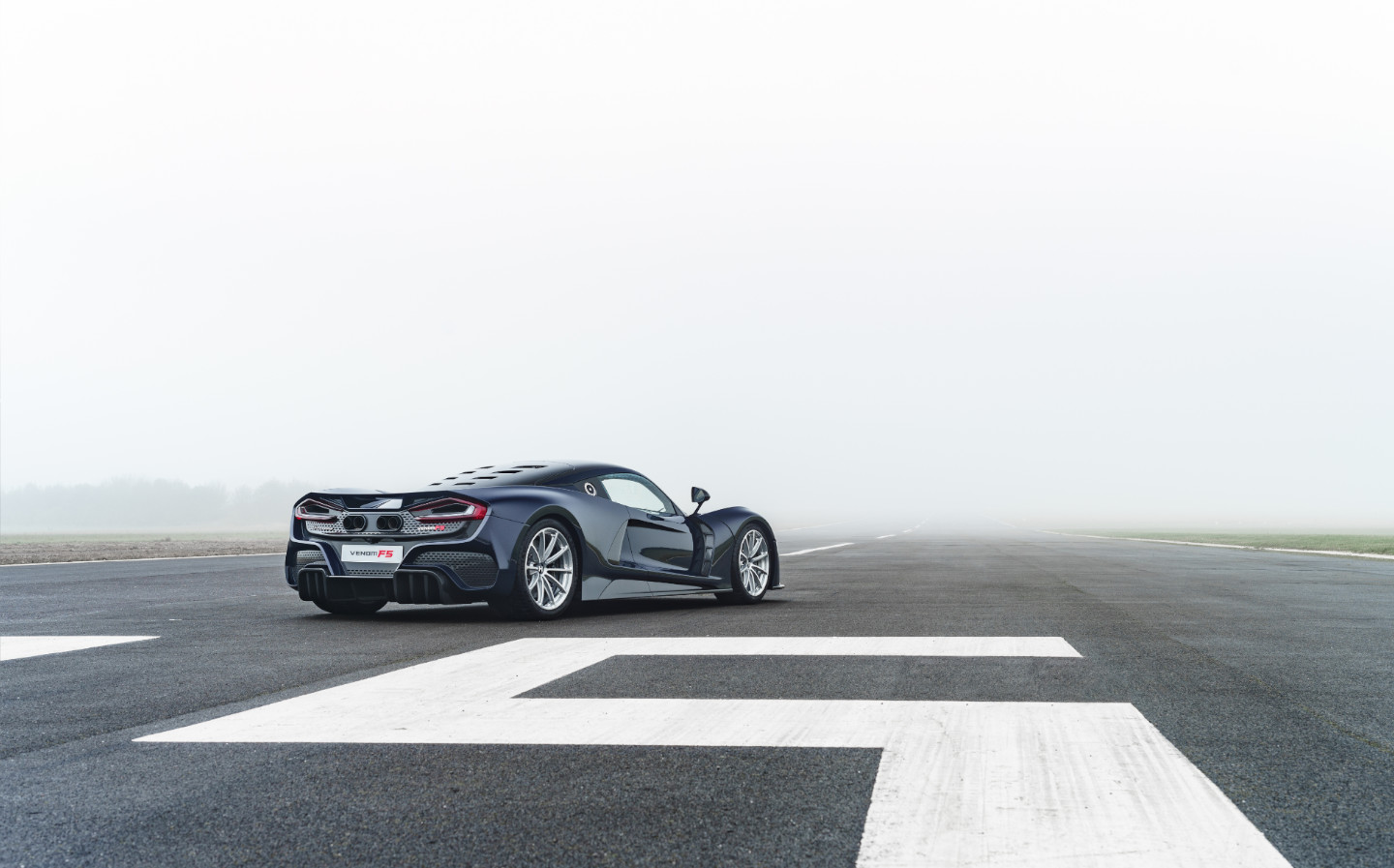 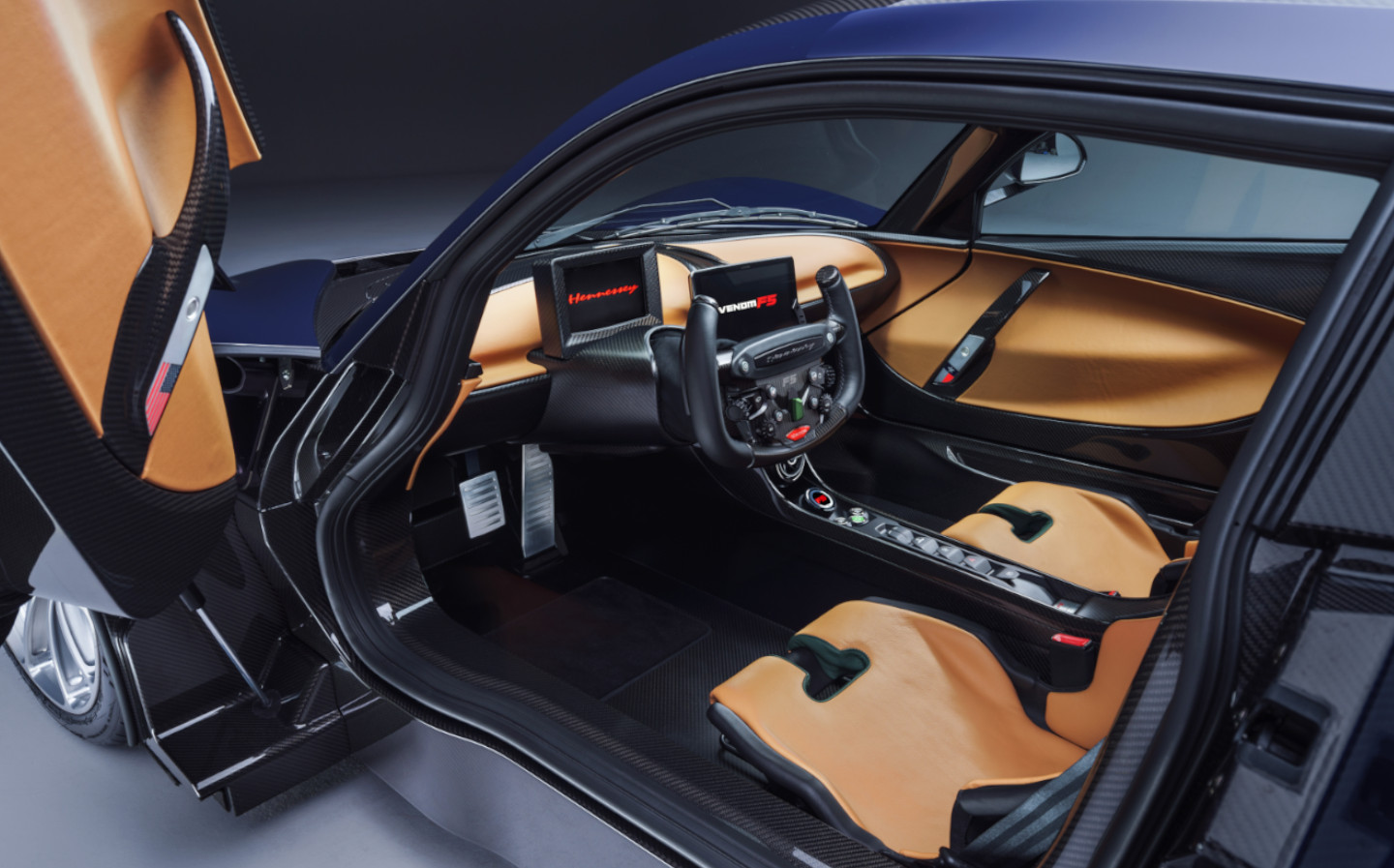 HENNESSEY Performance Engineering has unveiled the Hennessey Venom F5, a 1,792bhp hypercar that has a theoretical top speed of 334mph.

The Venom F5 will release onto the same end of the hypercar spectrum as the upcoming Bugatti Chiron SuperSport 300 and the SSC Tuatara. It takes its name from the Fujita Scale, which measures the intensity of tornados — F5 being the most severe designation, of course.

The Venom F5 relies on the age old recipe of large amounts of power, lightweight construction and aerodynamic design for its performance: its oomph comes from a bespoke 6.6-litre, twin-turbocharged V8 engine named “Fury”, which produces a massive 1,792bhp at 8,000rpm and 1,193 lb ft of torque at 5,000rpm.

The Fury, mounted low down in the car’s structure, makes the Venom F5 the most powerful production road car ever made, its maker claims. 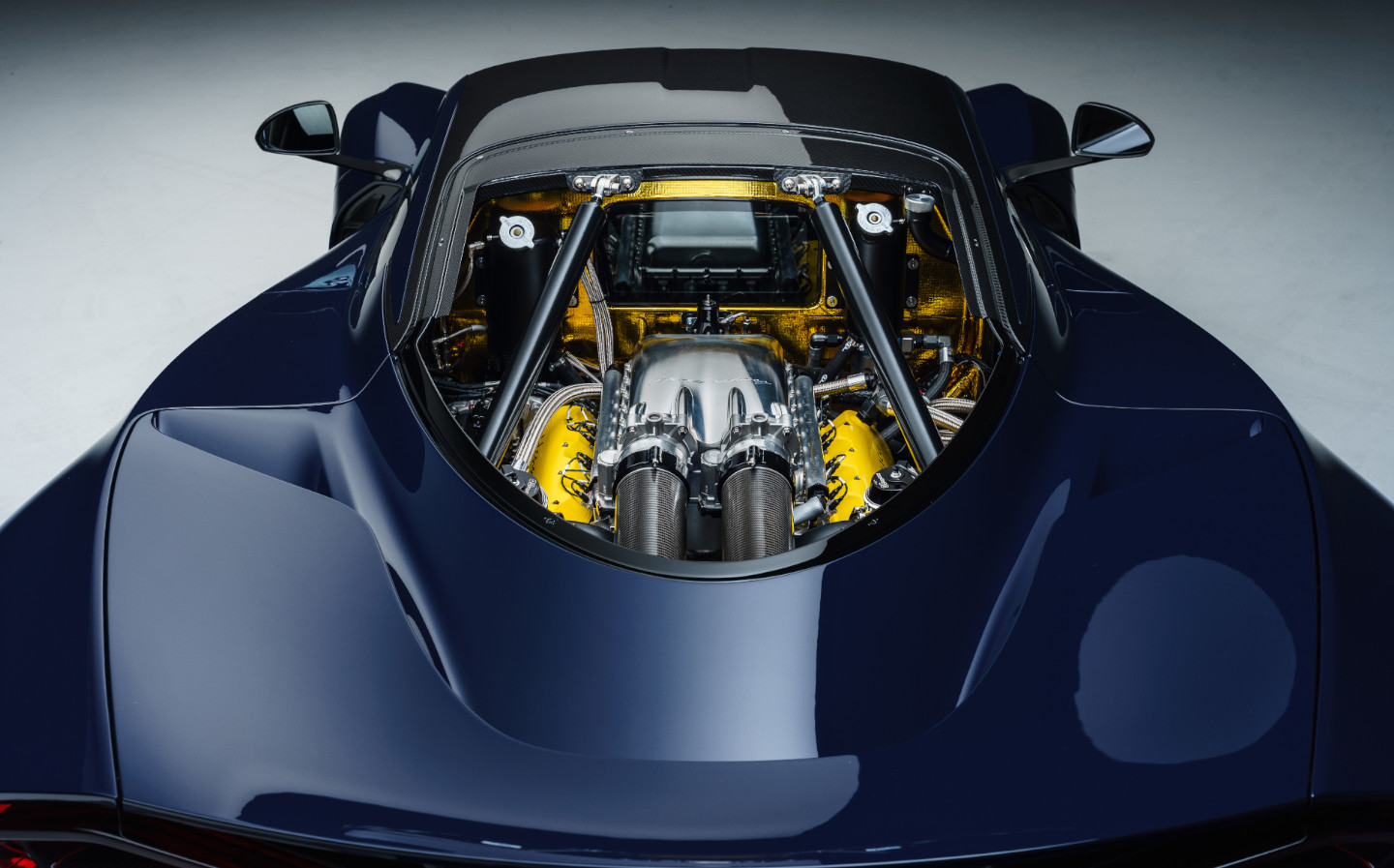 That power is sent to the rear wheels through a semi-automatic, single-clutch seven-speed gearbox that the company claims was the only unit suitable for transferring the F5’s torque to the tarmac. Power can be controlled through five modes — Sport, Wet, Drag, Track and F5 — the latter being the only one in which the car’s full potential is unlocked.

The inclusion of other weight-saving efforts such as carbon fibre exterior panels, doors and door sills means that the F5 has a dry weight (i.e. without humans, fuel, other fluids or cargo on board) of 1,360kg.

The design was inspired by fighter jets, with a low-slung, sculpted shape that aims to direct air around and beneath the car in the fastest possible way. Nathan Malinick, Hennessey director of design, commented: “We started our design journey with a goal to be the fastest car in the world. As the F5 evolved and our targeted dynamic capabilities were defined, we relied on a guiding principal that function defines form to sculpt the exterior.

“We worked hand-in-hand with our engineering team to ‘skin the beast’ with aerospace-inspired forms to create a machine that is highly capable technologically, but that is also beautiful.”

Hennessey has neglected to go as far as the McLaren F1 or GMA T.50 and install a central driving position but the steering wheel is aeroplane-inspired, as is the head-up display.

There are touches of luxury including leather supplied by one of Europe’s oldest tanneries, and infotainment tech such as Apple CarPlay and Android Auto compatibility.

Its performance limits are yet to be tested but Hennessey is hoping to exceed speeds of 311mph when it tests the F5 at Nasa Kennedy Space Centre’s 3.23-mile long runway in Florida next year. In order to ensure this is possible, the car’s seventh gear ratio has a theoretical top speed of 334mph.

If it does hit that speed, the Venom F5 will be more than 40mph quicker than its predecessor, the Venom GT. Hennessey also claims that the F5 will be able to sprint to 186mph in just 8.4 seconds — quicker than an entry-level VW Golf can get to 62mph. Getting to 249mph will take just 7.1 seconds longer.

As one may imagine, all that power, speed and carbon fibre doesn’t come cheap and doesn’t come easy. Only 24 editions of the Venom F5 will be made, and they’ll cost a mammoth $2.1m (£1.57m) each.

It’s possible that Hennessey will use the Venom F5 to attempt a production car speed record, the current holder of which is in doubt after the the SSC Tuatara’s claimed record in Nevada this year was questioned.