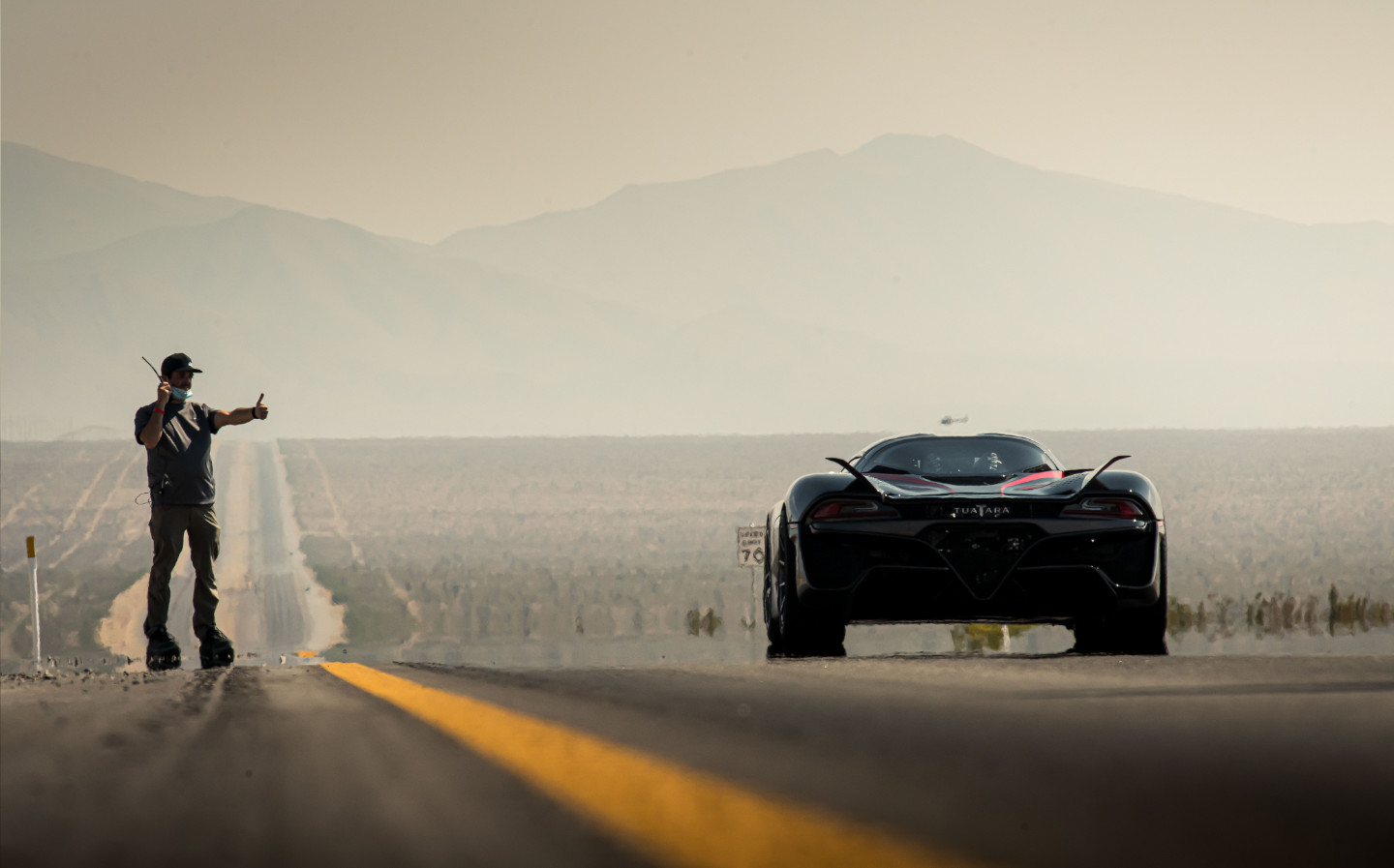 JEROD Shelby, the CEO of supercar manufacturer SSC North America, has published a statement responding to doubts about the legitimacy of the world record claimed to have been set by the company’s Tuatara hypercar.

In the press release, released yesterday, Shelby insisted that the car had hit the 331mph that SSC claimed last week and that the “numbers are indeed on our side”. However, he admitted that “the depiction of the speed run, in video form, had been substantially incorrect”.

He said that SSC had only realised after the video’s publication that there were issues in two videos made by the company, and that the team responsible for the video editing had not double-checked the accuracy of the information presented before its release.

“While we had never intended for the video captured to play the role of legitimising the run, we are regretful that the videos shared were not an accurate representation of what happened on October 10,” said Shelby.

Questions regarding the validity of the speed record culminated in a video by YouTuber Shmee150 on October 26, which has been viewed more than 600,000 times at the time of writing. In the video, Shmee150 — real name Tim Burton — noted that there were inconsistencies in the claims made by SSC based on time/distance calculations, the car’s speedometer compared with the speedometer on the video’s overlay, side-by-side footage of the Tuatara’s record-breaking run compared with that of the Koenigsegg Agera RS on the same stretch of road in 2017, and the car’s mechanical setup — specifically the top speed the Tuatara can reach in each gear.

In his statement, Shelby addressed some (but not all) of these perceived inaccuracies. For example, attached to the statement were technical specifications including gear ratios and the Tuatara’s top speed in each gear. According to the press release, the top speed of the car in sixth gear (the gear in which the top speed during the run was achieved, it has been confirmed) is 336mph, 40mph more than the figure calculated by Burton.

Other issues, such as the synced videos of the Tuatara and the Agera RS in which the ostensibly slower Agera RS reaches a median point of the route quicker than the Tuatara, have not been addressed. Neither have time/distance calculations made by Burton that allege the Tuatara must have been travelling slower than claimed by SSC.

In many ways, therefore, the statement made by Shelby “to build trust in the SSC team, and in the exceptional feat the Tuatara has earned” has provided more questions than answers. It remains likely that the debate over the legitimacy of the Tuatara’s record will persist until unedited video has been released for analysis — which SSC and Driven+, the studio creating a documentary about the speed run, are reportedly working on supplying — and the record has been verified by Guinness World Records, generally seen as the global authority on world record verification.

Last week a representative from the Guinness World Records confirmed that none of its officials had been present at the event, but that it would “look forward to reviewing their evidence in due course”.

“On October 22, Dewetron sent a letter to SSC confirming the accuracy of the equipment and speed sensor they had provided to SSC, and that letter will also be submitted to Guinness as part of application for the world top speed record.
“As an additional step, SSC is in the process of submitting the Dewetron equipment and speed sensor for further analysis and verification of that equipment’s accuracy.”

Driving.co.uk has contacted SSC to ask if it has any response to specific questions asked by Burton not addressed in yesterday’s statement.