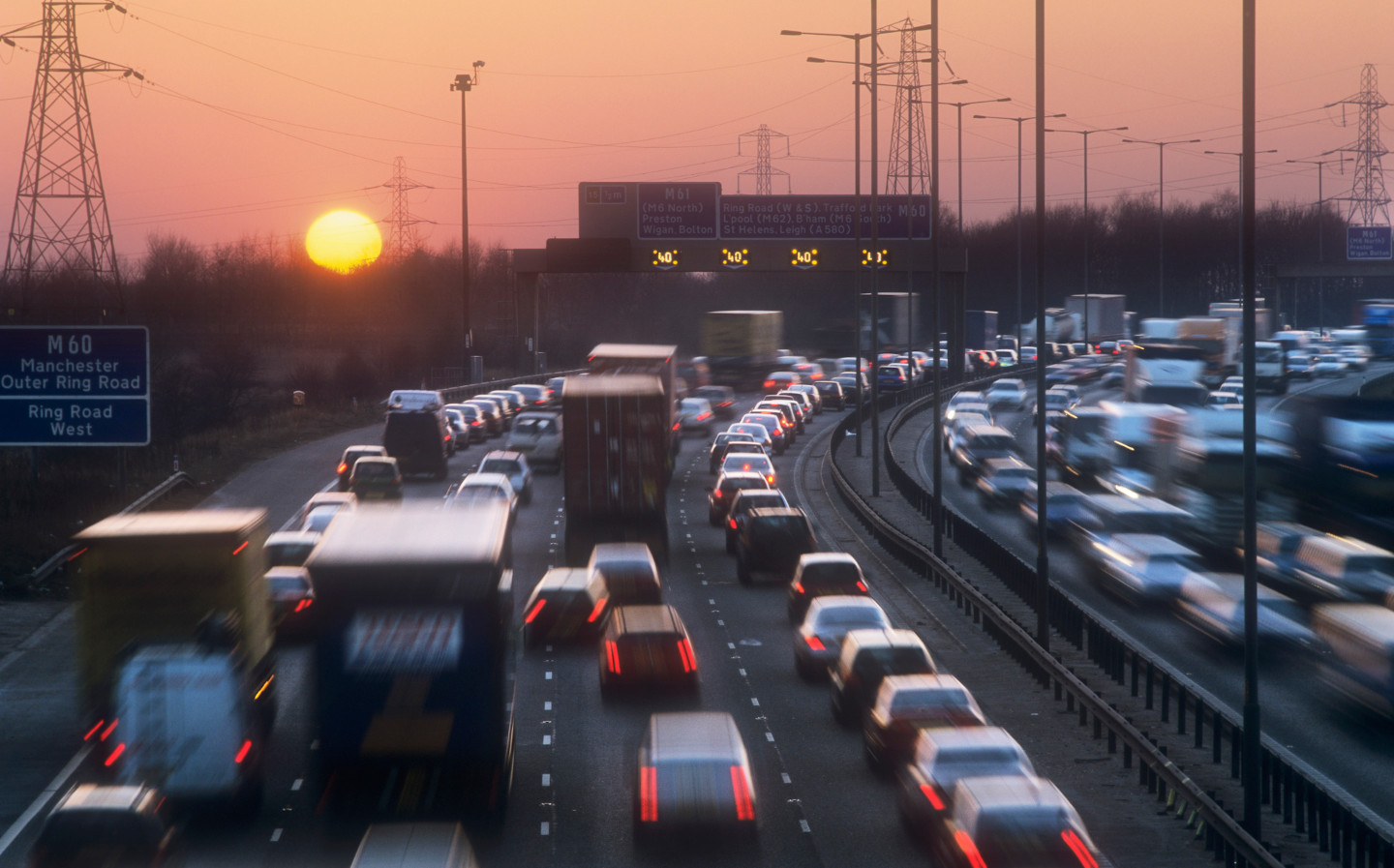 ALMOST HALF of a £75m fund intended to bring down the levels of pollution on the UK’s motorways has gone unspent, an official review has found.

According to analysis published yesterday by the Office of Rail and Road (ORR), an official watchdog, only £38.7m of the fund has been used in the last five years. The review found that the rest of the budget has gone untouched because officials have yet to find “effective solutions” for bringing down pollution levels.

The report found that a portion of the money had gone towards the trial installation of pollution barriers, which aim to stop the emissions from cars on motorways spreading to surrounding areas. They were introduced to a stretch of the M62 in Greater Manchester in 2015, with more barriers added to lengthen the area a year later. Barriers that make use of a nitrogen oxide-absorbing polymer have also been trialled.

However, officials have struggled to find other ways to spend the £75m fund, despite mounting concern about vehicle emissions. Despite the increasing popularity of greener pure-electric and hybrid models, CO2 levels from new cars rose by 2.9% in 2018, according to the Society of Motor Manufacturers of Traders (SMMT).

There have also been calls to cancel new road-building schemes, including the government’s Road Investment Strategy 2 (RIS2), which aims to build or upgrade 4,000 miles of road across the UK. One of its major projects is the construction of a two-mile-long tunnel under Stonehenge in Wiltshire, over which the Transport Action Network (Tan), a group campaigning for more sustainable transport, has pursued legal action against the Department of Transport (DfT).

A study this month by Transport for Quality of Life, an environmental consultancy, found that the impact of the government’s road building initiative would cancel out the environmental benefits of electric cars, The Times reported.

The ORR study found that NOx emissions, which are linked to breathing problems and have been linked to diesel cars, could be lowered if the 70mph speed limit were to be lowered on stretches of motorway. The watchdog said that Highways England, which is government owned and manages the country’s major roads, is assessing 101 stretches of the motorway network where pollution may be higher than legal limits allow.

Lowered speed limits of 60mph have already been enforced in some areas in order to decrease nitrogen oxide emissions, including the M32 at Bristol, the M4 at London and the M621 at Leeds.

Highways England is likely to face opposition from motoring groups if lowered motorway speed limits are widely introduced, unless they can be shown to help improve traffic flow. Motorway delay times rose from 8.9 seconds per mile in 2015 to 9.3 seconds per mile last year.

Highways England said it is committed to meeting its legal obligations to improve air quality.

The government has committed to “net zero” greenhouse gas emissions by 2050, which means either eliminating them from homes, transport, farming and industry or offsetting them by planting trees or removing CO2 from the atmosphere in other ways. Theresa May, who was prime minister when the target was announced in June 2019, cited a “moral duty to leave this world in a better condition than what we inherited”.

Around a fifth of the nation’s greenhouse gas emissions come from road transport, according to the Office of National Statistics (ONS). Although the last couple of years have seen a steep rise in the popularity of electric vehicles, they still only make up a small fraction of the cars on the UK’s roads and around 5% of new car sales.

A ban on the sale of petrol and diesel (and possibly hybrid) vehicles is due to come into effect in 2035, or even earlier subject to consultation.

Pollution concerns could spell end of free deliveries by van