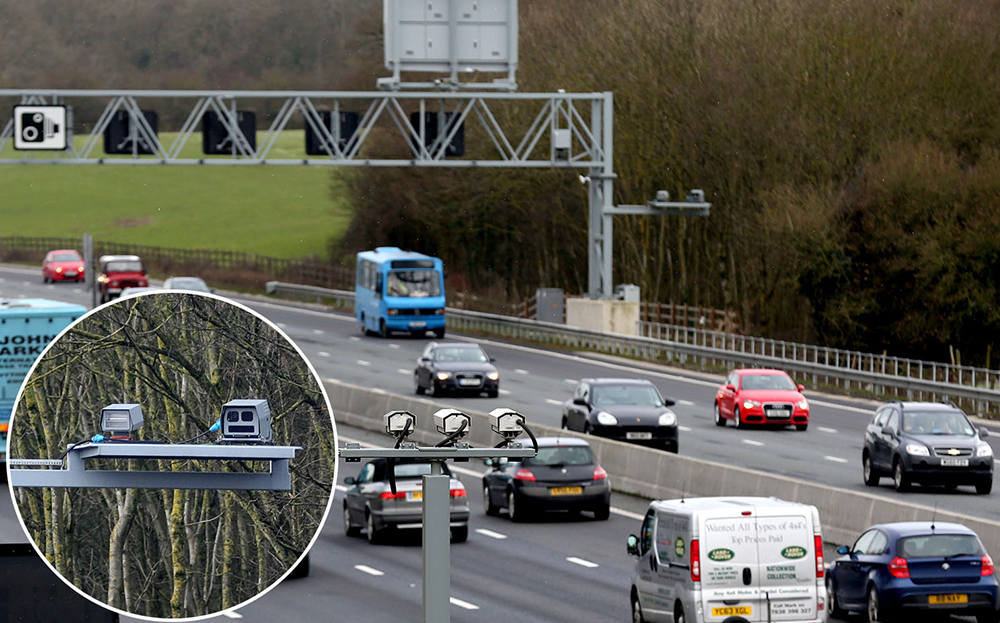 BRITAIN’S TOP speed enforcer used to be a traffic cop. PC Andy Brandish, a legend among his peers, has a reputation for fearlessly pursuing errant motorists who disregard speed limits. His many scalps include those of Jay Kay, the Jamiroquai singer, caught at 111mph on a motorway, and Michael Flatley, of Riverdance fame, caught at 129mph.

Unchallenged for more than a decade, the record of the former Thames Valley traffic officer, now with the Metropolitan police, has been eclipsed — not by a human but by a grey box containing circuitboards and a radar device.

The recently installed “stealth” camera is near Clacket Lane services between junctions 5 and 7 on the M25. Within a few months of being switched on, it has caught three of the country’s fastest speeders, including one clocked at 146mph, the highest speed recorded on British roads last year.

The same camera caught two more motorists, both driving at 130mph. That means it has caught three of the 16 motorists photographed driving in the highest speeding bracket of 130mph or more. While Brandish’s record may not be definitive — there are no national figures available — it looks as though a new generation of cameras being installed on motorways will overtake even the best police patrol cars and most dedicated traffic cops in their tally of offenders.

Within a few months of being switched on, it has caught three of the country’s fastest speeders, including one clocked at 146mph, the highest speed recorded on British roads last year.

Known as Hadecs3, the devices have drawn criticism because they are hard to spot. Traditional Gatso-style cameras are painted yellow, but the stealth cameras are grey and require no white calibration lines on the road. As The Sunday Times revealed last year, they are being introduced on the motorway network in significant numbers to enforce the 70mph limit.

Motoring organisations say they offer a glimpse of how motorway speed limits will be enforced in the future. Even Brandish accepts that the glory days of human traffic cops may be over. Told that his record had been beaten, he seemed resigned to the fact that the future belonged to robot sentries such as the Hadecs3. Cost-cutting and advances in camera technology made that inevitable, he said, while adding that cameras had their limitations: “People will slow down for a camera but speed up afterwards.” 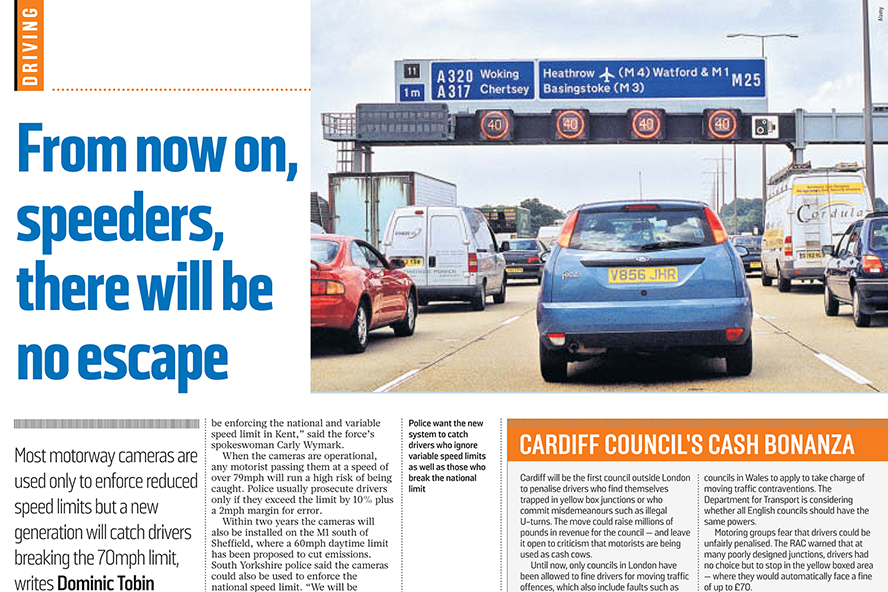 The Sunday Times Driving report on Hadecs3 from February 2014

The number of traffic police in England and Wales has fallen by 23% over the past four years — from 5,635 in 2010 to 4,356 in 2014 — according to government figures, partly as forces prioritise other areas of law enforcement and struggle with budget cuts, but also because technology can do the same job.

Until recently, motorways had held out against the march of speed cameras. The expense of installing the devices across several lanes of traffic, combined with popular mistrust of how they would be used, meant most speeding offences were still enforced by officers on patrol. The Hadecs3 devices, which can monitor up to five lanes simultaneously, are set to change that.

The Highways Agency says the cameras are primarily for safety, but there is evidence that they generate significant revenue for the Treasury and the police. Between October 22 and January 15, the M25 camera caught 1,513 people, meaning it is likely to have generated about £150,000, although the exact figure is unknown since fines can vary.

One of the three drivers caught at Clacket Lane, it later transpired, was a police officer in an unmarked car responding to a bomb threat

Though they are welcomed by many drivers, there is concern that they cannot take into account extenuating circumstances and may penalise drivers unfairly. One of the three drivers caught at Clacket Lane, it later transpired, was a police officer in an unmarked car responding to a bomb threat. Kent police said that the fine had been cancelled after an investigation. They acknowledged that it was a more unwieldy process to issue a ticket and then withdraw it, in the case of a motorist with a valid excuse, than for a traffic officer to allow leniency.

The Department for Transport has announced a review, which may result in a pause in the installation of the cameras or a requirement that they be made more conspicuous. Last week Labour promised to introduce regulations that would require the cameras to be painted yellow if it won the general election in May.

However, the Highways Agency believes it has the evidence to proceed with installing the cameras, and even to speed up their deployment. One road safety source said: “It’s clear from the early success of the Hadecs on the M25 that speed cameras are vital because some drivers are using motorways like racetracks.” 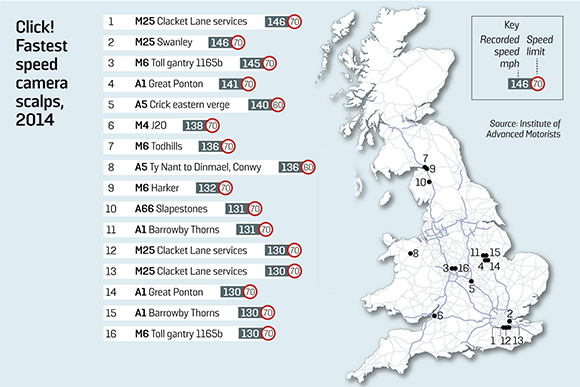 When The Sunday Times drove the stretch where the fastest speeders were caught, many drivers were apparently still unaware that their speeds were being monitored. The section of road has been converted to a so-called smart motorway, a measure designed to reduce congestion by absorbing the hard shoulder into the main carriageway. That has also had the effect of widening it — a temptation for would-be speeders.

When we drove along it at 10pm on a Friday, many drivers using the outside lane appeared to be travelling well in excess of 90mph. There were speed-camera warning signs, as on other stretches, but the Hadecs were almost invisible — silent sentinels against the dark sky and the tree line.