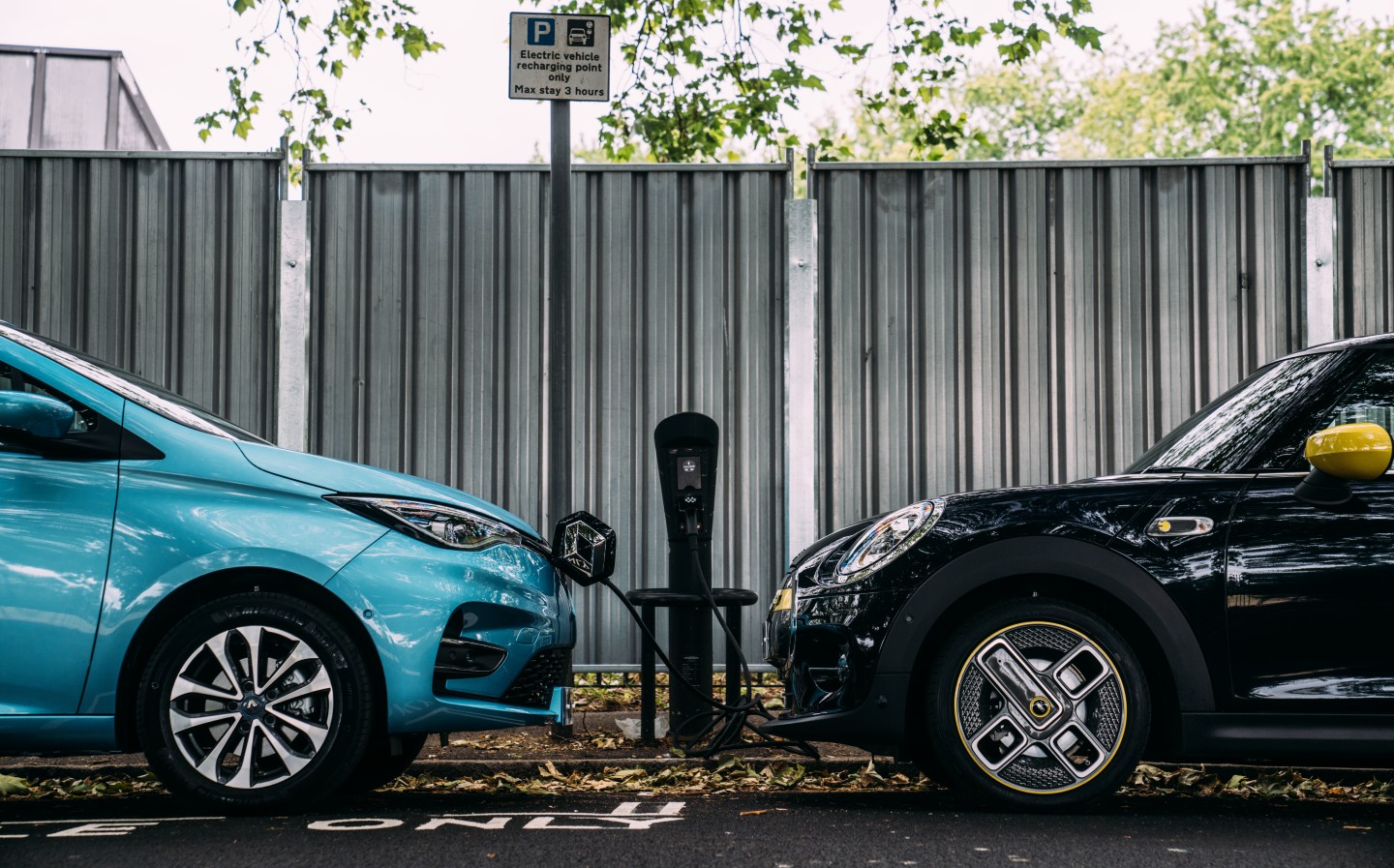 GREEN number plates for electric cars will be introduced as early as this autumn, the government has announced, as part of the its aim for the UK to hit net zero emissions by 2050.

The new plates will be for pure-electric vehicles (with zero exhaust emissions) only, including cars, vans, taxis, motorcycles, buses, coaches and lorries. They will feature “a green flash on the left hand side of the number plate”, rather than a full green background or green symbol.

Although they won’t be mandatory, customers will have to opt-out if they want their new electric vehicle to feature a standard plate.

Secretary of State for Transport Grant Shapps said the plates will provide an effective way to raise awareness about zero-emission motoring, and will show that “a green revolution is taking place across the country.”

The government received 1,200 responses to the consultation, including from 66 organisations comprising vehicle manufacturers, motoring organisations, consumer groups, local authorities and number plate industry groups. They were “generally supportive of the approaches proposed in the consultation document for how green number plates should implemented,” according to today’s report.

“From individual drivers, to business fleets, to cities and local authorities, green number plates are an exciting opportunity for drivers to show leadership and visible commitment to the future of the planet,” Shapps wrote in his introduction to the report.

“They will provide powerful motivation to encourage drivers to shift to cleaner vehicles.”

How can we encourage drivers to switch to an #ElectricCar? Green number plates could help by…

The transition to zero-emission vehicles is central to meeting the UK’s climate targets, he added. The government is currently consulting on bringing forward the end to the sale of new petrol and diesel cars and vans from 2040 to 2035. Shapps told BBC Radio 4 it may happen as early as 2032, if feasible, and include hybrids.

Mike Hawes, chief executive of the Society of Motor manufacturers and Traders, which represents the UK car industry, said the move could “destroy” the current emissions-lowering efforts by car makers without a credible plan to safeguard jobs and build infrastructure.

He said: “Manufacturers are fully invested in a zero emissions future, with some 60 plug-in models now on the market and 34 coming in 2020. However, with current demand for this still expensive technology still just a fraction of sales, it’s clear that accelerating an already challenging ambition will take more than industry investment.”

The government is putting putting £2.5bn towards extending electric vehicle grants and support for charging point infrastructure in homes and workplaces, on residential streets and across the wider road network. This also includes investment in the research and development of zero-emission technologies

It said £400m has been allocated to the Charging Infrastructure Investment Fund (CIIF) public-private partnership and £500m to support the rollout of a fast-charging network. Its aim is that drivers will never be further than 30 miles from a rapid charging station, which can add around 100 miles of range in about 30 minutes to compatible vehicles.

However, some believe the rollout of public charging infrastructure isn’t happening fast enough. In June last year the National Infrastructure Commission (NIC), a government advisory body, said ministers must ensure the infrastructure is in place to allow for all new vehicles to be electric by 2030. It called on the government to subsidise the spread of rapid chargers.

The NIC found that more than 40 towns and cities across Britain have no accessible rapid chargers for electric cars, deterring drivers to switch from petrol and diesel. There were no rapid chargers in 42 urban areas with populations above 50,000, including Luton, Blackpool, Barnsley, Wigan, Basildon, Burnley, Grimsby, Lincoln, Bath, Royal Leamington Spa, Stevenage and Hartlepool.

Shapps said: “As we recover from COVID-19, it is clear that we have an unprecedented opportunity to build back greener so that our economy is more sustainable and resilient. We will put a green recovery for transport at the heart of our decision-making, ensuring that we act on our commitment to deliver better air quality to improve people’s health and lower carbon emissions, now and for future generations.”

Dan Hutson, head of motor insurance at comparethemarket.com, said: “Providing an added incentive for drivers to go green could help accelerate the uptake in electric vehicles. However, this needs to fit alongside a range of measures to help motorists switch to greener vehicles, otherwise the overall cost remains a significant barrier for many. Our own research shows that 3.7m drivers are likely to switch to an electric car in the next three to five years but further measures to support eco-conscious drivers could help boost this number further.”