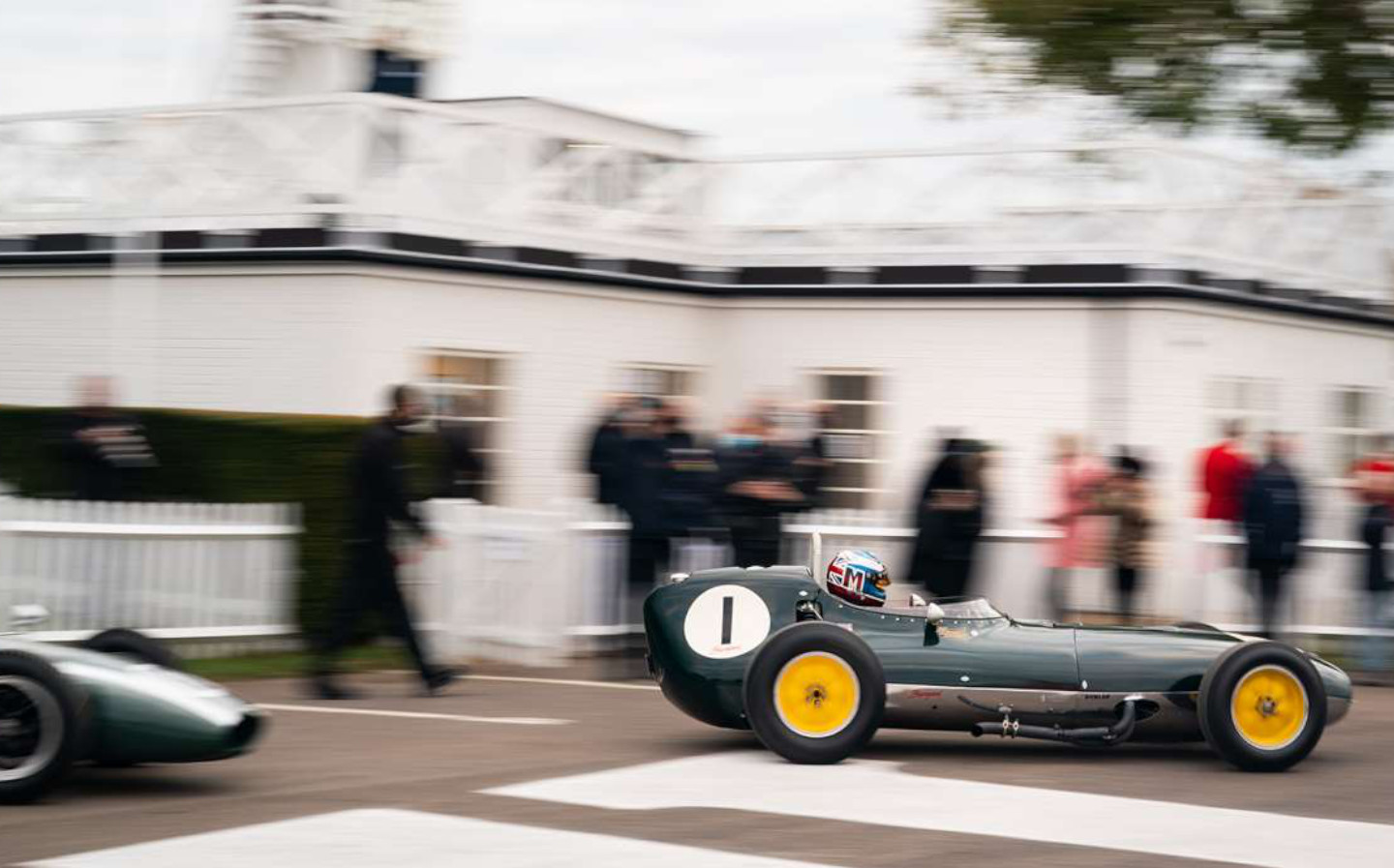 THE GOODWOOD Estate still plans to host motoring events at its grounds this year, including the Festival of Speed and Revival, with its Member’s Meeting slated for May.

In an email sent out to subscribers this morning (January 28), Goodwood reiterated its intention to put tickets up for sale on Monday, February 1.

The Members’ Meeting is scheduled for May 15-16, at the motor circuit in West Sussex. The Members’ Meeting is only available to those belonging to the Goodwood Road & Racing Club, and has a full schedule of racing events. Organisers try to recreate the atmosphere of the meetings held at the estate in the 1950s and 60s.

The Member’s Meeting is smaller in scale than the other two blockbuster events, and so is easier to stage, though it has been pushed back from the usual March or April slot to “benefit further from the potential roll-out of the vaccine across the country”, according to GRRC General Manager Alan Brewer.

Holding the Member’s Meeting any later in the year would reportedly be impossible due to the preparations needed for the Festival of Speed, which hosts more than 200,000 visitors over the weekend in early July.

Latest figures show that more than 7m people in the UK have received their first jab to protect against coronavirus, and the government has pledged to vaccinate 15m of the “most vulnerable” people by mid-February. It is also hoping to have given all adults their initial dose by autumn. A follow-up injection of the vaccine is required within 12 weeks of the first.

The Festival of Speed is often seen as the jewel in the crown of British motoring events, and was first held in 1993. The event has become famous for its hillclimb — an event the Volkswagen ID.R completed in a record-breaking 39.9 seconds in 2019, and has also become a de facto British motor show, where car makers reveal new models.

The 2021 event will take the theme intended for the cancelled 2020 event: “The Maestros — Motorsport’s Great All-Rounders”, a celebration of drivers, teams and marques that have succeeded across different disciplines. Attendance has been confirmed by motor sport legends such as Mario Andretti, who won races in Formula One, IndyCar, Nascar and the World Sportscar Championship during his illustrious career.

Goodwood plans to hold the Festival of Speed at Goodwood House on July 8-11.

The final event of the year will be the Revival, a celebration of the heyday of Goodwood Motor Circuit in the 1950s and 1960s, with races featuring cars that competed in that era. It’s held entirely in period dress and is often favoured over the Festival of Speed by racing enthusiasts. The event is scheduled to be held on September 17-19.

Although the email sent out today listed “confirmed dates”, organisers have made a ticket guarantee, which means that in the event that events are cancelled due to the pandemic, ticket buyers will be entitled to roll over their ticket until 2022 or receive a full refund.

Fewer tickets will be made available this year as tickets purchased for events in 2020 are valid for entry into the 2021 events.

The estate has also outlined its “coronavirus terms of entry”, which dictate that people must follow all government guidance in place at the time of the events, including adhering to social distancing etiquette. Event sites have been spread out in order to create more space, and there will be an increased number of open-air viewing stands.

In lieu of its events last year Goodwood held a televised event, Goodwood Speedweek, which took elements from the Festival of Speed and Revival. At Speedweek, Nick Padmore broke his own outright circuit record, in an Arrows A11 F1 car.

– After reading that Goodwood plans to host motor events as early as this May, you might be interested in a roundup of the best classic car events that could happen this year.
– Or you might want to read about the five fastest Goodwood hillclimb times.
– Here are the best cars that were revealed at the 2019 Goodwood Festival of Speed.