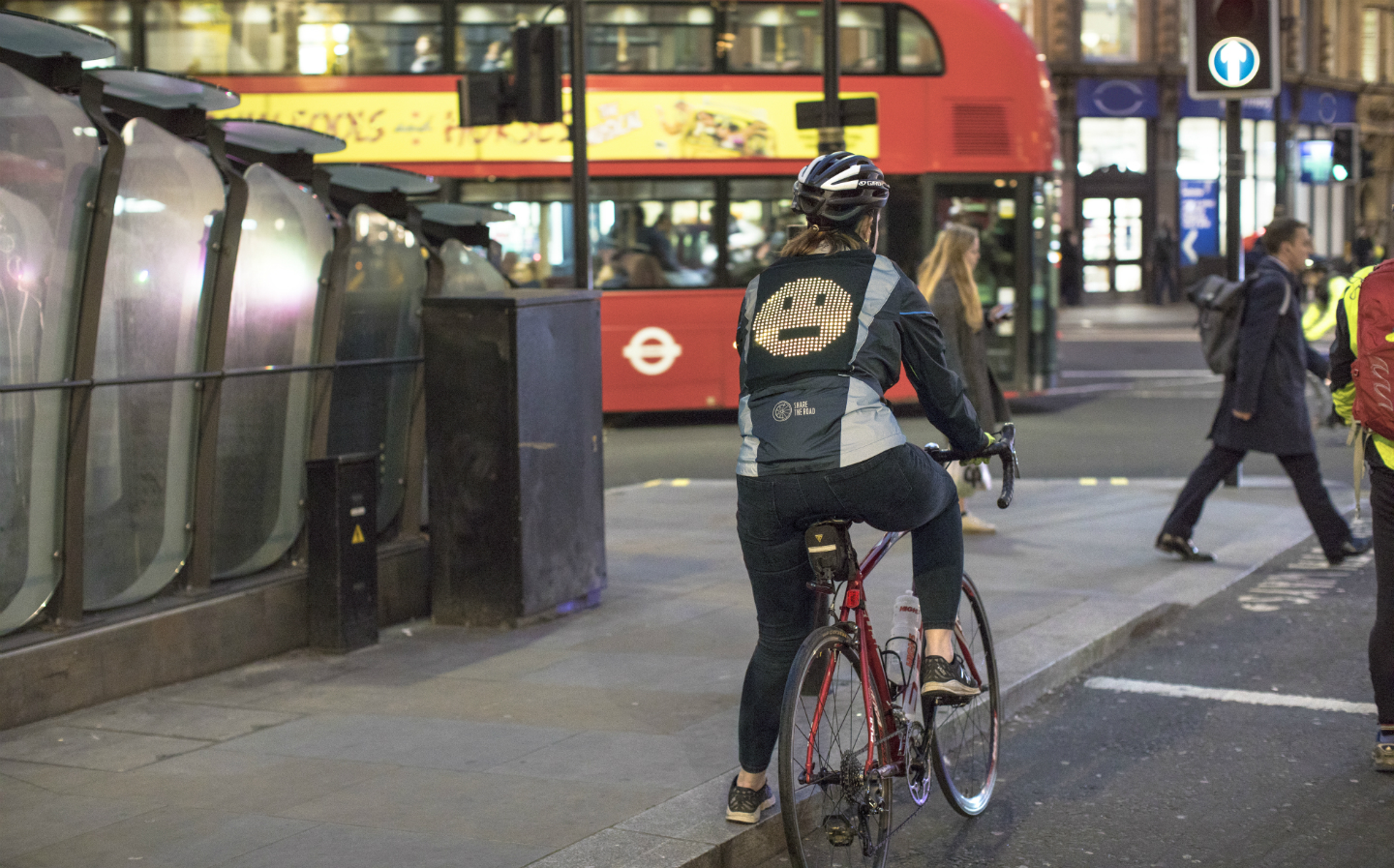 FORD has taken an unexpected route with its latest safety device development: a so-called “emoji jacket” that lets cyclists communicate with other road users.

According to the car maker, wearers can use the digital display built into the back of the jacket to “effectively communicate” with drivers and bike riders behind them. More specifically, as its name suggests, the gadget primarily lets the cyclist speak to other road users around them through the medium of emoji icons.

For example, if the wearer is satisfied with the conduct of the motorist behind them, they can press a button on a wireless remote on the bike’s handlebars to show a “happy face” symbol. Conversely, should the cyclist feel unsafe, they can use the remote to display a “worried” face.

While the idea of an emoji jacket may sound controversial, Ford claims it hasn’t made the device for headlines alone. The car maker goes says augmented clothing could help fill the “communication vacuum” between motorists and cyclists, and claims the emoji symbols give drivers and bike users more nuanced ways to engage with each other, outside of hand gestures, expletives and car horns.

Ford says the LED display on the back of the jacket can show more than just face symbols. If the wearer sees an obstruction further ahead, they can warn other road users behind them by showing a hazard warning sign on the display, and the indicator signals mean bike riders can let drivers behind them know which direction they want to go while still keeping both hands on the handlebars.

The development of the jacket prototype is part of Ford’s “Share the Road” campaign, which aims to improve road safety by encouraging “a spirit of understanding and respect between every road user, whether they’re travelling on four wheels or two”.

Dr Neil Cohn PHD, a professor at the Tilburg University in The Netherlands who is described by Ford as an “emoji expert”, said: “Emojis have become a fundamental part of how we use language. Whether used to convey facial expressions, humour, or sarcasm, they have become integral to our ability to express ourselves and quickly. This jacket created in partnership with Ford Share the Road allows riders to express their feelings and creates an important emotional link between them and other road users”

According to the latest road safety statistics from the Department for Transport, cyclists are involved in a minority of road accidents, with the figures for 2018 indicating bike riders were involved in around 8% of all reported cases. However, that does still mean 18,125 accidents involving cyclists took place that year, and with cyclists among the most vulnerable road users, 3,962 were reported as serious accidents and 109 were recorded as fatal.