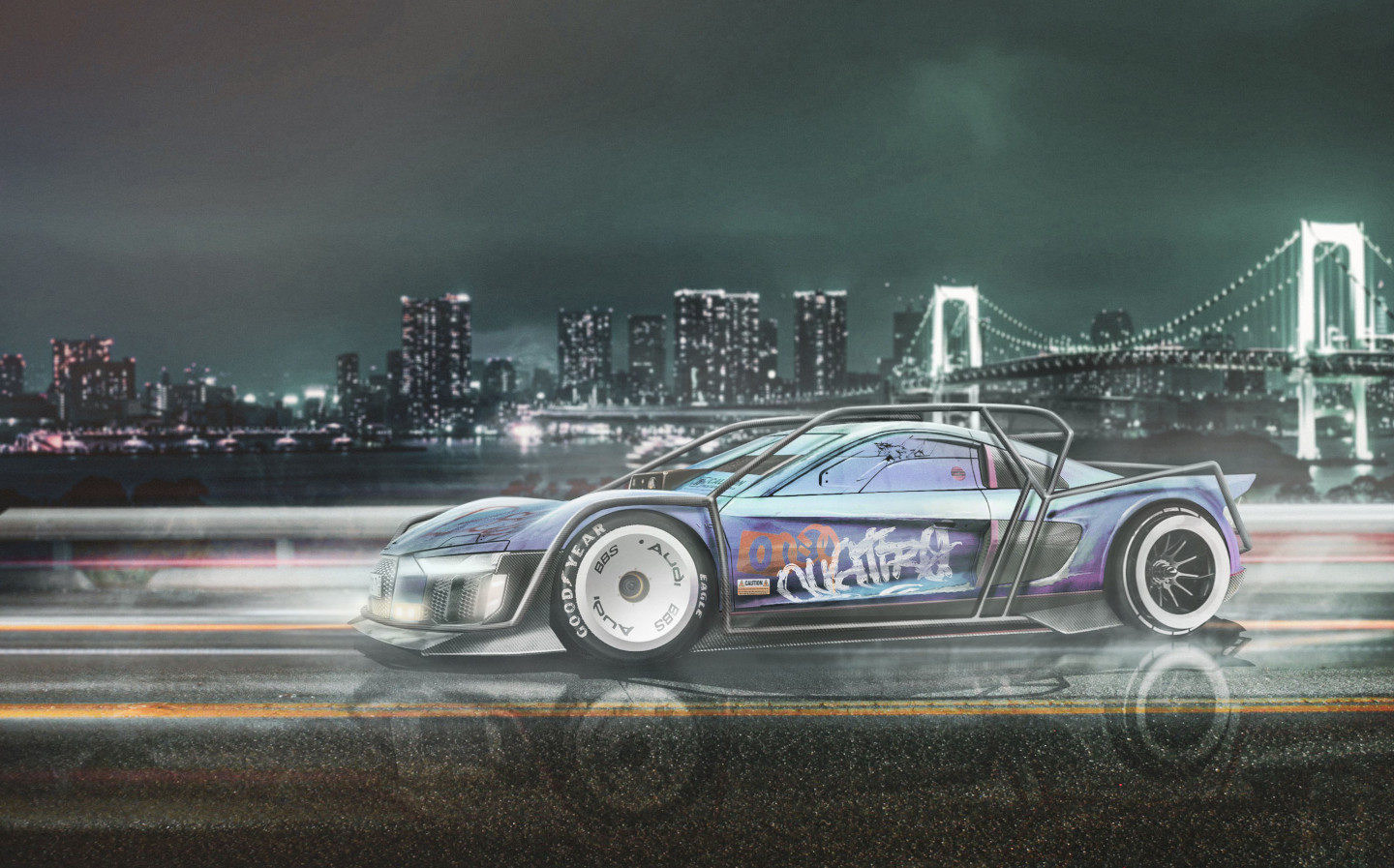 EVERYDAY cars including a Ford Fiesta, Mini Cooper and Range Rover Evoque have been reimagined as stars of the dystopian video game Cyberpunk 2077.

The game was released late last year, and despite a number of bugs that have plagued the gameplay — especially when played on older consoles — the vivid city, characters and cars that populate the game have sparked the imagination of many.

That includes the folks at car dealership Bristol Street Motors, who asked an artist to create illustrations of real world cars with the upgrades they’d need to get by in the tough world of Night City. 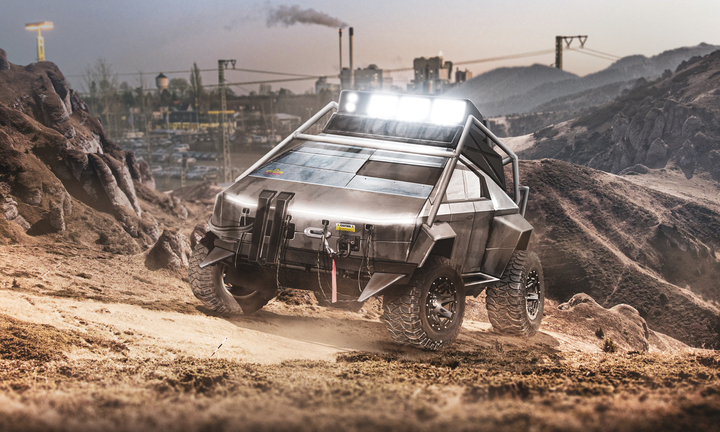 Tesla CEO Elon Musk is an outspoken fan of Cyberpunk 2077, and took to Twitter in January to voice his support for the game. He takes pride in the fact that the new Model S and Model X electric cars possess enough processing power to run the game through the Tesla Arcade system, which is accessed via the cars’ touchscreens and designed to be used while waiting for a recharge.

The Cybertruck, the controversially-styled upcoming Tesla model that Musk unveiled in November 2019, is perhaps the car in this list that would be most suitable for the game’s dystopian landscape, thanks to a six-ton towing capacity, adjustable air suspension and a 500 mile range (in tri-motor guise). And by the way, electric cars would be ideal for a dystopian future in which the petrol pumps run dry, as they can be recharged for years to come using solar panels.

There have been some modifications specifically for the world of Cyberpunk 2077, including huge spotlights, off-road tyres, a winch and reinforced glass and bodywork. Maybe the side windows will be able to withstand the impact of a steel ball now. 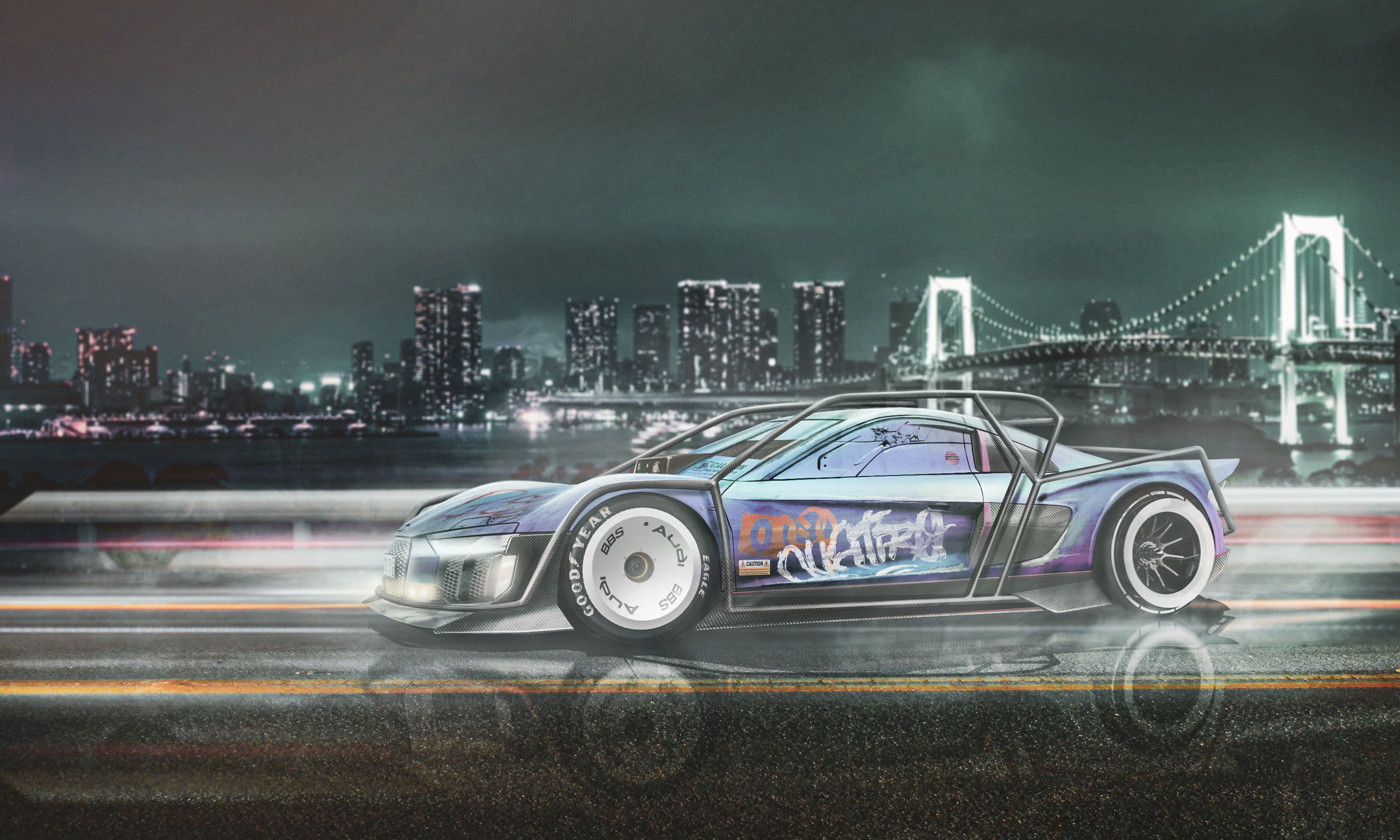 In order to make Audi’s V10-powered supercar tough enough for life on the streets of Night City, it has been reinforced with a dramatic exterior rollcage. It’s also been given BBS wheels and Goodyear tyres (at the front at least) — presumably to help it outrun whatever decides to pursue it. 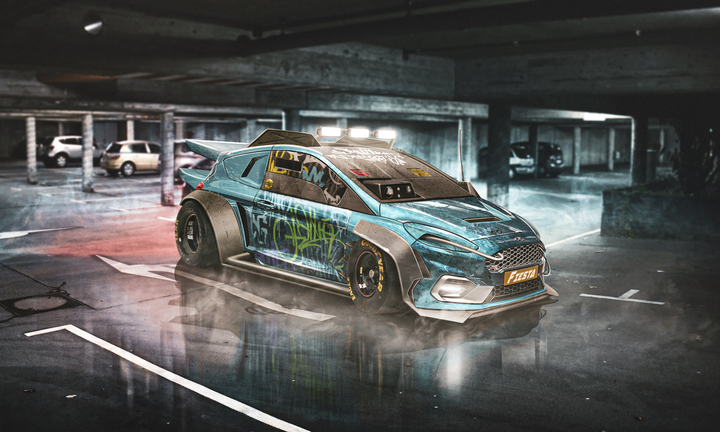 In order to equip it for the perils of Night City, the UK’s favourite car has undergone a dramatic reinvention slightly reminiscent of the Ford Fiesta WRC car that Sébastian Ogier drove to his sixth consecutive world championship in 2017 — albeit with more graffiti. There’s a huge double rear spoiler (à la the Ford Escort RS Cosworth) massive Goodyear tyres, and an armoured windscreen complete with video camera system, to supply just a smidge of visibility. 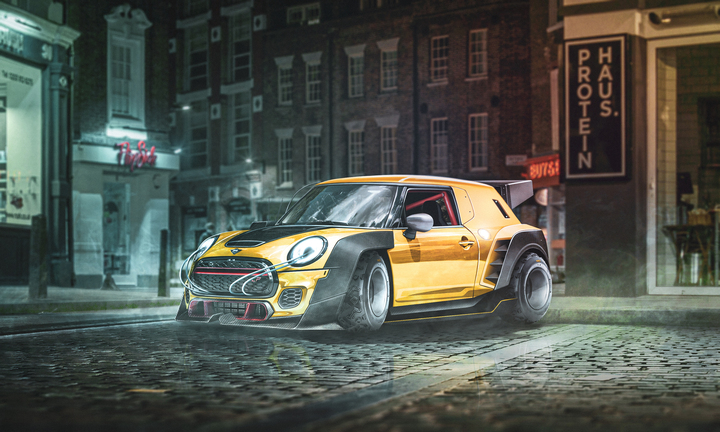 Taking a look at the reimagined Mini Cooper, it’s evident that it’s been given a new powerplant that needs a whole load of air. There are new intakes on the bonnet and rear haunches (which remind us of the Renault 5 Turbo), as well as dramatically increased track (the width between the wheels on the front and rear axles) and a huge rear spoiler that’ll add downforce (unless it’s just for show). A rollcage has also been fitted, which will improve stiffness as well as safety. One mighty Mini. 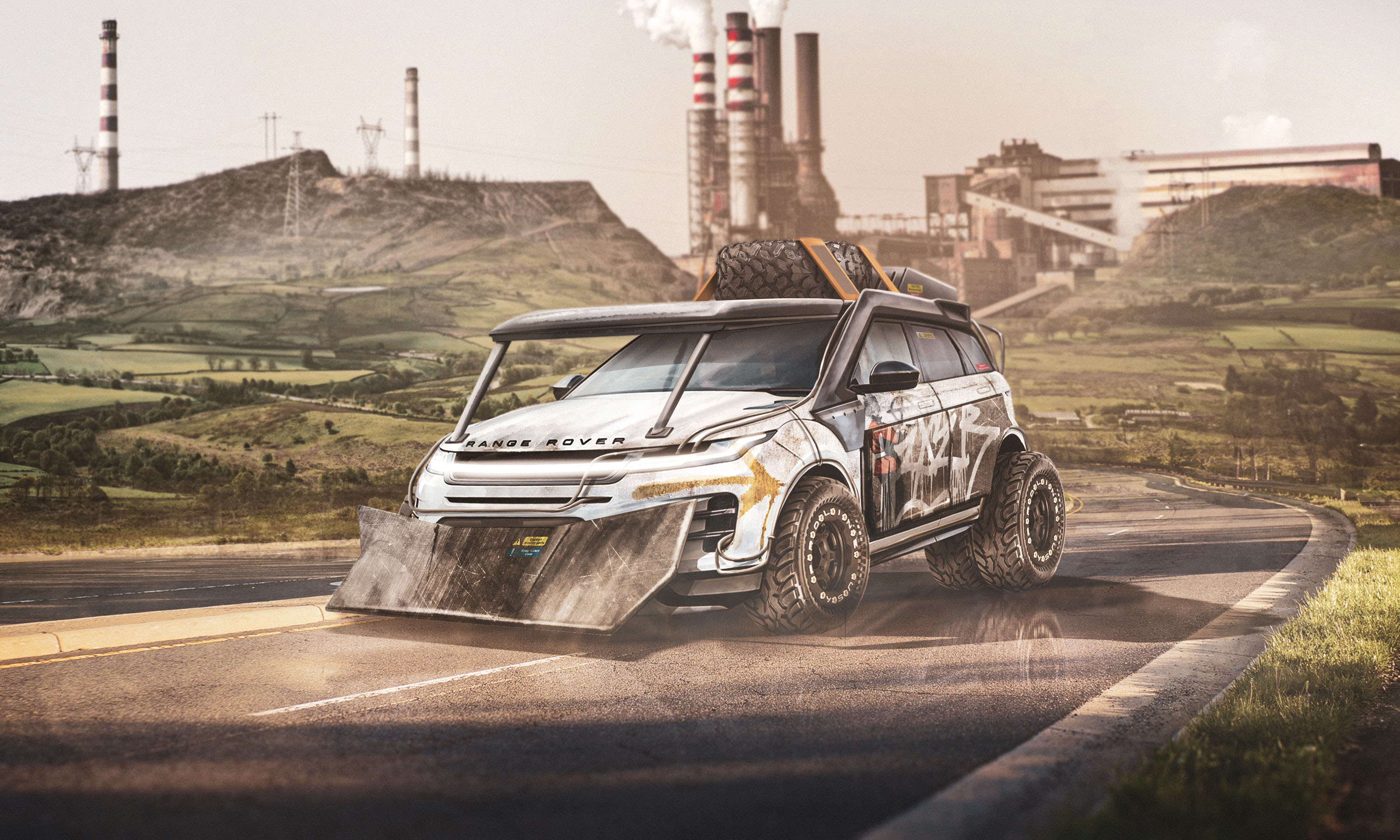 Bristol Street Motors has chosen Land Rover’s smallest off-roader for use in Cyberpunk 2077 — the Range Rover Evoque, traditionally associated with school runs rather than robots and dystopian gang warfare.

In order to make it more apt, the Evoque has been decked out with a huge front ramp that’ll clear anything out of its path, as well as four tyres on its rear axle would help it scale any hill. It’ll be a heavy car, though — the Evoque already has a kerb weight of 2,370kg, and all those extra wheels won’t be doing it any favours.