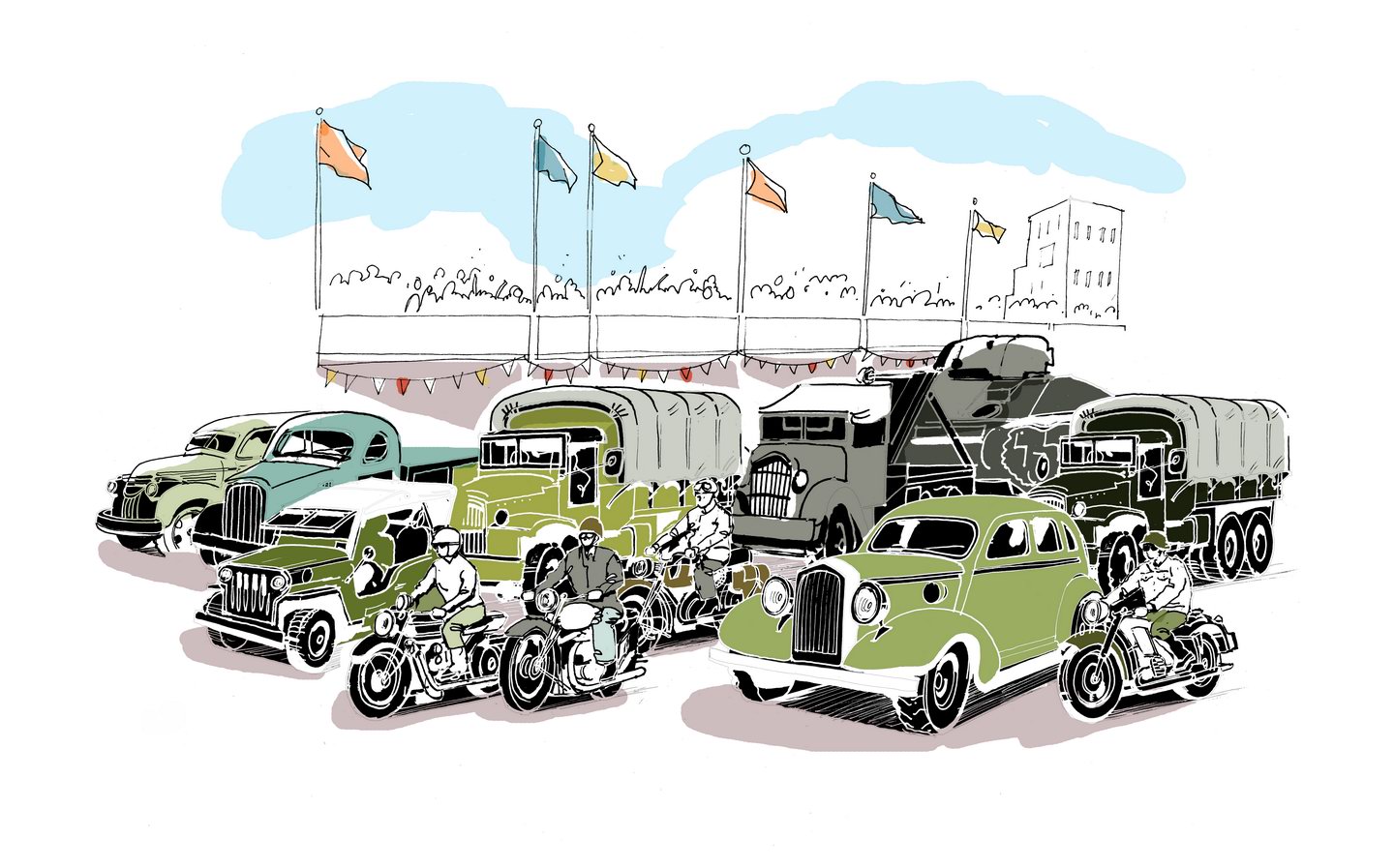 THE GOODWOOD Revival will recognise the contribution of local key workers and service people with a special victory parade on Sunday, September 19.

Each year, the classic motor sport meeting goes to great lengths to recreate a bygone era and this year’s plans will echo the celebrations in 1946 that marked the end of World War II.

In 1946, central London hosted a victory parade of more than 500 vehicles from the British Army, Royal Navy, Royal Air Force, British civilian services and a marching column of representatives from units of the British Empire and armed forces of the Commonwealth Dominions. That united show will be repeated at the 2021 Goodwood Revival.

Featuring over 150 vehicles, the Revival parade will include an array of vehicles including motorcycles, police and staff cars, fire engines, ambulances, tanks, Scammell lorries, half-tracks, amphibious vehicles and even London buses.

A group of approximately 250 local key workers including volunteers from vaccination centres, members of the emergency services, care professionals and the armed forces will march behind. They will march from the Super Shell building and down the pit straight of Goodwood circuit, led by a military band.

The parade will briefly halt on the straight to allow the Duke of Richmond to deliver a speech in honour of the key workers. A short film that acknowledges the contribution of military and public services during World War II will also be shown.

Throughout the weekend, the Lavant Infield will be themed to look like RAF Westhampnett, the airfield that operated prior to what is now known as the Goodwood Motor Circuit.

Throughout the Covid-19 pandemic, numerous celebrations and signs of appreciation for frontline staff took place, including a weekly ‘clap for heroes’ that ran for ten weeks during the first lockdown. Several car manufacturers and F1 teams used their technical expertise and production facilities to design and make medical equipment such as ventilators.

The Revival will recognise 70 years since the Festival of Britain took place on London’s South Bank and one hundred years since the Great Exhibition of 1851, which was seen as a beacon of change that reshaped Britain’s arts, design and sports.

The Goodwood Trophy will also be renamed the Festival of Britain Trophy, in honour of the original appearance of the trophy at the Whitsun meeting that took place at the circuit in 1951.

Spectators at the Goodwood Revival dress in period attire to match with the circuit’s setting. Everything from the food and beverage stands to the trackside marshals are dressed to make it feel like a trip back in time.

Attendees will be able to watch some fantastic racing between vehicles from the 1950s and 1960s, being driven by some of motor sport’s most celebrated drivers.