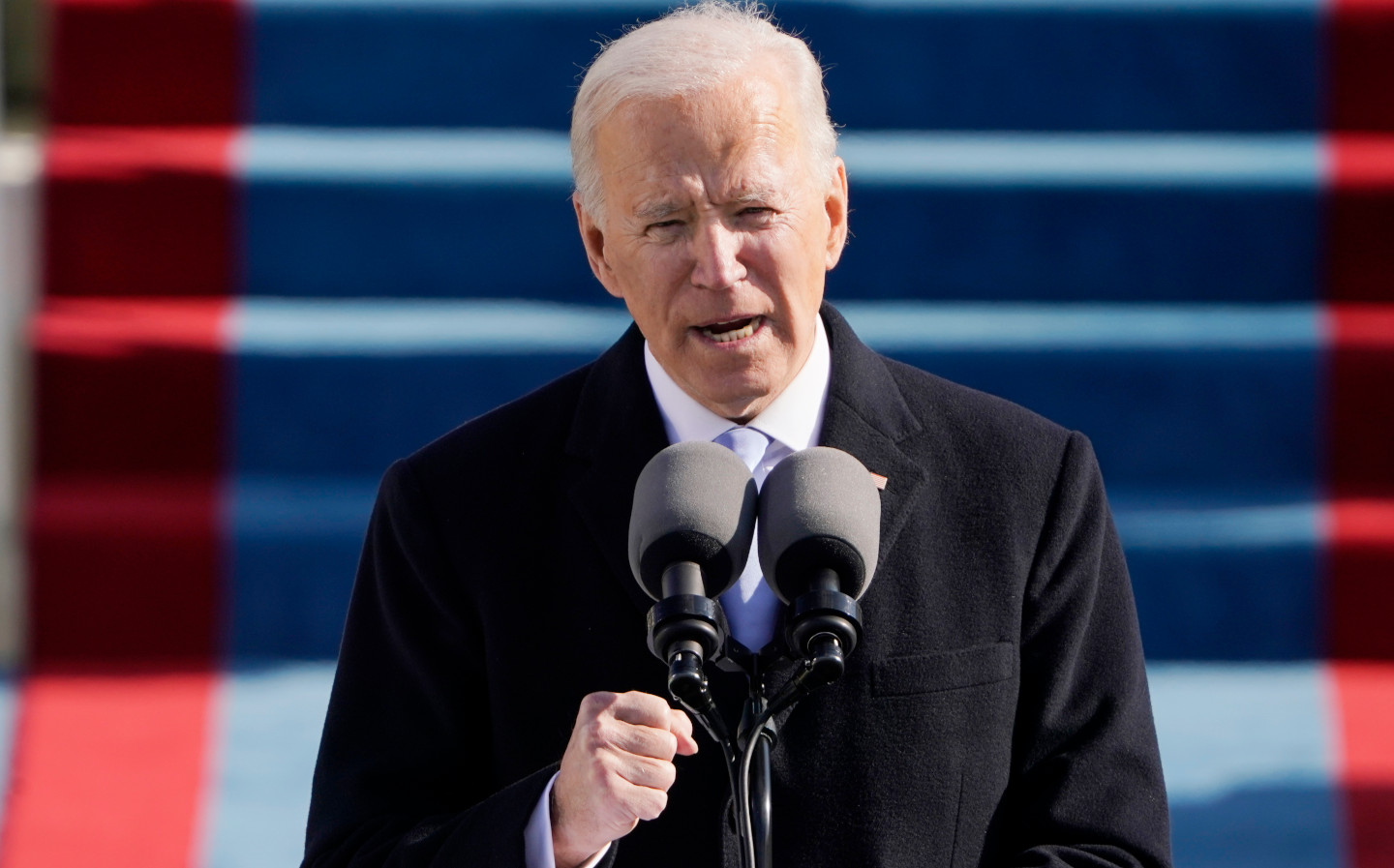 PRESIDENT JOE Biden has announced a new plan to restore Obama-era fuel economy regulations and advance America’s take-up of more environmentally-friendly vehicles, including a zero-emission vehicle target of 50% by 2030.

An official White House release confirmed that a new executive order will be signed by the president in a bid to position America “to drive the electric vehicle future forward, outcompete China, and tackle the climate crisis”.

A new target has been set to make half of all new vehicles sold in 2030 in America capable of zero-emissions driving – that includes plug-in hybrid cars, fully-electric models and hydrogen fuel cell electric vehicles.

Biden admitted that the US is behind in a “race” against China to manufacture electric vehicles and he intends to change that as part of the Build Back Better investment agenda, which will involve five key areas:

The announcement was attended by executives from Ford, General Motors and Stellantis (which includes the Fiat and Chrysler brands), as well as from United Auto Workers — representing nearly 400,000 workers — in a sign that the president has industry backing.

The New York Times reports that the car manufacturers will support the targets set by the government if Congress passes a $1 trillion infrastructure bill, which includes $7.5 billion for a new network of electric car charge points.

In line with the Biden’s “Day One” executive order, outlined when Biden took office in January this year, there will also be rollbacks of the Trump administration’s changes to fuel economy and emissions targets originally set when Barak Obama was in office.

In the short term, that means stricter limits, as enforced by the Environmental Protection Agency (EPA) and US Department of Transportation’s National Highway Traffic Safety Administration (NHTSA), until 2026.

Biden claims that these changes alone will save the US economy $140 billion, 200 billion US gallons of petrol and reduce carbon dioxide emissions by around two billion metric tons.

“We were proud to stand with California to establish progressive new greenhouse gas regulations, and we remain committed to leading the industry in fighting against climate change. That’s why we support the administration’s goal of reaching an electric vehicle future and applaud President Biden’s leadership on reducing emissions and investing in critical infrastructure to achieve these reductions.

“While the California framework companies are driving towards 40-50% of our sales being EVs in the next nine years, bold action from our partners in the federal government is crucial to build consumer demand for electric vehicles and put us on track to achieve the global commitments of the Paris Climate Agreement.

California and Massachusetts will ban sales of all petrol cars by 2035, which would appear to be ahead of the US government’s own targets. General Motors plans only to sell EVs by that date, while several car manufacturers in Europe have set 2030 as the date to end production of non-electric cars.

In the UK, sales of new diesel and petrol cars are to be banned in 2030, with hybrids set to follow five years later.