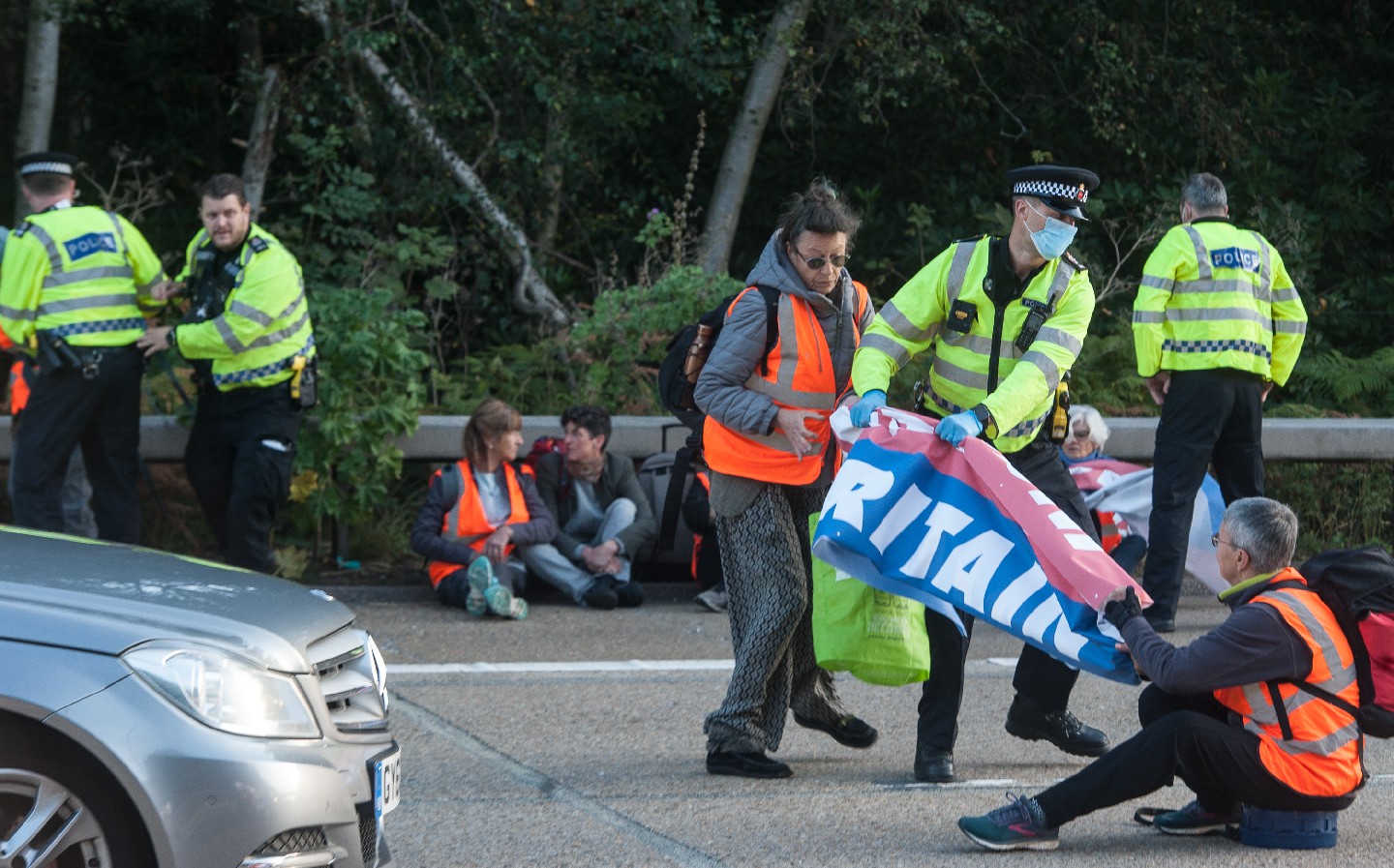 POLICE HAVE arrested another 23 protestors from the environmental group Insulate Britain following a protest that blocked part of the M25 this morning, September 21.

The police were called to a section of Britain’s busiest motorway in Surrey when protestors were seen walking into the main carriageway between Junctions 9 and 10, carrying signs and banners, sitting down, spilling blue paint onto the road surface and forcing traffic to a halt.

On arrival, the police dragged demonstrators from the road as traffic built up behind them. 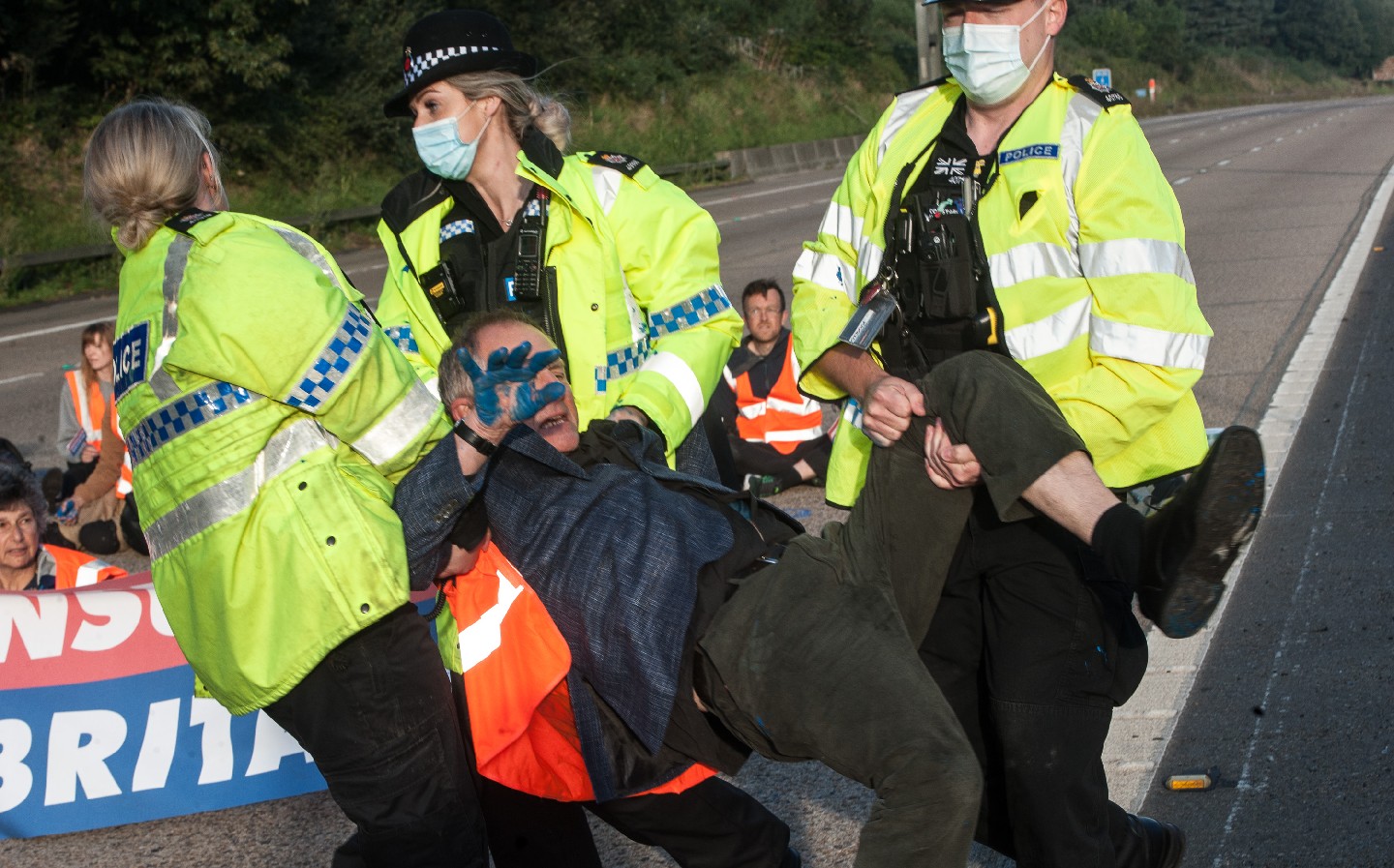 This is the fifth such recent demonstration by Insulate Britain, another having taken place yesterday, when protestors blocked Monday morning traffic on the M25 in Hertfordshire, leading to 29 arrests.

Other significant protests by Insulate Britain took place on Monday and Wednesday of last week, also causing considerable disruption on London’s orbital motorway and which together led to 86 arrests — some of the demonstrators even glued themselves to the road.

The group is calling for the government to increase its efforts to insulate Britain’s homes, which it says are some of the oldest and least energy-efficient in Europe, in order to help Britain meet its climate targets.

The protests have angered motorists caught in tailbacks with many, including the Prime Minister, Boris Johnson, accusing Insulate Britain of undermining its own cause by alienating the public and questioning the environmental impact of thousands of cars and lorries idling in traffic jams caused by the demonstrations. 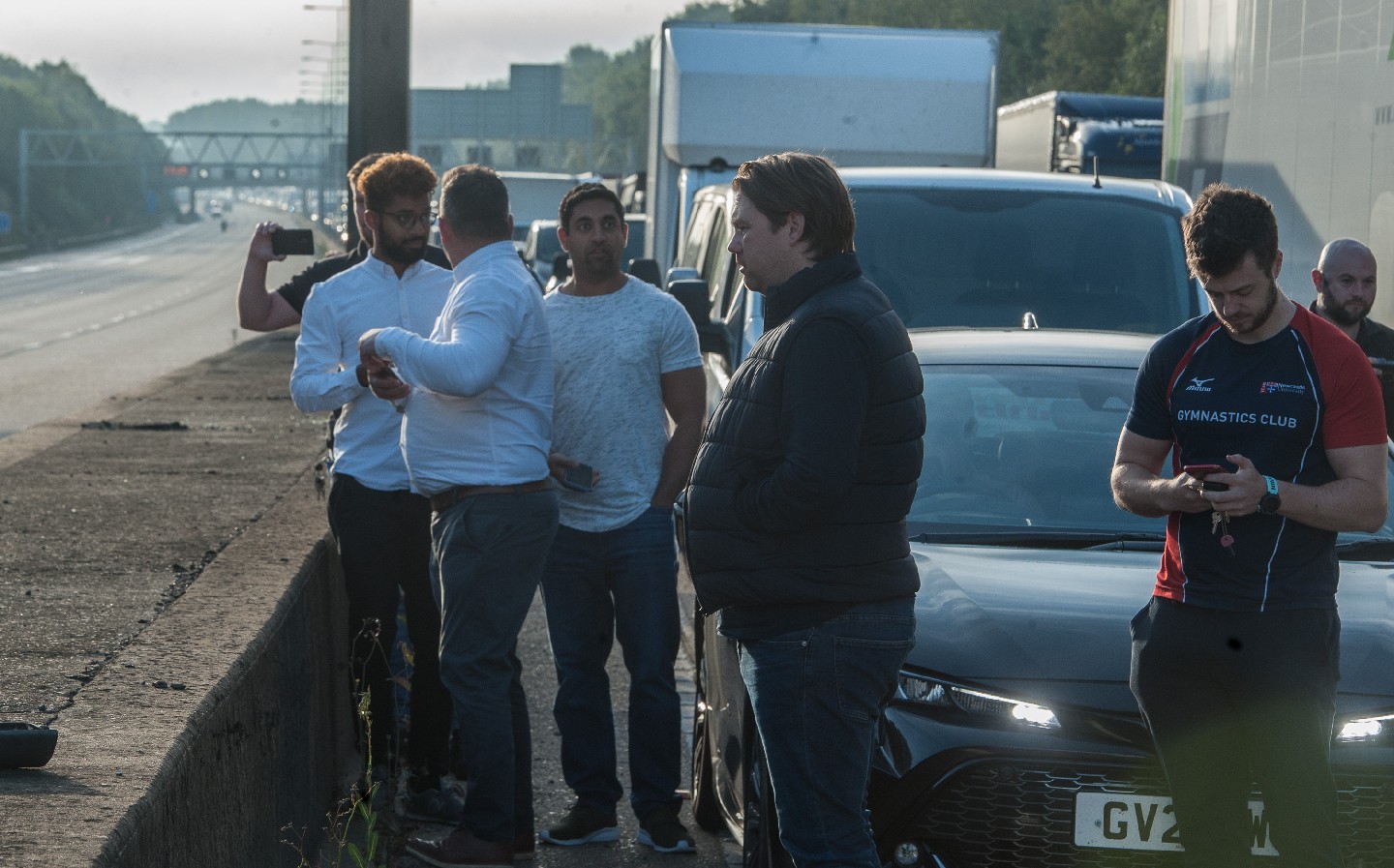 Speaking about yesterday’s protests, Chief Superintendent Nick Caveney of Hertfordshire Police said: “Not only is purposely blocking a highway incredibly dangerous, it also affects thousands of members of the public who are stuck in delays as a result. We have robust plans in place in order to minimise any disruption and to allow us to make arrests as quickly as we possibly can.”

The Home Secretary, Priti Patel, has branded Insulate Britain’s “guerrilla tactics” as “selfish” and has reportedly told police to take “decisive” action against the protestors.

Insulate Britain has said, however, that it is “entirely proportionate to create disruption on the motorway network if it means the UK government fulfils its legal obligation of staying below 2 degrees C, which will stop the unimaginable suffering for future generations.”

Others, too, have spoken out in support of Insulate Britain, including Green Party MP, Caroline Lucas, who told Sky News: “I fully understand why protesters have felt driven to something more dramatic. We face an existential crisis and emergency, and we need to take emergency action.”

Insulate Britain has also criticised the Highways Agency for not reducing speed limits on the motorway in response to the protests.

A statement from the group said: “Insulate Britain are asking the Highways Agency to review their previous decision not to reduce speed limits, even though they had been made aware that major disruption will be taking place.

“Given that this is a standard safety procedure when hazards occur on the motorway, Insulate Britain is surprised it has not formed part of the response to the campaign.”

The protests are expected to continue in the coming days and weeks.