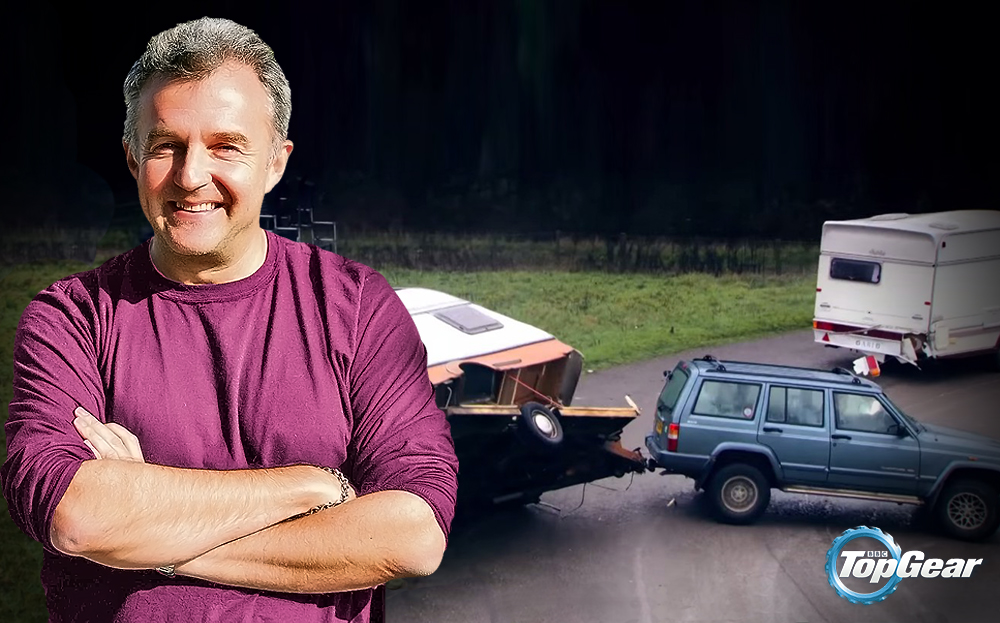 This article was originally published in The Sunday Times Driving on the morning of June 28, 2015 — prior to Wilman’s final Top Gear episode being aired on British TV

Top Gear as we know it has ended. Here, its executive producer, Andy Wilman, reflects on the unlikely achievement of a bunch of middle-aged blokes who just thought car shows should be fun
ON A windy day the hangar where we film the show can get quite noisy. The metal doors clatter, bits of loose window covering flap about, a bird that’s got in makes bird noises.

Read CLARKSON REVIEWS or search NEW or USED cars for sale on driving.co.uk

Normally the sound recordist isn’t bothered because all this din is drowned out by the rustling coats, shuffling feet and coughs of a 900-strong audience (I meant 500 if you’re reading this and you work for the council).

Today, though, the rattles and bangs were coming through loud and clear — listen carefully and you may hear a couple in tonight’s show — because this time there was no audience at all. We were playing to a completely empty hangar.

The reason we had gathered at this televisual wake was to record the studio links for the final Top Gear show featuring James, Jeremy and Richard. When everything had gone belly up after Fracasgate we were left with two decent-sized films still to be aired, and so the technical boys and I convened in our trusty editing suite, rolled our sleeves up and knocked them into their final shape.

Obviously we couldn’t record any more full shows, so there would be no more Stig laps, no more guests — sorry, Keanu Reeves; sorry, Henry Cavill; sorry, Gary Lineker (although we are starting to think you’re jinxed, as this was the second time you missed out) — but the two finished films gave us the meat and veg of a 75-minute show. 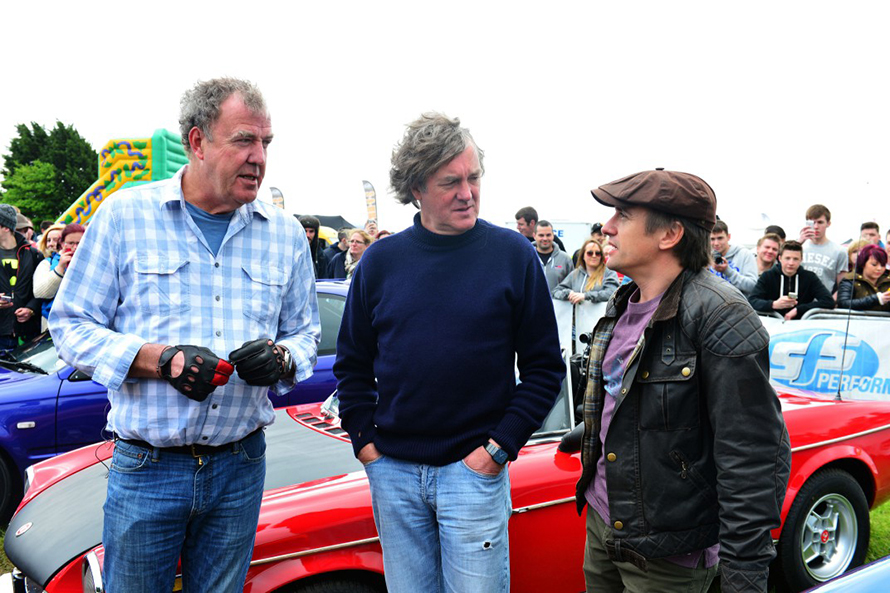 Both films feature all three presenters. In the first one they buy three affordable classics and set off into the England of brown beer and leafy lanes to live the classic-car-enthusiast life. Having just gone back over that last sentence, I realise it hardly reads like the plot of Fast & Furious 7, but, trust me, it’s a great little film.

And much of its greatness comes from the magical camaraderie that only those three have been able to bring to your telly. It is simply one of the greatest on-screen line-ups there has been, a relationship that evolved over years and, more importantly, a relationship in which all the bickering and laughter was the same whether the cameras were there or not.

Back at our student bedsit of a production cabin at Dunsfold, Surrey, while the cameras were repositioning in the rattly hangar, I came across a reminder of that last point. It was a small wooden shield from 40 Commando Royal Marines, presented to the three of them as a memento for going to Afghanistan one Christmas and doing some well-wishing to the troops.

I thought back to those three days: the arguments over the volcanic snoring in the tent we shared, the feverish scrabble to find the black market supplier of Heineken in a dry camp, three SAS-type patrol vehicles bristling with .50-calibre weapons roaring past the shower block while James tiptoed by them in a bright pink towel. It is one of my most cherished memories of my time with those three and it had all come about because we’d fetched up one way or another on this wonderful show.

It is not the greatest Cheap Car Challenge we have shot but watching it back, I must say I did get a lump as the last white-coated producer shambles up and the last gold envelope is handed over

But I digress. The second film you’ll see tonight is much more upbeat, much more mental-age-of-nine. In it the three of them ruminate on the explosion of sales in SUVs — and the explosion of prices — and armed with £250 apiece go off to buy a sporty 4×4 in the hope of proving that you don’t need to spend a fortune to enjoy an SUV leisure lifestyle.

In all honesty it is not the greatest Cheap Car Challenge we have shot; it was, after all, just meant to be a good, solid film that goes out towards the end of a run. Now, though, the poor sod finds itself burdened with the job of being the last thing you’ll see the three of them do on Top Gear. In that vein, watching it back, I must say I did get a lump as the last white-coated producer shambles up and the last gold envelope is handed over.

Although I say so myself, Cheap 4x4s is a very funny film, but in truth I couldn’t laugh as I watched the final cut because I was watching the countdown timer on the editing screen, thinking: “Four minutes and 28 seconds more, and that’s it . . .”

Back in the hangar Richard and James have ploughed through the recording of their links with stoic professionalism. There have been no jokes to land; instead the information in each link is just that, the stuff you need to know to make sense of what you’re about to watch.

Now, though, they have to do the final link, the one in which they sign off, only this time instead of saying the usual “good night” they’re saying “goodbye”. Richard is pretty transparent with his emotions and I can see he’s struggling with it all. So am I. 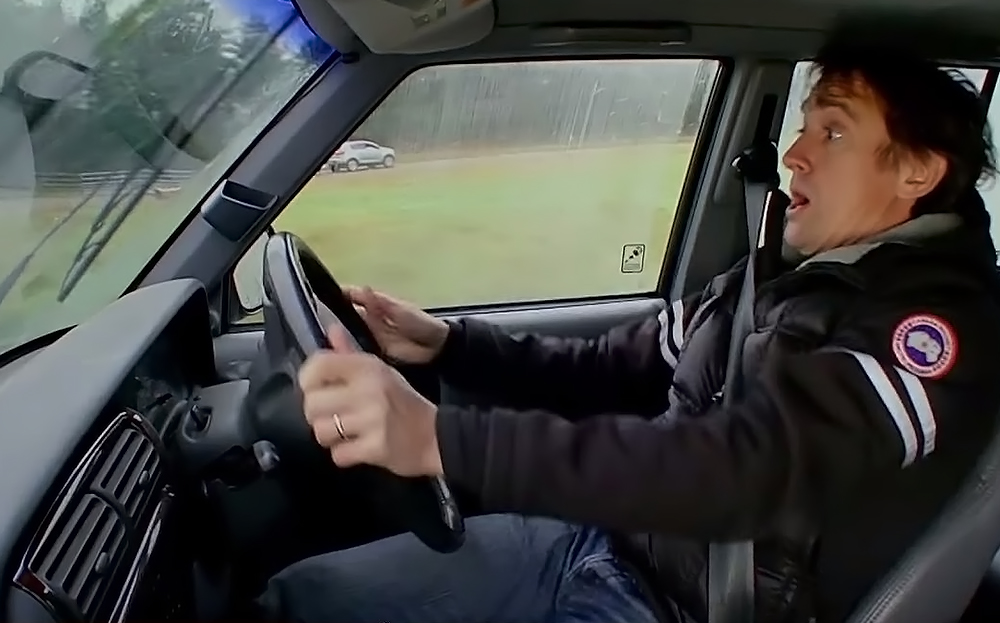 Fourteen years, 22 series, an entry in the Guinness book of records, an expedition to the magnetic North Pole, a 288mph crash, driving lorries through forbidden Burma, motorcycling the length of Vietnam, getting stoned in Alabama (no, the other type of stoned), Tom Cruise on two wheels in a Kia, four National Television Awards, nearly getting killed in Argentina, an Emmy, laughing with fans in Syrian towns now overrun by Isis, maxing a Bugatti Veyron, witnessing our Reliant Robin space shuttle crashing to earth . . . so, so much done and it ends this way — in a cold, clattering hangar in Dunsfold with only two of the three main characters present.

“Thank you for watching and goodbye,” is hardly Shakespeare, but in the end it takes three goes. On the first take the wind slams a belter against the doors just as the boys finish speaking; on the second there’s a fluff; and then we get one that’s good enough.

“Thank you for watching and goodbye,” is hardly Shakespeare, but in the end it takes three goes

Richard is in his car and gone in 10 seconds flat, eyes glistening. James wanders off to the production office to be on his own. The film crew starts packing up and one of the technicians comes over to me. I’ve worked with him for a decade, and every studio recording day that we’ve met he’s said hello.

I watch him silently gathering up his cables for the last time and think, “You’re right, mate: it’s not right.” Everything we’ve done today is, quite simply, tragic. Was Jeremy out of order that night? Yes. Did he deserve an enormous punishment? Yes. Should that punishment be to have to leave the institution he’s given his heart and soul to for 27 years? No. Should that punishment be the killing of the amazing show he and a dysfunctional little gang built from nothing? No. 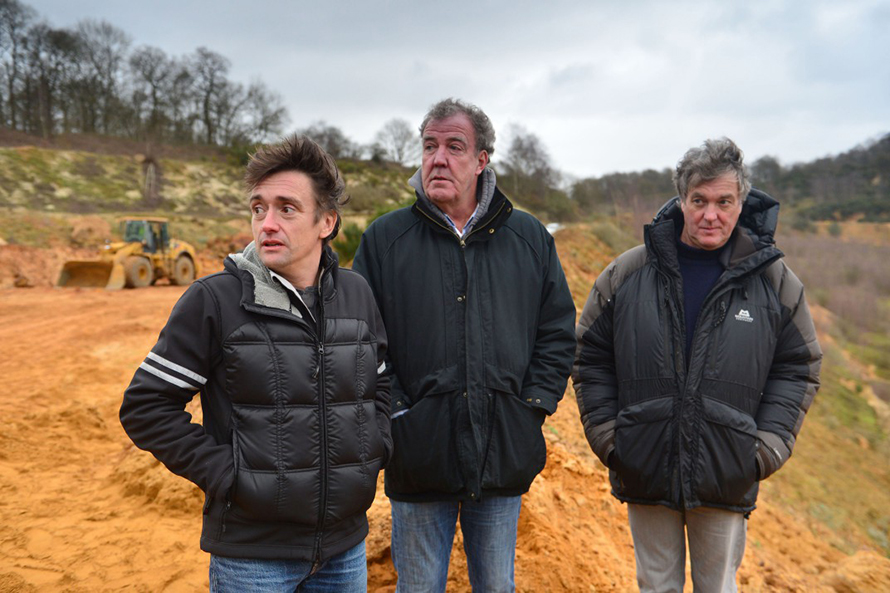 Don’t get me wrong: like Jeremy, I love the principle of the BBC very, very much, and it breaks my heart to think that soon I will walk up to a building with those three letters above the door and my pass will refuse to let me in. I never imagined working anywhere else. I also understand that the director-general, Tony Hall, had the most hellish of choices to make, and I believe he genuinely did not want to see Jeremy go.

I get all that, but letting him go should have been the last option, and from where I was watching, sadly the BBC seemed to get itself into a place where it was the only option.

I think the problem is this: the BBC is obsessed by “doing the right thing”, which is logical when you’re funded by the public, but it is obsessed by doing the right thing to the point where it becomes a philosophical issue rather than a decision that has to be laced with pragmatism. And no, before you start, I’m not talking about keeping Jeremy because Top Gear makes the BBC a lot of money. He never used that argument. None of us did. What I mean by pragmatism is that the BBC is not an amorphous “thing”, like those big blobs floating in space in Star Trek.

Nor is it the keeper of the flame of the Moral Order. It is, when all’s said and done, a place of work where telly and radio programmes get made by worker bees such as Jeremy and the Top Gear producer Oisin Tymon.

And because it makes telly and radio, it will employ talent, and talent is often a complete pain in the arse, so you need to keep it in line by managing it properly. That can be a thankless task, but name me a job in a place of work that doesn’t involve thankless tasks.

Anyway, it’s done and we all move on. I really hope you enjoy tonight’s show, and please have a bit of sympathy for those two films in there, because right now they’re probably quaking in their celluloid boots.

Read CLARKSON REVIEWS or search NEW or USED cars for sale on driving.co.uk