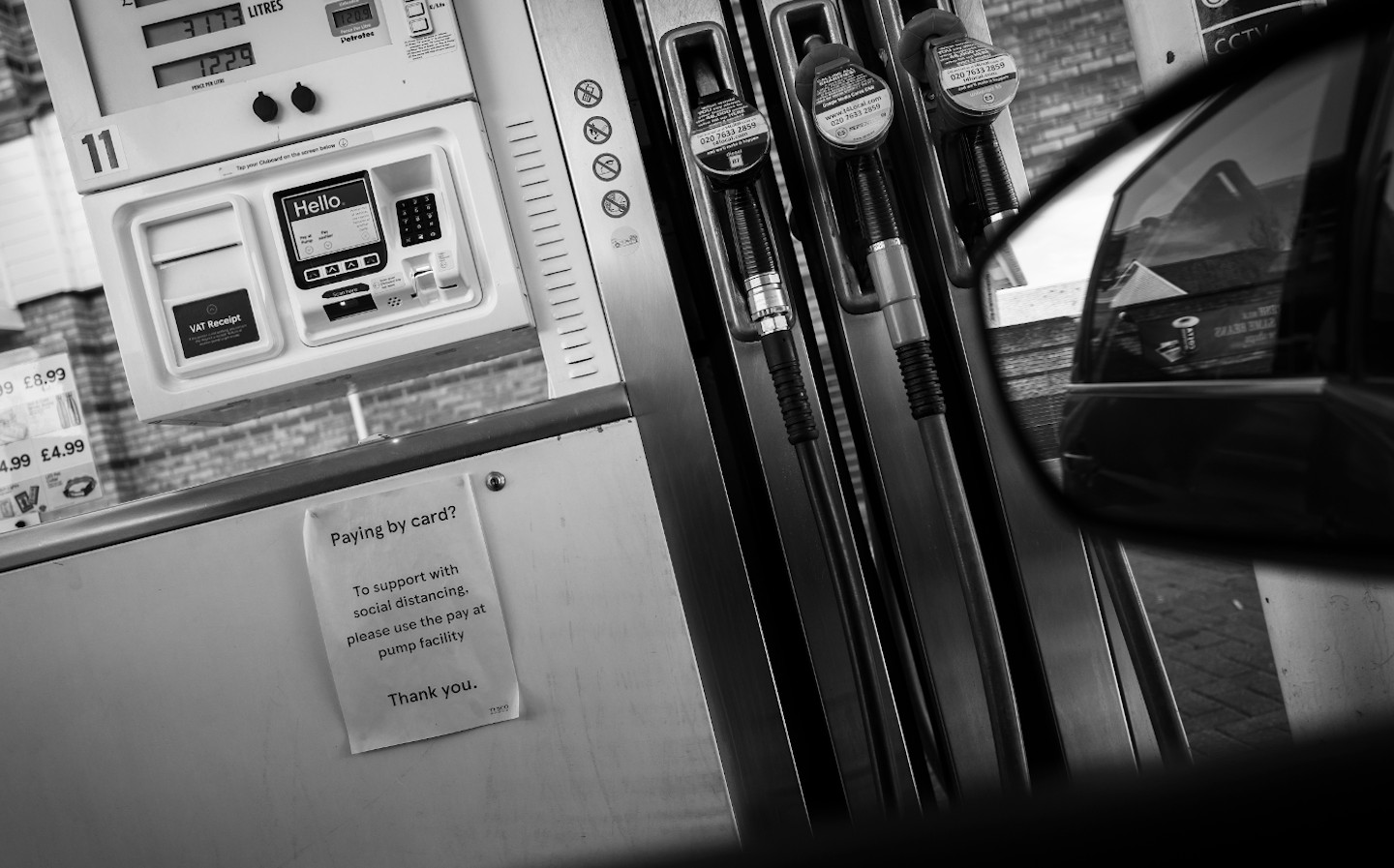 BRITISH motorists should not expect petrol and diesel prices to fall much further at the pumps, experts have told Driving.co.uk.

The average price of petrol yesterday was 110.7p per litre for unleaded and 115.8p per litre for diesel, and many expected this to fall further, given the mandatory lockdown on non-essential travel is expected to continue until at least May 7.

However, the RAC told Driving.co.uk that it doesn’t expect prices to fall much further, after oil-producing nations agreed on Sunday to the largest production cut ever negotiated.

Fuel costs in the UK have fallen from 129.4p and 136.4p per litre for petrol and diesel respectively on June 3, 2019 — a drop of around 15% over nine months. On March 9 this year, oil prices plummeted by more than a fifth to $35 (£27) a barrel, the biggest single daily drop in the oil price in 20 years, after Russia refused to agree with Saudi Arabia to lower production in order to maintain prices. This resulted in Saudi Arabia raising its production and cutting its prices in order to compete.

However, on Sunday, an unprecedented co-ordinated deal between Russia, Saudi Arabia and the United States to stabilise oil prices was agreed. The deal was also intended to indirectly help level off global financial markets.

RAC fuel spokesman Simon Williams said: “While the average price of petrol is still too high considering that a barrel of oil dropped to its lowest price in 18 years at just over $17, a new agreement has now been struck between the world’s major oil producers to limit supply.

“This has already led to the barrel price rising to around $30 which means it is very unlikely that retailers will reduce prices much further, so 110p a litre looks like being the lowest point for unleaded.”

The wholesale price of petrol is determined by two things — the price of oil and the exchange rate, as oil is sold in dollars. This means that UK consumers get favourable prices on the forecourts if the pound is trading strongly against the dollar. Today, £1.00 is worth $1.25, and last night oil closed at $20.61 per barrel.

Williams told Driving.co.uk that, under normal circumstances, these numbers would have had RAC lobbying for lower prices on the forecourts, probably asking sellers to sell for under £1.00 per litre.

However, he said, due to this “unprecedented situation, people aren’t driving as much, because of the government advice.” This Easter Sunday, traffic decreased by 80% from normal figures, with police reporting the lowest traffic levels since the 1950s.

The prices are also largely dictated by supermarkets, who despite only comprising one in five forecourts, sell 45% of all fuel. If supermarkets, the rare businesses thriving during the lockdown, cut their prices, this pressures other retailers to cut their own, resulting in smaller, independent retailers facing going out of business, according to Williams.

This would have an adverse knock-on effect to rural communities, who rely on independent petrol stations not only for fuel but for essential supplies.

Brian Madderson, chairman of the Petrol Retailers Association, which represents independent petrol retailers — some 70% of the nearly 8,400 across the UK — told Driving.co.uk that over a hundred forecourts have had to close already. Some rural retailers have seen a drop of 85% in fuel volume since the lockdown, he added.

Madderson pointed out that the fuel that is being sold is going to essential workers. “It is important that we, and government, try to keep open as many of these sites as possible,” he said.

He noted that many independent petrol stations are extending their opening times in order to provide an ongoing service for essential workers who work abnormal hours.

Petrol stations that have convenience stores such as Spar or Nisa attached to them are making a “reasonable return”, said Madderson.

“Some of them that have expanded into mini supermarkets are obviously doing really well, with shop sales up 50% or 100%, with people preferring to shop locally rather than driving to a supermarket and waiting in a queue.”

The government has also allowed petrol stations to keep open their unmanned car washes, to supplement their income.

Petrol stations are entitled to the £25,000 grant that Chancellor of the Exchequer Rishi Sunak made available to businesses in mid-March. However, Madderson says that this grant may benefit petrol retailers less than other small businesses.

“Because of the extraordinary nature of the government tax that makes up the fuel price, it’s not helping our dealers very much, in terms of cash flow,” he said. “The tax on a full tanker load of petrol, duty and VAT, is over £26,000.”

He said the entire value of the grant would go straight back to the government in tax within a matter of weeks.

The PRA is now asking the government to provide more financial assistance to teetering independent retailers, either in the form of a temporary fuel duty relief scheme, whereby retailers would be able to keep more of the money they make, or in the form of a higher cash grant.

However, the government may resist agreeing to either of these schemes, with the Office for Budget Responsibility (OBR) predicting that the economy will shrink by a record 35% in June. The Chancellor yesterday warned the British people of “tough times ahead”.

The International Monetary Fund (IMF) has predicted that the world economy will contract by 3%, the most since the Great Depression of the 1930s.

However, once the lockdown has ended the space between the wholesale and retail prices could mean that prices won’t go up as quickly as would normally be expected. Williams predicted that the price should remain largely the same for “a few weeks” afterwards.

Government lockdown rules mean you should only fill up your car if you have to, in order to carry out essential journeys. Madderson says that, despite the effect on the independent fuel retailers, “to beat this virus, [people] have to stay at home. Keep the car in the garage.” However, if you do need to fill your car, supporting your local petrol station may be more important now than ever.

Gallery: Drive-thru coronavirus — how cars are helping during the pandemic