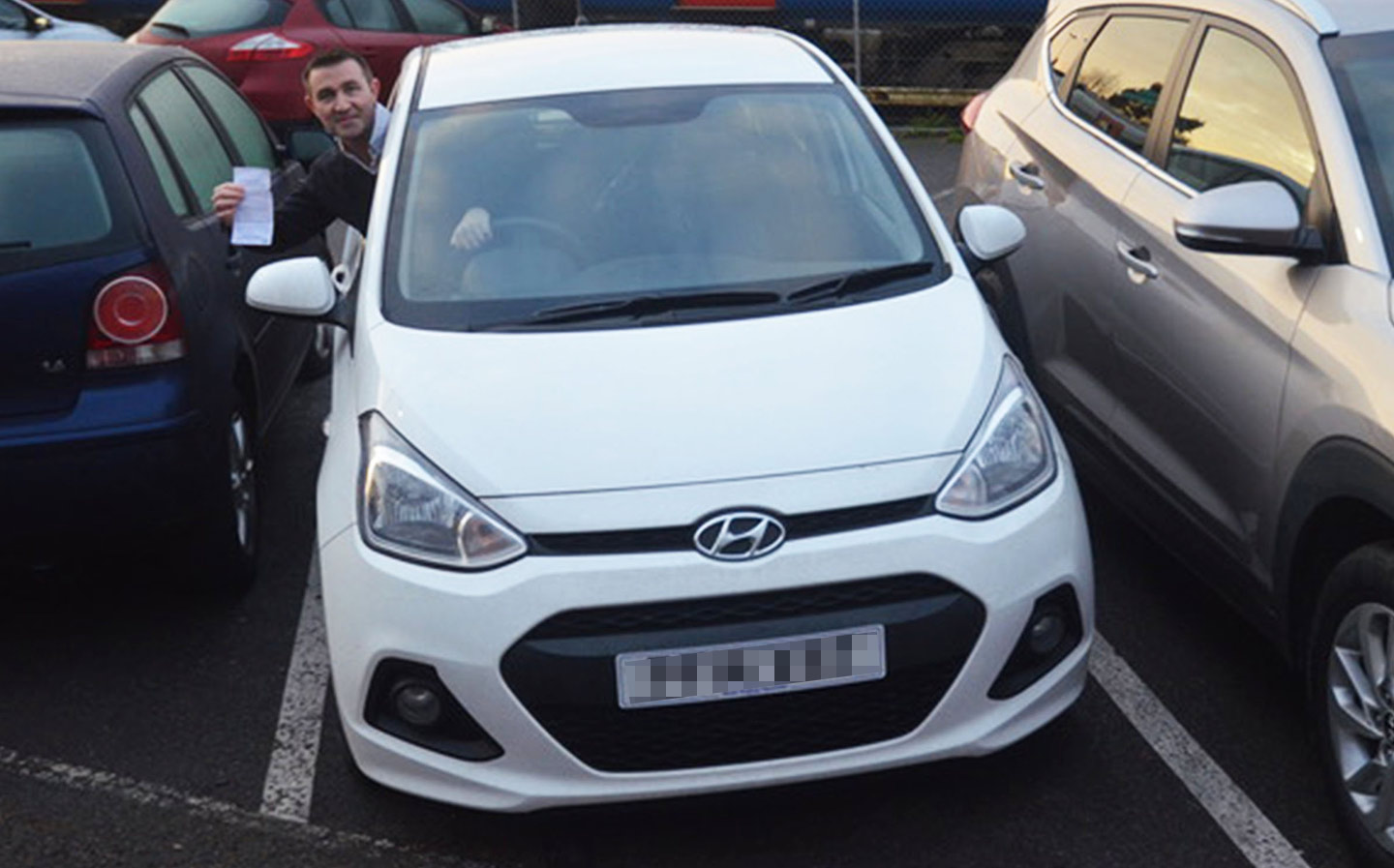 IT’S BAD enough that the train companies can’t run a railway, but now it turns out they can’t run a car park either.

South West Trains is repainting the car park at one of its busiest stations after a motorist had his £80 parking fine quashed for proving that the spaces were too small.

Jago Lawless, 46, a naval architect, was furious when he was given a penalty notice at Southampton Central station because his modest new car overlapped the space by just two inches of one tyre.

“It was the first time I had driven my Hyundai i10, and so I was especially keen to park easily in a parking space,” he said. “I am absolutely paranoid about not getting my cars dinked or dented by having doors of other cars being opened and hitting them.

“If I had parked straight in any of the spaces available, I wouldn’t have been able to open my door without banging the car next to me. I had to park at a slight angle, which meant that my tyre was just on the white line.”

When he returned to his car a few hours later, he found the penalty notice on the windscreen for “not parking in a designated parking space”.

As a naval architect who works on precise design specifications for some of the world’s largest ships, “I immediately got my tape measure out,” he said.

“Astonishingly, the parking space was only 1.978 metres wide,” he said.

Government guidelines recommend a minimum of 4.8 metres by 2.4 metres.

The case comes at a time when many drivers are arguing for larger parking spaces to accommodate modern cars.

Rod Dennis, a spokesman for the RAC, said: “Offering spaces that are quite obviously too small for even today’s smallest city cars is ludicrous. No motorist should be faced with a fine for trying to park in a space that the vast majority of cars could never fit into.

“Are drivers now expected to carry tape measures with them to ensure that their space meets the government’s recommended width of 2.4m?”

A South West Trains spokesman said: “The Department for Transport issues guidelines and recommendations on car parking spaces for new-build car parks. Many of the car parks on our network, such as Southampton Central, have been around since the days of nationalised British Rail.

“As soon as the matter was drawn to our attention, the penalty was withdrawn. In addition, we will be re-marking out the angled spaces in this car park to increase their width.”

The train company said it was creating 1,600 extra spaces across its network. “However, there is clearly a fine balance that we have to strike between the size of the spaces and maximising the number of bays for rail passengers.”

Lawless wants all similar fines to be quashed and has challenged Sir Brian Souter, chairman of Stagecoach, which owns South West Trains, and its chief executive, Martin Griffiths, to meet him with their cars at the Southampton car park at 6.30am on Tuesday.

“We’ll park all three cars in a line, and it doesn’t matter whether they’ve got a Mini or a Maserati, I can guarantee they won’t be able to park their vehicles and open their doors without risking damage to my car and theirs.”