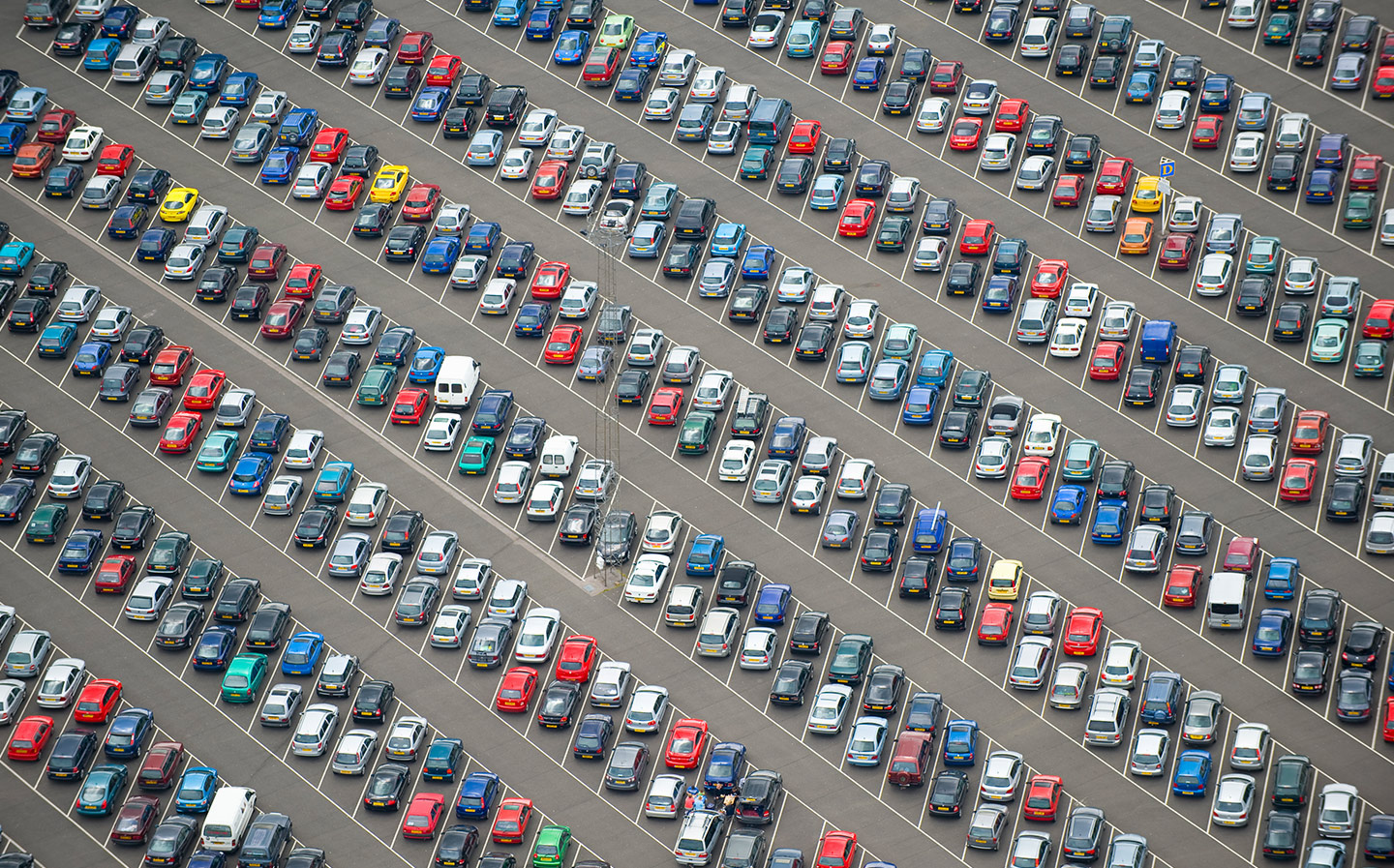 THINK of a car park and you’ll probably envisage row upon row of spaces, all neatly arranged and set at right angles to the access lane. However, research has revealed that in some cases, having parking spaces set at 90 degrees might not necessarily be the best use of the space provided.

University of Salford professor David Percy worked out that a simple tweak of geometry means that more cars can be fitted into a car park, making greater use of the space available.

Percy has shown that a conventional car park with rows of rectangular boxes marked out by white paint is an inefficient use of space. He found instead that with just minor tweaks you can improve capacity by more than 20%. You simply use the same white paint to draw lines at an angle.

He was inspired to work out the answer when the university car park was being spruced up. The standard rectangular lines were just being painted over and “this traditional conformity set me thinking,” he wrote in Mathematics Today.

What if the bays were at 45 degrees instead, angled towards the flow of traffic, he wondered. While some car parks use this system, most do not, but does it have advantages?

Key to understanding his calculations is that the area required for a parking space is not only the rectangle that it occupies but also the area that a car needs to move into that rectangle. If you place the parking bay at 90 degrees to the traffic flow, a greater turning circle is needed than if the bay is angled.

“Instead of rectangular parking bays, I figured if they are diagonal you might save space and fit more cars into a car park,” he said. His hunch was right. Because less room is required for turning, he found a car park that fitted 500 cars in the rectangular scheme could take 619 with judiciously angled white lines.

The system only works in large car parks, Percy discovered — in smaller ones the wasted space at the edges from angled bays may negate the savings.

How should the angled bays fit together, though? 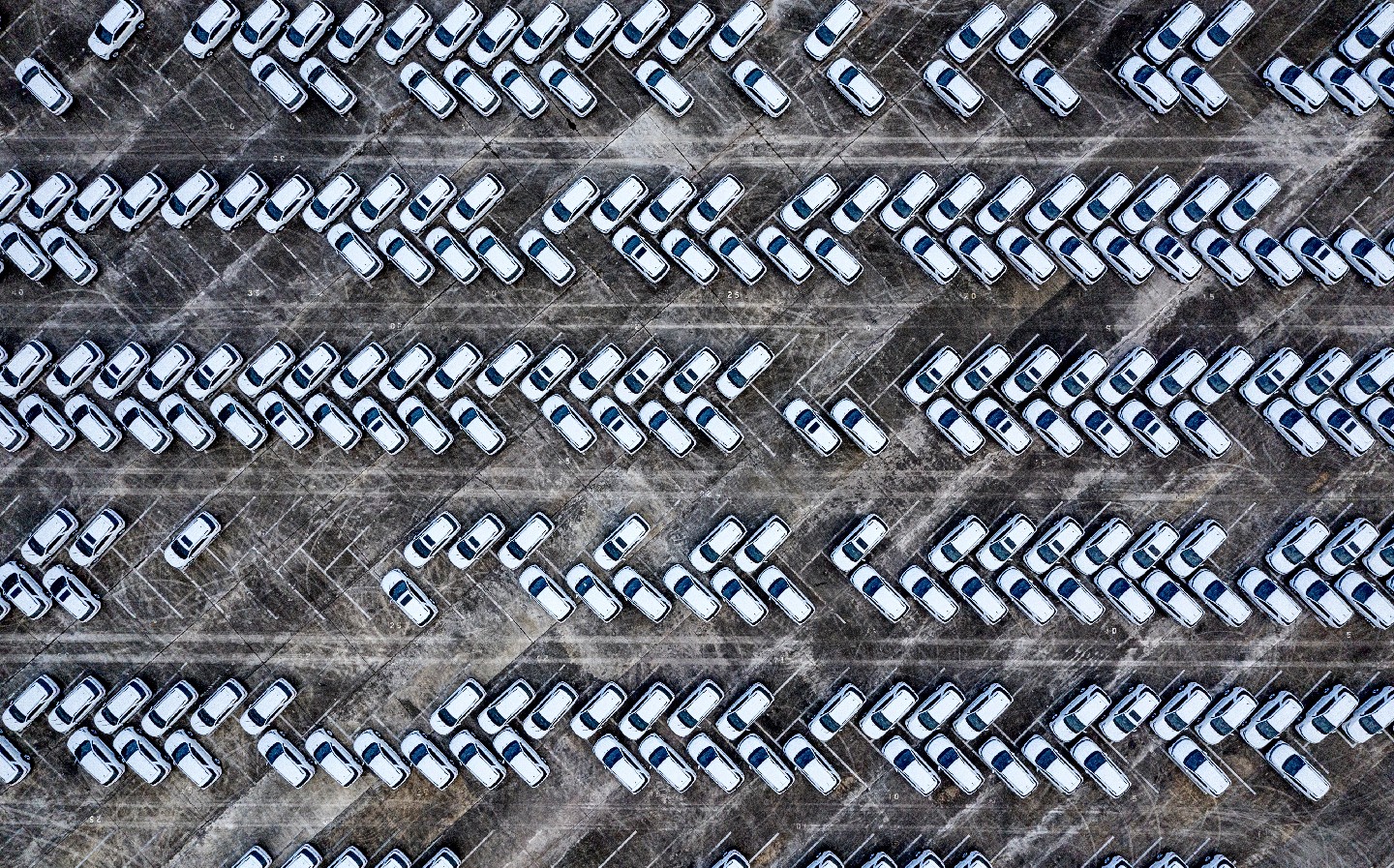 Some car parks use a so-called tessellated herringbone pattern, as shown in the graphic image above. It does mean the access lane can be narrower, but Percy is against this in larger car parks because traffic cannot flow in opposite directions along adjacent aisles unless vehicles nose into some bays and reverse into others. It is “a recipe for disaster,” he wrote.

His preferred solution is to have bays slanted along the same axis, as if a row of rectangular bays had been twisted slightly, as per the Macy’s car park in the USA, below. 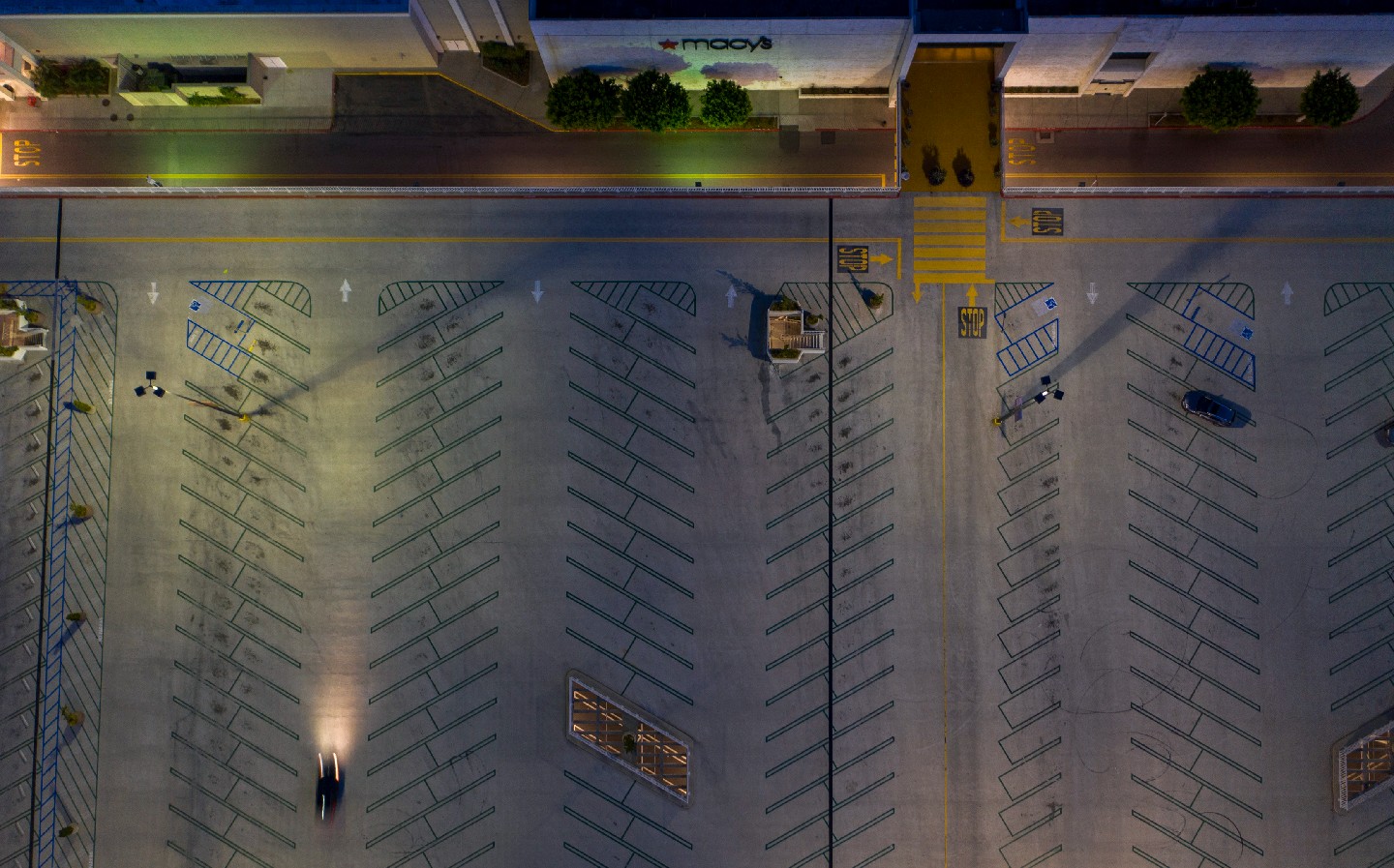 Since assessing the merits of the solution, Percy has said that some people suggested the adjacent bays could also be angled in the same direction, allowing people to pull ahead of the bay and then reverse in, rather than head in forward, as pictured below. 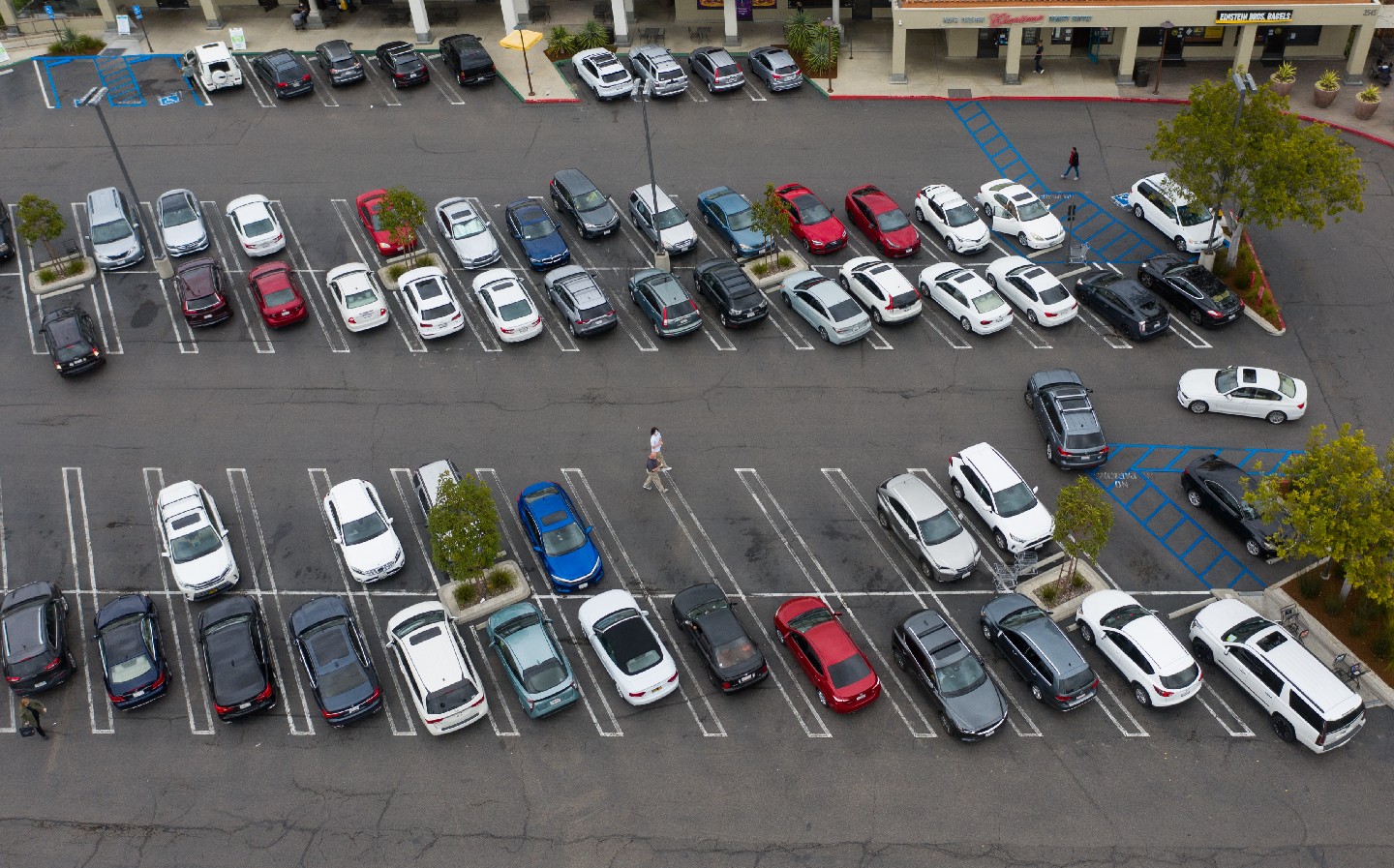 While this proposal is similar in terms of geometry, he concedes that mathematics might have its limits and he should defer to his psychologist colleagues instead. “I think if you had to go in front of the bay then reverse in, it would be difficult to stop people sneaking in first and stealing your space,” he said.

Based on a story first published in The Times