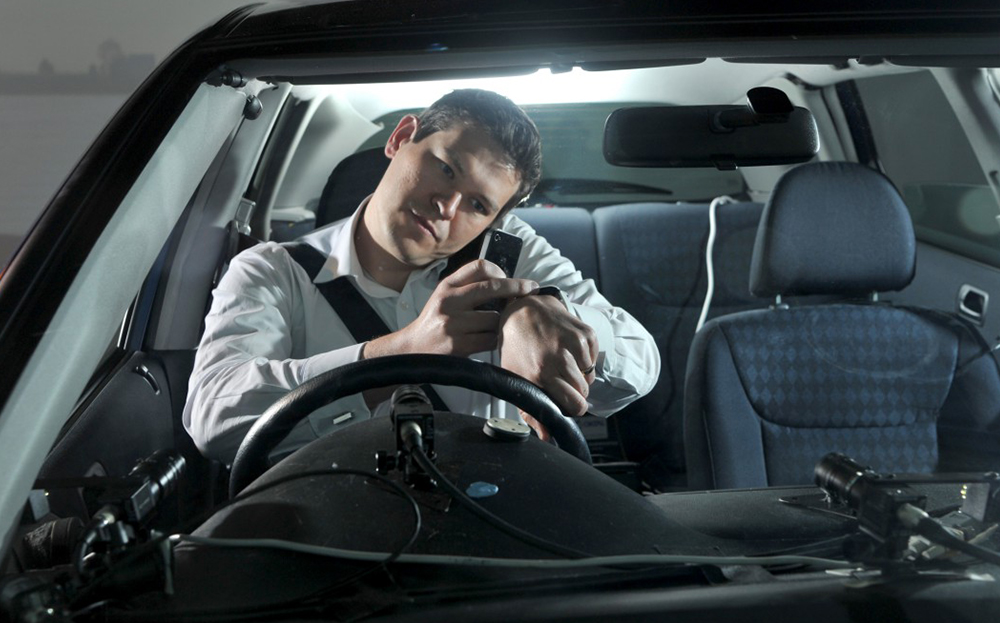 THE NEW generation of smartwatches could pose a bigger risk to drivers and other road users than using a handheld phone at the wheel. Research by The Sunday Times and the Transport Research Laboratory (TRL) has found that checking text messages or emails on a smartwatch causes drivers to lose concentration and react more slowly to potential hazards than if they were using a mobile phone.

The findings come on with the launch of Apple’s latest device — the Apple Watch — which will be able to send and receive messages, and connect to compatible iPhones. While it isn’t the first smartphone-connected watch, experts expect Apple’s product to propel the technology into the mainstream, as the company did with smartphones and tablets, meaning it could become common among drivers.

The research measured driver reaction times and hazard-perception ability against a number of in-car distractions, including making and receiving phone calls, sending a text message on a phone, surfing social media and reading a text message on a smartwatch. The reaction times were measured against those of a driver engaged in a casual conversation with a passenger, to replicate a common driving situation.

In one test, using the TRL’s driving simulator, I took an average of almost three times longer (2.52 seconds) to react to a hazard while reading a message on a watch than while talking to a passenger (0.90 seconds). The only activity more distracting was using a phone to surf social media sites, which resulted in an average delay of 2.60 seconds. In the simulation, any delay above two seconds was considered dangerous. Holding a conversation on a hands-free set-up resulted in me taking an average of 1.35 seconds to react to a potential hazard, while using a handheld mobile led to a 1.85-second delay.

In another test, use of a smartwatch resulted in me veering out of my lane four times and being forced to take evasive action twice to avoid a collision, compared with no veering when talking to a passenger and no evasive action when using a handheld mobile.

The TRL test took place at its facility in Bracknell, Berkshire. I drove in the simulator for 10 minutes along a busy, three-lane carriageway. I followed another car, keeping a two-second gap, while cameras monitored how long my eyes left the road and the software logged how many times I veered out of my lane. A hazard warning light — a bright red rectangle to symbolise sudden braking ahead, or a stationary object in the road — occasionally flashed up on screen. I had to flash the headlights to show I had spotted it.

Professor Andrew Parkes, the TRL’s chief scientist, said communicating remotely with someone was intrinsically more distracting than speaking to someone next to you. The fact the person on the other end of the phone could not see the traffic — known as “social cluelessness” — meant the driver had to work harder to keep control of the car and hold the conversation.

Read more: Driver distractions: the gadgets most likely to cause an accident