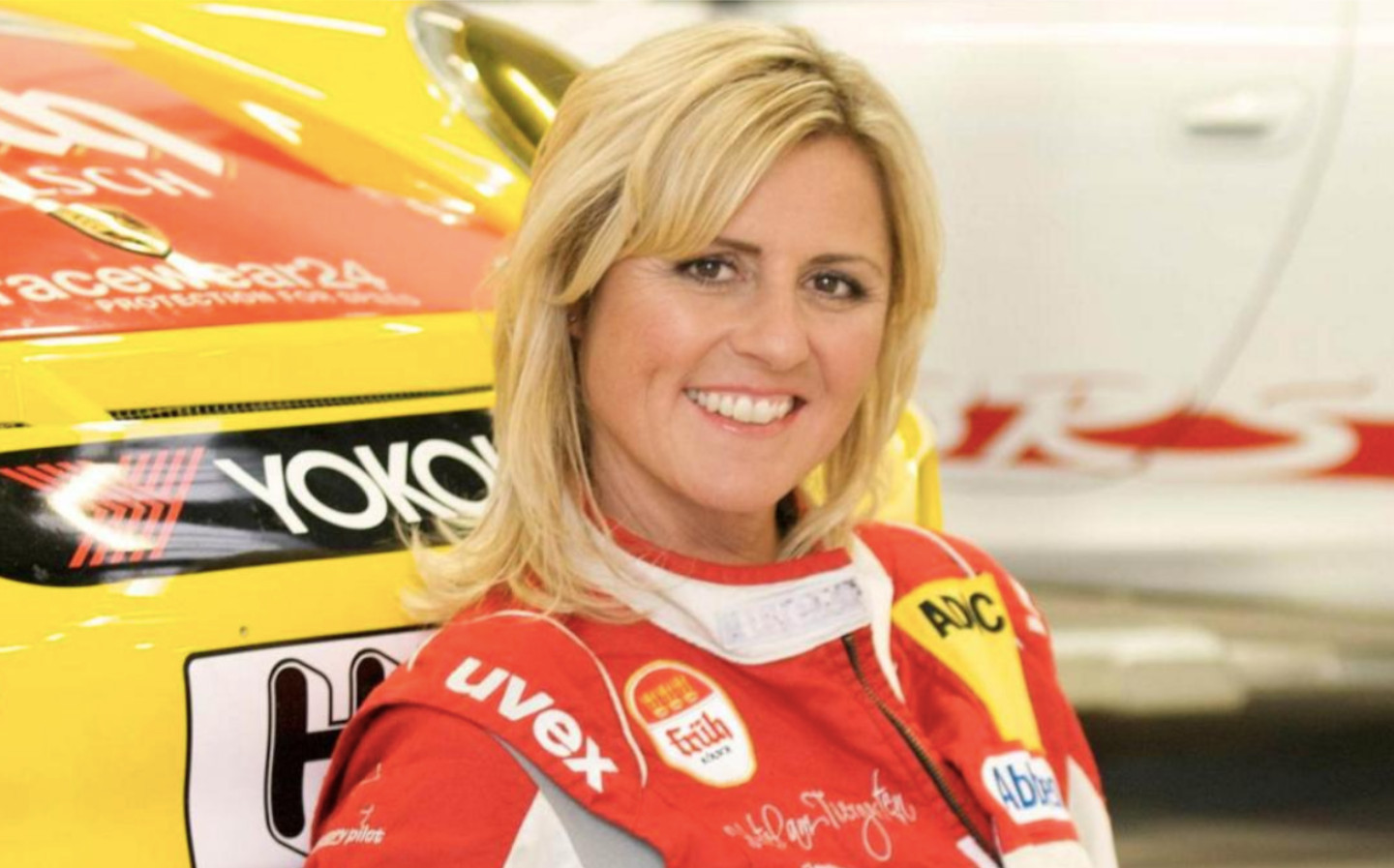 THE MOTORING world was saddened yesterday by the news that “Queen of the Nürburgring” Sabine Schmitz had died aged just 51, after a three-year battle with cancer.

Tributes quickly flooded in on social media, with people praising her sense of humour, charisma and warm personality, as well as her supreme driving skills.

Schmitz remains the only woman to have won the 24 Hours of the Nürburgring (twice, in 1996 and 1997), and became known for her high speed “taxi rides” around the famous track.

In a video for a series made by BMW about people’s passion for the BMW brand, Schmitz said — to a background noise of screaming tyres — that she loved her job driving people around the Nordschleife because, “It’s really fun to scare people. They love to get scared, so they pay me for that. It’s a good job — I do what I want to do.”

Schmitz became more widely known — especially in the UK — after an infamous line uttered to Jeremy Clarkson in a 2004 episode of Top Gear. After he achieved a Nürburgring lap time of 9 minutes and 59 seconds in a diesel-powered Jaguar S-Type, she deflated his celebrations somewhat by telling him: “I do that lap time in a van”.

Naturally, the show’s producers challenged her to do just that, supplying her with a Ford Transit van with a 0-60mph time of  more than 20 seconds. After stripping out the unnecessary weight, she took to the track and achieved a time of 10 minutes and 8 seconds — admittedly slightly slower than Clarkson’s time, but extremely impressive considering the limitations of the vehicle. When she gave the S-Type a run, she was 47 seconds quicker than Clarkson.

Clarkson paid tribute to Schmitz on social media yesterday morning. On Instagram, he posted a shot of the two of them in the Top Gear studio, accompanied by the caption: “Such a sad day. Sabine was a wonderful happy person. Quick as hell too.”

3. Schmitz vs Chris Harris in buggies

After the departure of Clarkson and co. from Top Gear in 2015, Schmitz was promoted from an occasional guest star to a fully-fledged presenter, and given the opportunity to show that her driving talent was not restricted to the boundaries of the Nürburgring.

In a clip where she is pitted against Chris Harris in a buggy race in the Californian desert, she showed that she was as comfortable on dirt as she was on asphalt.

Writing for Top Gear yesterday, Harris said: “She was a bundle of energy, one of those people whose resting facial expression was a huge grin, and she was so much fun to be around and to work alongside.”

4. Wowing Rory Reid round the ‘ring

Schmitz got to show off her chops around the Nordschleife again on Top Gear, wowing co-host Rory Reid by overtaking cars including a Porsche 911 GT3 RS while driving a VW Golf GTI Clubsport S.

Schmitz’s television exploits spanned more shows than just Top Gear. A clip from the its longtime rival, Fifth Gear, shows her eliciting a few looks of panic from Tiff Needell as she throws three track day toys around.

In a statement on Twitter yesterday, Needell said that Schmitz was “full of life and a great talent behind the wheel. It was always a fun day filming with her.”

From everyone at Driving.co.uk, our heartfelt condolences go to Sabine Schmitz’s family and friends following her death. She was a captivating screen presence and her TV appearances live on for us all to enjoy. Rest in peace, Sabine.