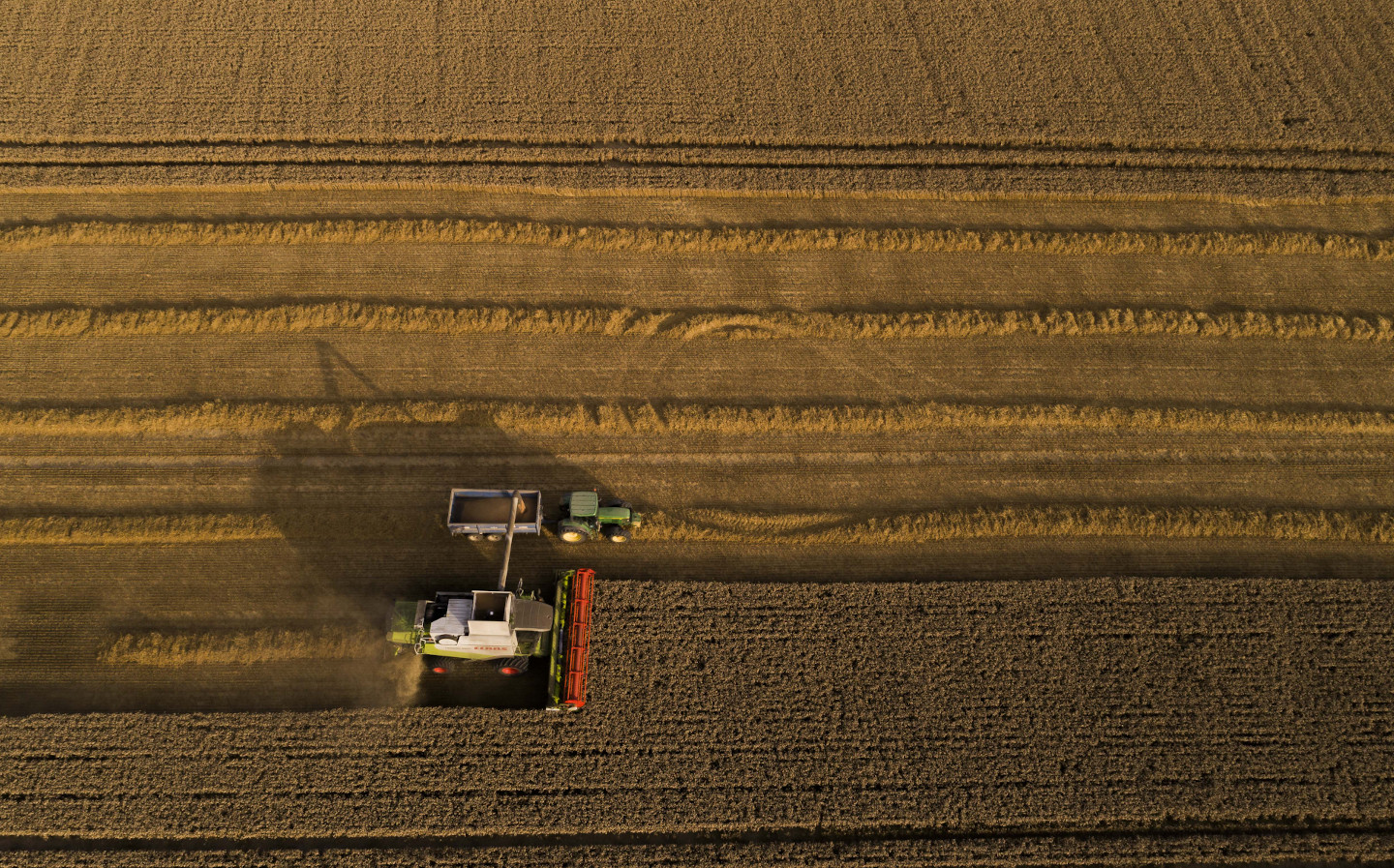 JEREMY Clarkson isn’t happy about the misconception that God has anything to do with agricultural success. He has not been since he was a child: “Every September we were frogmarched into the local church to thank God for the harvest. But as I sat there, staring at the altar, which was festooned with trugs full of marrows and ears of corn, I always used to think, “God had nothing to do with any of that. It was all produced by Mr Turnbull,” who was the local farmer.”

In fact, says Clarkson, all God has done this year is thwart his attempts to successfully grow crops, throwing all his might into rain, drought and cold. “He gave us the wettest autumn since 2000, the wettest February on record, the driest May on record and then, for good measure, the coldest July since 1988. He’s fried my crops, frozen them, drowned them and then drowned them again.”

The people who actually should be thanked, therefore, are the clever clogs who produce weed-killers, nitrates and pesticides, all of which give the crops a better chance of surviving the hellish conditions thrown at them this year. These are companies with boring names like Monsanto, Syngenta, Beyer and BASF, but they are nevertheless the ones to whom we should be giving thanks, according to Clarkson.

They are, however, not miracle workers. Despite the best efforts of agrichemicals, crops can only survive so much, and Clarkson was warned by his fellow farmers not to expect a heavy harvest of barley, wheat or oilseed rape this year.

However, he went about his business with the naivety of a farming rookie, walking past his crops only to think that everything looked hunky dory.

He did not, however, realise how specific the conditions have to be to successfully harvest rape. For one, the rape has to be dead before it can be harvested. It also has to have a very specific moisture level; specifically, between six and nine percent. “So if it’s been raining, or not raining, or if it’s been sunny, or not sunny, you have to wait. Too dry and the crop will be rejected by the buyer because it will be impossible to extract the oil. Too wet and you must spend a fortune drying it out.”

There’s also the issue of storage. After having his preconceptions that harvested crops could be kept in a bucket or in the bath corrected, Clarkson had to build a barn. Even the one he built was too small, meaning he had to transport his barley to a different location for storage. This involved the booking of trucks, combine harvesters, and in his case, a film crew to catch the whole thing for his new Amazon show.

This also meant that the weather, Clarkson’s agricultural antagonist all year, would have to be on his side. After checking the BBC and hearing that the week held light winds and sunny skies, therefore, he proceeded.

As is the age-old truth in Britain, though, the weather doesn’t always unveil as planned: “The next day it was cold and wet, and I was furious. To you, inaccurate weather forecasts don’t matter. The worst consequence is you have to abandon the barbecue you’d planned and move inside, but to a farmer they are critical, so I have a plea to the Beeb’s weather people: if you don’t know — and at the moment you don’t, because the transatlantic pilots on whom you rely for information are all at home learning how to make sourdough bread — admit it.”

When his rage had subsided and some mildly acceptable weather came around, he had another go. However, even more problems appeared, including (but not limited to) the impracticality of his Lamborghini Tractor (something that’s popped up in a few of his columns), the impracticality of other agricultural vehicles, a sub-par volume of crops, and Brexit.

He has, therefore, decided to follow the advice that many people have been giving farmers: diversify. That’s why he’s writing his column from Manchester, where he’s filming a new series of Who Wants to be a Millionaire.