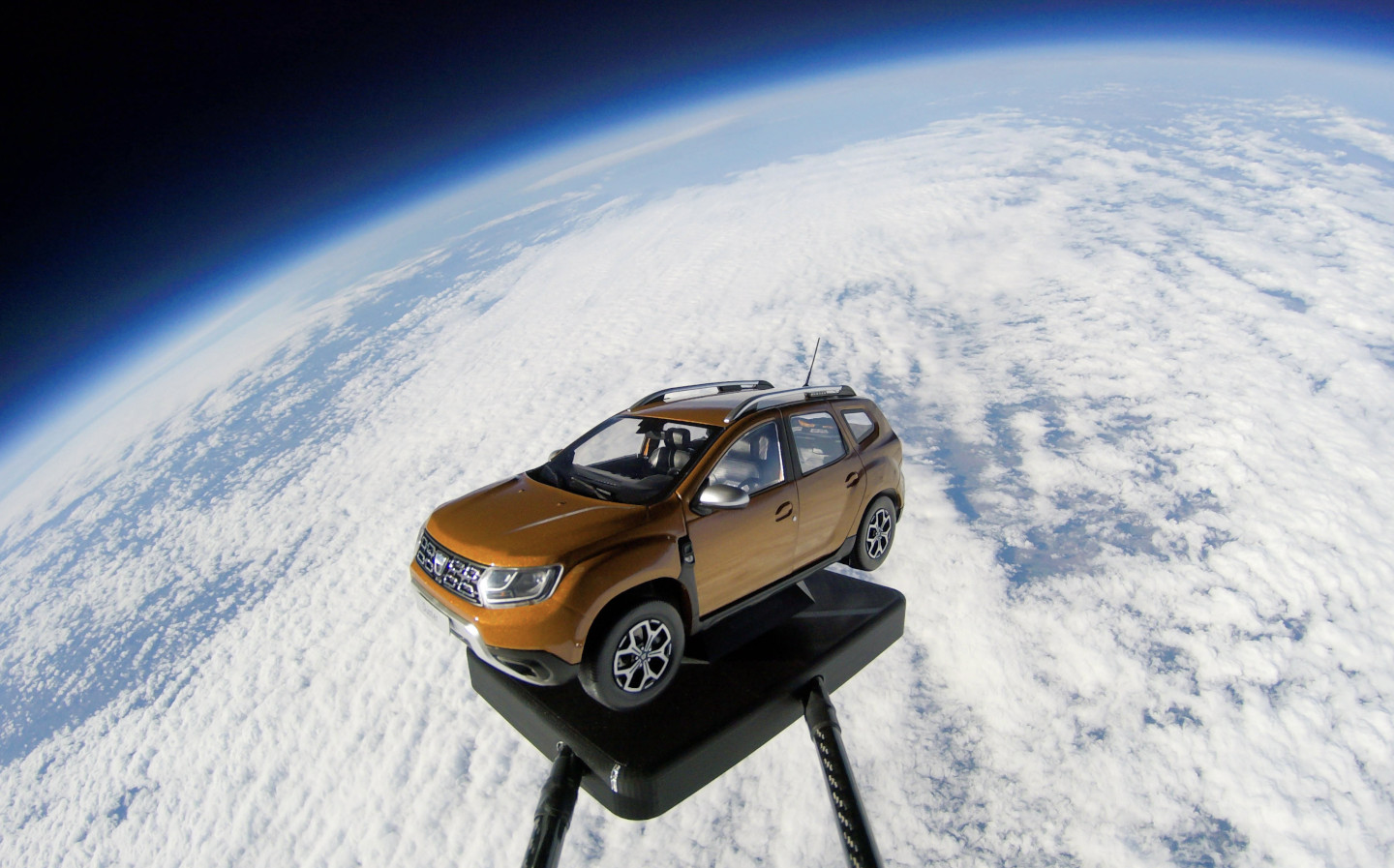 IF WE’RE HONEST, April Fools day has been a bit marred for the motoring press this year. Usually a day of light-hearted and obviously silly stories coming out of communications departments, it was somewhat overshadowed by the revelation that the US press team of Volkswagen had misled the media in order to preserve the integrity of an April’s Fools Day joke. You can read about that at the bottom of this page.

However, most car makers have stuck to the tried and tested playbook of faintly ridiculous and appropriately jovial announcements. Here are four of the best. 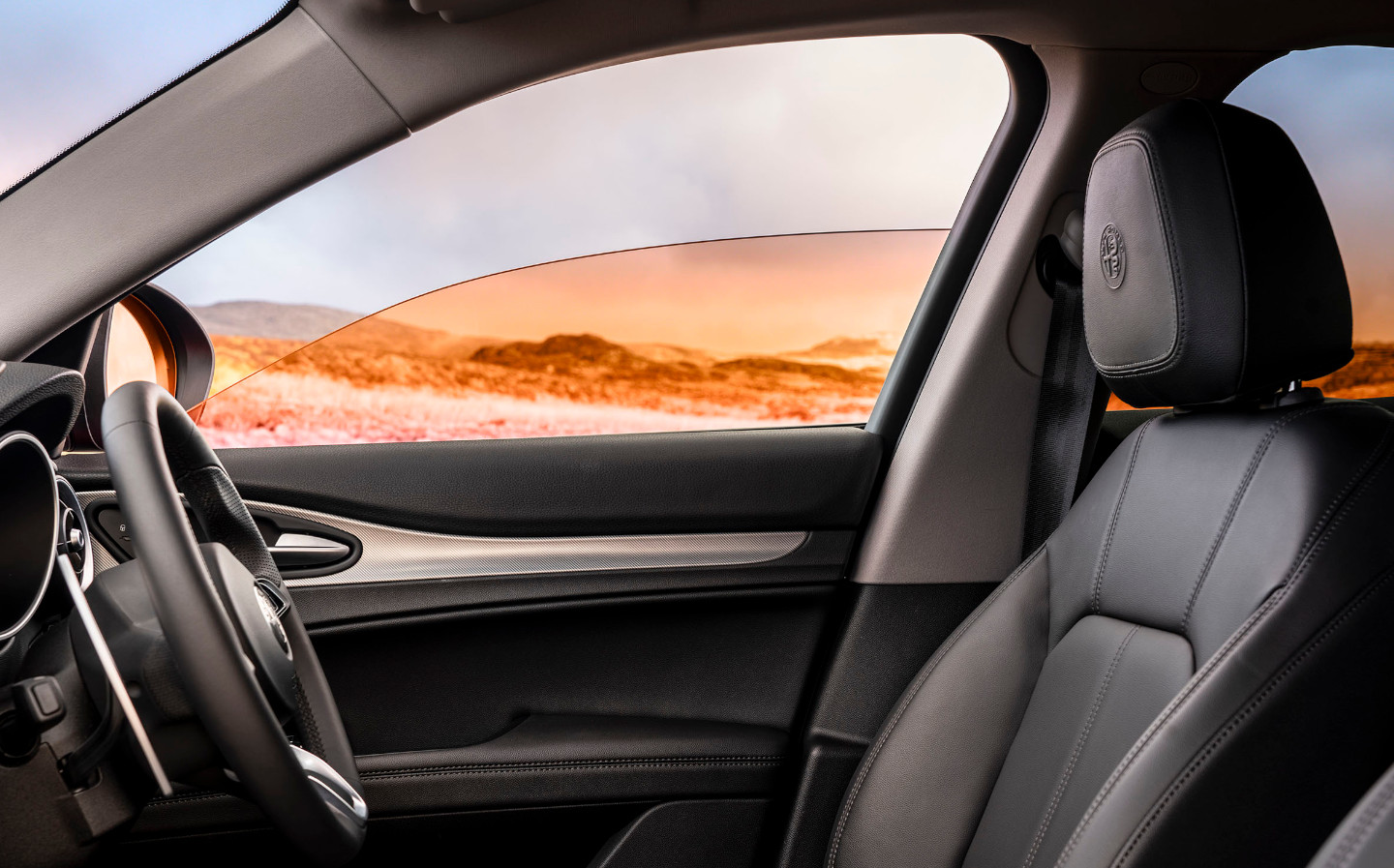 Alfa Romeo has long been a car maker associated with the La Dolce Vita — just the name conjures images of winding roads and the bask of Tuscan sunshine.

If you’re upset that you might not get to experience that this summer, then the car maker has got something for you: Nuova Loce (new light) technology, which uses “state-of-the-art electrochromic glass” to transform the dreary landscape of your daily commute into the picturesque vista of an Italian holiday.

The “filter windows” come in five guises: “Roma” creates sunset hues; “Milano” has the “bright, crisp light of the Duomo”; “Torino” comprises a “peachy pallet”; “Como” evokes the rich blues and greens of sunlit water; and “Cinque Terre” will make you feel like you’re luxuriating on the Amalfi Coast.

With flights to sunnier climes still looking unlikely for some time to come, the main effect on Brits of this April Fool’s joke is likely to be melancholia. 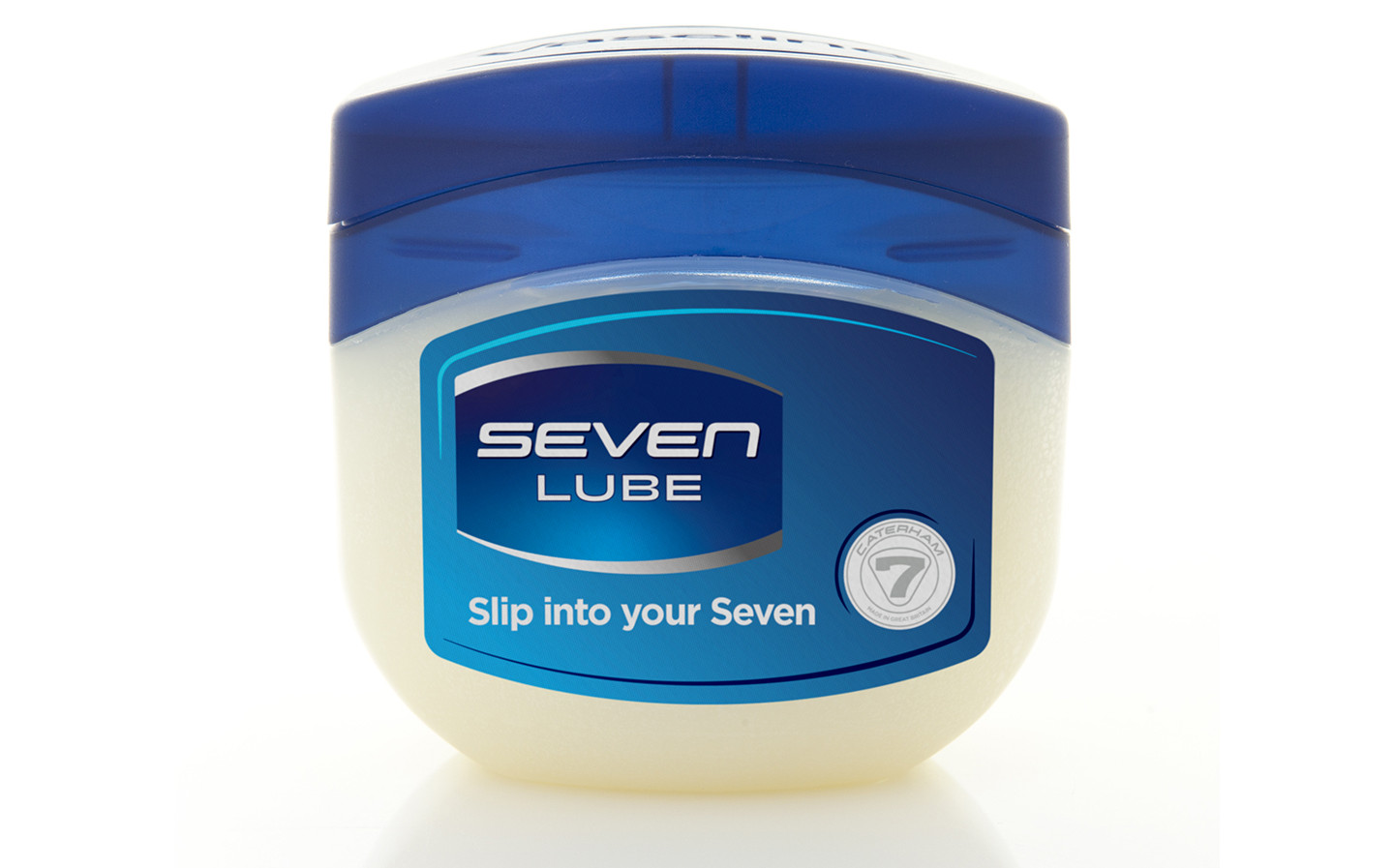 Caterham recognises that the doorless design of its Seven roadster makes getting in and out a little tricky, so it has come up with a solution: Seven Lube, an oil based grease designed to assist drivers with ingress and egress of their diminutive sports car.

According to the British brand, a walnut-sized blob of the lard-like product should be more than enough to help you slip in and out.

“We hope that, with this new product – which has been developed over the last 17 months by our world-class engineers – we can make getting in and out of a Seven just as easy as any mainstream vehicle,” said Caterham CEO Graham McDonald.

“And still easier than a Kamaz truck, which requires you to climb a ladder.”

Seven Lube is priced at £7.77 a tub and is available from Caterham’s website now. (Although, of course, it isn’t).

In one of the less believable April Fools Day pranks, Romanian outfit Dacia, manufacturer of the cheapest new car in the UK (the James May-beloved Sandero) decided to send its Duster SUV to space, launching a new era for space travel that it has taken to naming “Dustar”. The Duster really, is, as the car maker says, “the Dacia that does everything”.

Going a step further than some of its rivals, Dacia even made a video documenting the Dustar’s launch, complete with a (presumably royalty-free) rip-off of Richard Strauss’s “Also sprach Zarathustra”, the theme from 2001: A Space Odyssey.

4. Skoda’s remedy for the tone-deaf 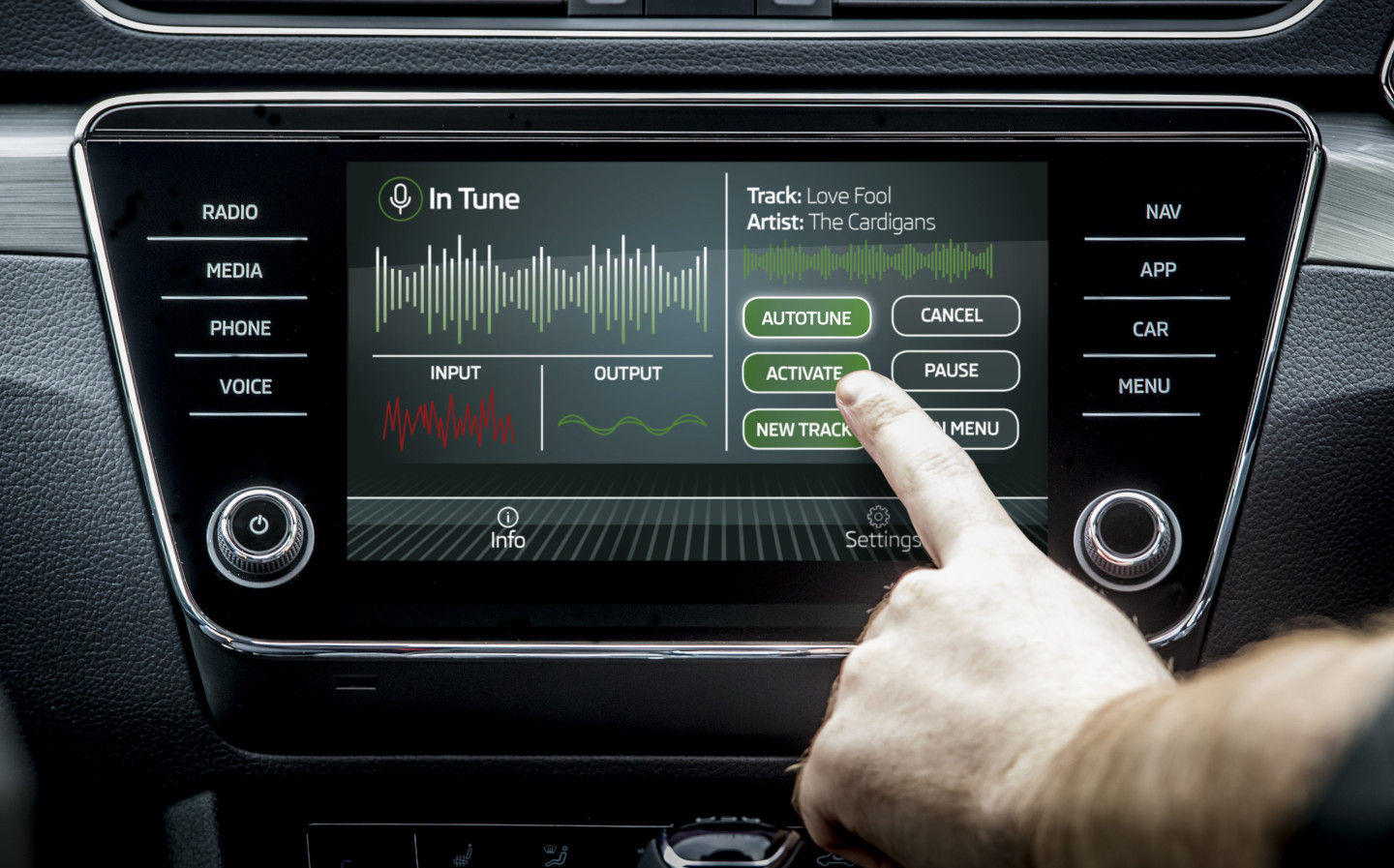 Everyone has fallen victim to the road trip companion who has slightly too much confidence in their ability to hit the final note of the chorus from “Take on Me”, or belt out the climax of “I Will Always Love You”.

This has definitely affected someone at Skoda, which for its April Fool’s Day joke decided to announce the introduction of “In Tune”, new infotainment software that auto-tunes the voice of the overstretched vocalist, fixes it, and plays it back in real time, making the voice of you or your melodically-challenged passenger more sonically palatable.

Carrie O’Key (get it?), who is claimed to be Skoda’s Head of Vehicle Audio, said: “The UK’s ongoing lockdown situation is straining families and friendships, and with the prospect of kids back at home for the Easter holidays tensions are likely to run high.

“We know music is good for the soul but caterwauling certainly is not.  This software will hopefully add some much-needed light-hearted fun to every essential car journey.”

We know it’s only a joke but if you’ve ever had to give lifts to people who’re in no danger of getting a thumbs up from Simon Cowell, you might think Skoda really should get working on this. 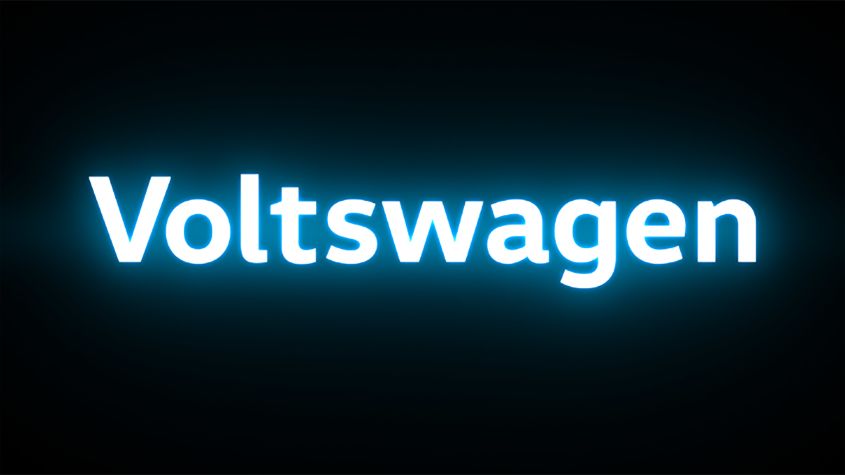 Volkswagen’s April Fool’s Day joke’s biggest problem was that it was launched a full two days before April 1. Because it was so believable, and then made out to be true, it skewered many a reputable news outlet.

Earlier this week, a press release was accidentally published to — then swiftly removed from — Volkswagen’s American press site announcing that the company would change its name in the US market to “Voltswagen”, in order to coincide with the release of its new electric crossover, the ID.4.

Due to the release’s proximity to April Fool’s Day, press were hesitant, and asked VW whether or not the announcement was a joke. The American communications team refused to deny the story, or admit it was a prank, leading journalists to believe that it must, in fact, be true. As a result, the rebranding was reported globally as fact by the likes of the BBC, the Associated Press, The Guardian and Driving.co.uk.

The joke dramatically misfired for the company, which is still recovering from the 2015 dieselgate scandal, which involved installing “defeat devices” to its cars to cheat emissions tests.

“We understand when a spokesperson is not in a position to confirm or comment on a piece of information, but we never expect them to make false statements,” wrote Phil Chetwynd, global news director at the agency AFP, in a letter of protest to Volkswagen of America.

“We strongly think serious journalists and news outlets should not be used by companies like Volkswagen for marketing and advertising purposes. For us it is a very grave breach of trust which must not be repeated.”

Some analysts said that regulators ought to get involved, The Times reported.

James Cox, who teaches corporate and securities law at Duke University, in North Carolina, said the Securities and Exchange Commission should take action to deal with such misinformation, which can distort stock prices.

“The whole market has gone crazy,” Cox said. “We need to throw a pretty clear line in the sand, I believe, about what is permissible and what isn’t permissible.”

Christoph Ludewig, a VW spokesman, said: “Volkswagen of America developed . . . a national US marketing campaign, with a wink, to draw attention to Volkswagen’s e-offensive.

“From the start, the goal was to generate attention for an important corporate and industry topic in the USA. The large amount of positive feedback on social media shows we achieved this goal.

“At the same time, we regret if, in the eyes of some, we overshot the mark of the campaign.”

That’s what could be interpreted as a backhanded apology.