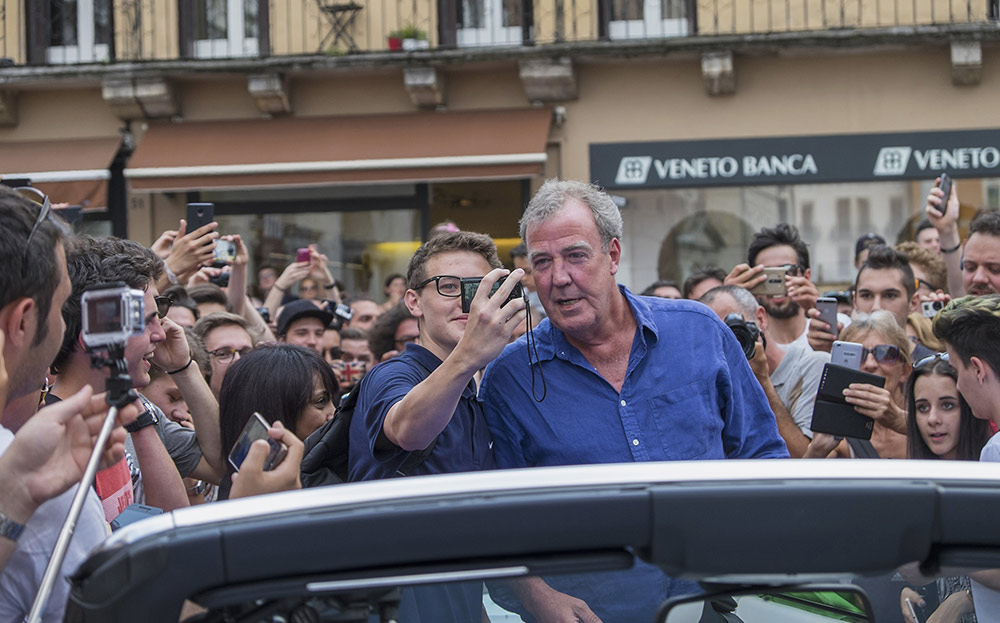 JEREMY CLARKSON made no secret of his support for the “remain” campaign during the run-up to the EU referendum. He and his colleague James May did a photoshoot with David Cameron  before the vote in the offices of The Grand Tour, their new Amazon Prime television show, and made a video supporting the case for staying in.

It may come as no surprise, then, that Clarkson would use his Driving column to air his frustration over the referendum outcome while reviewing the Wolseley 1500 Mk 1.

Clarkson, 56, chose the car, he says, because he was writing for an audience consisting of many people who clearly weren’t interested in modern cars, especially foreign ones.

“Stupidly, I believed that you might be interested [in Ferraris and the like],” he writes. “I thought that . . . I was speaking to an audience that was sophisticated and international. Broad-minded. Global.

“But it seems I was wrong. The Brexit vote has shown me and everyone else in the sneering metropolitan elite that, actually, you want to live in a black-and-white world with Terry and June on the television, pints in glasses with handles on the side, prawn cocktail crisps, powdered coffee, pineapple juice for a starter, ruddy-faced police constables, red phone boxes and no one speaking bloody Polish on the bus.”

Clarkson says, with tongue firmly in cheek, that he began his test drive of the Wolseley in Wales, “which is just about all right. Certainly it’s better than Scotland, which is full of people who are possibly communist.”

The review then focuses on usual matters such as handling and the interior, each damned with faint praise. On the subject of power, Clarkson says: “The Wolseley is not even on nodding terms with speedy, as I’ve said, but that’s OK, because why do you need to get anywhere quickly? That’s the language of big business and global activity. Download speeds. Coffee to go. A third runway. That’s not what you want at all.”

In a final lament, Clarkson says: “This is how life’s going to be now. It’s what more than half the voting public want. The country as it used to be. And I’m sorry to have to say this, but what I wanted was what the country could have been.”