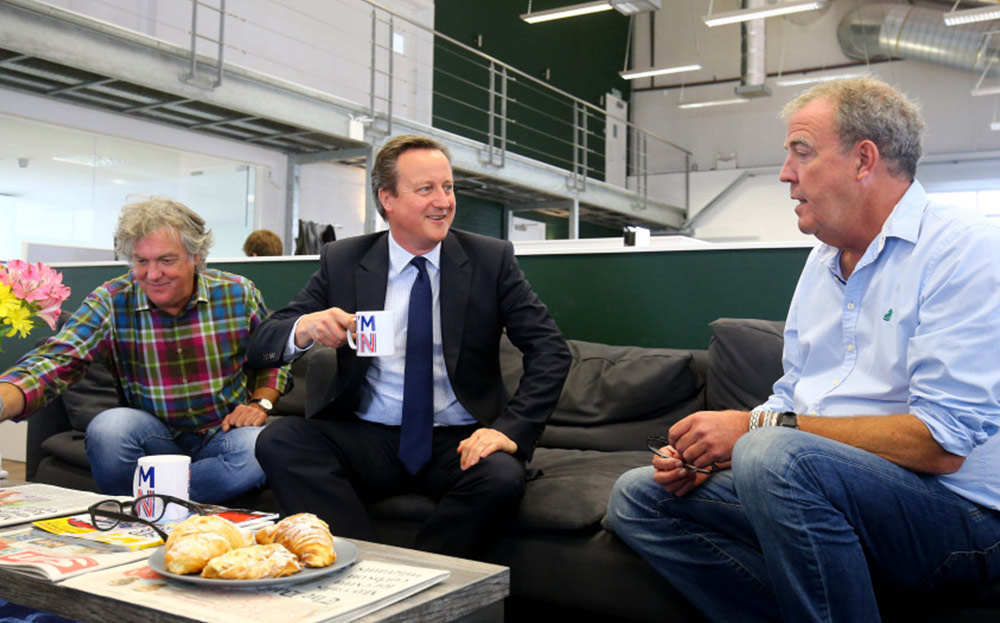 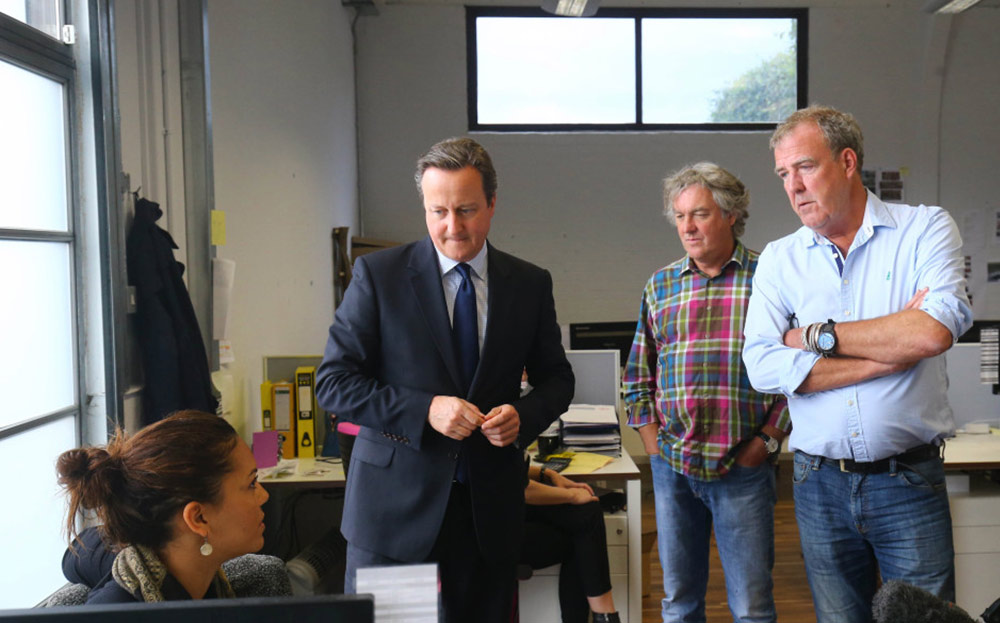 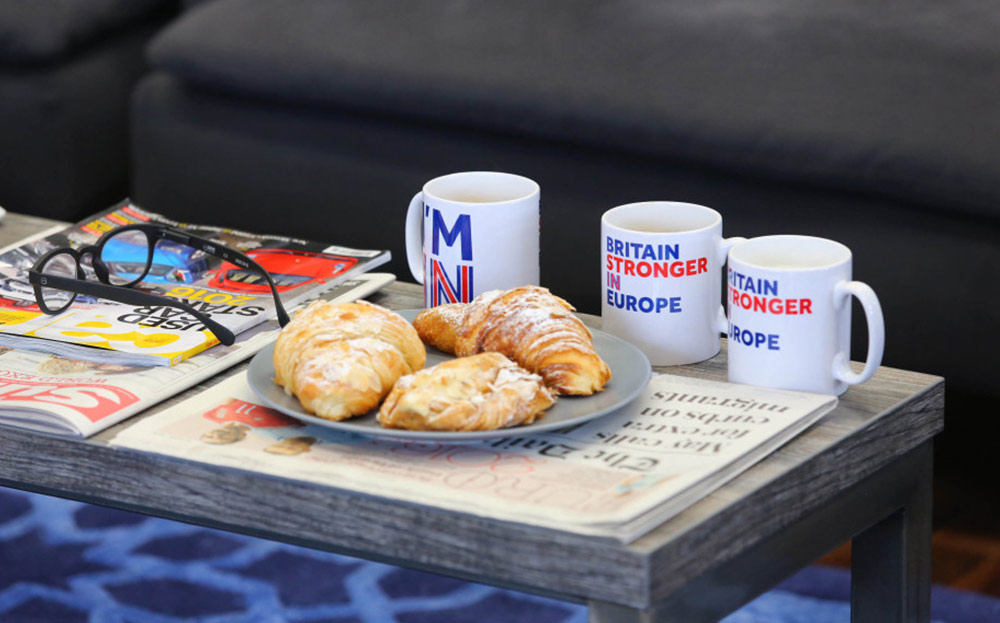 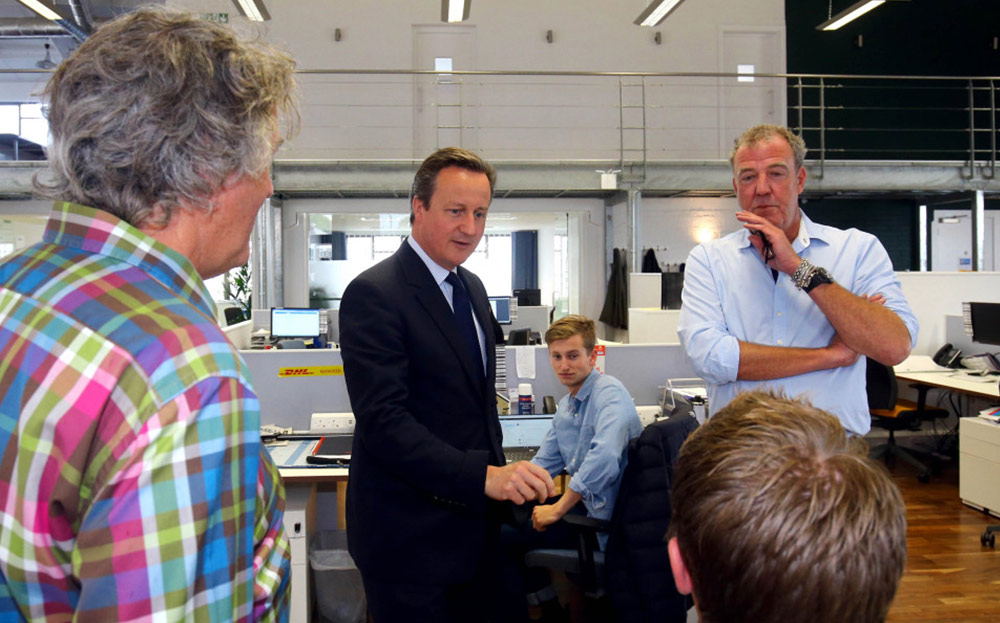 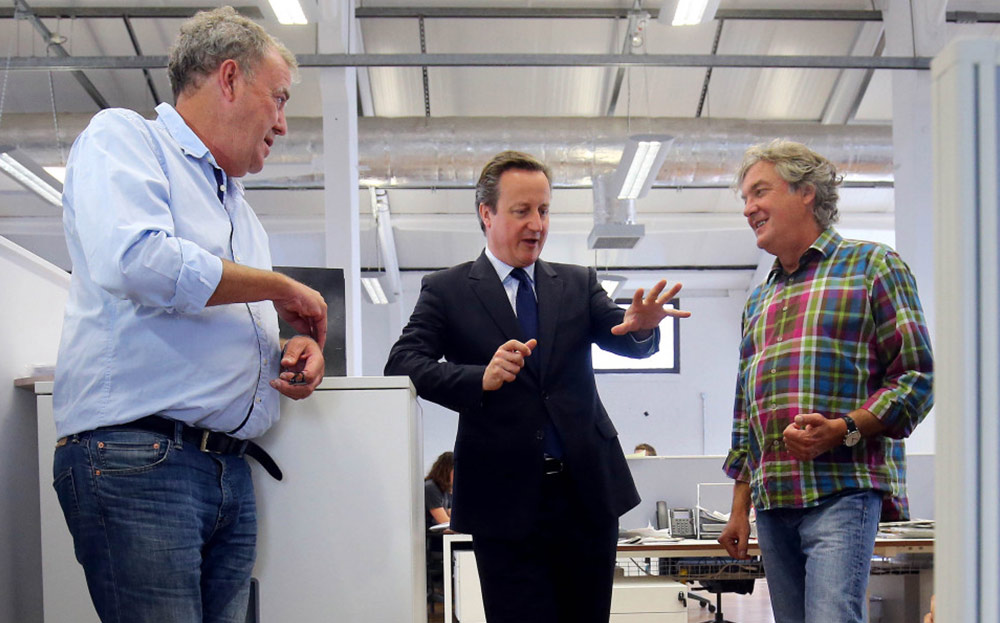 JEREMY CLARKSON and James May have become dab hands at entertaining VIP visitors to their production offices. So when David Cameron dropped in to the Grand Tour HQ, they made the prime minister tea and biscuits before lending their support to the “remain” campaign.

Clarkson told Cameron that Britain remaining in the EU is one of few issues on which he and May see eye to eye.

“James and I agree on only three things,” said Clarkson, “which is that sandwich spread is delicious, that the old Subaru Legacy Outback is a good car and that we should stay in Europe.”

Chatting over a “Stronger In” mug of tea, the PM made a gaffe by asking for the pair’s “top five Top Gear reasons for being in Europe”. Clarkson pointed out the error, prompting the Tory leader to apologise for “swearing”.

“My gut tells me I feel European and therefore I want to be in Europe for no other reason,” Clarkson said.

“If I’m honest, it’s a gut feeling to me as well,” said May. “Britain is naturally disposed, if we’re not careful, to being rather backward in its view of the world, and there are too many people that think that we’ll be all right because we’ve got the E-type Jag.”

Cameron pointed out how car makers including Toyota, Nissan, Jaguar and Ford are thriving in Britain. “They’re all expanding, they are all making more, they are all selling more, and if we were out — like America is out with a trade deal like the Americans — those manufacturers would actually face a tariff on every single car they send to Europe.”

Clarkson said his fellow presenter Richard Hammond was filming in France for the trio’s new show and was undecided on how to vote. “He is a ‘don’t know’ — he does not actually know there’s a referendum on,” the Sunday Times columnist joked.