A QUESTION over the safety of a new tablet PC holder fitted to the new Citroën C4 (and electric e-C4) resulted in an awkward moment for the French car maker at the car’s launch this week.

One of the features announced on the new model was the “Smart Pad Support Citroën”, a “world first” tablet holder that pops out from the dashboard on the passenger side allowing occupants to more easily watch a TV series or film on their iPad or Android device during a long drive.

During the live video Q&A on Tuesday, streamed to around 2,500 journalists globally,  Citroën’s top brass seemed a little lost for words when asked how this contraption would be affected by the deployment of the passenger airbag in a crash.

“Has the new C4 the same roof airbag concept introduced with the Cactus, and what happens with the airbag if you have the pad in front of you?” asked the reporter from Spain.

Product & strategy chief Laurence Hansen quickly cleared up the first part of the question — it’s not the same roof airbag as found in the C4 Cactus — though seemed a little less sure about what happens to the tablet if the airbags are deployed. After a short pause in which a member of the engineering team, sitting in the studio audience, appears to mime the answer, Hansen volunteers: “It folded.”

Vincent Cobée, Citroën brand CEO, then offers a slightly different answer: “It will go over the pad.” He added that it was a “very interesting question” and that journalists would be shown how it works when test drives are arranged.

Thatcham Research, the not-for-profit insurer-funded vehicle safety research centre, said that the new C4 had not yet been through Euro NCAP crash testing, so it’s not possible to be definitive about the safety implications of the Smart Pad Support Citroën. However, it believes Citroën would have check the device in its own crash tests, to check that airbag is able to deploy safely.

“We look forward to seeing how it does perform,” Matthew Avery, Thatcham’s director of research, told Driving.co.uk. “Going by the previous design of the C4, the passenger airbag was mounted on the top of the facia and deploys initially upwards and then unfolds towards the passenger and down over the front of the facia. 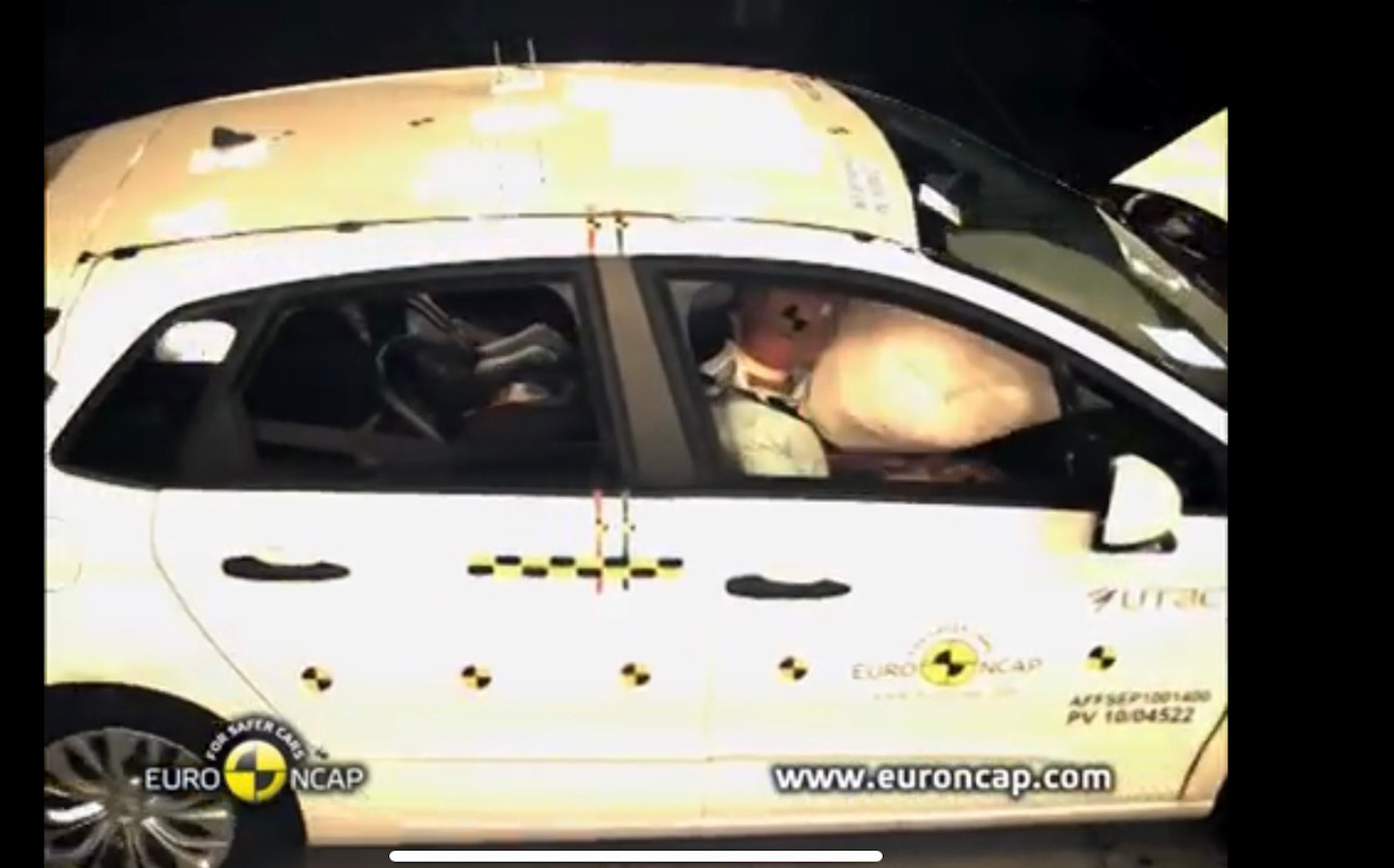 “Therefore the tablet holder isn’t a particular concern, if the airbag deploys in the same way as in the previous model.”

However, he was concerned about any accessory that encourages motorists to use tablet PCs in-car.

“Any device that could be playing media in the driver’s line of a sight will be a distraction and should be discouraged,” he said. “Thatcham Research is supportive of new car technologies, but their adoption must be enshrined in a safety-first mentality.”

He added that any holder must be able to secure devices properly in the event of a collision: “Handheld devices generally have an adverse effect on crash safety: think of a tablet hitting you at 40mph.”

A Citroën spokesperson told Driving.co.uk: “Smart Pad Support Citroën™ has been an integrated part of the interior design from the very start of the project, so it is safe for the front passenger and everyone on board. In the event of an accident, the airbag deploys above the tablet holder and the tablet remains securely fixed on its base.”