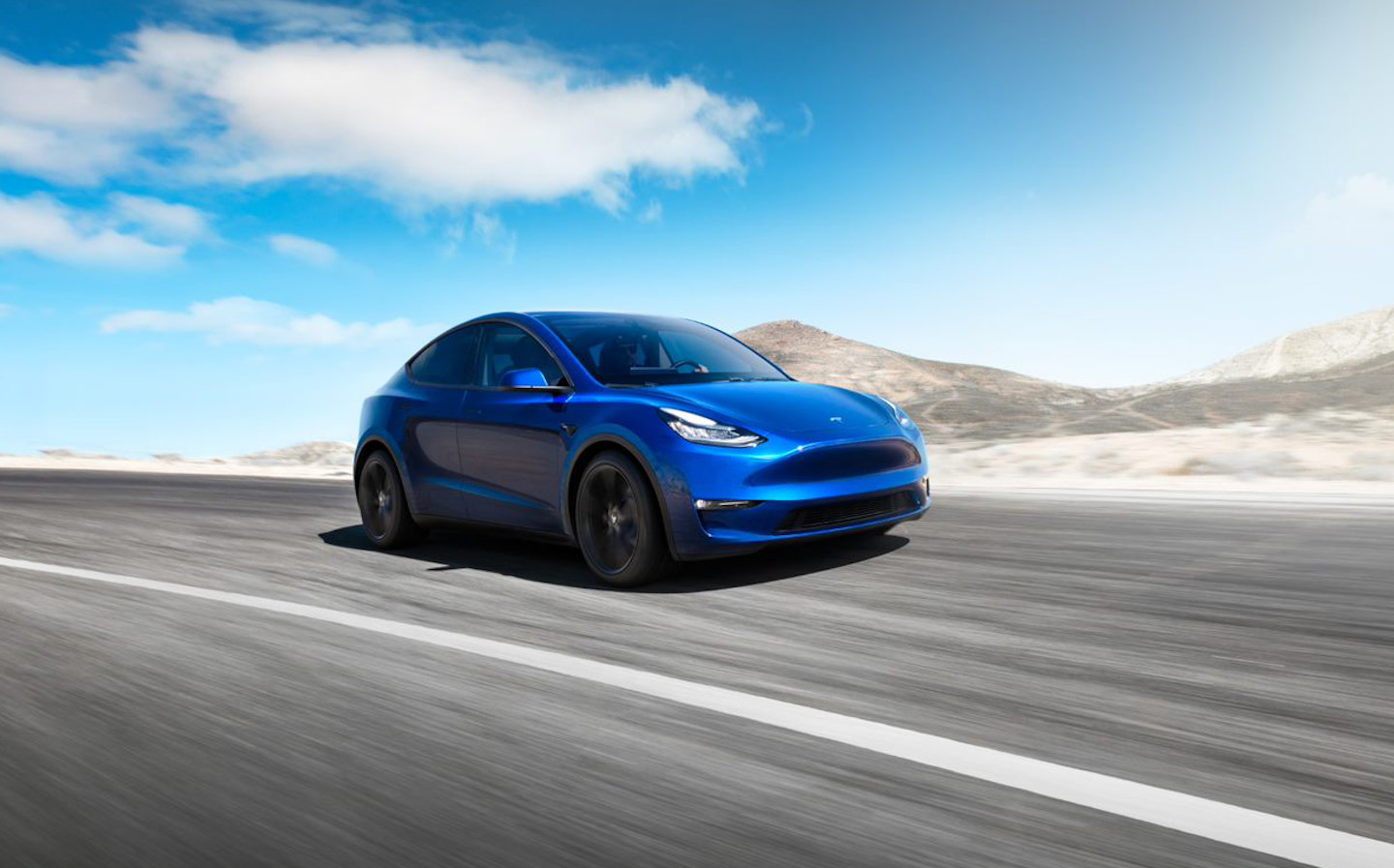 ELECTRIC car company Tesla has ranked last for reliability in American survey of more than 87,000 buyers and lessees of new cars.

The J.D. Power US Initial Quality Study, which gauges problems encountered in the first three months of ownership, included Tesla for the first time in 2020. It was separated from the other brands, however, as the Elon Musk-founded firm reportedly wouldn’t allow its customers to be surveyed in 15 of America’s 50 states, meaning that it didn’t meet the study’s ranking eligibility criteria.

However, in the 35 states where Tesla owners were surveyed, it performed poorly. The study rates cars in terms of the number of problems per hundred cars (PP100), meaning that the lower a car maker’s score, the better initial build quality its cars have (according to its customers).

Premium brands popular with Brits performed badly, coming well below the industry average of 166 PP100, according to the JD Power results. Jaguar, Mercedes, Volvo, Audi and Land Rover all had more than 190 PP100 in their first three months, putting them at the very bottom of the main chart. However, Tesla’s score is far worse than Land Rover’s: its cars were found to have 250 PP100. 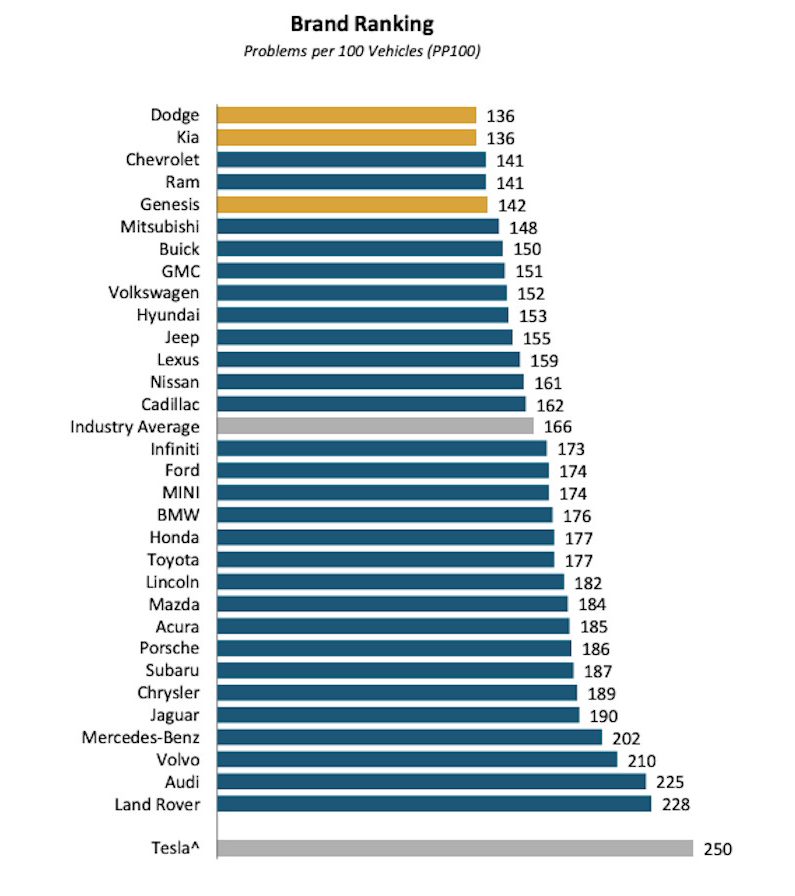 Americans are not, therefore, quick to throw home-grown brands under the bus, which perhaps makes it all the more surprising that California-based Tesla did so poorly.

Its customers are often thought of as fiercely loyal, too, with members of the Tesla Owners Club UK Facebook group often offering matter-of-fact advice for drivers with issues. This morning, one post read: “I have tried a reset but the glove compartment will not open after pressing the button…any ideas?” One response asked if the car was in Valet mode. When told it wasn’t, they followed with: “ok. That’s the ‘normal’ cause of random glove locking. Try putting it on and turning it off?” Another good samaritan wrote: “Is there something in it? Sometimes with a bit of weight or downward pressure on the door the latch isn’t man enough to disengage. Try pushing up on the door whilst pressing the release…”

The JD Power results are also surprising in that Tesla has performed well in some reliability tests this side of the Atlantic. When approached by Driving.co.uk, a spokesperson had no comment on the JD Power survey but pointed out that Tesla came fourth in the What Car? Reliability Survey 2019, with a score of 96.9%, behind only Lexus, Toyota and Suzuki.

However, the results of the US study do corroborate anecdotal reports of build quality issues. Although it would not have been included in the JD Power survey, as deliveries only began just as the survey was closing, the Tesla Model Y has been highlighted for particular problems. Some American customers reported cars with boot lids that wouldn’t close and in which the back seats were not attached properly to the frame. There were also complaints of comparatively minor paint and trim issues.

Tesla’s CEO Elon Musk sent an email to company employees at the beginning of this month which referred to the Model Y’s quality control issues. In the email he said: “It is extremely important for us to ramp up Model Y production and minimise rectification needs. I want you to know that it really makes a difference to Tesla right now.”

Update: A previous version of this article suggested issues with the Model Y might have contributed to the JD Power results. Tesla contacted us to say the J.D. Power 2020 US Initial Quality Study was conducted between February 2019 and the end of March 2020, and Model Y deliveries didn’t start until the last week in March. We’re happy to clarify this above.