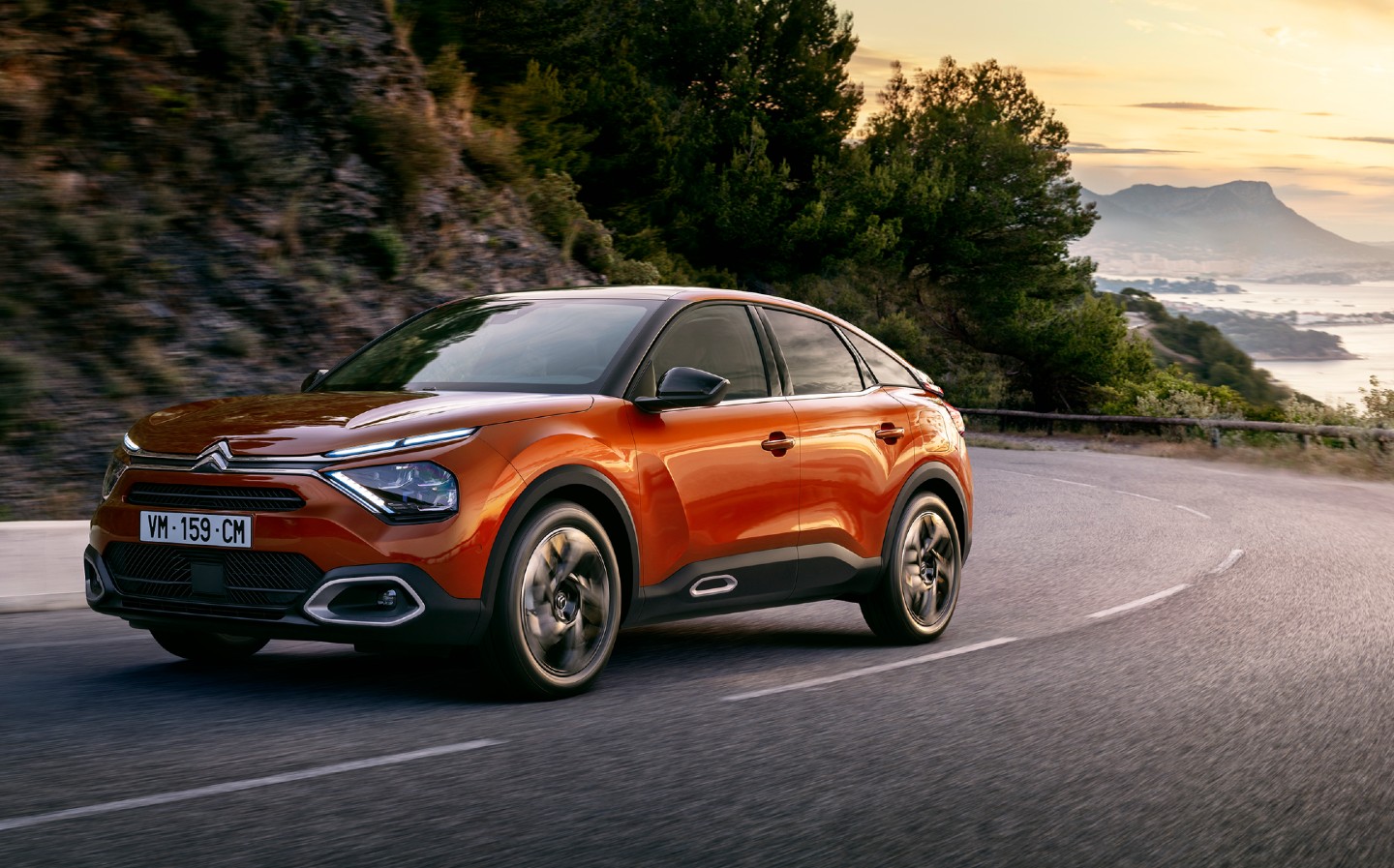 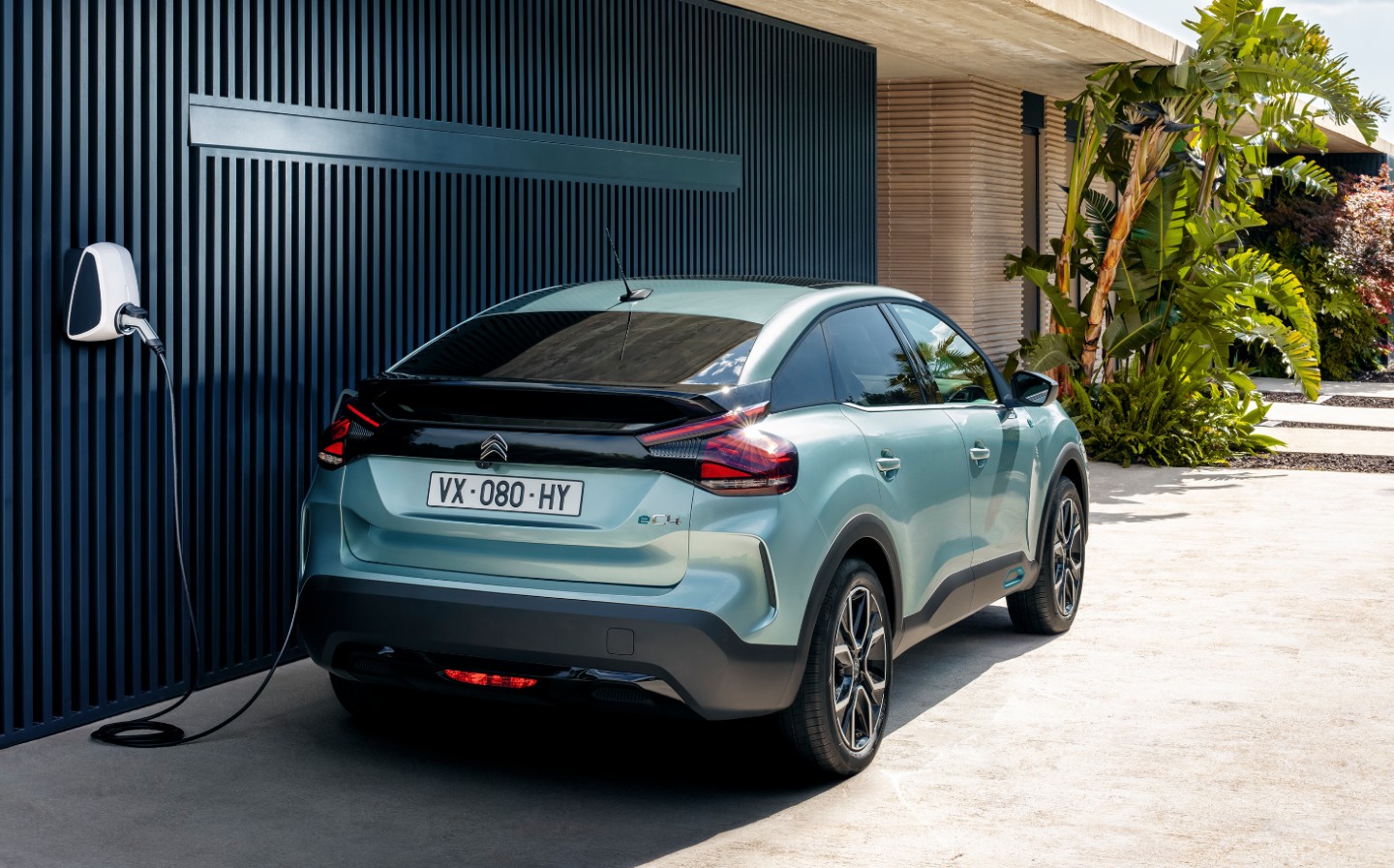 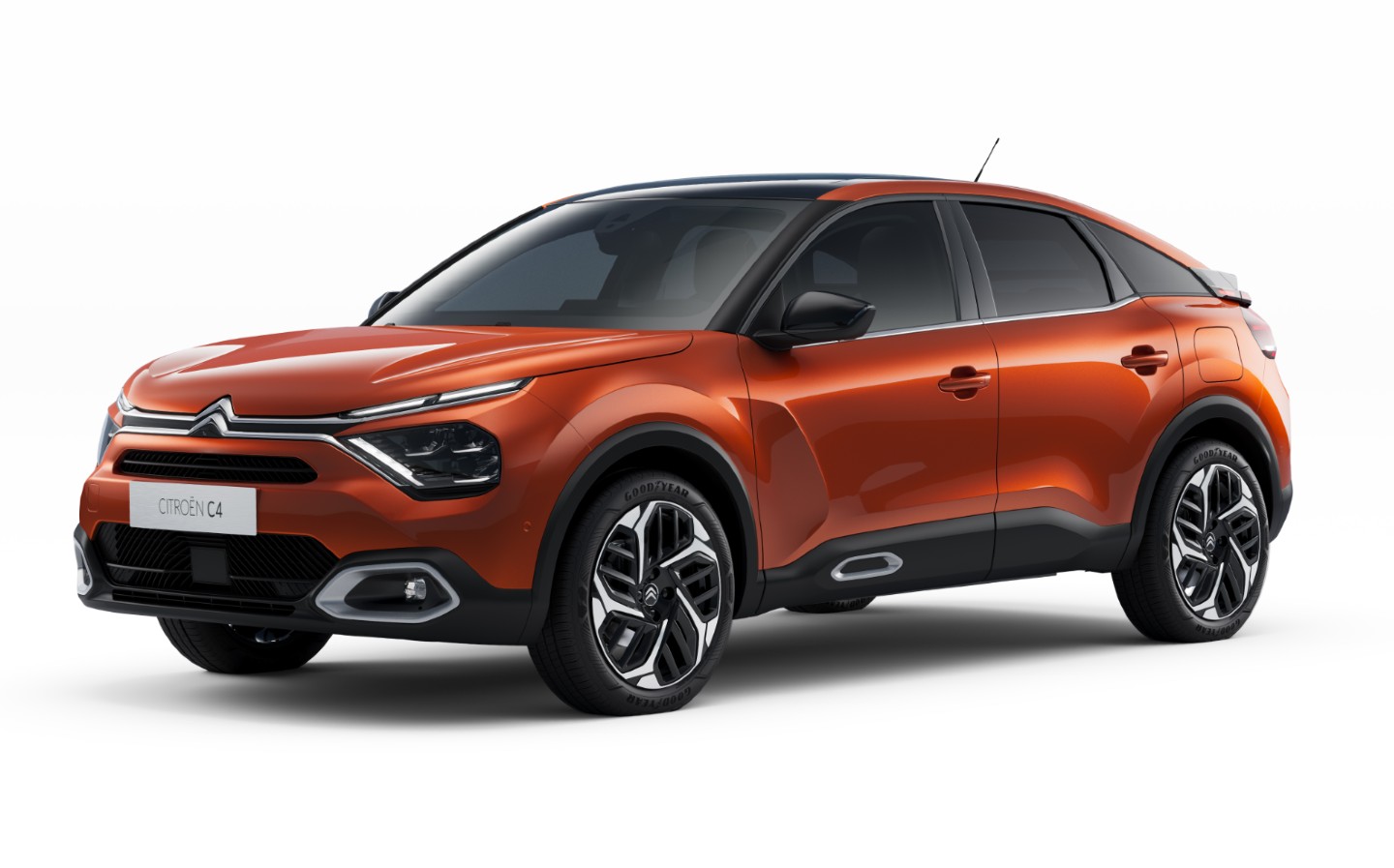 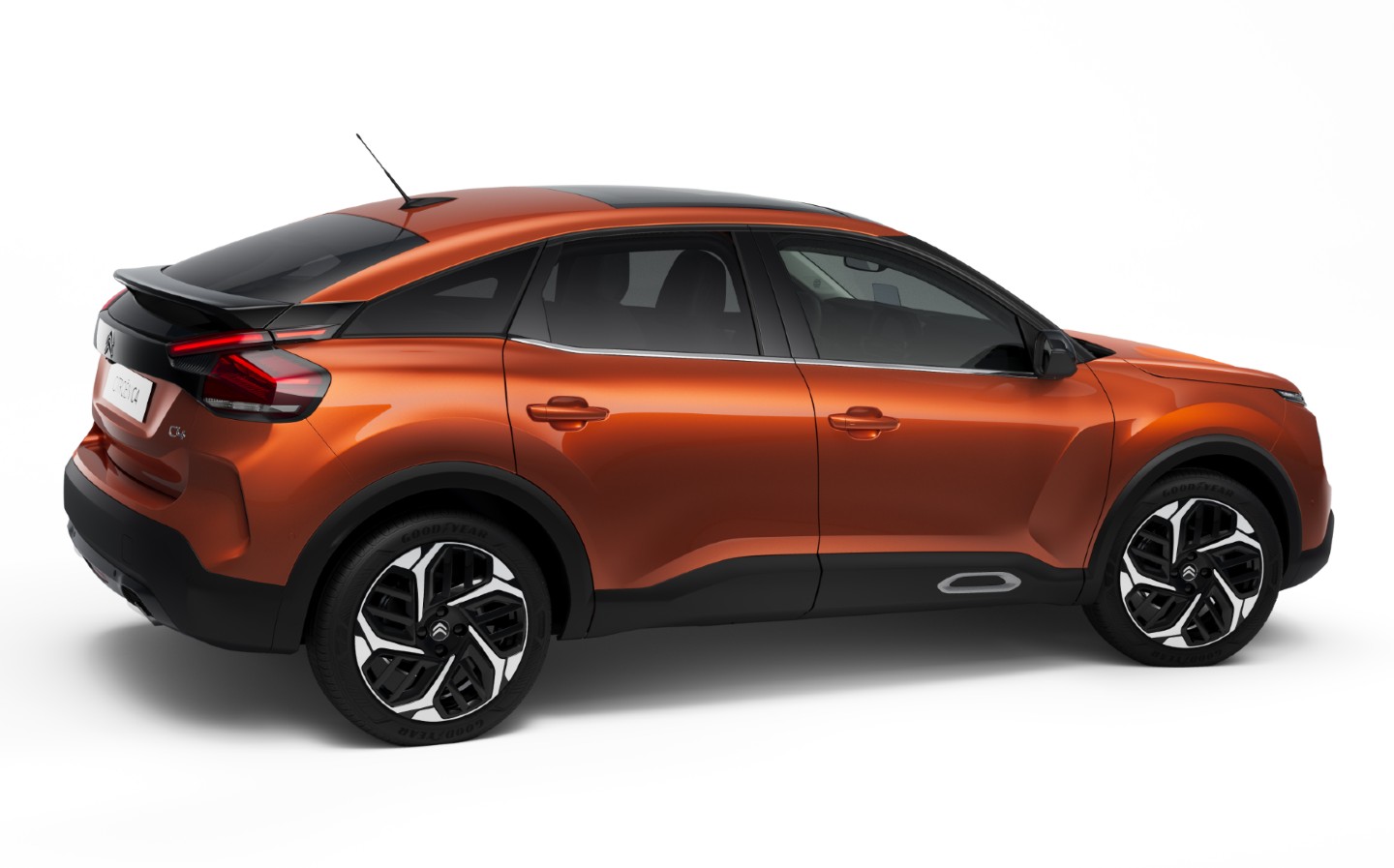 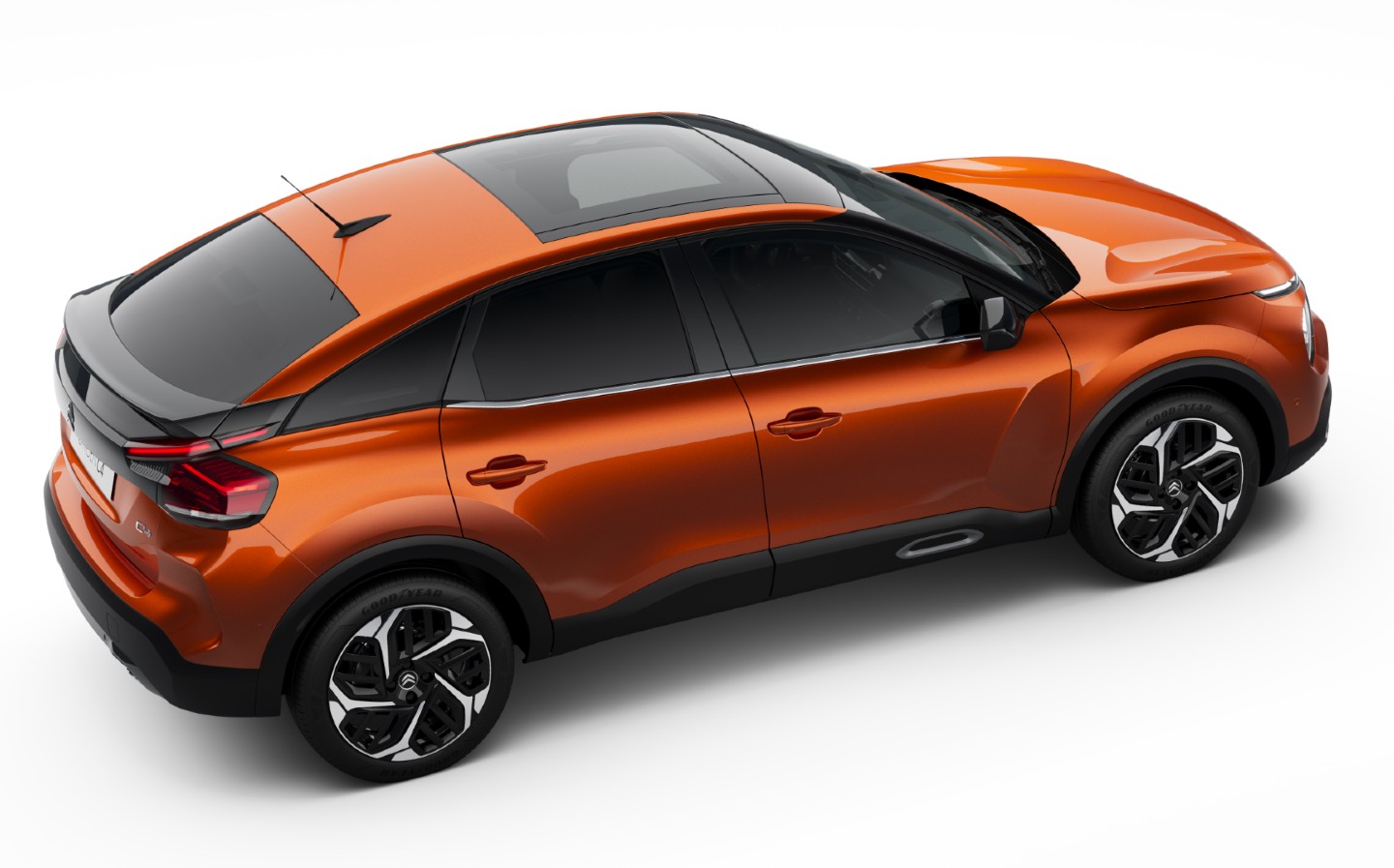 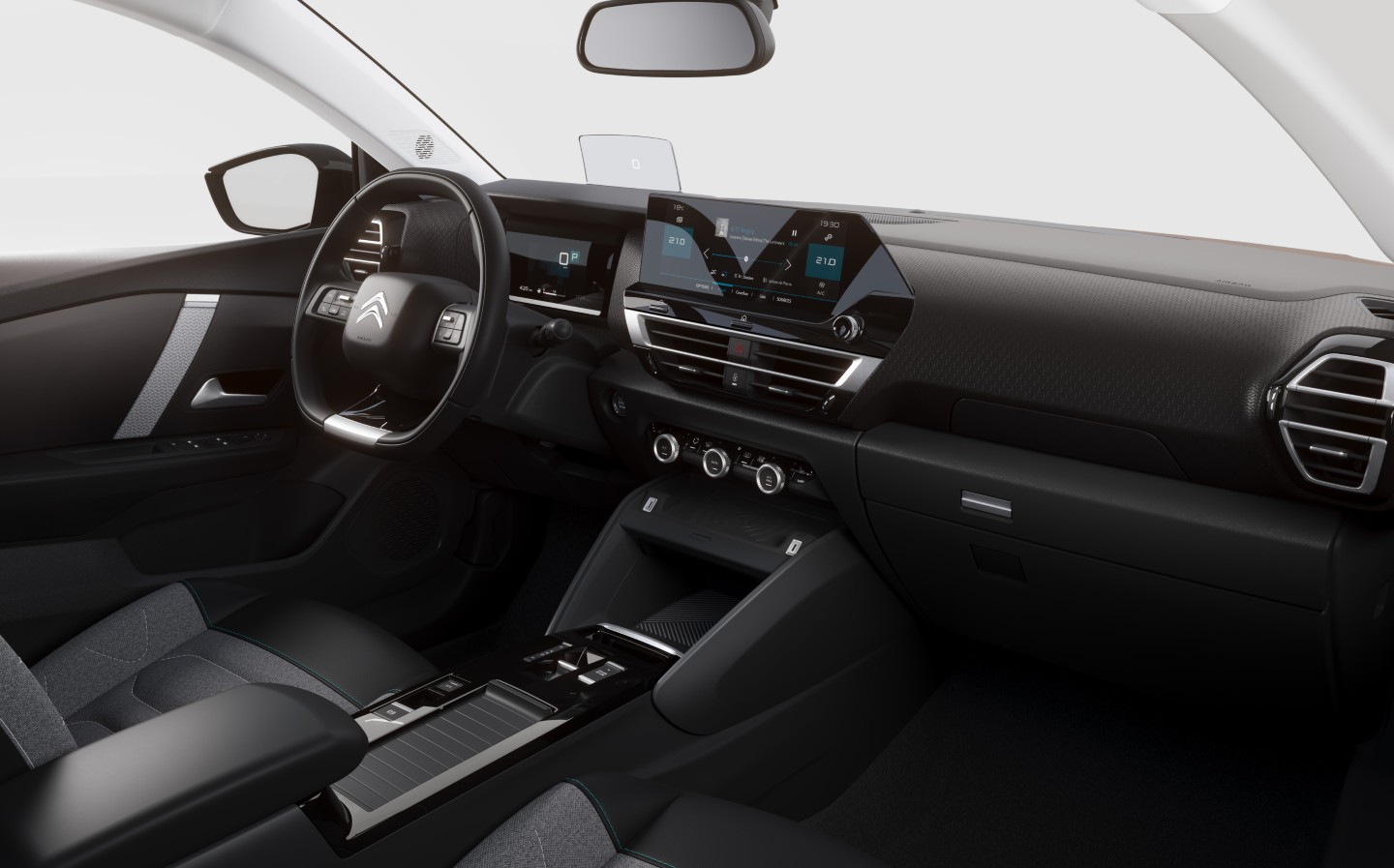 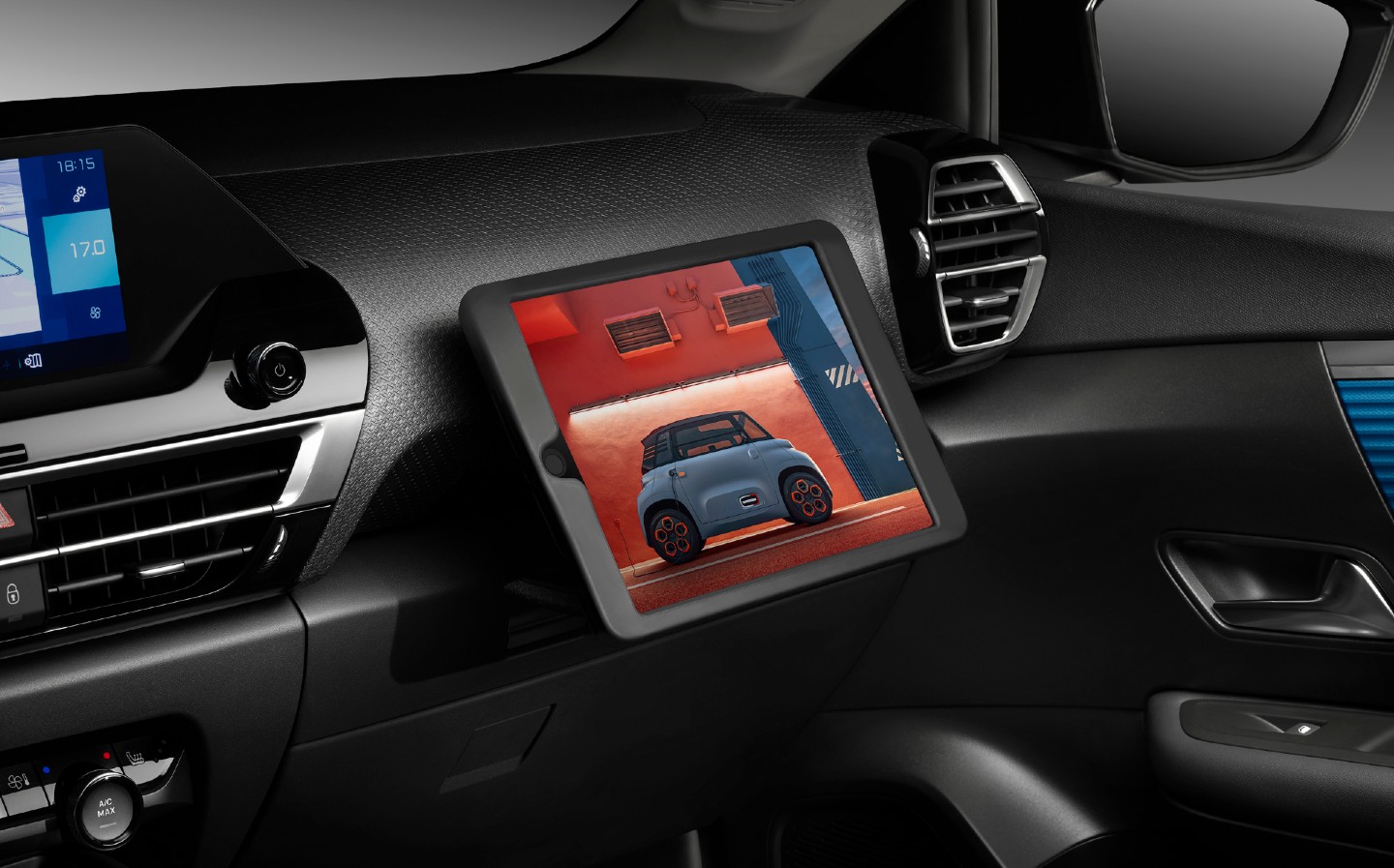 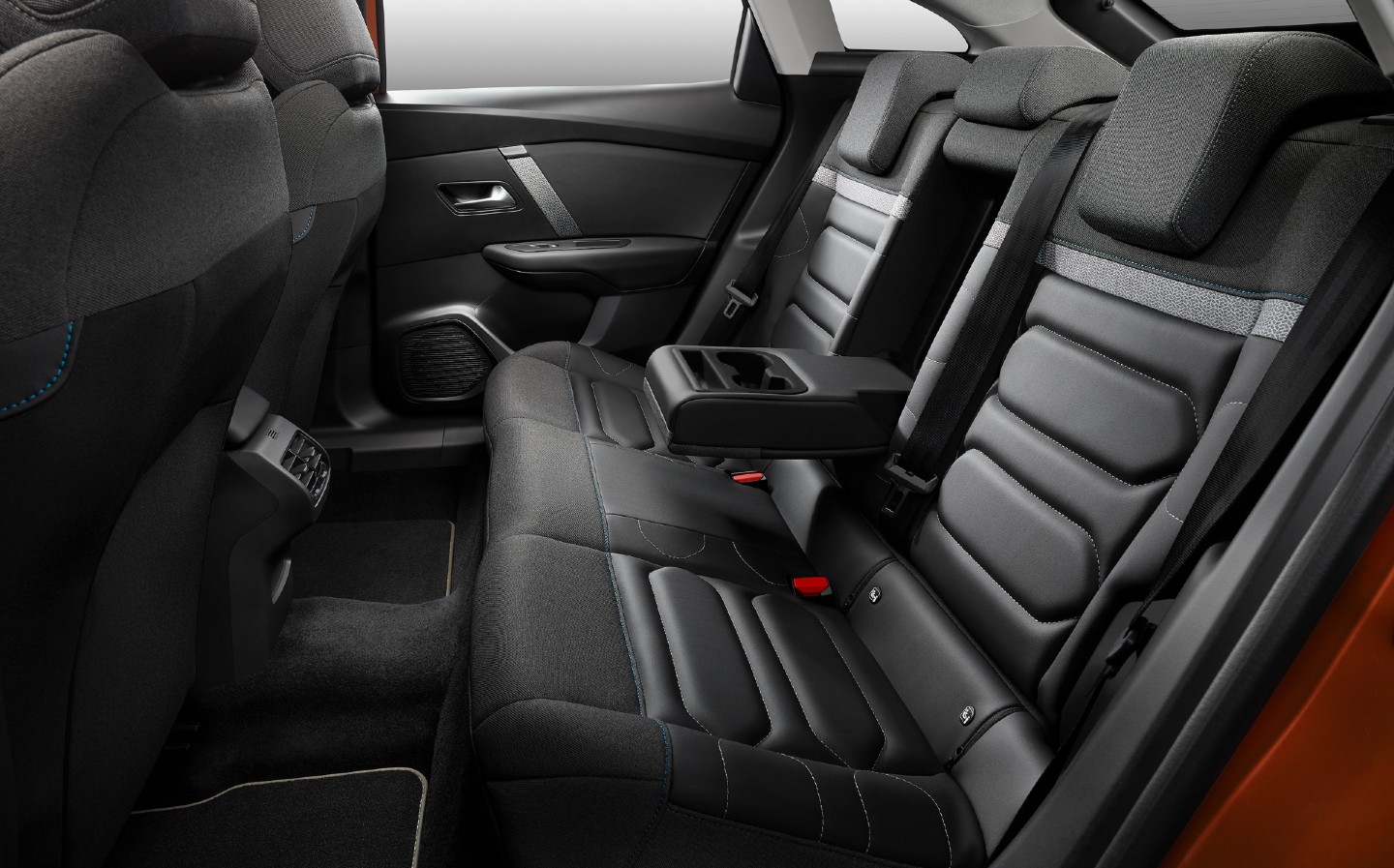 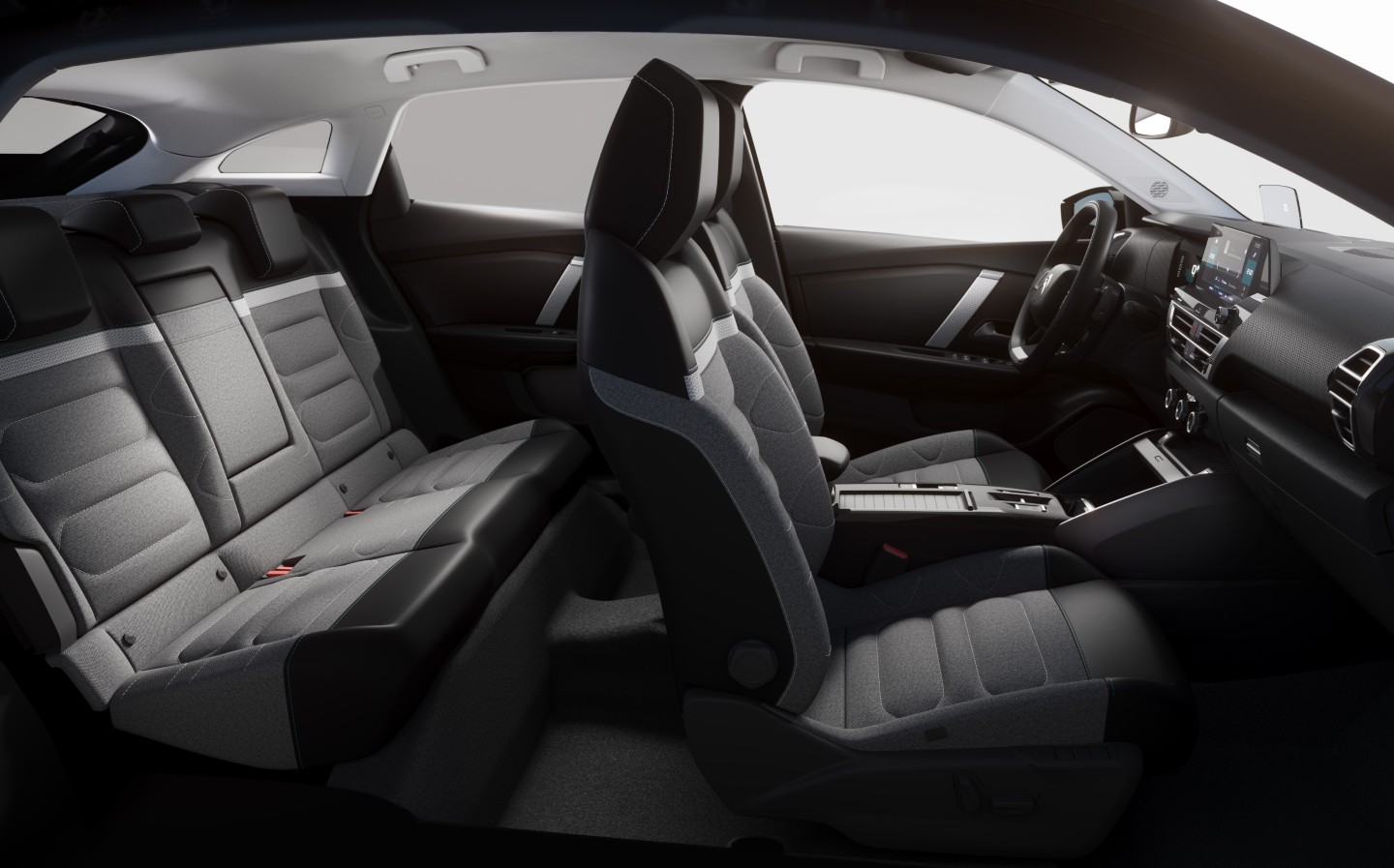 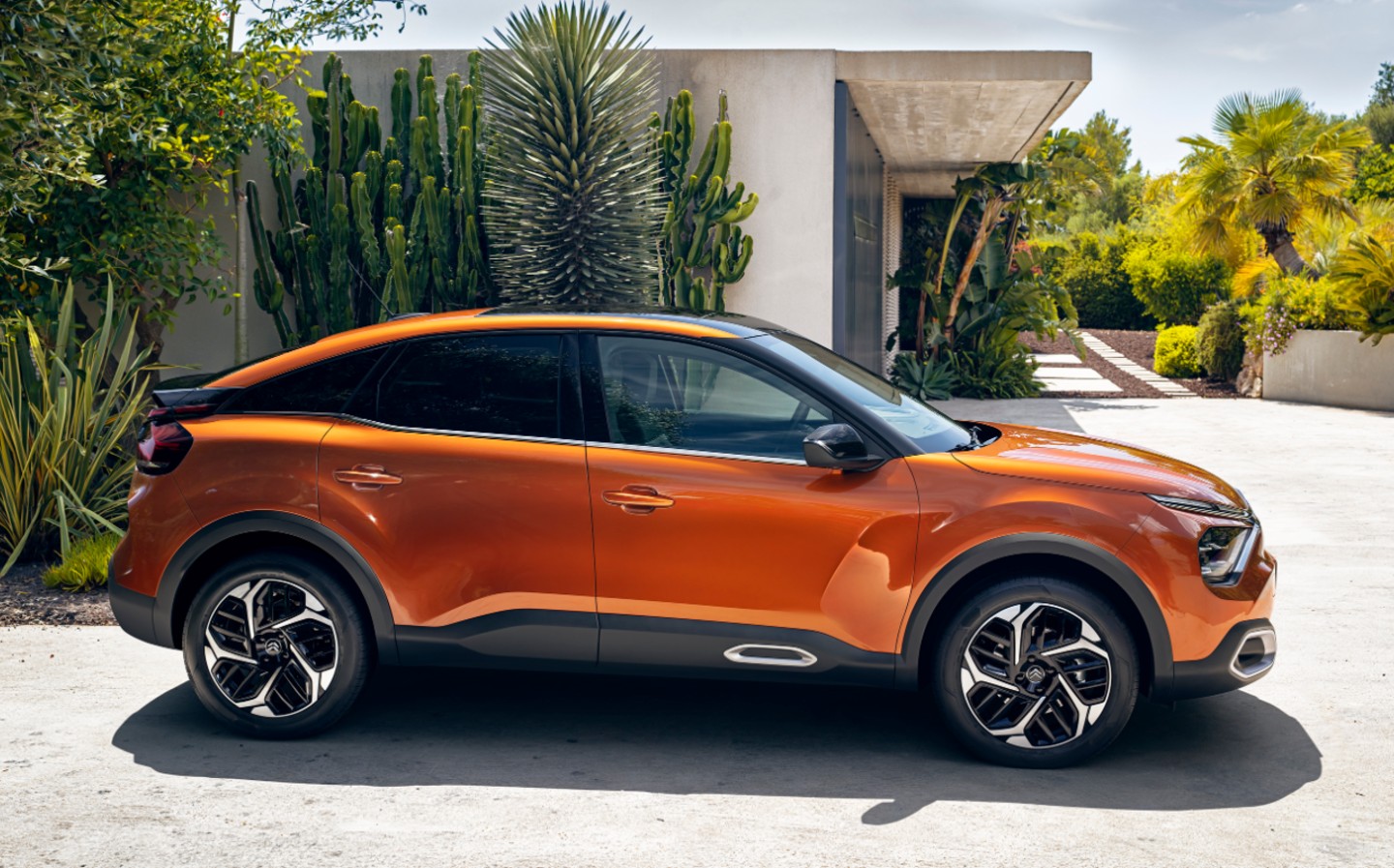 THE NEW Citroën C4 has been unveiled and the hatchback will be available for the first time with pure-electric power alongside petrol and diesel versions.

The e-C4 packs a 50kWh battery pack — funnily enough, the same capacity as the battery found in the e-208 and e-2008 electric models from sister company Peugeot — which is good for 217 miles between charges, Citroën says. That’s a little more than the e-2008 SUV but a little less than the e-208 supermini.

The electric motor also has the same output as the one used in the Peugeot models: 136bhp and 192 lb ft of torque. Stick the e-C4 in Sport mode and 0-62mph takes 9.7 seconds, according to Citroën, and the car goes on to a top speed of 93mph — a speed that’s not likely to win a hand of Top Trumps but is more than enough to get you in trouble with the law, and we found the Peugeots offered sprightly acceleration, especially at low speed.

What makes the e-C4 stand out from the hatchback crowd is more of an emphasis on comfort. Suspension with “Progressive Hydraulic Cushions”, as found on the C4 Cactus and C5 Aircross SUV, help smooth out bumps for a “magic carpet ride” effect. Citroen says it filed 20 patents while developing it. It also has a raised, SUV-like stance for a decent view ahead.

Inside, space is optimised thanks to what Citroën claims is the longest wheelbase (the distance between the front and rear axles) in the C4’s segment, resulting in class-leading rear knee room, while three people can sit comfortably side-by-side in the rear, the company says.

Armchair-like “wide and welcoming seats” offer further comfort, with 15mm thicker cushions, lumbar adjustment and an optional massage function for the front passengers. Seats can be heated front and rear, and rear passengers get air vents, too while an electric panoramic glass roof lets more light in back there.

The French company has also thought hard about storage and other practical features for passengers on long journeys, including a tablet holder called the Smart Pad Support Citroën, which is built into the dashboard and retracts when not in use. There are two dedicated shells, designed for the Apple iPad Air 2 and Samsung Tab A 10.5’’, or a universal shell for other models.

The main infotainment system is operated via a 10in touchscreen with voice recognition, and both Apple CarPlay and Android Auto are supported. The new C4 models will also include wireless charging pads for smartphones.

Citroën is offering customers a “one-stop-shop” solution for home charging with wallbox installation as part of the package. An 11kW 32-amp charger can be rented or bought outright offering a fast recharge in just 7.5 hours, or even five hours if you plump for the optional “three-phase” version. A more affordable 16amp unit will do the job in 15 hours.

The e-C4 will also take a rapid charge. Find a 100kW public charging point and the battery pack can be filled to 80% in 30 minutes, at a rate of up to 6.2 miles per minute.

Anyone worrying about damage done by charge cycles may be reassured by Citroen’s guarantee that after eight-years or 100,000 miles, the battery will still have at least 70% of its charge capacity remaining (around 152 miles).