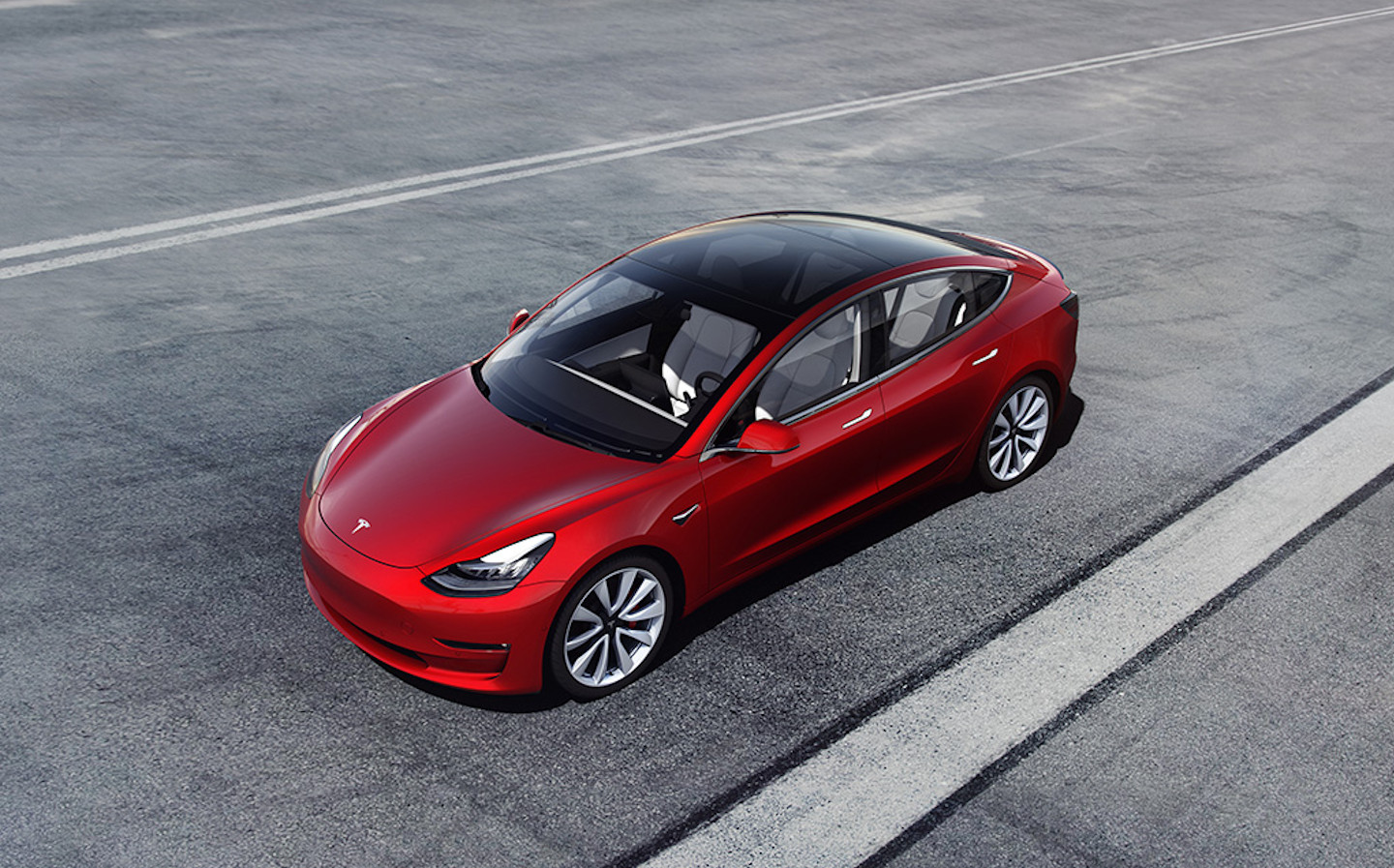 THE ELECTRIC Tesla Model 3 was the UK’s best-selling new car in September, according to the latest official figures, with more registrations last month than affordable models from the likes of Nissan, Toyota and Vauxhall.

The Society of Motor Manufacturers and Traders (SMMT) said 6,879 Model 3s were registered last month, putting it ahead of the Vauxhall Corsa supermini, with 5,235 registrations. That’s despite prices for the Tesla saloon starting at just over £40,000 — more than twice as much as the entry-level Corsa.

The Tesla Model 3 has topped the sales charts before, in April 2020, though that was during a disastrous time for the UK car market, as Covid-19 lockdown brought almost all sales to a halt.

Experts believe there are a number of factors that have resulted in the Model 3 returning to the top of the sales charts, including continued disruption of supply due to a global shortage of semiconductor computer chips and infrequent shipments of Teslas from the factories to the UK.

However, electric vehicles have seen accelerating demand over the past couple of years, and according to analysis by WhatCar? the shortages of petrol and diesel at the pumps in recent weeks have caused a spike in interest in plug-in vehicles. In a survey of 1,186 car buyers, 23% said the fuel shortage has made them more likely to consider an electric or hybrid vehicle as their next car.

The SMMT figures for September showed a dramatic rise in sales of pure-electric cars (also known as battery-electric vehicles, or BEVs) and plug-in hybrids (PHEVs), and another significant drop in sales of diesel cars.

Diesel and petrol vehicle sales fell by 77.3% and 46.6%, respectively compared to September 2020, with other forms of hybrid vehicles also showing significant declines. 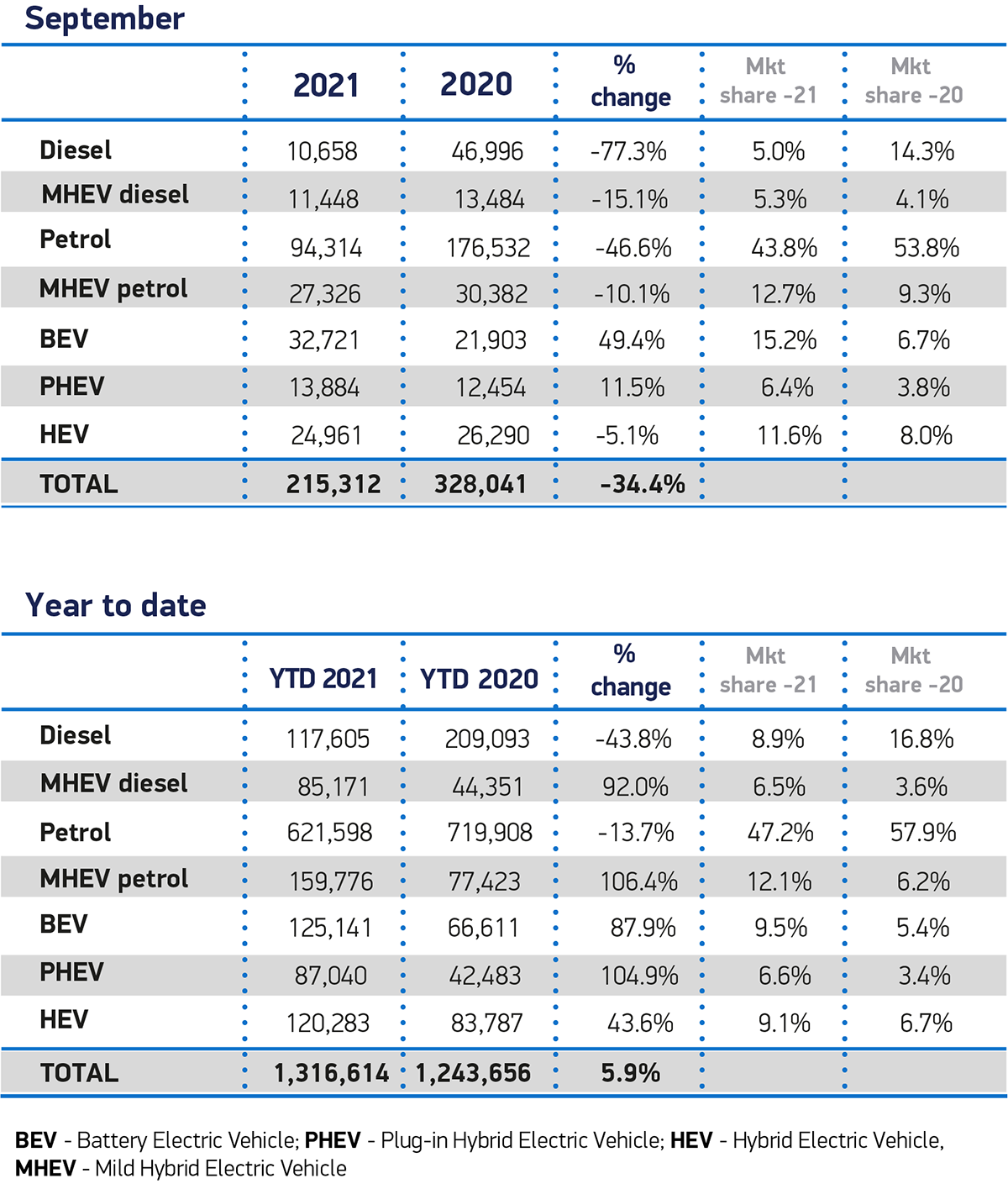 Car sales overall remain depressed, partly as a result of the global semiconductor shortage that has caused many production lines to grind to a halt and created significant supply-chain delays in the delivery of new cars.

The 215,312 new cars registered in September — normally the second-busiest month of the year thanks to the introduction of new-designation number plates — is still down by 34.4% compared with the same period in 2020, despite sales a year ago being hugely depressed as a result of the coronavirus pandemic. Last month represents the worst September sales performance since 1998.

According to the SMMT’s chief executive, Mike Hawes: “Despite strong demand for new vehicles over the summer, three successive months have been hit by stalled supply due to reduced semiconductor availability, especially from Asia.”

The pandemic and the comparative lack of new cars for immediate delivery has driven up the demand for — and, subsequently, price of — second-hand cars. Data released by Auto Trader in August showed a 15.2% rise in prices on like-for-like used models compared to 2020.

According to Hawes, the current supply crisis shows no sign of letting-up: “Car makers and their suppliers are battling to keep production lines rolling, with constraints expected to continue well into 2022 and possibly beyond.” 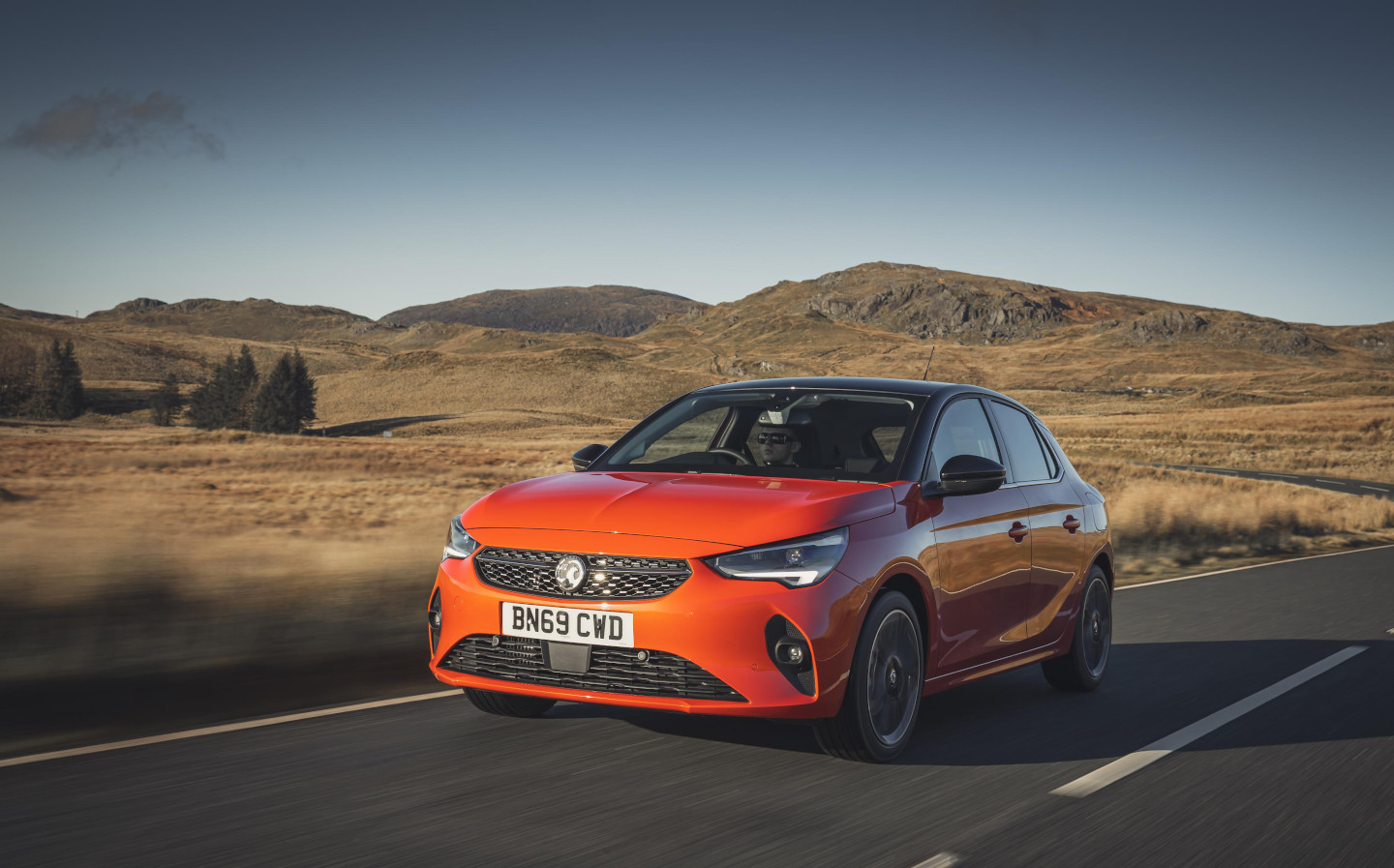