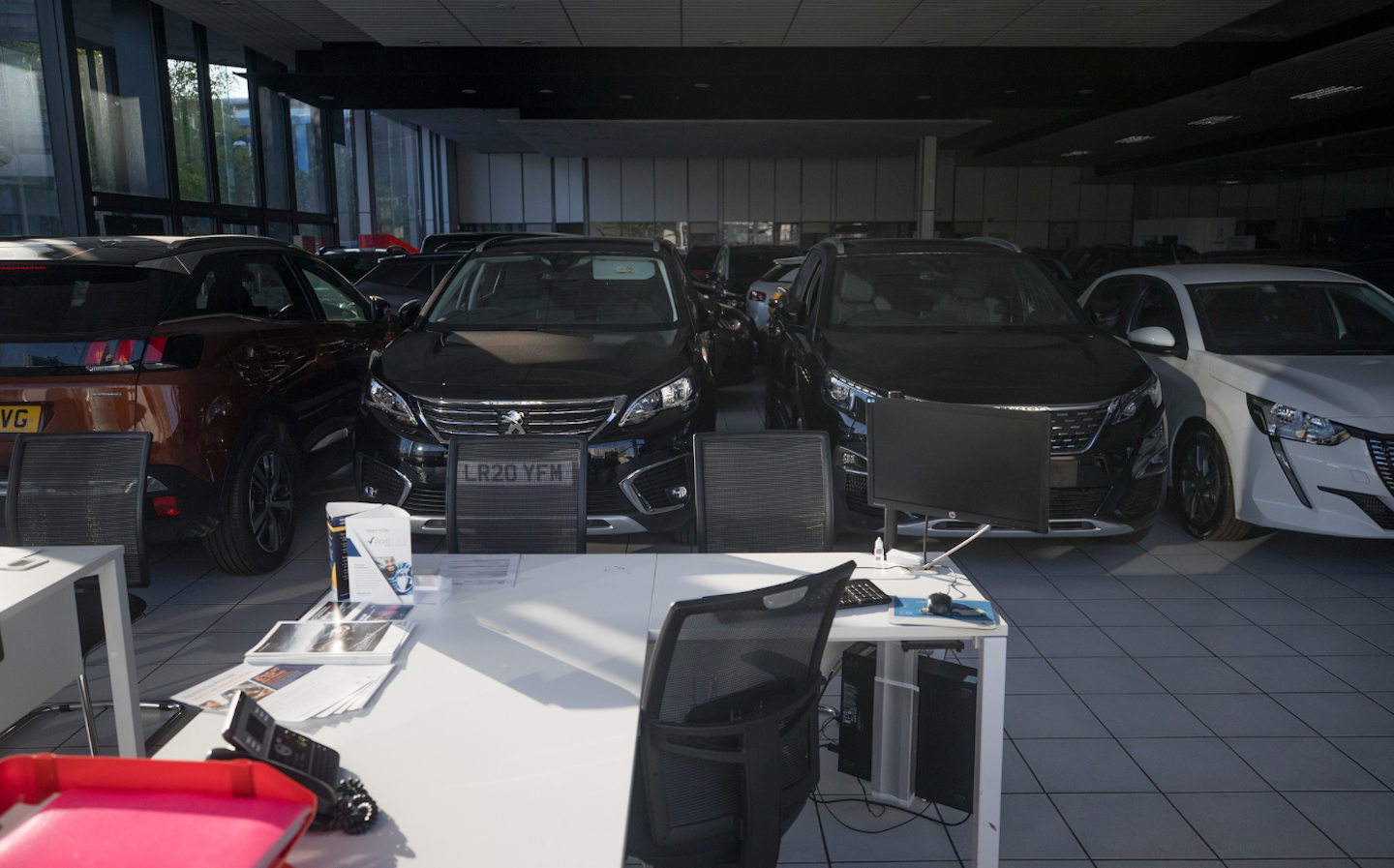 SALES of new cars in April fell by 97.3% compared to the same month last year, according to new figures from the Society for Motor Manufacturers and Traders (SMMT).

The figures, while dramatic, will come as little surprise given the ongoing coronavirus crisis, which forced all dealerships to keep their doors shut for the entirety of the month. A small number of key workers received new deliveries — there were 871 private registrations recorded in the month — though company car orders made up the majority of sales with 4,321 new cars registered in total. That compares with 161,064 for Aprile 2019.

March had seen a significant decrease in the number of new cars bought, with a 44.4% fall in registrations, but this was mitigated by the lockdown not being enforced until the end of the month. In the same month Italy, which enforced lockdown approximately two weeks before the UK, saw its sales fall by 85%. That figure dropped even further this month, to 97.5%.

The industry will now look to Italy as an example of people’s car buying habits after lockdown. Commentators have speculated that more people may invest in a car in order to ensure social distance when commuting.

Interestingly, while sales of diesel, petrol and hybrids all fell by more than 94%, registrations of pure-electric (or battery electric) vehicles remained comparatively steady, falling only 9.7%. In fact, pure-electric cars outsold both diesel and petrol vehicles. The SMMT put this down to deliveries of pre-ordered new models being fulfilled.

The best selling model of the month was the Tesla Model 3. The base model, which has rear-wheel drive and a 254-mile range (on the official WLTP test), costs £40,490, with the long-range all wheel drive model costing £6.5k more and adding 94 miles to the car’s range. A total of 658 Model 3s were sold in April.

The maintained registrations of electric cars comes after the government announced sales of new petrol and diesel cars will be banned from 2035, or 2032 subject to consultation.

Mike Hawes, SMMT chief executive, said: “With the UK’s showrooms closed for the whole of April, the market’s worst performance in living memory is hardly surprising. These figures, however, still make for exceptionally grim reading, not least for the hundreds of thousands of people whose livelihoods depend on the sector.

“A strong new car market supports a healthy economy and as Britain starts to plan for recovery, we need car retail to be in the vanguard. Safely restarting this most critical sector and revitalising what will, inevitably, be subdued demand will be key to unlocking manufacturing and accelerating the UK’s economic regeneration.”

James Fairclough, CEO of AA cars, said that the predicted interest in cars as social distancing tools would have to be balanced against the economic impact of the pandemic. He also predicted that there would be calls for the government to provide incentives:

“The industry’s eyes are firmly on the Government’s next move, with dealers watching closely for any sign of an easing of the restrictions or further support for businesses forced to close.

“The big question is what will demand from consumers be like when dealerships are allowed to reopen? Various commentators have questioned whether some of those who usually commute by public transport may be planning to buy a car for when they return to work so they can continue social distancing.

“For other consumers, a new car purchase will now understandably be much lower down on their priority list – especially for those struggling with direct economic consequences of the pandemic, or those with reduced job security.

“Down the line, there are likely to be calls for the Government to offer additional incentives to get people buying new cars again. This stimulus could be combined with the UK’s Carbon Zero goals, and some in the industry believe we could see a scrappage scheme which simultaneously incentivises the take-up of environmentally-friendly vehicles.”

Karen Hilton, chief commercial officer at heycar, said that her sales platform had experienced increased traffic, with people researching the purchase of their next car: “We are seeing evidence that lockdown is creating a surge in interest among motorists while they are confined to their homes — with more and more browsing online and researching their next vehicle.

“Lockdown has also given people time to reflect on their way of life and we wouldn’t be surprised to see them increasingly opting for the safety and solitude of their vehicles post-lockdown rather than crowded buses or trains.”

Alex Buttle, director of Motorway.co.uk, said: “Rather than dwelling on these woeful April figures, it’s more important to address the future and what realities the car market is going to face when full production resumes.

“It’s not just the economic landscape that is going to look different when restrictions are lifted. The way people go about their day to day business is going to change forever, and car dealers, as indeed all businesses, will need to adapt.

“Social distancing measures are likely to be a part of our lives for some time, and even with restrictions eased, new car dealerships will need to adapt to offer a more contact-free experience for customers.

“We expect to see an acceleration in digital car sales with manufacturers giving customers better tools to build and view cars online without having to physically visit a showroom.

“Although it’s unlikely manufacturers will be able to offer huge price drops, we can expect to see a range of incentives being offered to customers to encourage them to buy new cars again.

“The industry is well aware it can’t stick its head in the sand — it will need to accept the new realities of a post-coronavirus Britain. The trading environment for new cars will be tough for a while.”