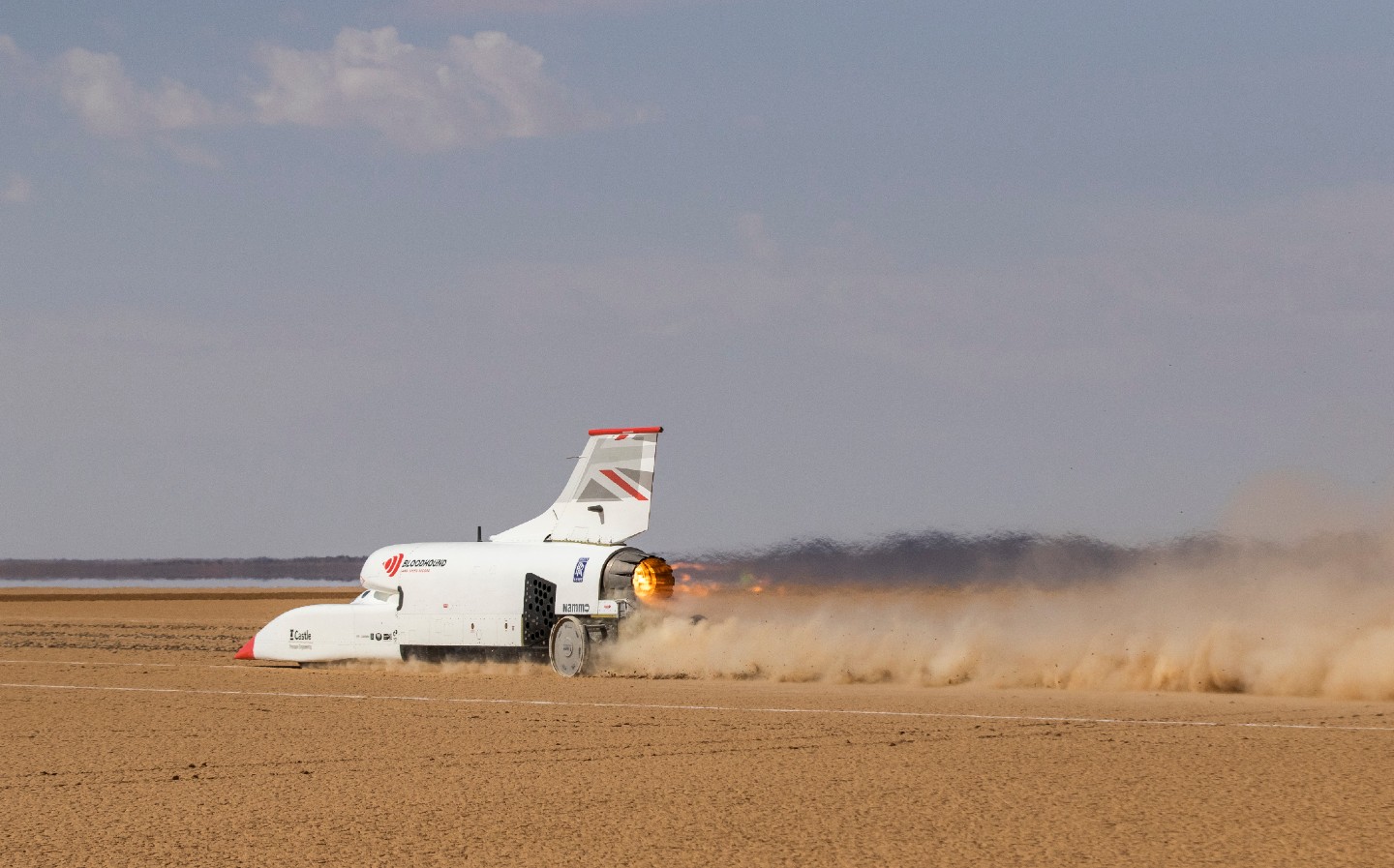 THE BLOODHOUND Land Speed Record project is seeking a new owner in a last-ditch attempt to save the 800mph endeavour.

The project, which was conceived in 2008 but has suffered from delays and was rescued from bankruptcy by a private investor at the end of 2018, has been hobbled yet again by the coronavirus pandemic and failed to find the sponsors required to break the world land speed record set by Thrust SSC in 1997.

“This is the last chance to save Bloodhound,” representatives of the project said in a press release.

Ian Warhurst, CEO and owner of Bloodhound LSR, rescued the supersonic car project from the brink at the end of 2018 for an undisclosed sum, but is now stepping aside due to the effect of the ongoing pandemic on the current economic climate.

“When I committed to take the car high speed testing in 2019, I allocated enough funding to achieve this goal on the basis that alternative funding would then allow us to continue to the record attempts,” Warhust said.

“Along with many other things, the global pandemic wrecked this opportunity in 2020 which has left the project unfunded and delayed by a further 12 months. At this stage, in absence of further, immediate funding, the only options remaining are to close down the programme or put the project up for sale to allow me to pass on the baton and allow the team to continue.

“This gives someone with the right passion and available funding to effectively swoop in at the last minute and take the prize. I will, of course, be cheering from the side-lines when Bloodhound smashes through 800mph.”

In 2019, the team went to South Africa in order to carry out high-speed testing of the land speed record car using its jet engine, and reached speeds of 628mph, corroborating the predictions made by computer modelling prior to the test — and in doing so, proving that the car has record-breaking capability. 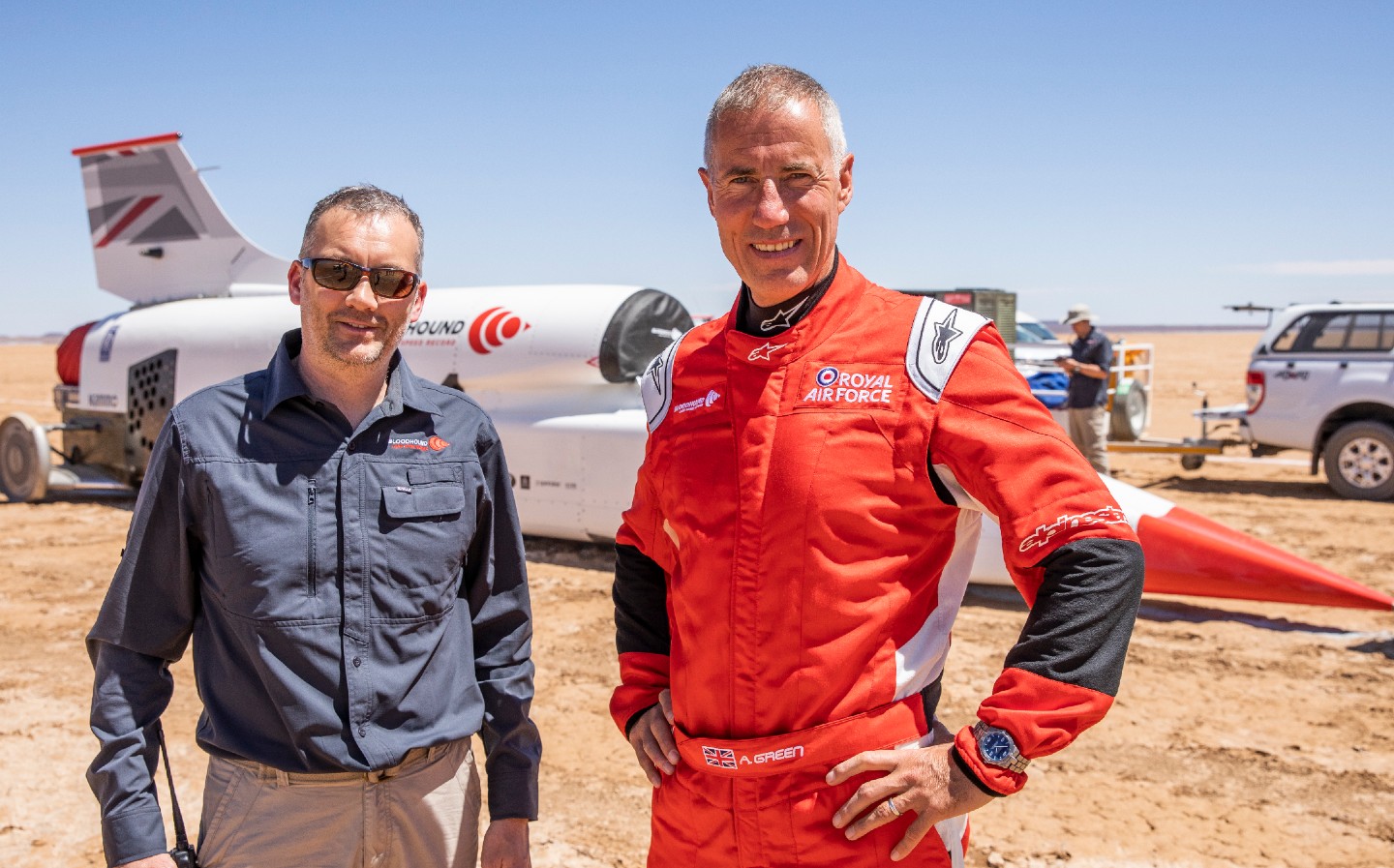 However, £8m is now needed to complete installation of a Nammo monopropellant rocket, which would enable the Bloodhound to reach speeds of more than 800mph, then complete the record run on a specially-prepared stretch of desert floor in South Africa. The power from the rocket will augment a Rolls-Royce EJ200 jet engine, which produces 54,000 thrust horsepower — roughly equivalent to the output of 360 family cars.

After achieving that milestone, the team plans to assess the viability of performance enhancements that would push the vehicle’s top speed capability above 1000mph.

Despite the significant initial outlay, Grafton LSR Ltd, the company that owns Bloodhound, says that the project is a “unique” investment that is expected to recoup significant amounts of money through sponsorship and rights deals.

If Grafton fails to garner sufficient funding, it said its only alternative would be to put Bloodhound LSR into long-term storage.

The current land speed record set by Thrust SSC is 763mph. Andy Green, now 58 years old, piloted Thrust SSC 24 years ago and is attempting to break his own record with Bloodhound LSR.

“In my opinion, the Bloodhound team has built the best Land Speed Record Car ever,” Green said.

“We’re now raring to get to 800 mph+, to showcase this technical marvel and to invite a global audience to join in an incredibly exciting adventure. After the horrible 2020 pandemic year we have all just experienced, the world needs a good news story, and Bloodhound is ready to deliver it.”

– After reading about the Bloodhound land speed record project being ut up for sale, you might want to read Driving.co.uk’s exclusive interview with Bloodhound owner Ian Warhurst from 2019.
– We also conducted a Q&A with land speed record holder and Bloodhound pilot, Wing Commander Andy Green.
– For an illustration of just how fast the Bloodhound is, you can watch a video of the relative acceleration of the Land Speed Record car, an F1 car, a Bugatti Chiron, and a small family car.