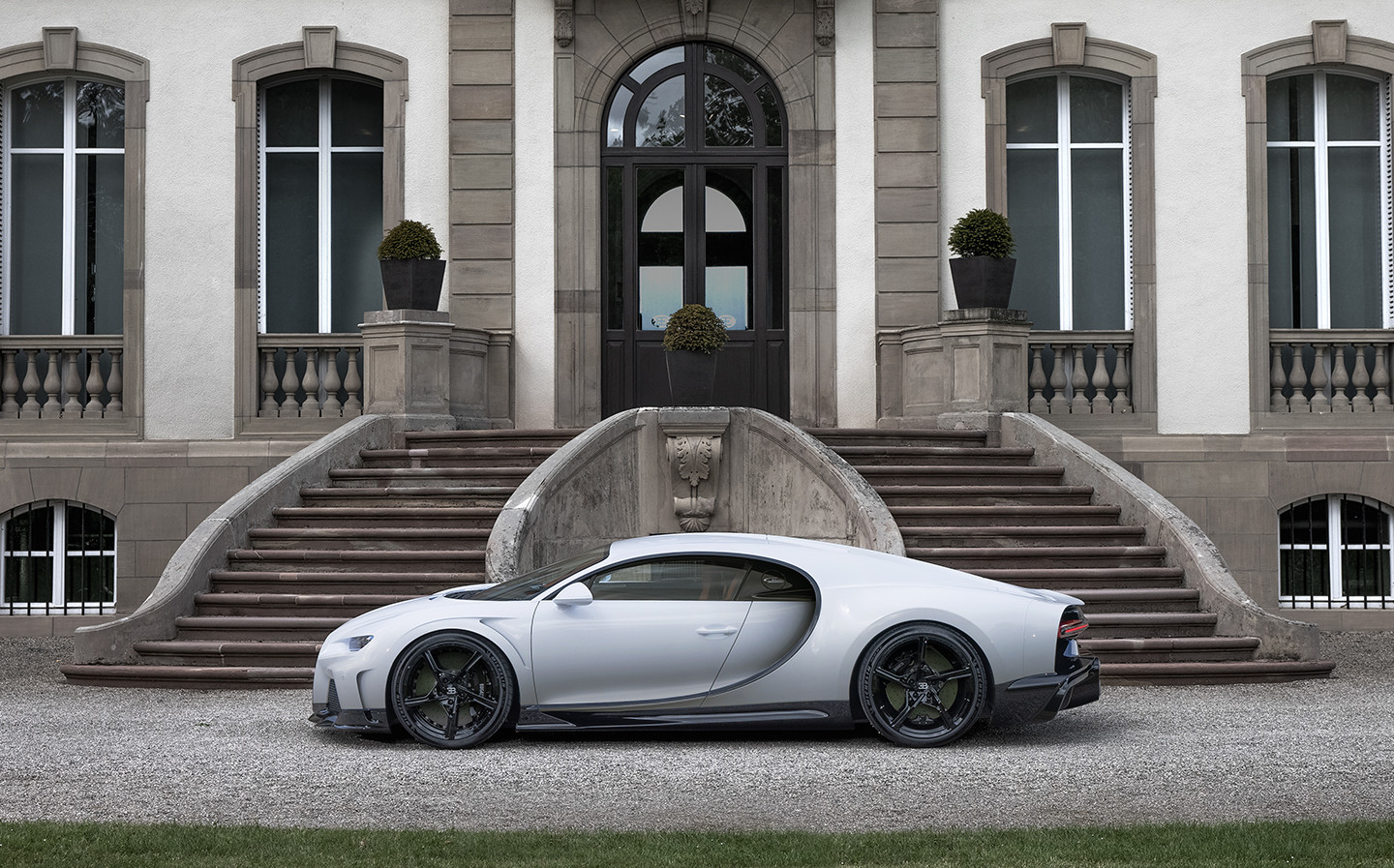 BUGATTI has revealed the latest in its storied line of hyper-performance Super Sport cars — the Chiron Super Sport, which comes with a claimed 273mph top speed, a 0-126mph time of 5.8 seconds and a number of engine, styling and chassis upgrades.

Pulling inspiration from classic models including the Type 55 SuperSport and the EB 110 Super Sport, while squeezing extra performance out of the Chiron’s mammoth W16 engine and tweaking the car’s silhouette for better aerodynamics, the SuperSport follows a “long-standing tradition of combining top speed with absolute luxury,” according to Bugatti President Stephan Winkelmann. 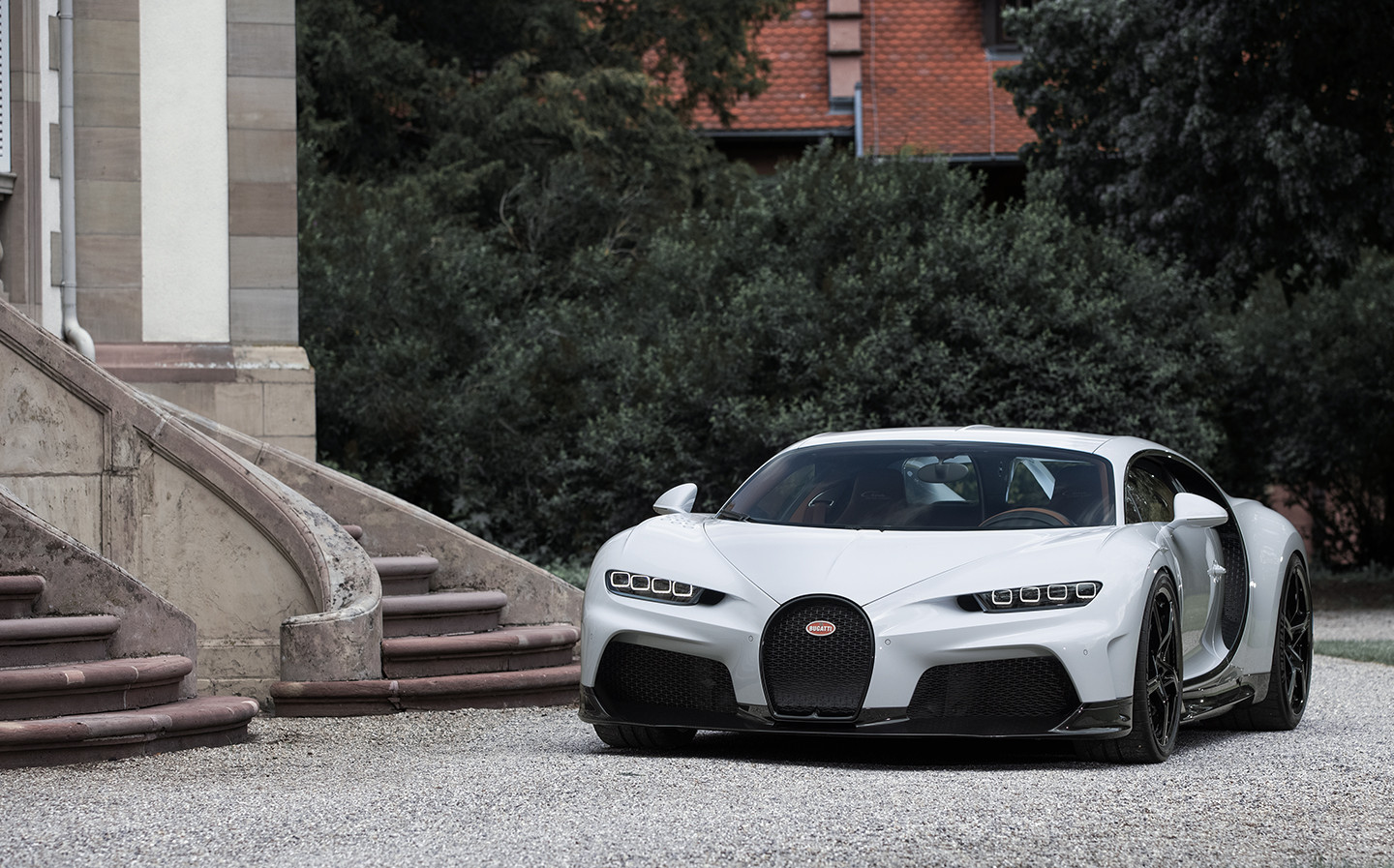 “The Chiron Super Sport stands for increased comfort and elegance coupled with even greater performance and higher speeds. With this new creation, we established another distinct personality within the Chiron family. It is the essence of what we learned and developed in recent years – the ultimate grand tourer,” he said.

The Super Sport’s performance figures seem to back up this claim. Bugatti neglected to include a 0-60mph time in its press release, opting instead to begin with its 0-124mph time — an eye widening 5.8 seconds, or the same amount of time it takes the most recent Honda Civic Type R to reach 62mph. Accelerating to 186mph takes just another 6.3 seconds, or 12.1 seconds overall. 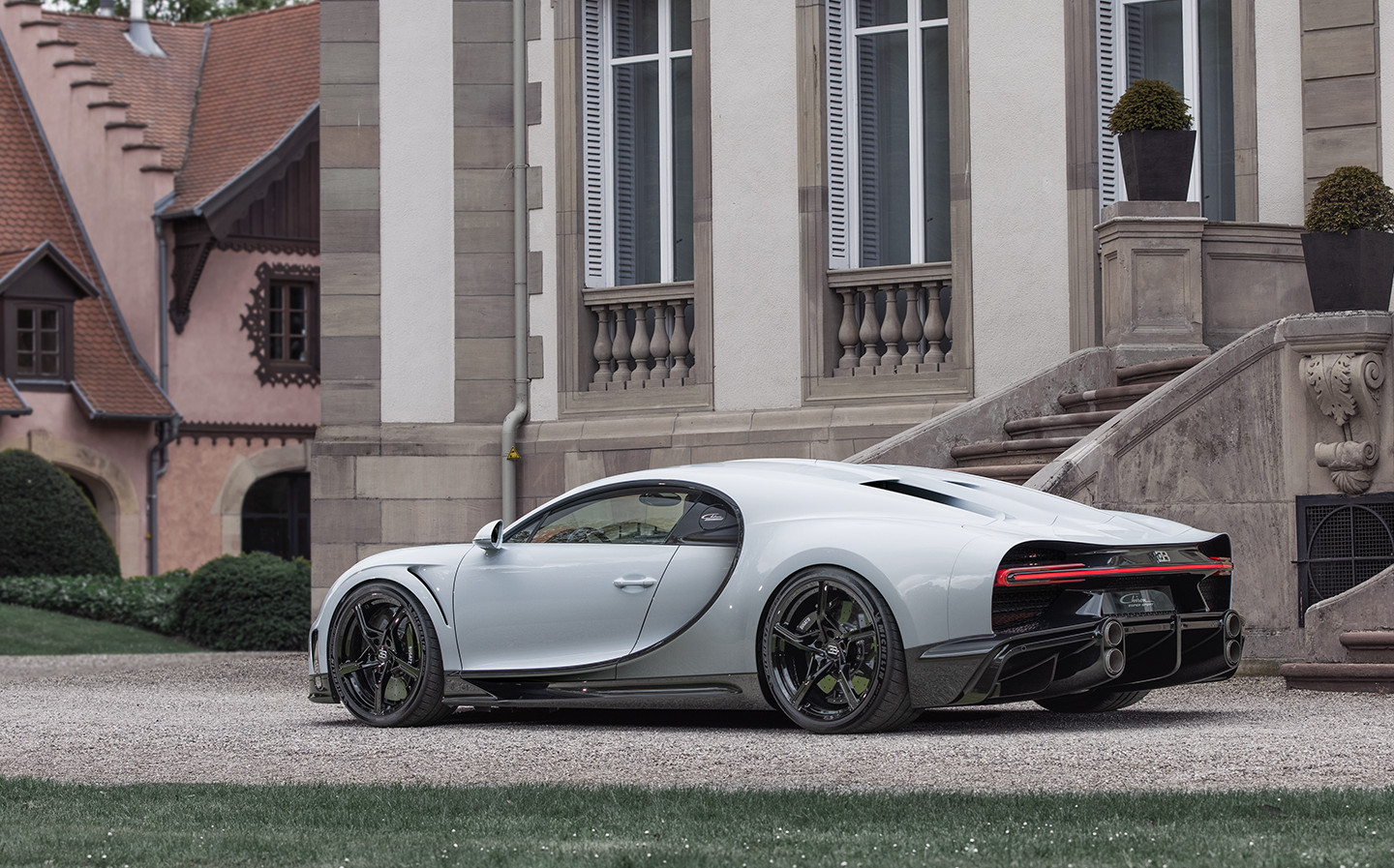 While acceleration is marginally slower than last year’s Pur Sport, which could hit 124mph in 5.5 seconds and 186mph in under 12 seconds, top speed is significantly higher — not the biggest number we’ve seen on the Chiron, thanks to the record breaking Super Sport 300+, but a more-than-sufficient 273mph all the same.

These figures are facilitated by what has been described as a “thorough overhaul” of Bugatti’s W16 engine, which has now been tuned to put out 99 more bhp than before, while 1,180 lb ft of torque is accessible in a wider rev range, between 2,000rpm and 7,000rpm. While adding power, Bugatti’s engineers have managed to trim 23kg from the vehicle weight. 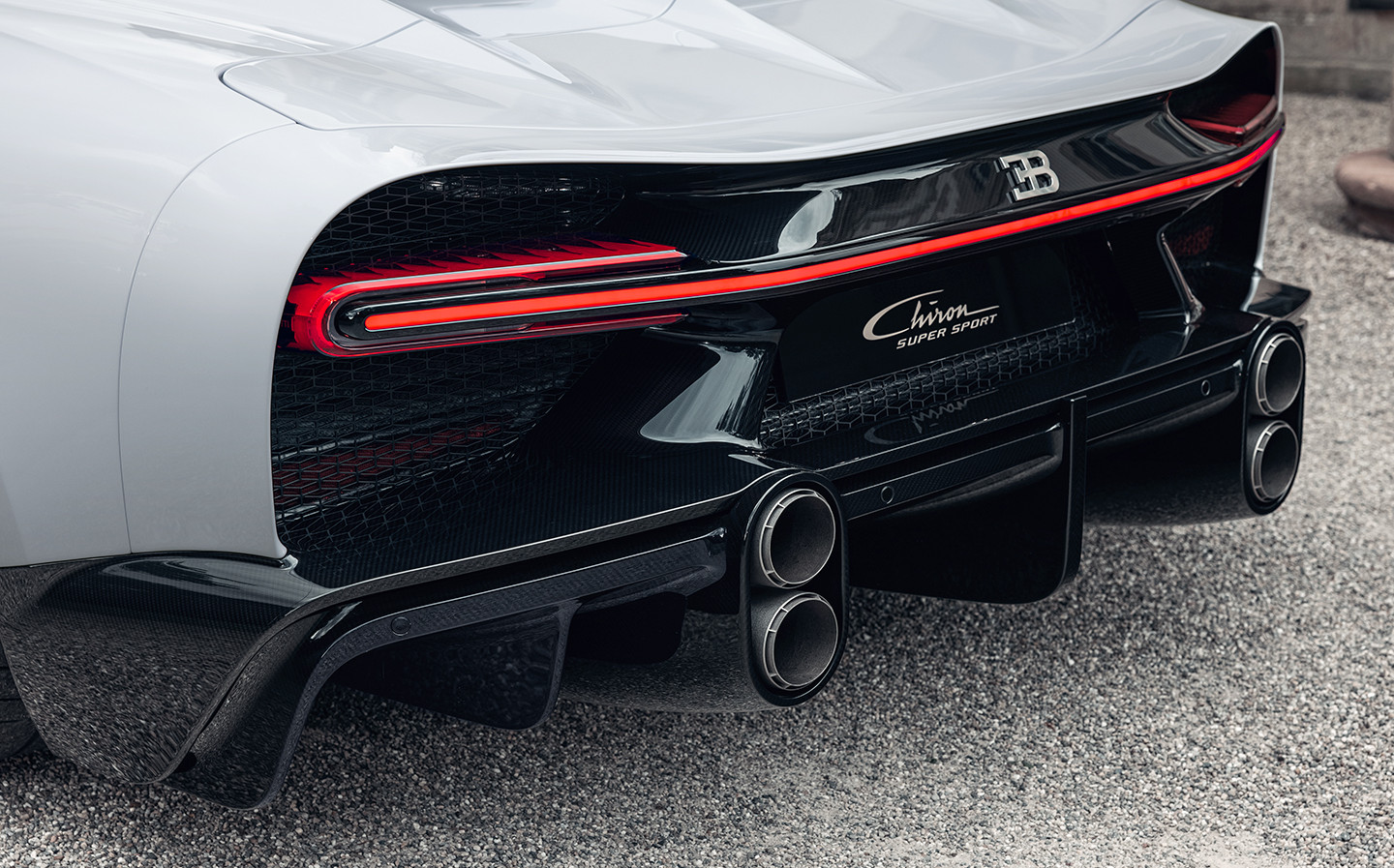 In order to make the car more aerodynamic, the Chiron has gained a “longtail”, which extends the rear of the car by 25cm for more effective aerodynamic performance. A larger diffuser also reduces the rear’s tailing surface by a claimed 44%. A new exhaust configuration, with pipes stacked vertically, also sets it apart from other members of the Chiron family, as do bespoke five-spoke wheels.

“In comparison to the Chiron Pur Sport, which, as a free-revving vehicle with transverse dynamics offers a great deal of downforce up to 350 km/h, the Chiron Super Sport remains very neutral and quiet even above this in the uppermost speed ranges. This vastly increases the feeling of safety,” said Jachin Schwalbe, the car maker’s head of chassis development. 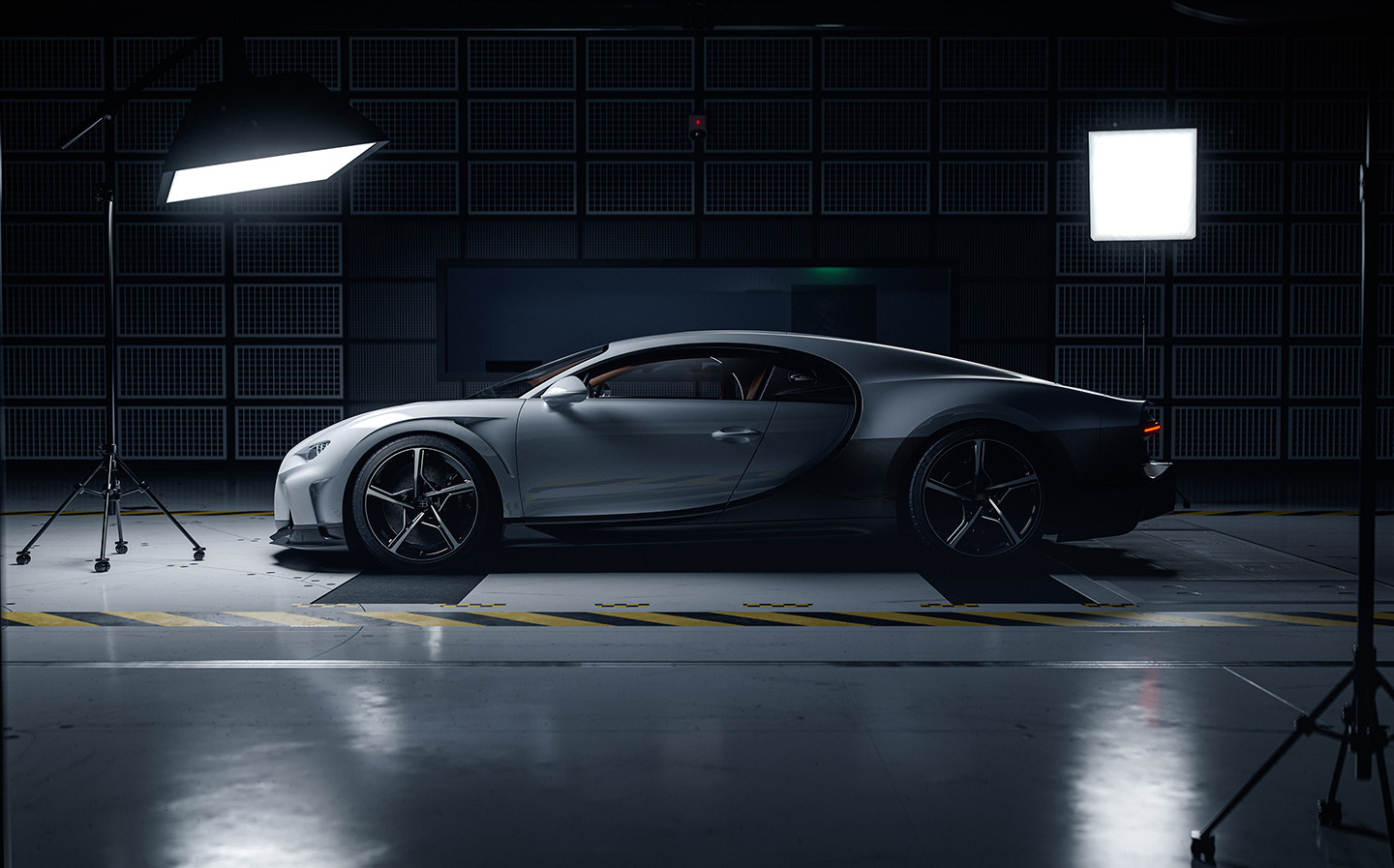 The car sits on newly developed Michelin Pilot Sport Cup 2 tyres, reportedly the only model that would handle consistent trips to the upper end of the Super Sport’s speedometer.

Bugatti is preparing to undertake the manufacture of the Chiron Supersport at its factory in Molsheim, France, with each costing €3.2m (£2.75m). Deliveries will begin in early 2022.