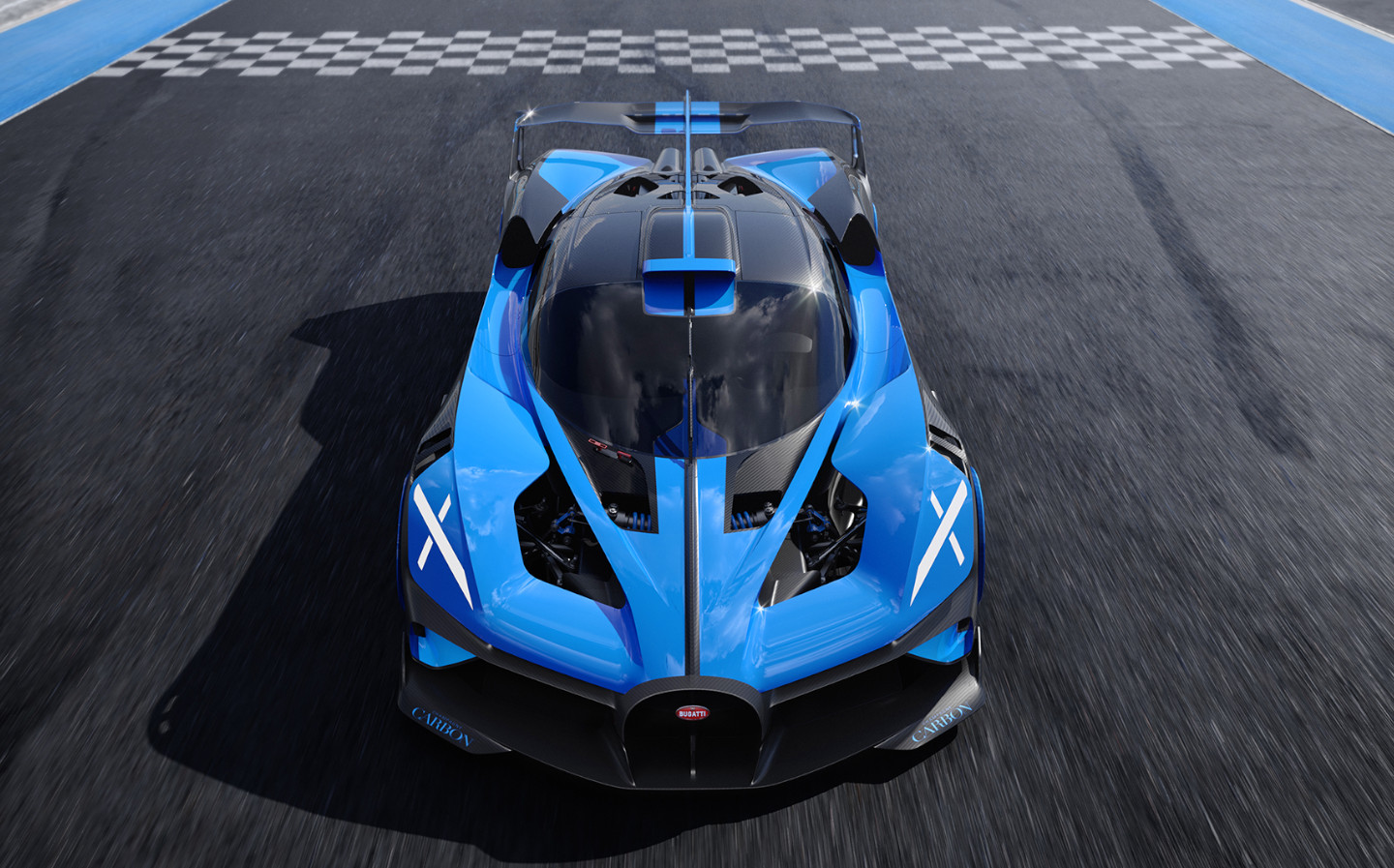 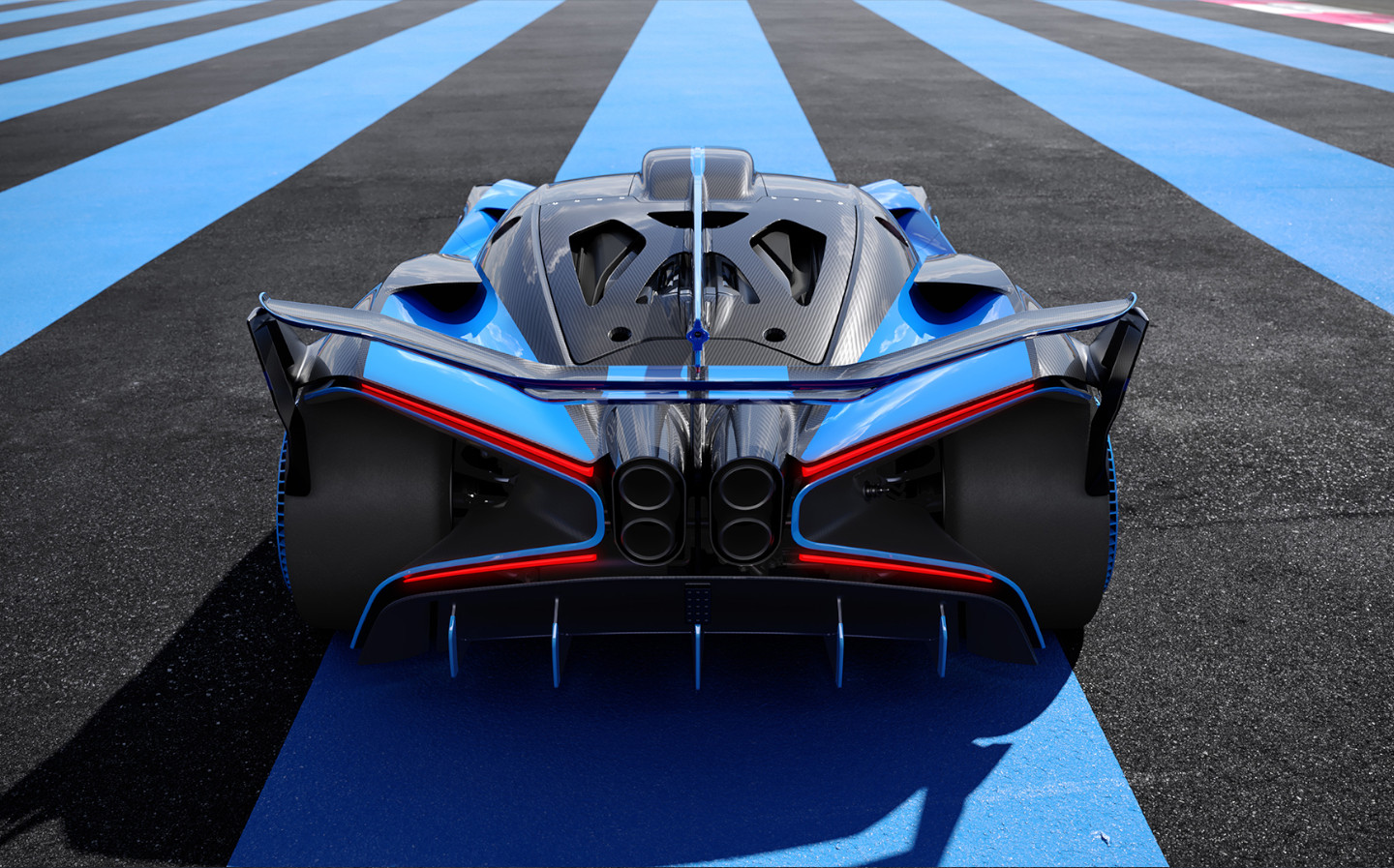 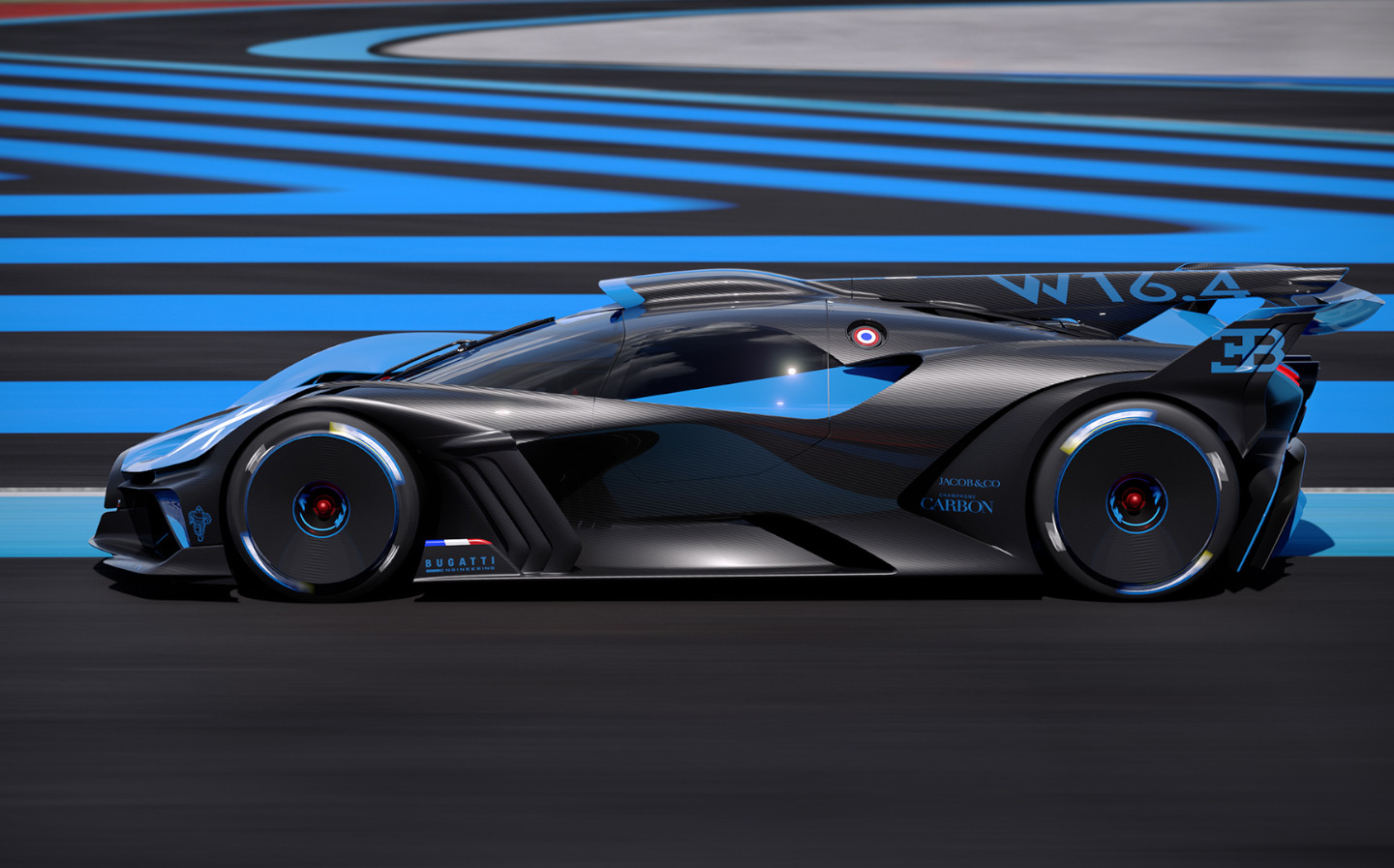 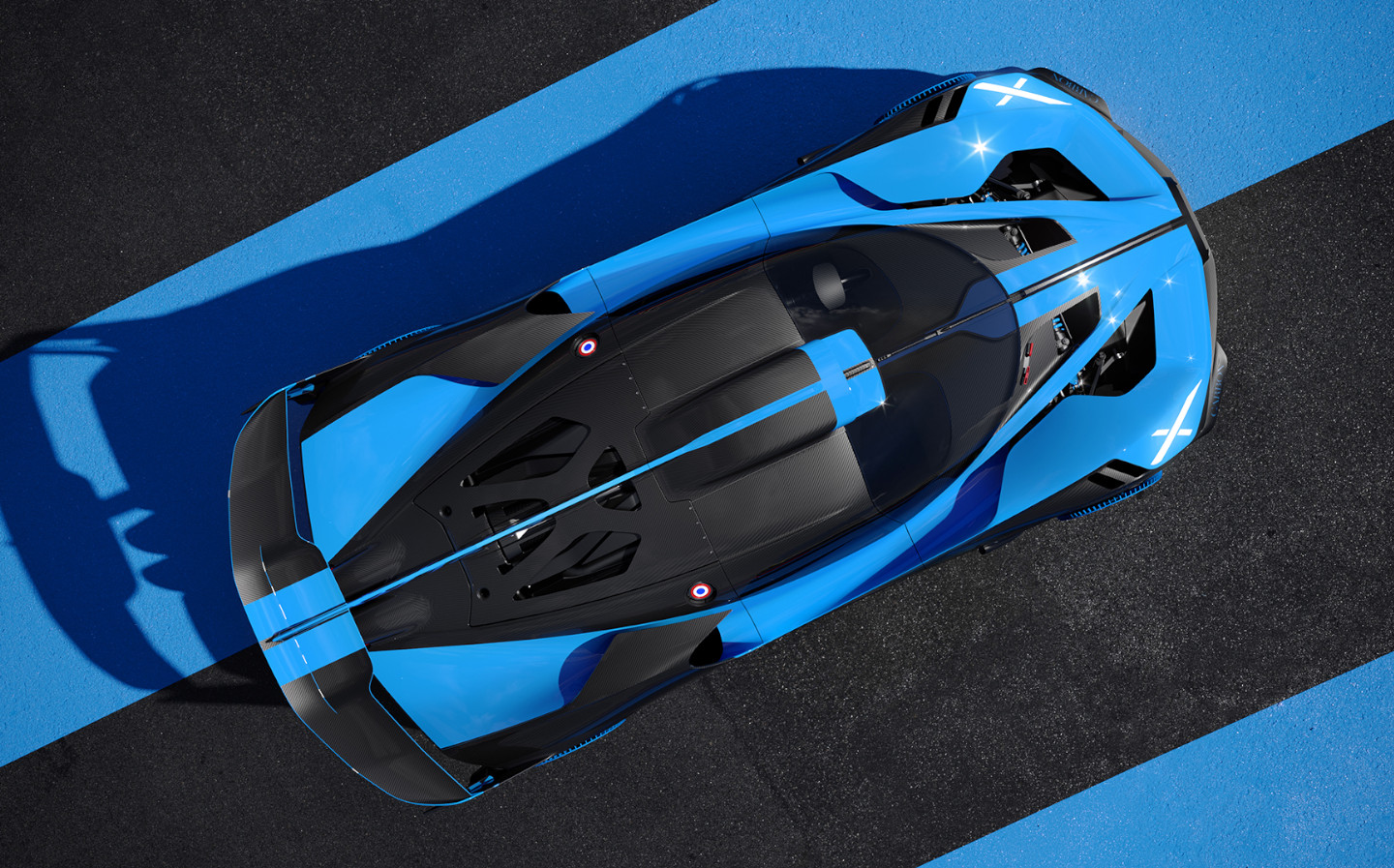 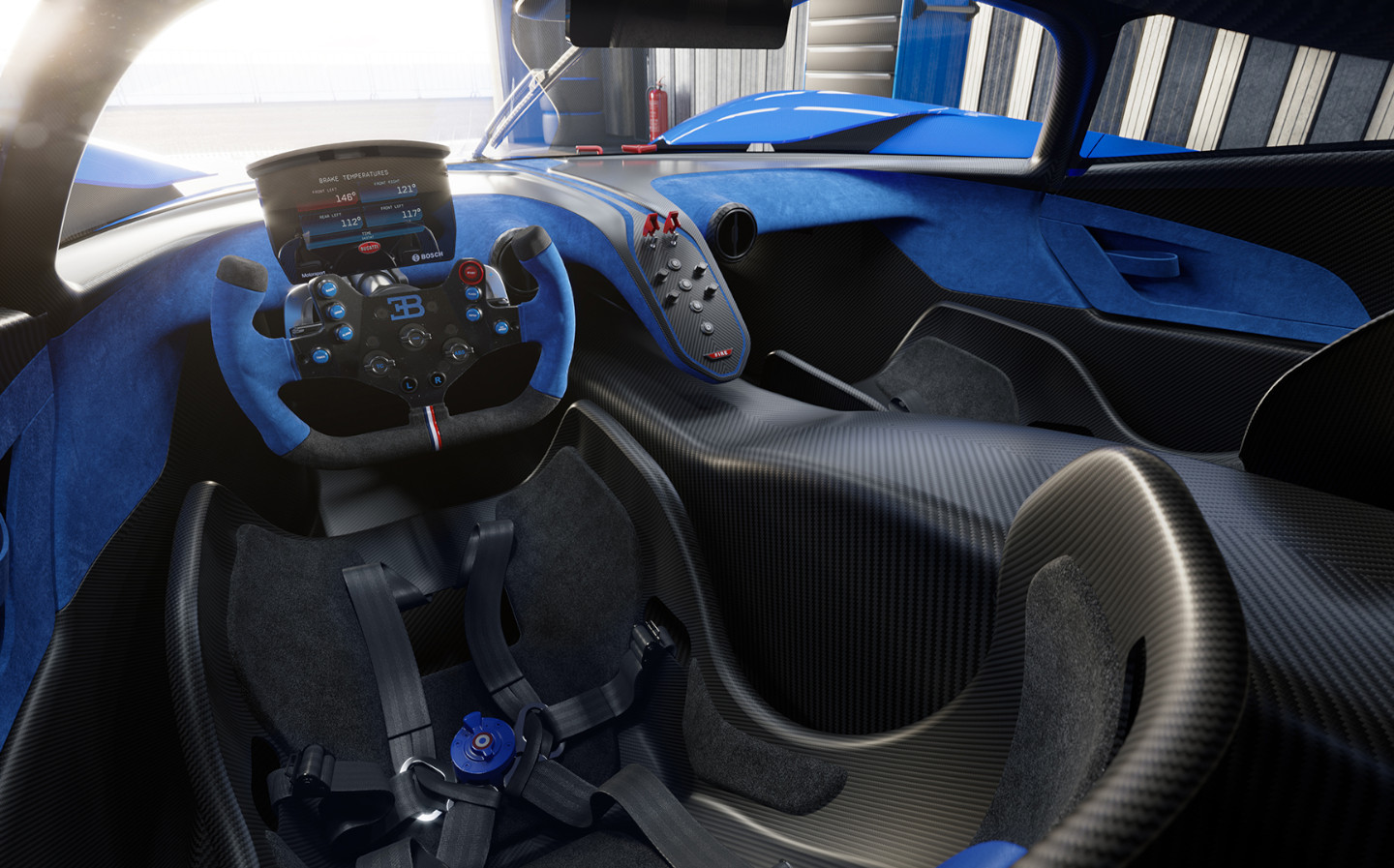 BUGATTI has something of a point to prove. Last month, rumours surfaced that Volkswagen Group, the automotive conglomerate that owns Bugatti — alongside myriad other marques — was in the process of offloading the historic French brand to Croatian EV geniuses Rimac, in a bid to streamline its business and focus on more profitable revenue streams.

Then came along SSC, claiming that it had nabbed Bugatti’s title as the manufacturer of the fastest production car with its Tuatara supercar (although this “record” is now being widely questioned). Bugatti is now looking to remind people of its worth.

Enter the Bugatti Bolide, revealed this morning. A bolide, for those unfamiliar with astronomical jargon, is an incredibly bright, burning meteor — for all intents and purposes, a fireball. It also means “racing car” in French, which is nothing if not linguistically satisfying.

And this car is nothing if not a racing car, packing a steady stream of stats that will have your jaw edging closer to the ground the more you hear.

It weighs just 1,240kg, which is less than a VW Golf. That’s despite housing Bugatti’s signature quad-turbo, 8.0-litre W16 engine, which has been honed to produce a blistering 1,825bhp, giving it a power-to-weight ratio of just 0.67kg/ps (that’s a stat that Bugatti is particularly proud of).

In order to make it manageable around corners there’s also a gigantic amount of downforce at the driver’s disposal, with more than two and a half tons of it sticking the car to the road at 198mph — 800kg at the front, and 1,800kg under the gigantic rear wing. The suspension is made to withhold 3.5 tons of downforce, which is the equivalent of having a mid-sized Indian elephant delicately poised on the roof as you drive along — or, as Bugatti pointed out, two Chirons.

The bits of bodywork that are actually on the car (there’s an awful lot of gaps in the armour in order to direct the air to where it’s supposed to go) and aren’t just bare carbon fibre are finished in a pleasing shade of azure that pays tribute to the Bugatti Type 35, one of the most successful (and beautiful) racing cars of all time.

And despite looking like an abstract painting, there are other things that make it distinctively Bugatti: the horseshoe grille, for example, and the X-shaped rear reminiscent of the Chiron Pur Sport — and somewhat of the similarly unhinged Lotus Evija.

Staggeringly, the entire Bolide project didn’t begin until eight months ago, meaning that the team at Molsheim haven’t been twiddling their fingers during the coronavirus lockdown.

The company hasn’t decided yet whether or not it will send the Bolide into (undoubtedly very limited) series production but it seems fitting that what could potentially be the last car to use the W16 engine for power — at least exclusively, with Bugatti potentially packing its bags for Croatia — puts the incredible unit front and centre.

Should the Bolide be a swansong for this era of Bugatti, it’s certainly an impressive one.