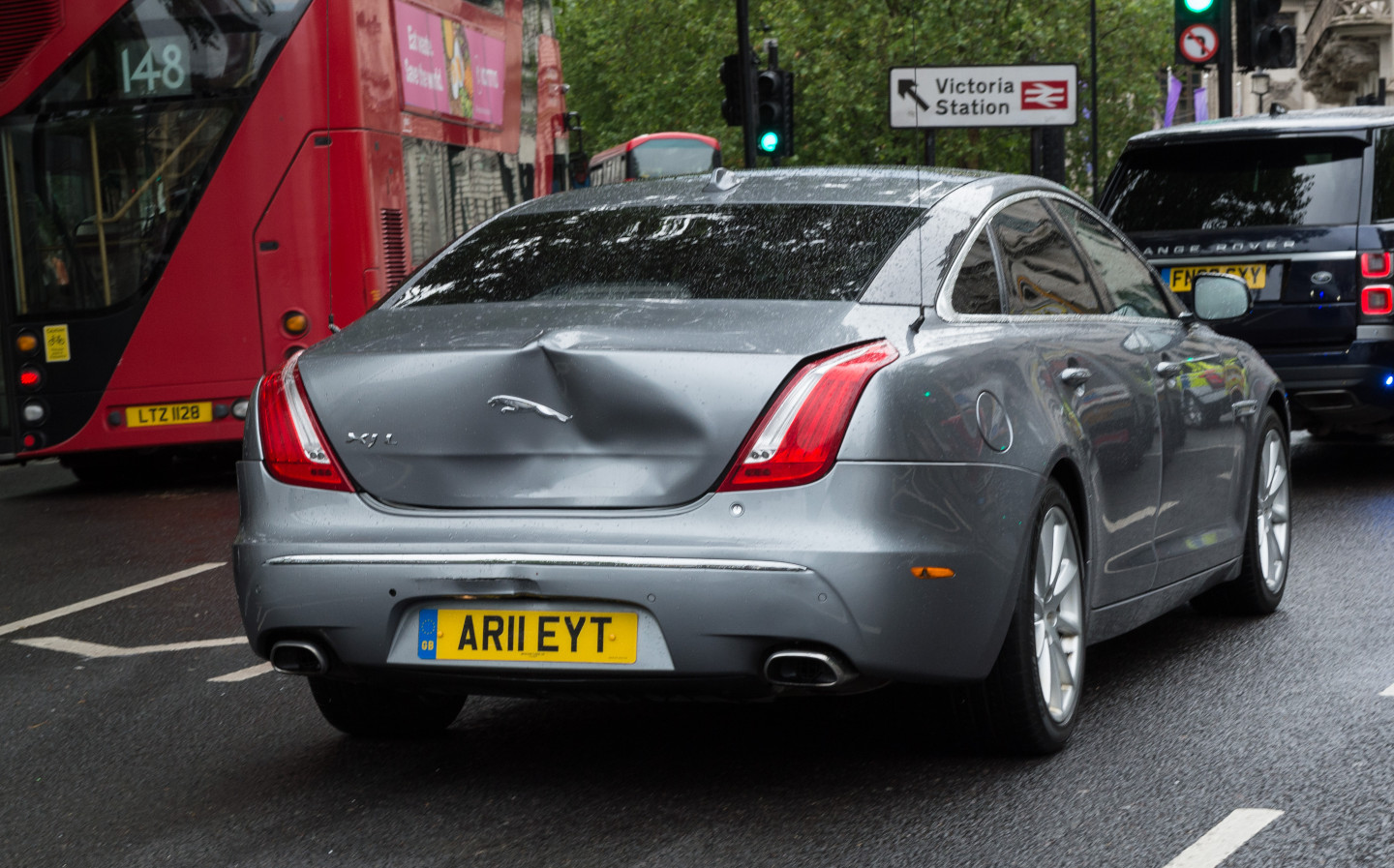 IT’S NOT the best way to celebrate your birthday: on the Range Rover’s 50th anniversary yesterday, one of the luxury SUVs crashed into the back of the Prime Minister Boris Johnson’s Jaguar XJ.

The collision occurred after a protester jumped in front of Johnson’s Jag, forcing the driver to make an emergency stop. The Range Rover behind wasn’t able to stop before colliding with the saloon.

No injuries were reported, though a large dent was visible in the back of the Prime Minister’s XJ, a car that costs from £62,935 in standard spec — the armoured versions used for state cars are considerably more costly.

Breaking: UK Prime Minister Boris Johnson was involved in a car crash after a protester ran in front of his vehicle. There were no injuries in the incident. pic.twitter.com/oFfxvjjzsF

A statement from the metropolitan police said: “At approximately 14:30hrs today, 17 June, two police vehicles were involved in a collision in Parliament Square.

“The police vehicles were part of a security movement. A pedestrian is reported to have stepped onto the road, causing the vehicles to suddenly stop, which has led to two of the vehicles in the convoy being involved in a damage-only collision.

“No injuries have been reported. A man, no further details at this time, was arrested at the scene for offences under Section 5 of the Public Order Act and for obstructing the highway.

“All vehicles were able to drive from the scene.” 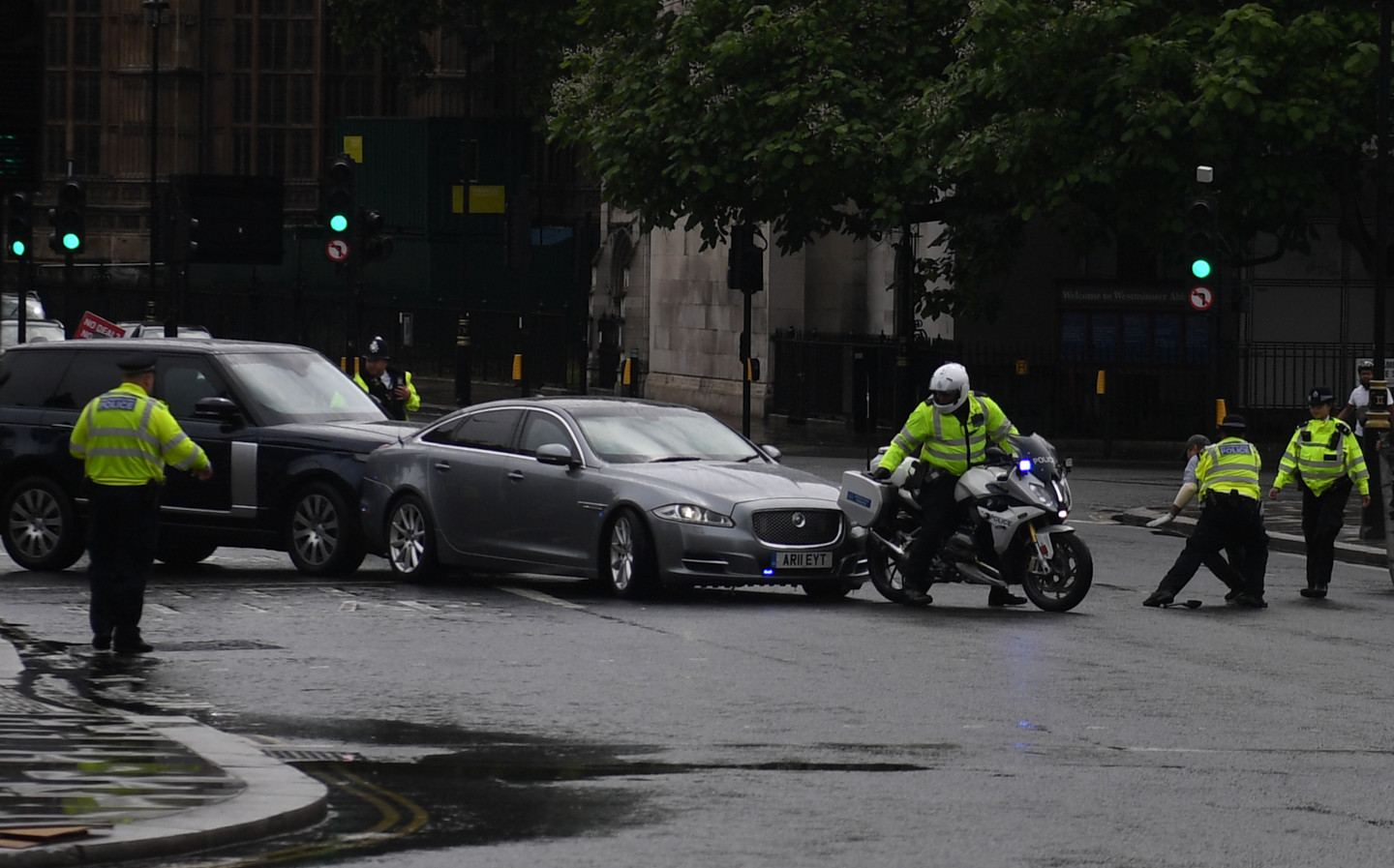 Paragraph 1b of Section 5 of the Public order act states that a person has committed an offence if he/she “displays any writing, sign or other visible representation which is threatening within the hearing or sight of a person likely to be caused harassment, alarm or distress thereby.”

It was reported that the man who caused the crash was protesting about Turkish involvement in Iraq. Photos and videos of the man show him lying in the road, surrounded by police officers and protesters, before being detained and taken into the Palace of Westminster.

The Mail Online reported that the protester was allowed to make it past a police officer responsible for keeping crowds away from Boris Johnson’s convoy. 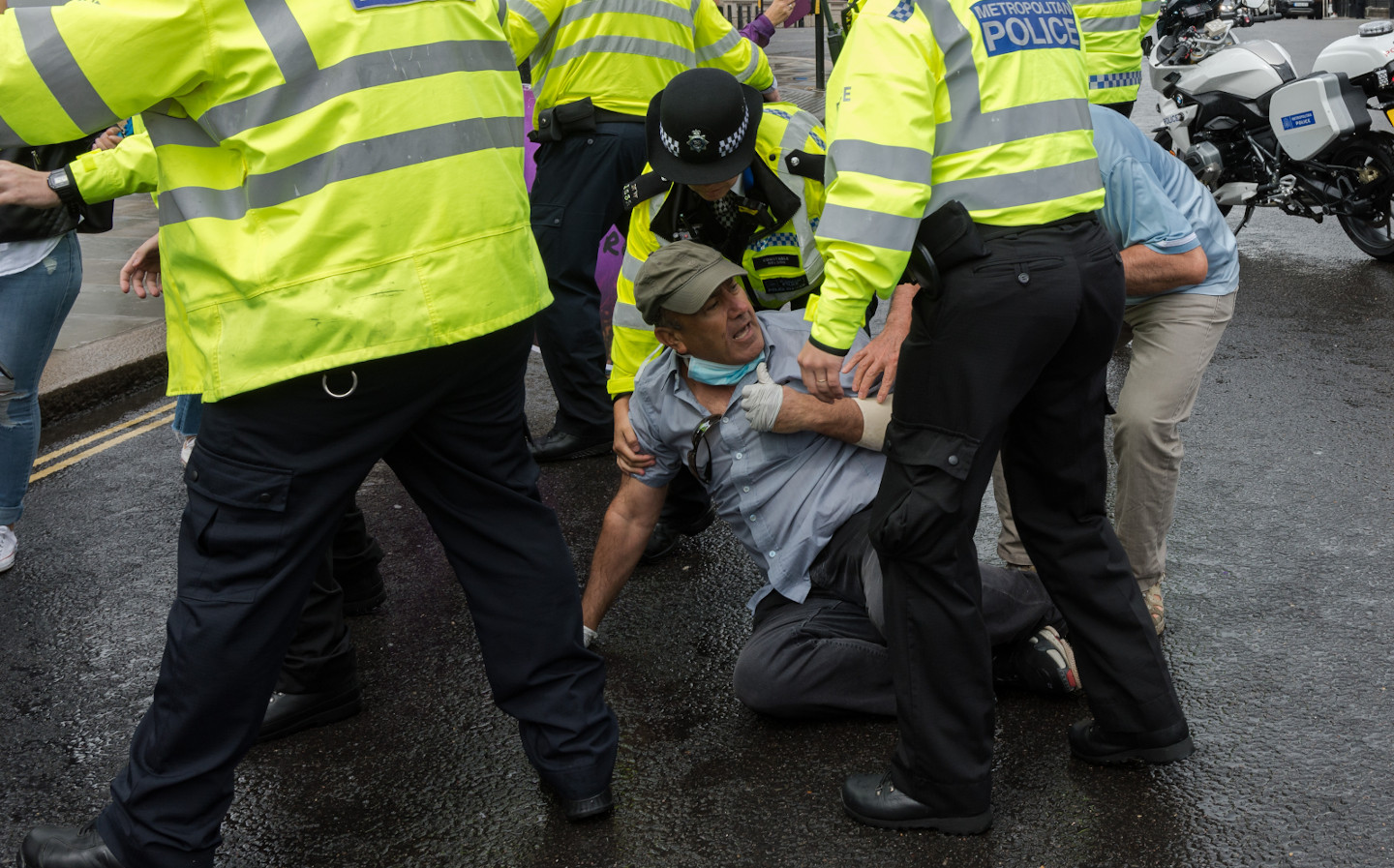 Central London has been the venue to a number of protests both today and this week. Groups of pro-Kurdish, and anti-Brexit demonstrators were both present at the scene of yesterday’s incident, which is just a few feet away from the statue of PC Keith Palmer that was urinated on by a 28-year old Essex man during Saturday’s violent protests by far-right activists. The unarmed PC Palmer stopped a knife-wielding Islamist terrorist from entering the Palace of Westminster during an attack in 2017, later dying from the wounds he received. In recent weeks, London has also seen demonstrations by Black Lives Matter protesters.

There are now fresh calls for security to be tightened in Westminster. Concerns were voiced two years before the death of PC Palmer, following a security review, and again after the terrorist attack that led to his murder.