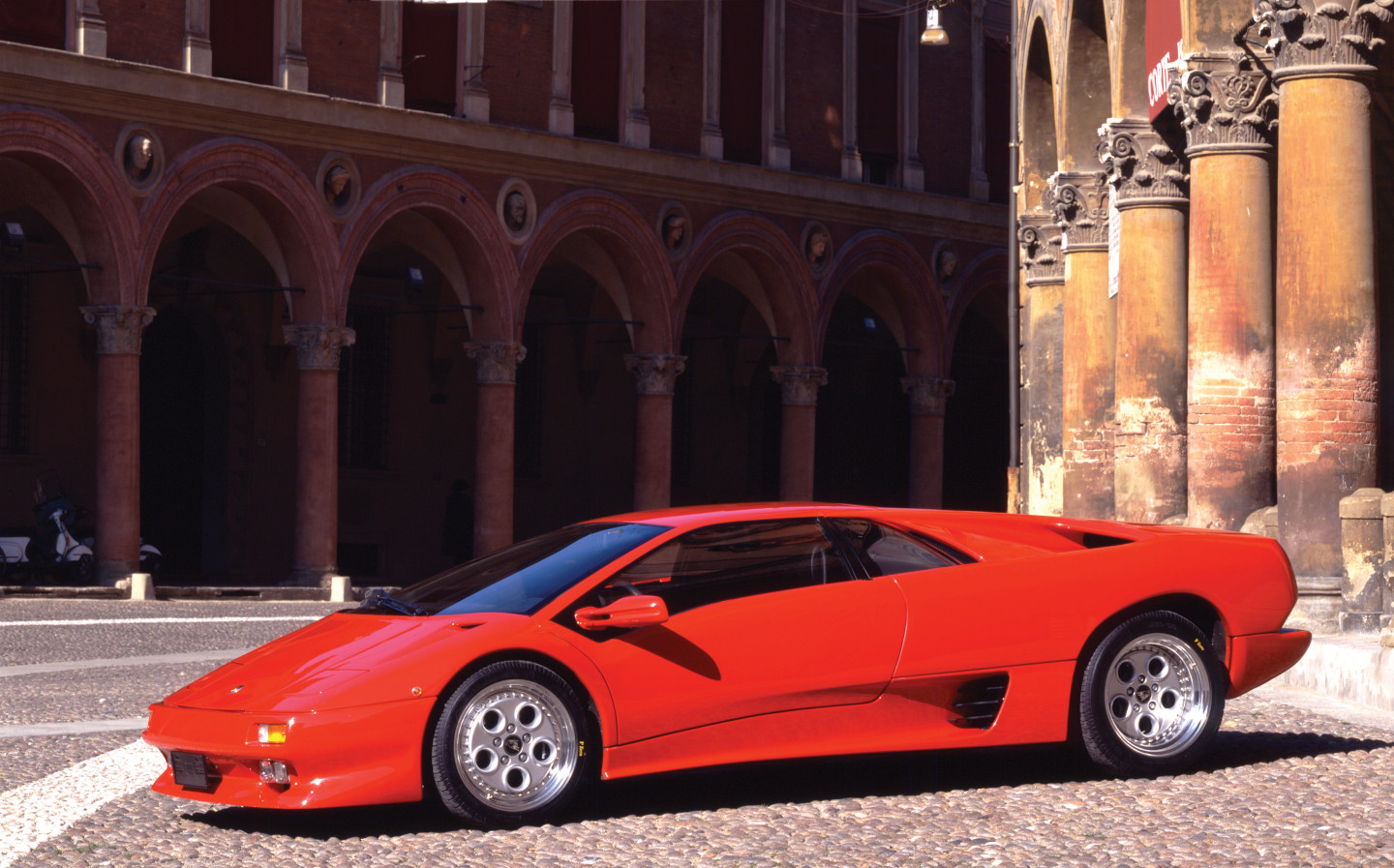 The accident, which is said to have been relatively minor (especially compared to some of the other crashes that have occurred during the filming of the show), occurred yesterday in the Yorkshire Dales.

McGuinness, 46, reportedly misjudged a corner and flew off the road, causing a fair bit of damage to the car and leaving the presenter “shaken”.

Photos of the supercar show it looking a bit worse for wear, with a lot of damage to its rear — including the spoiler completely ripped from the car.

The comedian and presenter uploaded a video to his Instagram to explain what had occurred. He said:

“It’s been a mad old day on Top Gear today, you might have seen that I had a bit of a … a shunt. I finally got to drive one of my fantasy childhood cars, the Lamborghini Diablo, but it turns out 30-year-old supercars don’t like torrential rain. Who’d have thought? If you’ve ever owned a Diablo, or you’ve driven one, you’ll know just as well as me — oh my God, she can be a cruel mistress, she can be a cruel mistress that one.”

All good in tha hood. Bit of a prang today on @topgear but all nice and bonny here. ? #topgear #firstshunt #Lamborghini #diablo #rain #tuesday

He continued: “That V12 lures you in and suddenly … it bites you. I’m totally fine, fingers crossed we get the car running again because it is an absolute beauty.”

He finished by saying: “I’m going to have a cup of tea, a paracetamol and a good old cry.”

His wife, Christine McGuinness, also weighed in on social media, saying that her husband was “absolutely fine”, adding: “As far as I’m aware this was a minor incident and he’s absolutely fine, the Lambo got it much more than he did!”

I’ll keep this short and sweet ? Mr Mc is absolutely fine! The headlines about my husband today are very exaggerated. Saying he “cheats death” “almost dies” “narrowly avoids death” etc.. ?‍♀️ ⠀ As far as I’m aware this was a minor incident and he’s absolutely fine, the lambo got it much more than he did! ⠀ People are dying all over the world, please don’t worry his family, his friends and his fans. He’s all good ❤️

McGuinness’ co-host Chris Harris simply tweeted a humorous photo of a bull (the Lamborghini emblem) in a field. People in the replies mocked McGuinness’ former role as host of dating show Take Me Out, including tweets such as: “Let the bull see the field.”

The crash is the latest in something of a tradition of Top Gear hosts smashing up fast cars. In 2006, Richard Hammond had a crash in the jet-propelled Vampire dragster at 288mph, leaving him in a coma for two weeks. He suffered amnesia and depression during his recovery. He has since crashed a Rimac Concept One filming for The Grand Tour, narrowly escaping the wreck before it burst into flames. He miraculously survived with just a broken knee.

New-era Top Gear host Andrew ‘Freddie’ Flintoff was involved in a crash last year after he lost control of a motorised trike, going at 124mph. He shouted: “I’m running out of runway!” before leaving the track. He was unhurt in the accident.

As the Lamborghini was being driven on a road, McGuinness was going no faster than 60mph. The Diablo can reach heady speeds of 200mph and has a power output of around 478bhp. It was the successor to the Countach, the poster-car of the ’80s, and was replaced in 2001 by the Murcielago.

The episode of Top Gear being filmed may have had some kind of 1990s supercar theme, with Lancs Police tweeting a picture of a Jaguar XJ220 and an Ferrari F40 alongside the Diablo.

Range Rover gets a limited edition for its 50th birthday