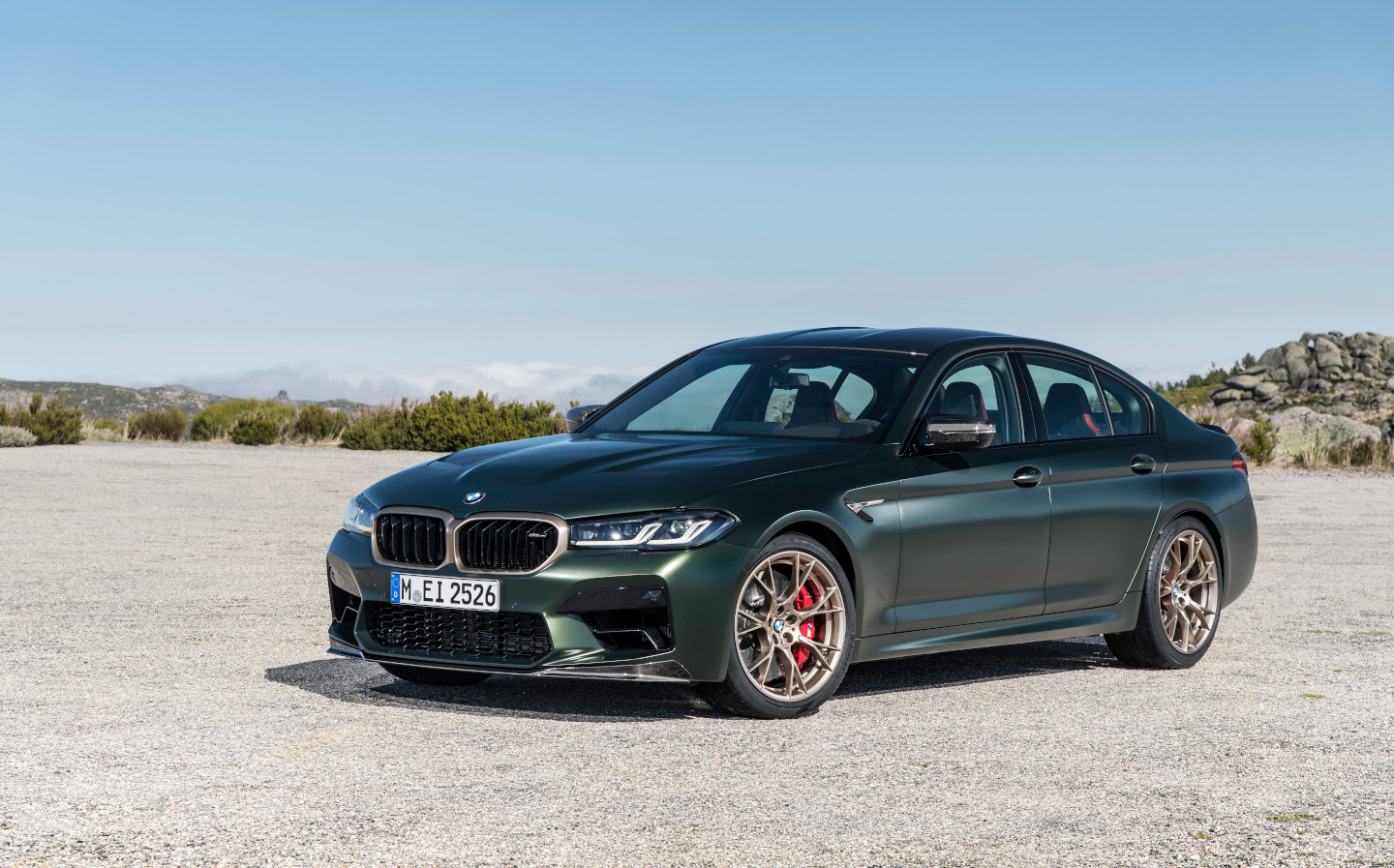 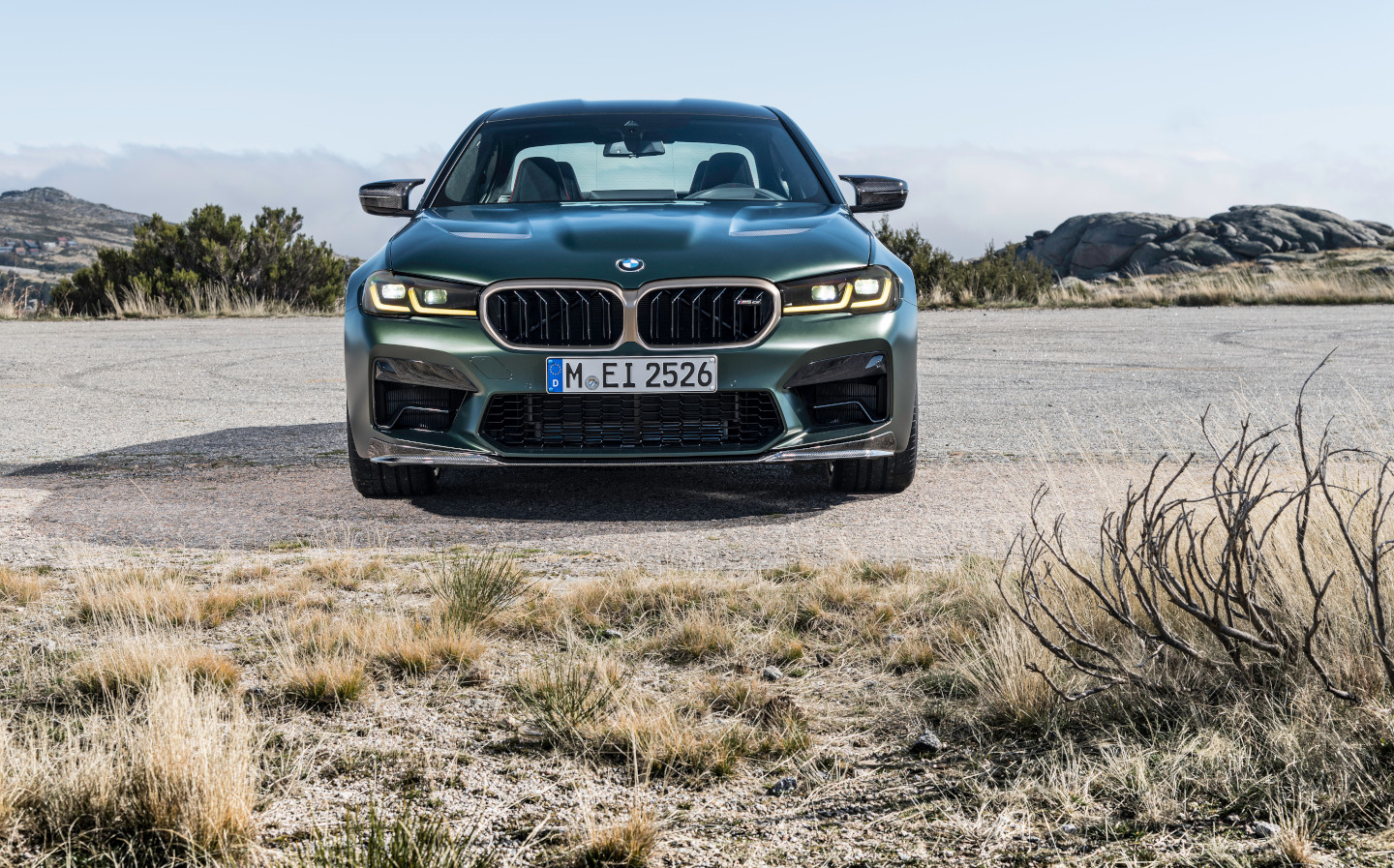 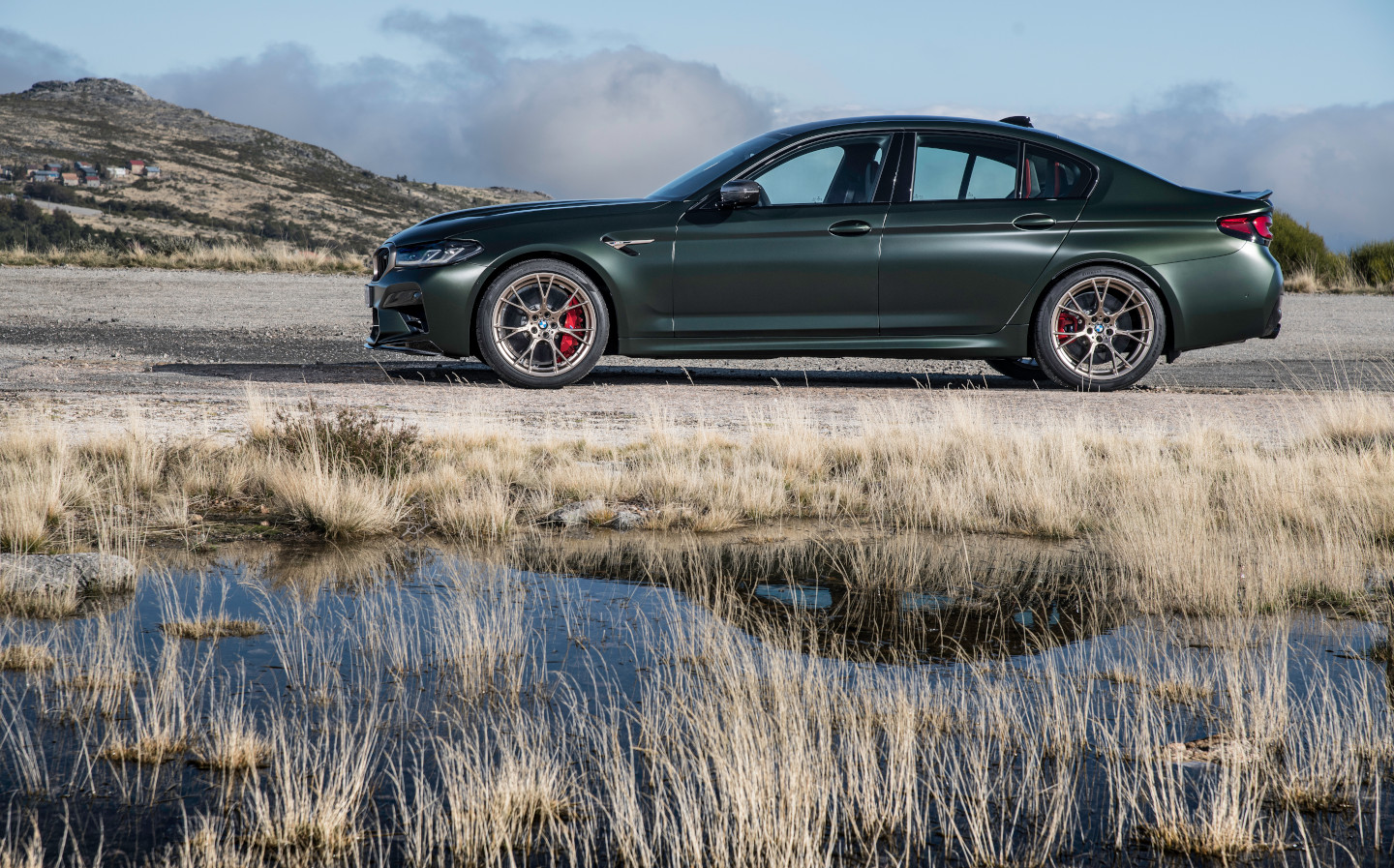 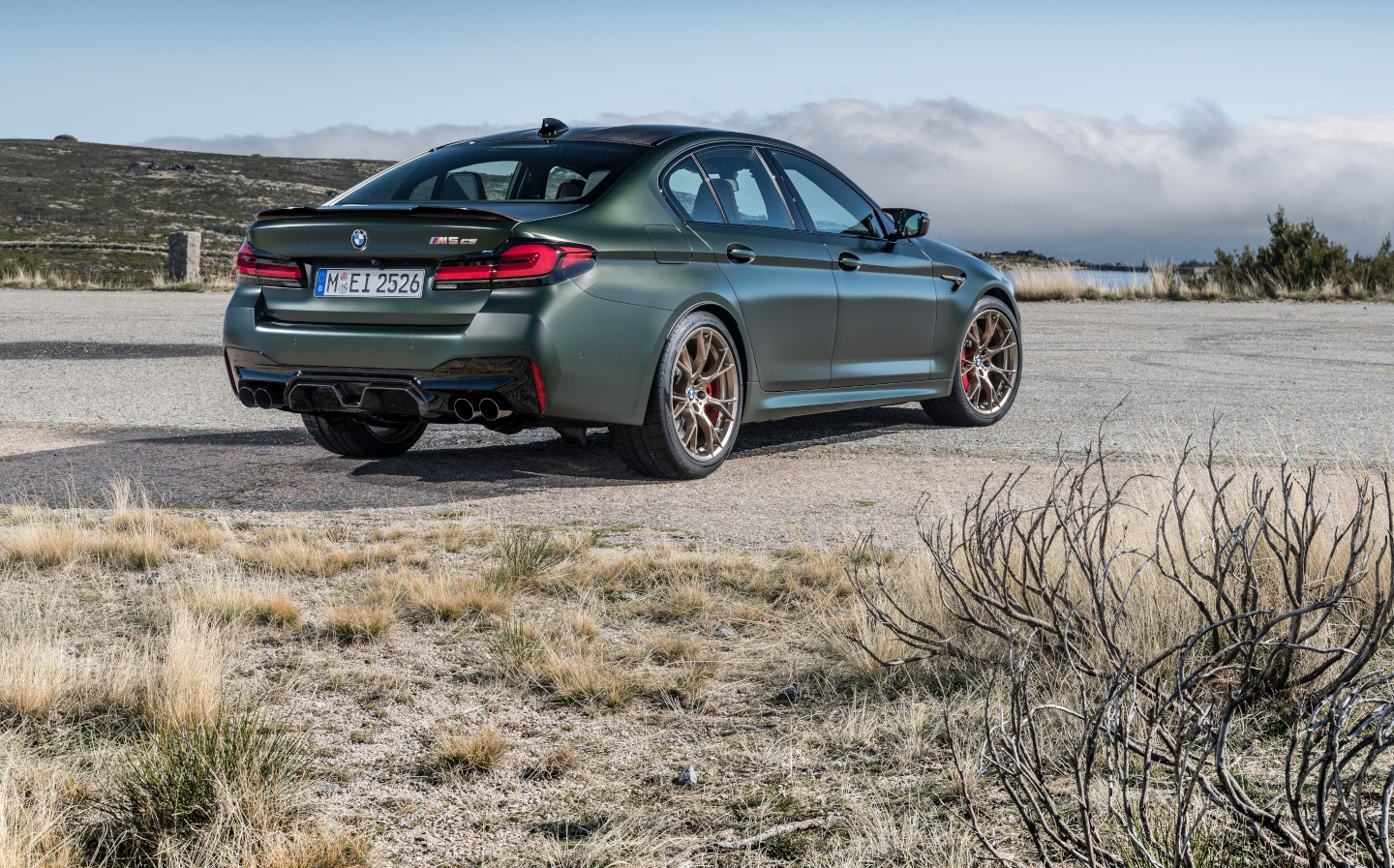 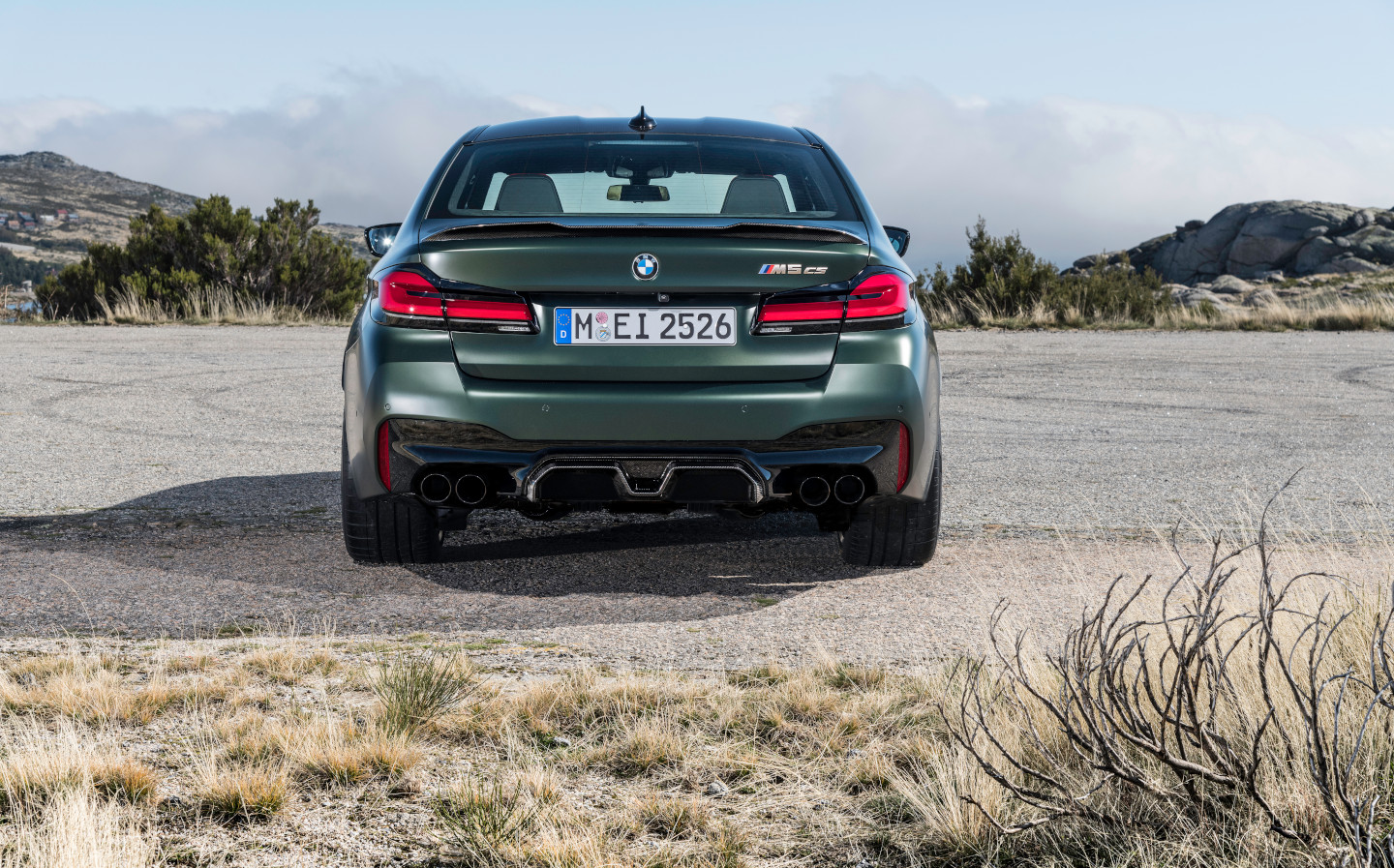 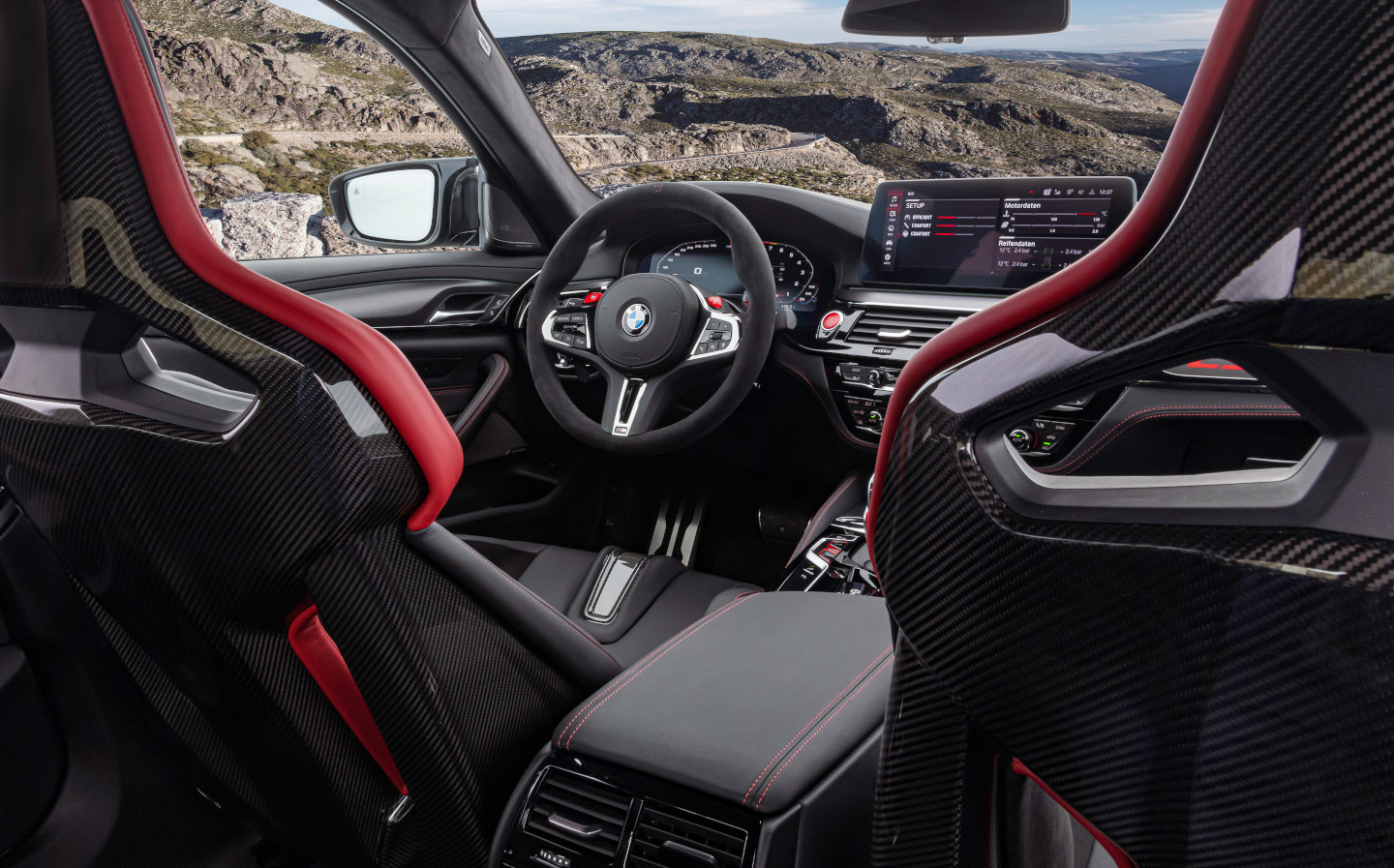 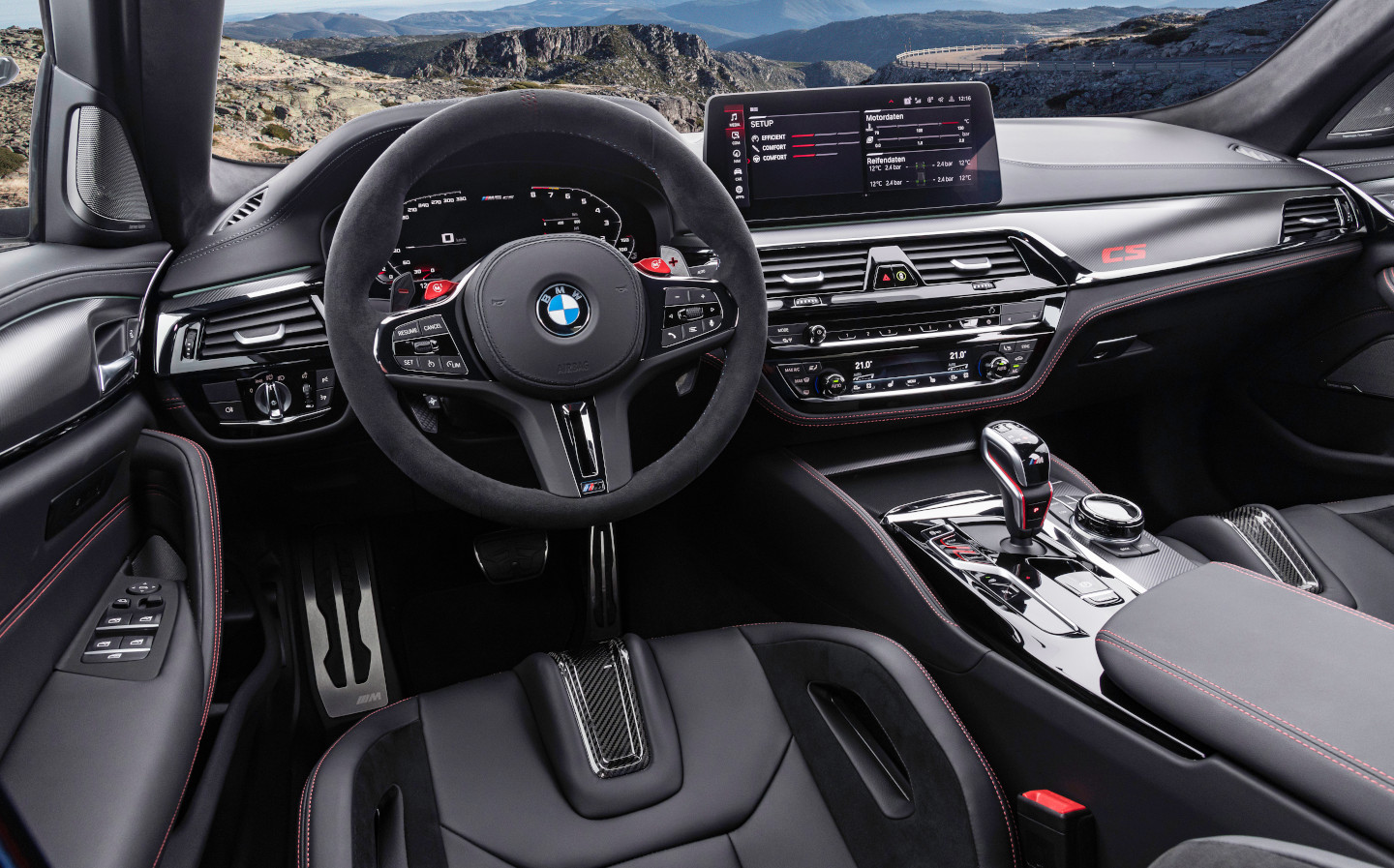 BMW HAS revealed the 626bhp M5 Clubsport (CS), the most powerful BMW M car ever made.

The BMW M5 CS sits above the already-potent M5 Competition with an extra 10bhp thanks to a reworked version of the 4.4-litre V8 found beneath the bonnet of the regular M5. The torque figure matches that of the M5 Competition, peaking at 553 lb ft between 1,800rpm and 5,950rpm.

A 10bhp power boost may not sound like much but the CS is also 70kg lighter than the M5 Comp, which is the equivalent of a removing an adult passenger from the car. The weight saving is down to an abundance of carbon-fibre-reinforced components including the bonnet, front splitter, exterior mirror caps, rear diff, engine compartment cover and intake silencer.

The extra horsepower and weight reduction give the CS a power-to-weight ratio of 3.9kg/hp, compared with the M5 Competition’s 4.1kg/hp.

That power and weight reduction means that the CS can sprint from 0-62mph in three seconds flat (0.3 seconds less than the Comp), and can get to 124mph in a whisker over 10 seconds. Top speed is an electronically-limited 189mph. 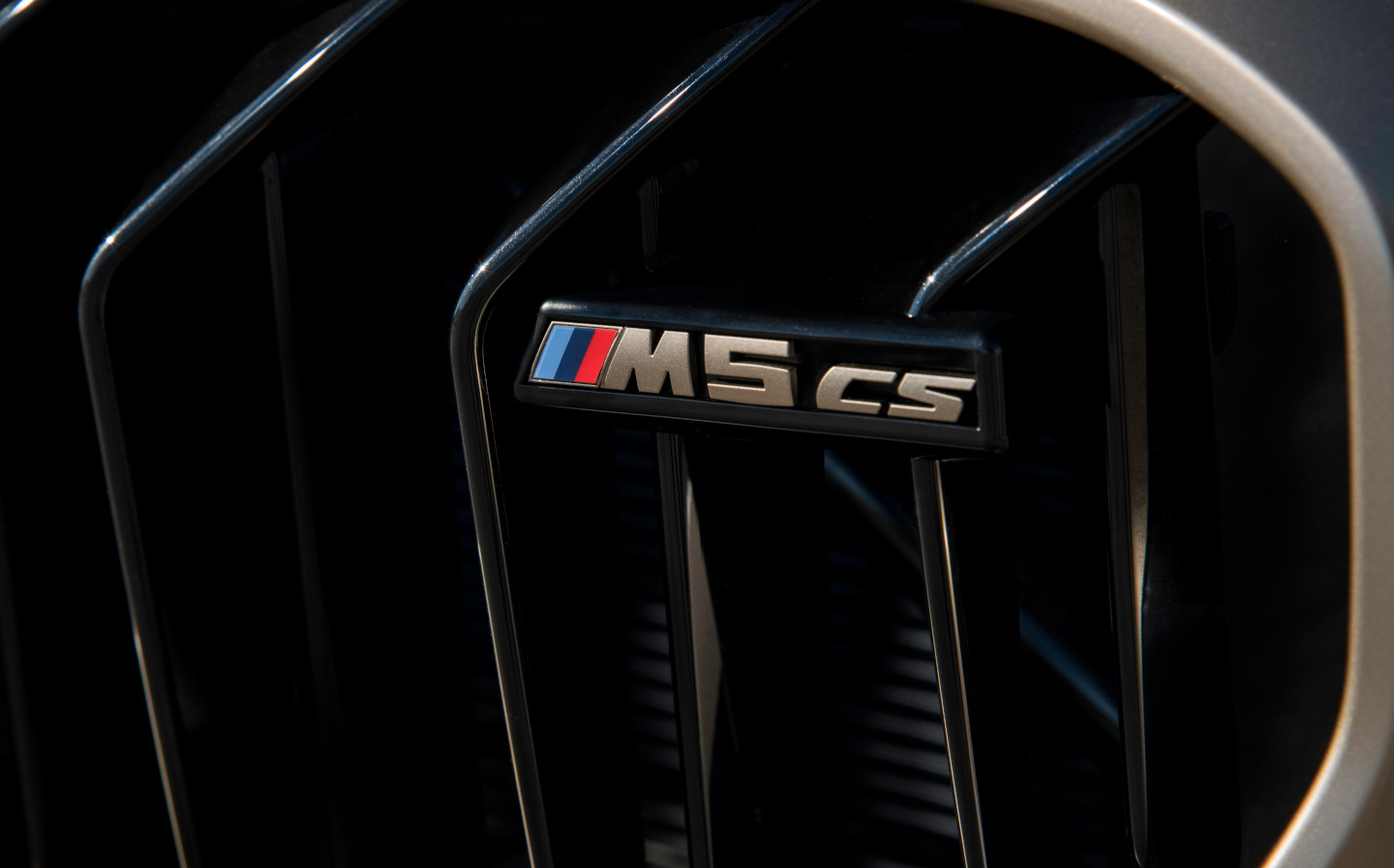 Response from the turbocharged engine has reportedly been improved using stiffer engine mounts, shorter injection times and improvements to lubrication and cooling that include a redesigned oil pan and extra sump.

Adjustments to the chassis (which is based on that of the M5 competition) include a 7mm drop in ride height, as well as the addition of dampers that were developed for the M8 Gran Coupe — a car with a ride that was described by Jeremy Clarkson as “brutal… far too brutal” in is his review of it.

However, these dampers are supposed to make the ride of the BMW M5 CS more comfortable on motorway trips, as well as to improve handling at high speeds.

BMW has configured its xDrive four-wheel-drive system so that the driver can vary power distribution between the rear and front wheels — including the option to send 100% of the power to the rear in order to emulate the driving experience of M5s of yore.

Despite these headline performance stats and mechanical improvements, the CS is still being marketed by BMW as a practical and comfortable saloon. There are four individual bucket seats, a layout exclusive to the CS and in order to save weight, the front seats are constructed in carbon and then bound in fine-grain Merino leather (the rear seats are still Merino-leather-bound, but it’s not fine grain).

The front seats are also heated as standard, and the driver’s seat has a memory function. This is definitely a car in which you’ll want to call shotgun, if you’re not driving.

The car’s systems and dynamics are viewable through a 12.3in central display.

Aesthetic cues that differentiate the BMW M5 CS include accents of “Goldbronze”, which adorns the car’s kidney grille and M5 CS badges. A special edition of the car finishes the 20in forged wheels in this hue, too.

UK deliveries of the BMW M5 CS are scheduled to begin this Spring. BMW has quoted a starting price of £140,780 OTR, which makes it £38,455 more than the BMW M5 Competition.

– After reading about the BMW M5 CS, the most powerful BMW M car ever made, you might be interested in reading about Jeremy Clarkson’s five star review of the new BMW M550i.
– If you want to know what its like to drive a BMW M Car at its limit, read our review of a BMW M Driving experience.
– In summer, BMW made the long-awaited announcement that it is working on a Touring (estate) version of the BMW M3.