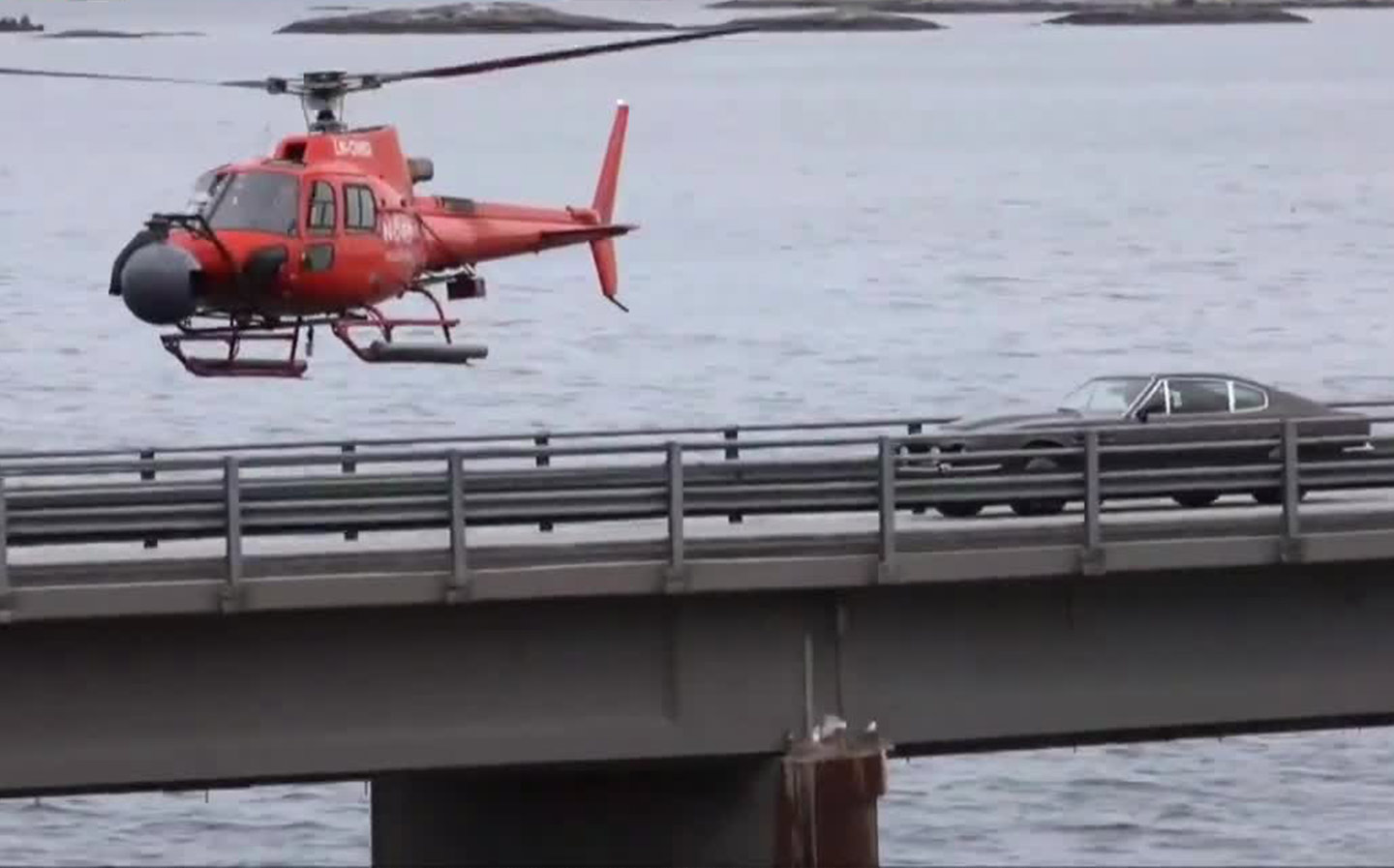 THE MOMENT in Skyfall, the last James Bond film, when the secret agent opens a London lock-up to reveal his gleaming Aston Martin DB5 — to the evocative trumpets and strings of John Barry’s famous score — was a spine-tingling one for car fans.

Now, it looks like the producers of the new Bond movie — the 25th in the series and the last to star Daniel Craig — are looking to repeat the trick, but this time with a different Aston (the DB5 met an heroic end in Skyfall, after all).

In the new film it appears 007 will be hitting the road in a V8 Vantage, as it has been captured in amateur footage during two days of filming for Bond 25 on the famous Atlantic Ocean Road in Norway.

The mighty Vantage was driven by Bond in 1987’s The Living Daylights, which saw the straight-talking Timothy Dalton playing MI6’s deadliest asset.

The car was equipped with some excellent gadgets, courtesy of Q Branch: wheel hub-mounted lasers, missiles, bulletproof glass, port and starboard “outrigger” skis, tyres that can deploy spikes for driving on snow, and even a Batman-esque rocket motor for quick getaways. Oh, and a self-destruct option, too.

Filming on the Atlantic Ocean Road started on Tuesday, with a camera helicopter following the V8 Vantage, which also had the same B549 WUU number plate as the car that featured in The Living Daylights, along a stretch of the 5.2-mile road.

Daniel Craig wasn’t behind the wheel as he’s currently recovering from ankle surgery, following an accident while filming a stunt sequence. Instead, the replacement driver was sporting dots on his face that, according to Bond fan site MI6-HQ.com will enable digital face-swapping with Craig in post-production.

The V8 Vantage appeared again on Wednesday for a second day of filming, which also featured a sequence in which a previous generation Toyota Land Cruiser is chased by two new Range Rover Sports — presumably with henchmen onboard.

The inclusion of the V8 Vantage is a surprise, though, as previous reports have suggested Bond’s star car in the upcoming movie will be the new Aston Martin Rapide E grand tourer, which would be 007’s first pure-electric car and a thoroughly modern choice for the spy.

Of course, the appearance of the V8 Vantage by no means rules out the inclusion of the Rapide E; it’s possible Bond has already wrecked that model by the time he reaches Norway. Or perhaps, as with the DB5, Bond chose an older model to help him stay “off grid” while hunting down the bad guys.

We’ll know for sure when the film hits cinemas in April next year.

Ready to rumble: 2018 Aston Martin Vantage takes on the Porsche 911