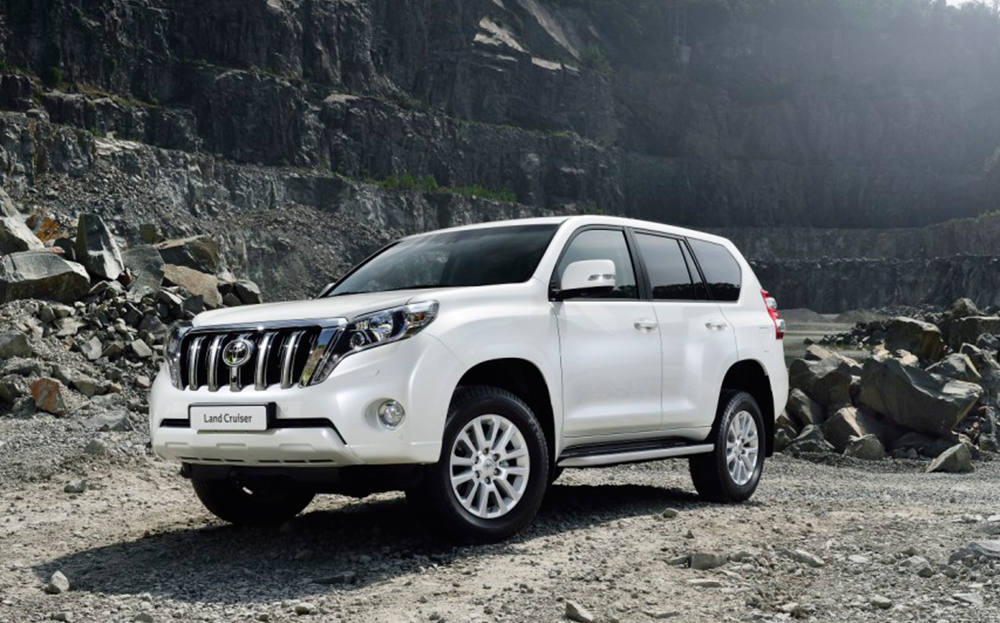 AS A well-equipped Range Rover now hovers round the £100,000 mark, it’s easy to see why enthusiasts of large and lofty off-road cars might pause for a moment when they note that a top-spec new Toyota Land Cruiser is not much more than half that.

This has happened before. When Toyota launched its workhorse in Australia, Land Rover had a 90% market share. A few years later it was down to 2%. The Australians had become used to welding up their British cars after just one 600-mile drive to the nearest shop, and now here, all of a sudden, was a car that never snapped in half at all. Not even when you loaded it up with 24,000 gallons of lager and threw a bulldozer at it to demonstrate your manliness.

Today Land Cruisers are the transport of choice for the UN and everyone else who’s genuinely, life-or-death serious about getting to where they’re going, no matter what the terrain. They have been used as gun platforms by militiamen in troublespots across the world.

When James May and I needed a car to take us over the sea ice to the magnetic North Pole,  Toyota was the choice; we didn’t hesitate for a moment. You don’t, when you’re going to a place that is seven hours’ flying time from the nearest tap.

But you’re not doing that. You have no plans at all to visit Timbuktu in the near future. You need something for the school run and you’re thinking, “Hang on a minute — £52,960 for a large, leather-lined seven-seater? Where’s the catch?”

On paper there isn’t one. The diesel model I tested came with rain-sensing wipers and dusk-sensing headlights and electrically adjustable, ventilated seats and 14 speakers and Blu-ray rear-seat entertainment and satellite navigation and side steps and triple-zone climate control and so on and so forth. And because it’s a Toyota off-roader, none of it will go wrong, ever, even if you drown it and push it off a skyscraper and blow it up using dynamite.

But there are a few downsides that I ought to mention. First of all, it’s big. Too big. There’s a restaurant in Notting Hill that I have used for 10 years, and not once in all that time have I been able to park — legally, at least — outside.

But on my first day with the Toyota I couldn’t believe it. A meter was free. And it remained that way because the Land Cruiser simply would not fit. This made me angry — and that’s just the start.

The next problem is the styling, which was plainly done with all the lights turned off, because, my God, this has looks that would make even its mother vomit. Its grille looks like the sort of thing you’d find at the bottom of a Victorian’s fireplace and its headlights resemble Arnold Schwarzenegger’s eyes in that Total Recall moment when he falls down a mountain on Mars.

To make matters worse, it appears to have been given wheels only as an afterthought. They are more or less the right size for an Austin Metro, but on a car that has about the same bulk as a cruise liner they look ridiculous. 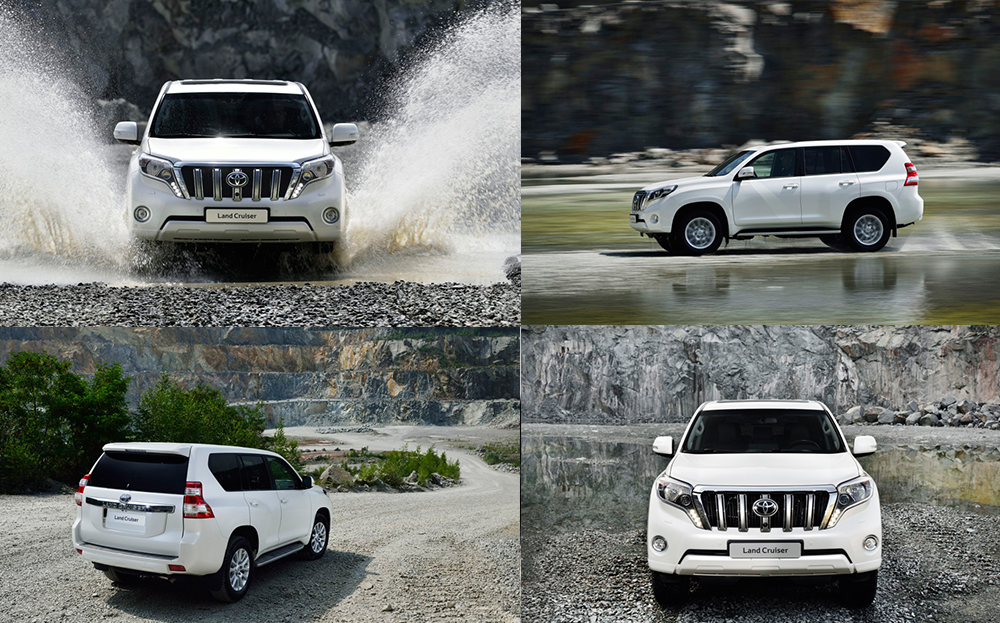 Inside, everything is worse. All the controls appear to have been fixed to the dash by the principle children use when playing pin the tail on the donkey. Nothing is where you expect it to be. Mainly because the whole of the centre console is taken up by one giant knob that does absolutely nothing at all.

Operating the sat nav is nigh-on impossible. To reach the dial that adjusts the scale you need a left arm four miles long, and to turn off the booming voice you need a degree in astrophysics. And if by some miracle you do manage to put in the correct address and turn the shouty lady off and get the scale right, you are told unceremoniously that you will arrive half an hour after you were expecting. Who fitted this feature? Eeyore?

One reason, I suspect, for the pessimism is that the software doesn’t know where anything is and has no clue how to get there. Twice it told me I had arrived when I was in the middle of a field, looking at where I wanted to be from the other side of the Thames.

There’s another reason, though. It knows that no matter how hard you push it, the engine is not capable of making up time. It makes a gravelly noise about a minute after you put your foot down, but that’s about it. Toyota says it will get from standstill to 62mph in 11 seconds. And that flat-out it’ll be doing 109mph. Which means it has the sort of performance that was considered lacklustre in 1982.

And that’s just the start of it. The steering wheel appears to be connected to the actual wheels by something made out of rubber bands and safety pins. And the brakes? At first you think nothing is happening at all, so you stand on the pedal with all your might, and then it feels as though so much energy is being used that the planet is shifting slightly in its orbit around the sun.

And now we must address the biggest problem of them all: the complete lack of comfort. A switch is provided — near the glovebox, obviously — that changes the suspension from Sport (that’s a laugh) to Auto and Normal, but in all three positions the result is the same. Deep discomfort and a sense the chassis is flexing every time you go over a pothole. You don’t drive this car. It lurches along and you sit there saying, “Ow.” 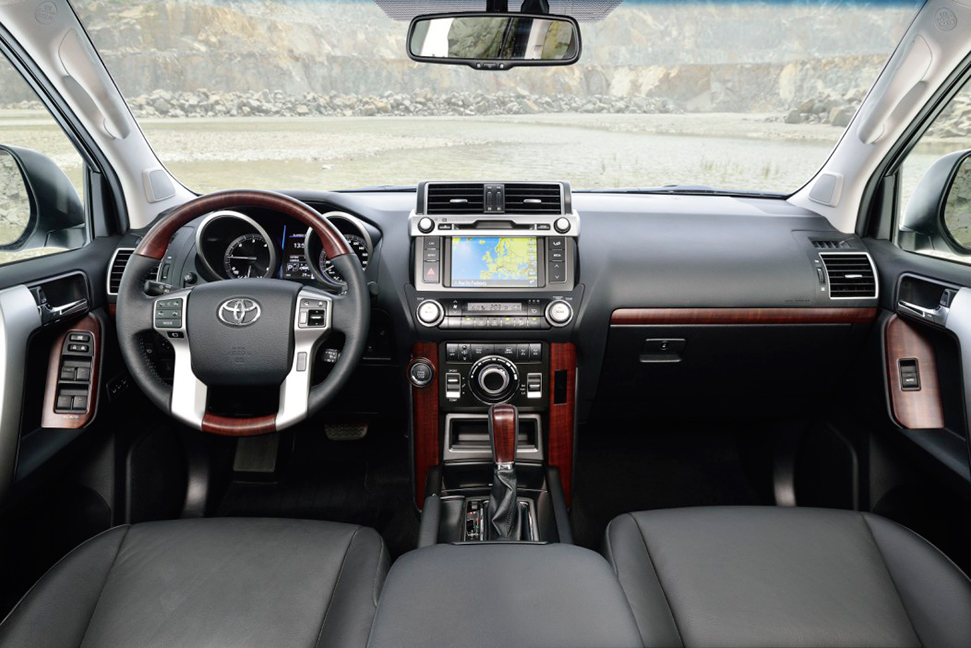 Then it goes dark, because you didn’t have enough power to get home before nightfall, and afterwards you have about as much idea of where you are as the sat nav because the headlights on dipped beam work like elderly glow-worms.

And you’re being blinded by a green light that comes on to say when you’re driving ecologically. Ecologically? In a car such as this? That’s taking the concept of relativeness to new and uncharted heights, that is.

This car is rubbish, and the one I borrowed bonged loudly for no reason at random intervals. That drove me nuts, until the ride had dislodged both my ears. And Isis fighters use these cars as gun platforms? How do they ever hit anything?

I suppose after such an onslaught of negativity I ought to find something about the car I liked. Um . . . er, well, I suppose that in basic, spartan, UN spec it would be a good workhorse. But like this? In a fancy suit? No. It’s a pit pony in a dressage competition.

Yes, a Range Rover is expensive, and the current model is fitted with a security system that seemingly allows it to be stolen by anyone with a lollipop stick and five minutes to kill.

So by all means buy the half-price Land Cruiser instead. Certainly it’s extremely likely still to be on your drive in the morning. Unfortunately.

I wouldn’t wish it on Isis

Disagree with Clarkson? Search for a used Land Cruiser here